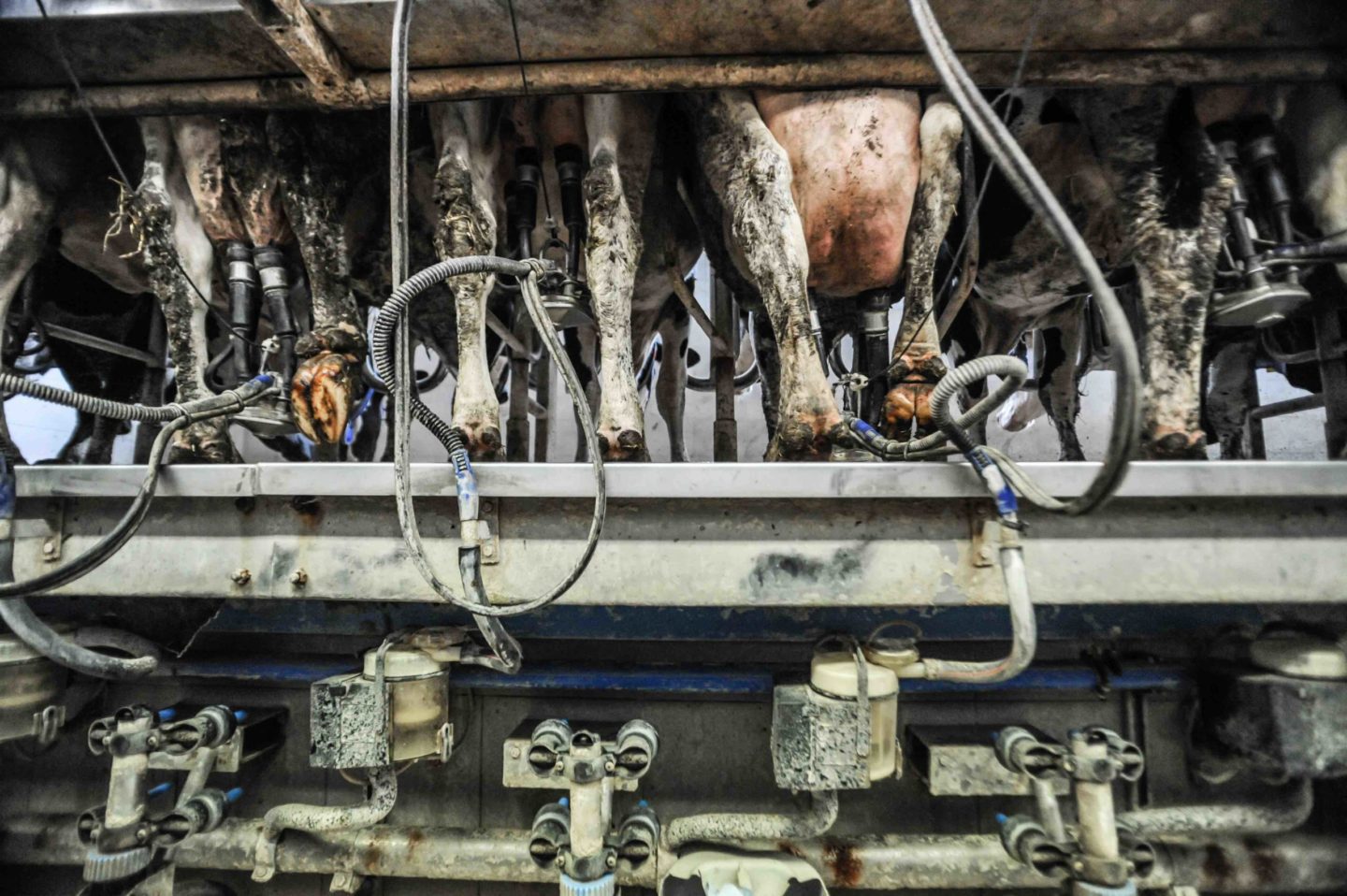 Ryan Elbe watches milk gush out of a pipe at his Wisconsin dairy farm. He stands by as gallon after gallon flows through the grates on the floor. Elbe is one of many farmers across the U.S. and Canada who started dumping thousands of gallons of milk in early April. Videos are circulating of farmers discharging milk from pipes and trucks onto open fields, or literally down the drain.

This mass dumping is a result of the entire milk market spoiling due to the coronavirus pandemic. COVID-19 has caused the effective demand for dairy to plummet. Processed milk products make up the majority of dairy consumption in the United States, according to the U.S. Department of Agriculture, with cheese in 2018 accounting for over half of milk fat consumption. Much of Americans’ cheese consumption happens in restaurants, and since most restaurants are closed for eat-in service, the overall demand for milk has dropped dramatically. Supply chains have been unable to keep up with the rapid shift to consumers eating most meals at home, leading to milk shortages in some grocery stores. Combined, these factors have led to a sudden contraction in the milk market, resulting in a massive oversupply.

Though milk’s effective demand has fallen rapidly, it may seem strange to waste the milk rather than find alternate uses. Food banks across the U.S. are reporting food shortages due to the unprecedented spike in unemployment. Processing milk—rather than dumping the raw product—represents a not-insignificant cost, meaning that donating large quantities of drinkable milk to food banks would cut into the dairy industry’s profits. Many dairy collectives are continuing to pay farmers for the milk they produce, but are asking farmers to dump the milk rather than send it to processing facilities. While dairy farms are continuing to operate, many farm owners are wondering when the decreasing price of milk will force them to make difficult decisions like laying off workers or culling—killing—their herds.

As the media covers this sudden contraction of the milk market, dairy cows remain the missing characters in this story—as is often the case. With their milk being flushed down the drain, dairy cows continue to be held in inhumane conditions and mistreated by agricultural workers. Dairy cows are forcibly impregnated by humans, only to have their offspring taken immediately after birth in order to maximize the quantity of milk available for human consumption. Life for dairy cows is defined by cramped quarters, infectious diseases, and short life expectancies. These injustices are particularly outrageous when considering that much of the milk produced by these suffering cows is now going entirely to waste.

Dairy farmers and dairy cows are not the only ones negatively impacted by the inhumane practices and norms of agribusiness. Reports have surfaced that a Smithfield Foods meat-packing facility in South Dakota became a hotspot for COVID-19 due to the management taking inadequate measures to protect its workers. Chicken farmers are being compelled to “depopulate” their flocks due to the closures of meat-packing plants; millions of birds are facing cruel and untimely deaths. President Trump has signed an Executive Order forcing meat-packing plants to stay open during the coronavirus pandemic; the Order protects plant owners from legal liability if their workers get infected, but contains no provisions to protect the workers themselves. Agribusiness’s callous treatment of its employees has reached a new low.

The current crisis in the milk and meat industries starkly contrasts with the image that agribusiness has attempted to create for itself. The dairy industry cultivates an image of being a down-home collective of rural friendly farmers. The meat industry seeks to portray itself as a rugged group of intrepid ranchers. Both of these industries are largely consolidated and controlled by major corporations; aside from profit motive, animal agriculture is built largely on the exploitation of workers and animal cruelty. The farmers are the public-facing symbols of the industry, yet they hold very little power compared to the multinational conglomerates that control them.

Accurate predictions are virtually impossible during this pandemic; as such, anticipating how food systems will adjust once the coronavirus has passed is exceedingly difficult. COVID-19 has the potential to spark significant changes in the agricultural industry, giving citizens an opportunity to influence its direction. Animal rights advocates and concerned voters can lobby elected officials to limit the use of government funds to support industries that engage in animal cruelty and mistreat their employees. This latest crisis in the agricultural industry could lead to meaningful reforms that improve the lives of billions of animals. The coronavirus is changing many things, but most of all it is exposing the truth of what was already happening in many aspects of life. For agribusiness, this crisis exposes that the industry does not value its consumers, its workers, or its animals—only profits.