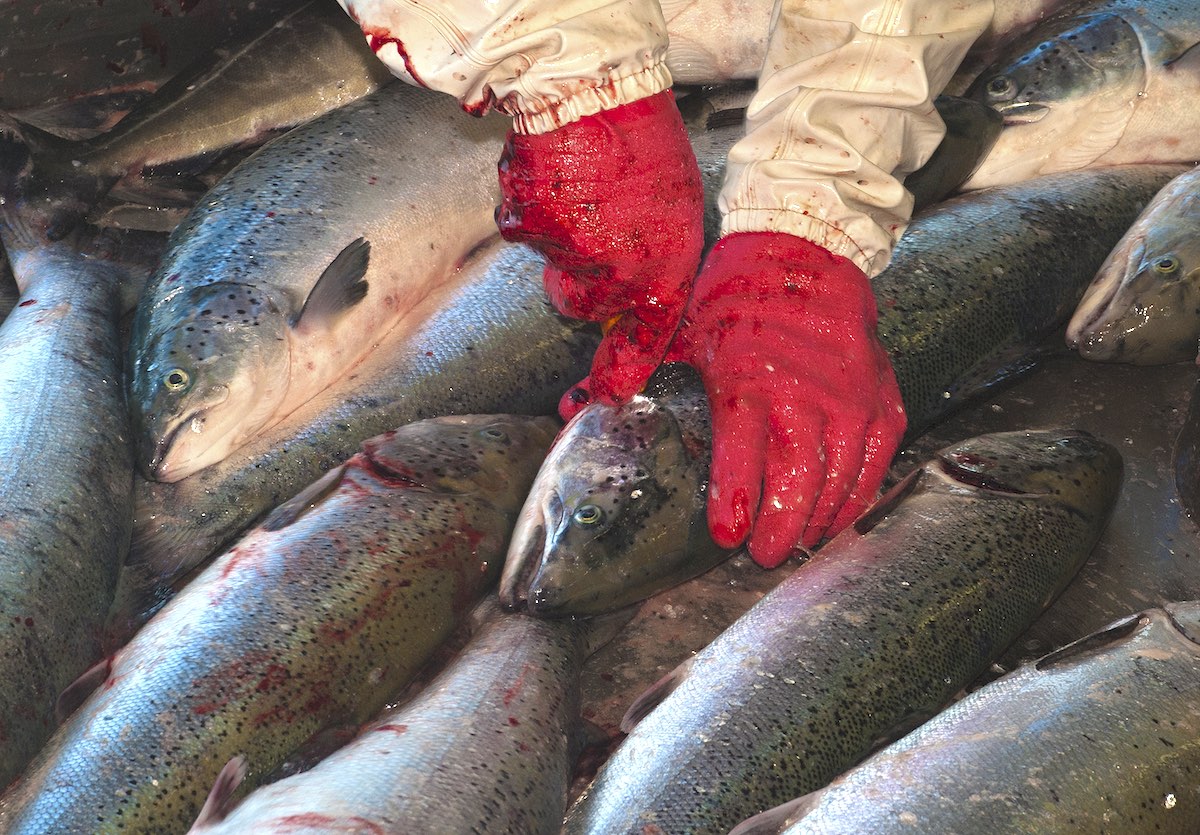 The Animal Rights Revolution: Coming to a Grocery Near You

To some, the headlines come as a great surprise. To others, the notion has long been obvious. It’s Official: Fish Feel Pain, declared Smithsonian Magazine; Scientists say fish feel pain, read the Washington Post; Are we wrong to assume fish don’t feel pain? asked The Guardian, and most recently, Fish can feel pain in similar way to humans, says The Independent. An animal long-thought too simple to feel and too inconsequential to consider on any ethical level has now been deemed sentient, capable of experiencing pain, and keen on avoiding it. But how will this impact the way we treat fish—the animal (vertebrate) we kill more than any other on earth?

It is estimated that humans kill about a trillion fish each year, mainly via prolonged suffocation. This method of slaughter would typically be deemed inhumane and illegal for other food animals but is permitted for fish due to a very species-specific form of apathy, fostered in many of us from a young age.

In much of western culture, gone fishing is considered a wholesome family activity, a staple of childhood, even a rite of passage for some young boys into manhood. Children are often taught that fish differ from other animals; that hooking them, allowing them to suffocate, and cutting them open is in no way like doing the same to one’s pet kitten or puppy. Fish have small brains, we had been told. They don’t feel anything and are not self-aware. So treating them this way, like objects of amusement, unfeeling beings, is actually a-okay.

But now we know otherwise.

In his 2018 article for Smithsonian Magazine, It’s Official: Fish Feel Pain, author Ferris Jabr states, “At the anatomical level, fish have neurons known as nociceptors, which detect potential harm, such as high temperatures, intense pressure, and caustic chemicals. Fish produce the same opioids—the body’s innate painkillers—that mammals do. And their brain activity during injury is analogous to that in terrestrial vertebrates.”

Jabr details scientific findings from various researchers, including University of Liverpool biologist Lynne Sneddon. In one test, Jabr describes, Sneddon gave zebrafish a choice between two aquariums: one barren and one enriched with gravel, greenery, and a view of other fish. “They consistently preferred to spend time in the livelier, decorated chamber,” he explains. When some fish were then injected with acid, “and the bleak aquarium was flooded with pain-numbing lidocaine, they switched their preference, abandoning the enriched tank.” The study was then repeated, Jabr writes, but “rather than suffusing the boring aquarium with painkiller, she injected it straight into the fish’s bodies, so they could take it with them wherever they swam. The fish remained among the gravel and greenery.”

Sneddon’s work was also discussed in the more recent article for The Independent. “When subject to a potentially painful event, fishes show adverse changes in behavior such as suspension of feeding and reduced activity,” says Sneddon, “which are prevented when a pain-relieving drug is provided.” She adds that when a fish’s lips were given a painful stimulus, “they rub the mouth against the side of the tank much like we rub our toe when we stub it.”

While there is growing consensus among experts regarding fish sentience, there continues to be debate around the degree to which fish feel pain, namely due to a lacking neocortex. This, however, is beside the point. Knowing that fish have the physical ability to experience pain to any degree, and demonstrate the desire to avoid it, should be more than enough to avoid causing them pain. As Sneddon states, “If we accept fish experience pain, then this has important implications for how we treat them.”

When it comes to humane handling and slaughter, fish are arguably the least legally protected animals on earth. Even as research mounts about fish sentience and suffering, no significant changes regarding their welfare are being made on any legal or political level. Advocacy and activist groups, including Fish Welfare Initiative, Fish Feel, and Let Fish Live are instead working to bring fish suffering into a greater spotlight in the animal rights world and into the broader cultural consciousness. The hope is that individual consumers will harness the change themselves and stop consuming fish.

And thankfully, plant-based fish alternatives appear to be the next big thing in the booming plant-based foods market. Impossible Foods announced this past summer that they are now working on a fishless-fish. And companies such as Good Catch, V Bites, and Gardein already have popular products in stores.

Though it may still come as a surprise to some people that fish feel pain, for those who already hold the moral baseline that animals are not ours to use in any way, this new research only further validates these values. Like a person, like a kitten, like a pig, neither do fish deserve to be ripped from their homes and needlessly suffocated to death.