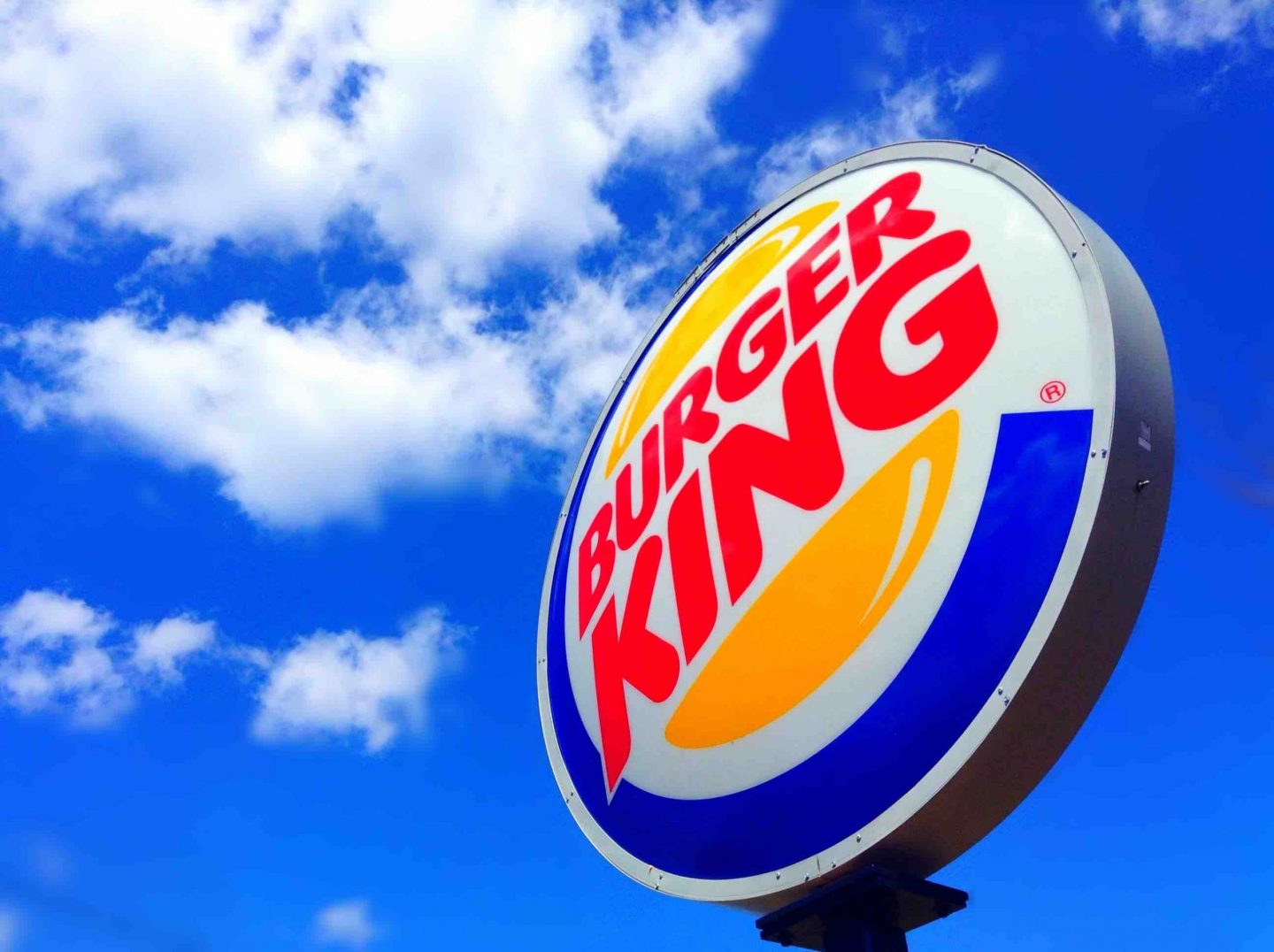 July is over and with it Burger King’s short-lived but much-touted experiment with low-methane burgers. Two weeks ago, an ad for burgers made from cows fed with lemongrass to reduce the climate impact of their burps went viral, garnering the company free advertising by virtually all major media networks as well as some well-deserved criticism. Now the ad, like all things viral, is on its way to being forgotten, and the allegedly low-methane burger will fade off menus. But the whole episode can tell us a lot about how meat producers are greenwashing their products.

Burger King, like other companies that sell beef, is beginning to feel the heat from global climate change, and they are responding to the climate crisis by presenting unsustainable products as environmentally friendly. Don’t be fooled. Any way you slice it, beef’s climate cost can’t be reduced with marginal fixes like lemongrass.

The viral ad announcing Burger King’s new “low emissions” burger is a joke—and a fart joke at that. It opens with a boy styled in a white cowboy suit with a guitar in hand. He kicks open a saloon door embedded in a gassy bovine rectum (yes, really!) and, backed by a chorus of two-stepping tykes, he honky-tonks his way through psychedelic pastures and rolling hills among farting woodcut cows. The kids dance past melting icebergs and above billowing methane clouds, before donning hats decorated with lemongrass tufts. “Since we are part of the problem, we’re working to be part of the solution,” Burger King concludes. But they’re only half right!

The scene sure is something, but the science is dubious. Cows mostly burp, not fart methane. That Burger King is sniffing the wrong end of the cow is, at best, a joke and, regardless, a reminder that the company is in the burger business and not science business. The 33 percent methane reduction the company promises by switching to “low emissions” beef is also misleading. The claim is not based on peer-reviewed science, and the alleged reduction only accounts for emissions in the final “fattening” stage of production—as opposed to a cow’s entire life—meaning its total contribution to reducing greenhouse gasses (GHGs) is probably closer to 3-4 percent. Tellingly, Burger King released the ad on the same day that scientists announced that global methane emissions have grown dramatically in the past two decades.

Burger King’s ad is just the latest example of a growing trend of greenwashing in beef marketing. Beef industry organizations such as the National Cattlemen’s Beef Association and the Beef Checkoff Program regularly issue press releases and factsheets touting the “sustainability” of beef, while major beef producers publicly swear they’re cutting GHG emissions. And it seems to be working, with some major media organizations lapping up the message that “Low-methane meat is a thing now.”

It’s easy to see why Big Beef is working hard to cast their product as climate-friendly. Over the past two decades, the meat industry has come under intense scrutiny for its climate impact, with beef singled out as the biggest culprit. Livestock—between methane emissions, the production of feed, and other production costs—contribute about 15 percent of total global GHGs and, since cattle make up 40 percent of that, cattle alone make up about 6 percent of humanity’s GHG footprint. In the U.S., cattle represent 3.7 percent, or about 240,500,000 metric tons, of GHGs per year.

The average American eats about 57 pounds of beef per year, and between the domestic and export market, the U.S. produces around 27 billion pounds annually. That’s 33.6 million head of cattle, with just four enormous producers—Cargill, Tyson Foods, JBS USA, and National Beef—accounting for 85 percent of the supply. These cattle have a massive environmental footprint and require an enormous amount of land.

Beef advocates are mustering a defense of their climate impact under the slogan, “It’s not the Cow. It’s the How.” Some acknowledge the impact of large-scale, feedlot-fed beef, but encourage smaller-scale “regenerative” agriculture. These advocates contend that cattle grazing stimulates carbon sequestration in soils and that cows’ manure can substitute for carbon-intensive synthetic fertilizers, thereby offsetting methane emissions and making cattle GHG-neutral. Evangelists of regenerative agriculture argue that it could become the dominant form of cattle production. This is unlikely. Not only is the scientific community not sold on its climate benefits, but the system cannot be scaled up to supply low-cost beef to low-cost retailers and restaurants like Burger King. According to Matthew Hayek, Ph.D., who studies the environmental impacts of our food system at New York University, there simply isn’t enough land in the U.S. to graze all those cows.

For the commodity beef producers, meanwhile, their only option is to find ways of cutting emissions within existing production chains. Increasingly, they have resorted to changing cows’ diets to try and reduce their carbon footprint. Studies have shown, for instance, that feeding cows seaweed can potentially reduce methane emissions by upwards of 60 percent. The industry has been quick to use these studies to boast that they are part of the solution to global climate change.

But these methane reductions are theoretical, marginal, and impractical. Globally, most cows eat a standard diet. It is unclear that feed additives can be produced affordably at scale. Enormous monocultures of algae required for cattle feed may also have serious ecological costs. And, like Burger King’s sustainability claims, these solutions focus primarily on the “finishing” stage of production. To put it simply, there’s no such thing as a zero-emissions cow, and even a reduced-emissions cow produces far more GHGs than other protein sources. And none of this addresses the cattle industry’s other ecological impacts, like deforestation and contamination of waterways. This solution is also incompatible with regenerative agriculture: feed additives require standardization and scaled mass confinement, exactly the thing regenerative grazing is supposed to eliminate.

Big Beef is trying to put lipstick on the, er, cow. The emerging scientific consensus is that beef production needs to be massively reduced globally, and diets need to adapt if we’re to keep food production within planetary limits.

Meanwhile, the entire meat industry now faces heightened criticism unrelated to GHGs. Recently, we’ve seen packers strong-arm vulnerable workers into COVID-19 “superspreader” slaughterhouses. We’ve seen the industry respond to production bottlenecks by “depopulating” (industry-speak for killing) millions of farm animals. We’ve seen hurricanes dump millions of gallons of livestock manure into drinking water. Now add this to the butcher’s bill: agriculture is responsible for half of all zoonotic disease and a full quarter of all infectious diseases since 1940.

This moment of crisis should be a moment of transformation, not greenwashing. Whatever consumers choose to order at Burger King (we recommend the meat-free, actually low-impact Impossible Burger), we should not applaud solutions that trivialize the scale and nature of the problem. Big Beef must be regulated to ensure that its workers are safe and that the price of its product reflects its true cost to the public, workers, future generations, and animals. It should be taxed, and those monies should be invested in public projects aimed at environmental sustainability, GHG reduction, and the development of cellular agriculture that would allow consumers to eat beef without the cows and their burps. And, ultimately, industrial animal agriculture should be eliminated.

In the meantime, being a conscientious consumer is hard. We all make compromises. But if you think that eating Burger King’s “low emissions” burger is a real solution, you’re the sucker. Want to save the planet? Opt for the salad. It’s that simple.