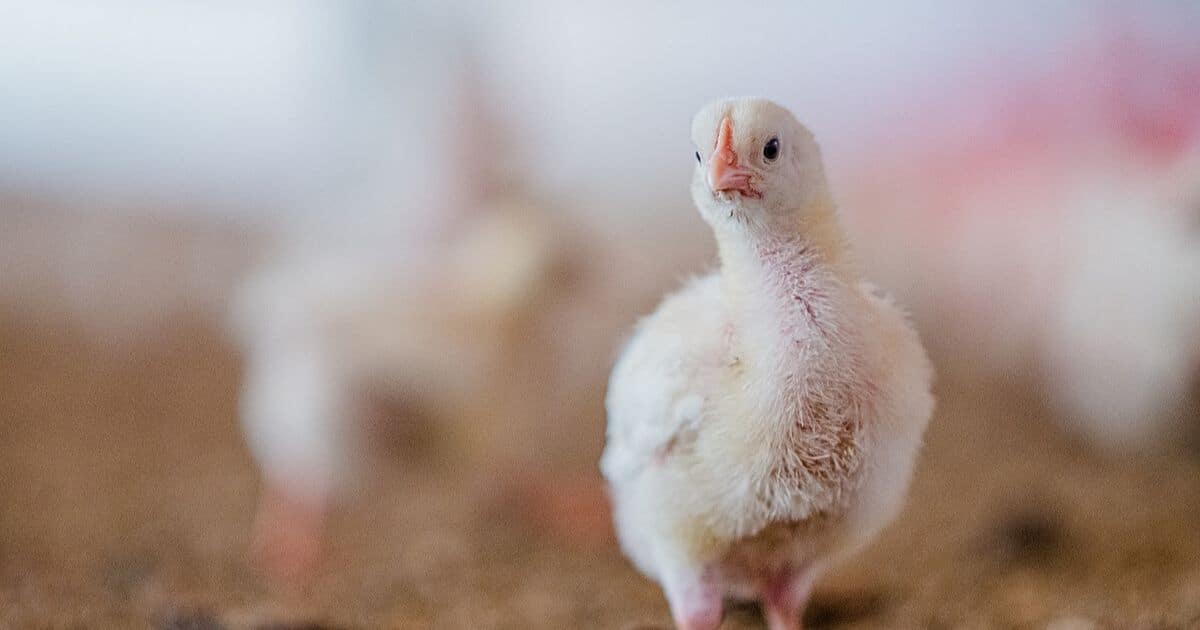 It isn’t common for a poultry product to have its own dedicated fan page, but Costco sells millions of its flagship product each year — 91 million in 2018, to be exact. But what is behind the enormous size and $4.99 price tag of Costco rotisserie chicken?

What’s in a Costco Rotisserie Chicken?

According to USDA guidelines, organic chickens, unlike other chicken products, are fed organic feed, not given antibiotics, kept free from most synthetic pesticides and given at least theoretical access to outdoor space in factory farms. Unfortunately, Costco’s farming practices do not meet these criteria. In fact, an expose recently revealed overcrowded farms and extremely filthy conditions at a Costco supplier. Many birds had infections, open wounds and other untreated health conditions. They lacked access to the outdoors and even to windows.

Not only are these conditions not up to humane standards, but they pose risks for consumers, especially increased risk of salmonella and campylobacter. Indoor factory farms can also become breeding grounds for infectious diseases. In April of this year, Costco authorized the killing of 500,000 birds to prevent the spreading of avian flu in their Nebraska factory farms. Costco has not yet indicated if it plans to change farming conditions, indicating that risk factors for avian flu pandemics in their chickens remain high.

Costco’s process of raising chickens does not meet the standards of an organic label and Costco has not indicated that it intends to change this anytime soon.

Currently, the USDA does not prohibit antibiotics for chicken farming, though a “withdrawal period” is required between administering antibiotics and slaughter to ensure no drug residues remain in the bird’s system. Costco also allows antibiotic use in its farms, although they have been curtailing use in recent years, and have committed to phasing out the use of antibiotics that are important for human medicine. Still, while Costco has promised a plan to achieve this limited goal by the end of 2022, no such plan has been released.

Not only is this bad for the individual health of the consumer, but systemic antibiotic overuse has negative implications for the future of humanity. The World Health Organization has called antibiotic resistance one of the “biggest threats to global health” since it can create viral strains of “superbugs” that resist treatment. Some scientists have predicted that these superbugs will kill 10 million people annually by 2050. Today, 66 percent of worldwide antibiotics are not given to humans but instead given to farmed animals intended for human consumption.

Thankfully, consumers need not worry about hormone ingestion when buying poultry products. According to the USDA, growth and other hormones are not permitted to be injected into any chicken prior to slaughter. However, hormones are permitted in other forms of animal agriculture, including beef and milk products.

Why Are Costco Chickens So Big?

For decades, chicken farmers have been selectively breeding broiler chickens who are sold for their meat to promote growth rates, taste and size. This has led these chickens to grow nearly six times faster and to double in size since the 1950s. Chicken farmers are keeping up with skyrocketing American demand: nearly 90 pounds per person annually. Costco is only one of many supermarket giants to take advantage of long-running farming practices to save money while selling chicken meat to the hungry consumer.

Is Costco Chicken Bad for You?

There is a reason Costco’s rotisserie chicken is popular year after year — taste. However, some of the additives in the product, intended to improve the flavor, have also raised eyebrows among nutritionists and scientists.

According to Consumer Reports, a saline solution is injected beneath the skin of the product to improve taste, leaving the product with 460 milligrams of sodium per three-ounce serving. This is nearly a third of the recommended daily limit, according to the American Heart Association. Excess sodium is a risk factor for a host of serious health conditions, including heart disease, stroke, kidney stones and osteoporosis.

Sodium phosphates, a preservative used to increase the shelf-life of processed meats, can artificially increase phosphate levels in the bloodstream when eaten in excess. Left unchecked, this can result in decreased bone density or heart disease. Limited studies have suggested that carrageenan may promote bloating, inflammation and bowel cancer, though others have concluded that this evidence is at best inconclusive. Rotisserie chicken is also high in saturated fat. Diets that are high in saturated fat have been linked to increased risks of heart disease.

What Are Some Healthy Alternatives?

Research suggests that a diet rich in plants and low in saturated fat and cholesterol can have a plethora of health benefits, including promoting beneficial gut bacteria, and reducing high blood pressure.

Thankfully, every day delicious new products hit the shelves to expand our access to plant-based options that are easy on the heart and on the wallet. Vegan Fried Chick*n, Greenwise Chicken Strips and Gardein Chick’n Strips are all delicious and budget-friendly alternatives available in most groceries across the U.S.

Why is Rotisserie Chicken So Cheap at Costco?

The price of Costco’s rotisserie chicken has remained stable for over a decade at just $4.99. But this price, a boon for customers, hides unsavory business practices. Costco is the only major consumer retailer to engage in vertical integration, a business practice in which a company owns several or all of the links in the supply chain (in this case the farms, slaughterhouses and retail centers) in order to save on business expenses.

Historically, vertical integration has harmed family-run businesses who are unable to keep up with the artificially low prices of their bigger competitors. This is compounded in the case of Costco rotisserie chicken, which is sold at a loss in order to entice consumers into stores. Business practices like these are driving increasing calls to regulate consolidation and the methods of large businesses in the animal agriculture sector.

The company’s animal welfare practices also have an impact on the price the company can charge. Costco was one of the few poultry producers that hadn’t signed the Better Chicken Commitment, a series of animal welfare goals, but in 2021 the company announced it would work with Mercy For Animals to reform its welfare practices. In 2022 however, one of Costco’s Nebraska chicken farms was sued for animal abuse that violated state guidelines, specifically using fast-growing chickens that suffer unnecessarily during their brief lives. Costco’s poor animal welfare practices are so egregious that Bronwen Barry, the original creator of the Costco rotisserie chicken fan page, has now begun boycotting the product.

The low price of Costco rotisserie chickens hides an intensive animal farming system that exploits animals and workers in order to produce cheap poultry. You can contribute to Transfarmation, a nonprofit seeking to help farmers convert their livestock operations into more sustainable and ethical plant-based enterprises. And the next time you are walking down a Costco chicken aisle, you will know more about the high price behind that low cost.

This piece has been updated to reflect Costco’s announcement that it would work with Mercy For Animals to reform its welfare standards.