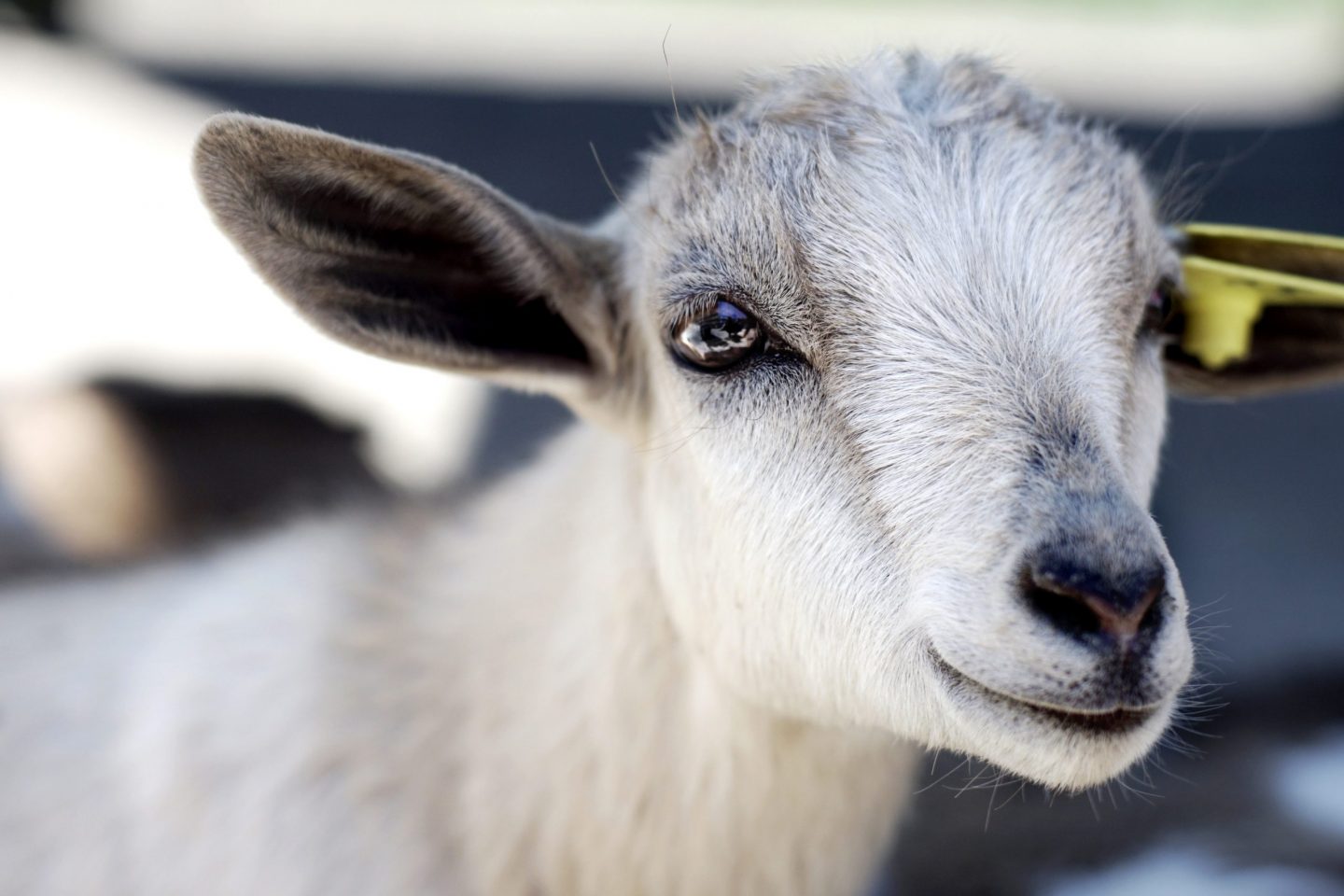 Susana Romatz doesn’t consider herself to have been a farm kid, per se, but her grandfather did raise rabbits for meat. Looking back now, she says that navigating that as a child is likely what gave her the “skill-set for disassociating” early on. “I knew what he was doing with them, and it gave me that toolbox to shut that feeling off,” she says.

It was this ability to turn away from her emotions and instincts that would allow the animal-loving, on-and-off-again vegetarian to take work as a farmhand on a goat farm in western Oregon. It’s an experience, the now-vegan—and vegan cheese-maker—says she is still trying to heal from.

At the time, Romatz was a new teacher seeking additional work for extra cash. She wanted something outdoors and physical. That area of Oregon is considered quite progressive, she says. “Ethical,” “free range,” “organic,” products abound. So when a “humane” goat farm was looking for help, she says that she was on board. “I kind of started to buy into that line of reasoning, that you can keep an animal, do animal husbandry, in a way that is kind to the animals,” she recalls. It didn’t take long though, until “things started to disintegrate that idea.”

What made this particular goat farm—which produced milk and cheese and sold goats for meat—“humane” was that the animals were free-range. “They had a lot of land,” Romatz says, and the farm was “family-owned.” Romatz soon realized, though, that these things meant very little. “Just because it was higher up on the level of kindness to animals, compassion to animals, there were still some things that were really bothersome to me.”

At the top of that list, she says, was the disbudding of baby goats—kids—without anesthesia. Disbudding is a standard farming practice, done to stop the growth of horns, and purportedly to prevent property destruction and horn-related injuries. (Horn-related injuries to other animals commonly occur in confined spaces.) Without anesthesia, most animal welfare and rights groups condemn the practice, though it remains common.

“It was really horrifying,” she recalls. “They actually shrieked. [The farmers] would have to hold them down and basically burn off their horn buds with a hot electric poker.” She says some of the kids would never go near humans again. “It was one of the things I had to work really hard at shutting off. I had to not think about it. I could tell it was very, very painful.”

Romatz says that she tried justifying it to herself at the time by considering animal agriculture a trade-off. “With animal husbandry, there are trade-offs that you have to make when you are commodifying an animal, no matter how much you love them. You can’t capitalize on their bodies without making certain decisions that might be questionable,” she once believed. “When you are using animals in that way, you have to make those kinds of decisions,” to earn a financial profit.

But even as Romatz attempted to take a pragmatic approach—much like that of the farm owners—she always felt, in the back of her mind, that it was all very wrong. “The commodification of animals, milk, and bodies in that way, keeping the goats pregnant pretty much year ‘round, being fed grain [rather than their natural diet] year-round to keep them lactating, I knew it all had to be hard on the goats’ bodies.”

The separation of mothers and newborns also weighed heavily on Romatz. “The baby goats were taken away from their mothers almost immediately,” she says. In the dairy industry, mothers and newborn calves are routinely separated in order to reroute milk for human consumption. With the goats, Romatz says she was told by the farm owners that mothers needed to be separated from calves due to fears of a particular virus, the caprine arthritic encephalitis virus, transmitted through the mothers’ milk. (Administering blood tests to identify infected animals and removing them from the herd is also an effective solution.)

Romatz says that the calls between the moms and babies were indisputable. “This is something I would experience on a daily basis during kidding season,” she says, “when there were lots of babies kept in a pen, and lots of the does [mothers] kept in other pens, and you could hear them calling back and forth to each other.” Only the female kids were isolated, though, as the farm owners needed only them to stay healthy—so they too could become perpetually impregnated and lactating one day. The male kids were free to potentially become infected with the virus, she says, because they would be sent off to slaughter at two or three months old anyhow. “It was definitely sad,” she says, of the days the baby boys were sold, “knowing where they were heading.”

In order to mentally cope with with the work, which Romatz did for three years, she says, “you just keep shifting your bottom line, you keep shifting it, until you get to the point where you’re just like, ‘Wow, how was I even able to walk into that every day?’”

Eventually, Romatz left the farm to focus on teaching. She says that it was a relief to no longer have to mentally block out many aspects of her professional work. “All that work you’ve been doing to hold back those thoughts, you can’t do it anymore, and the flood comes, and then you can’t see it the same way ever again.”

Romatz went vegan two years after leaving the farm. After she and her partner rescued a dog, she says, “My partner just texted me and said ‘I can’t do animal products anymore,’ and it literally was so fast that I was able to switch. It took me maybe half an hour.” She says that it just felt right. “It was like everything just fell into place at that moment. All these little doubts and feelings I had been having all this time, and I had been fighting against them, or trying to convince myself—it’s that cognitive dissonance.” She recalls a “constant battle inside myself, doing things that were totally opposite from what my beliefs are.” When deciding to go vegan, “it was so easy for me to finally let all that go. [I realized] that was all an illusion, that was a lie to get me to spend money, a lie to get me to stop looking further into this.”

Now, Romatz feels a sense of wanting to make up for her past. In addition to being vegan, Romatz is a vegan cheese advocate, of sorts. Out of necessity, she began making her own vegan cheeses, using locally grown hazelnuts and special vegan cultures that she created herself. The cheese is very labour-intensive and expensive (she notes that nut farms are not subsidized in the way dairy farms are) so, for now, Romatz only makes cheese for family and friends. Romatz has a great desire to educate others; she sells her vegan cultures online and provides information and recipes on her website—“to give other people the tools to make these cheeses themselves.”

As for the owners of the goat farm, which is still in operation today, Romatz says, “they aren’t bad people.” They just see things differently. “It was just the older [farmers’] view that animals are more like property,” she says. “They took care of the animals to the degree they needed to [be profitable].”

Romatz believes that the bombardment of messaging—from media, culture, tradition, and family—enables some of us to “become disassociated from the reality of what you are actually experiencing.” She says that it took her a few years before she could really understand all that she experienced on the farm, “before I could allow all the things that had happened there to start to soak in, to realize how I had tricked myself to be able to work there.”

“I Remember Their Eyelashes”: Why I Chose to Stop Consuming Dairy

Yes, Starbucks Should Drop Its Plant Milk Surcharge — and Do A Lot More