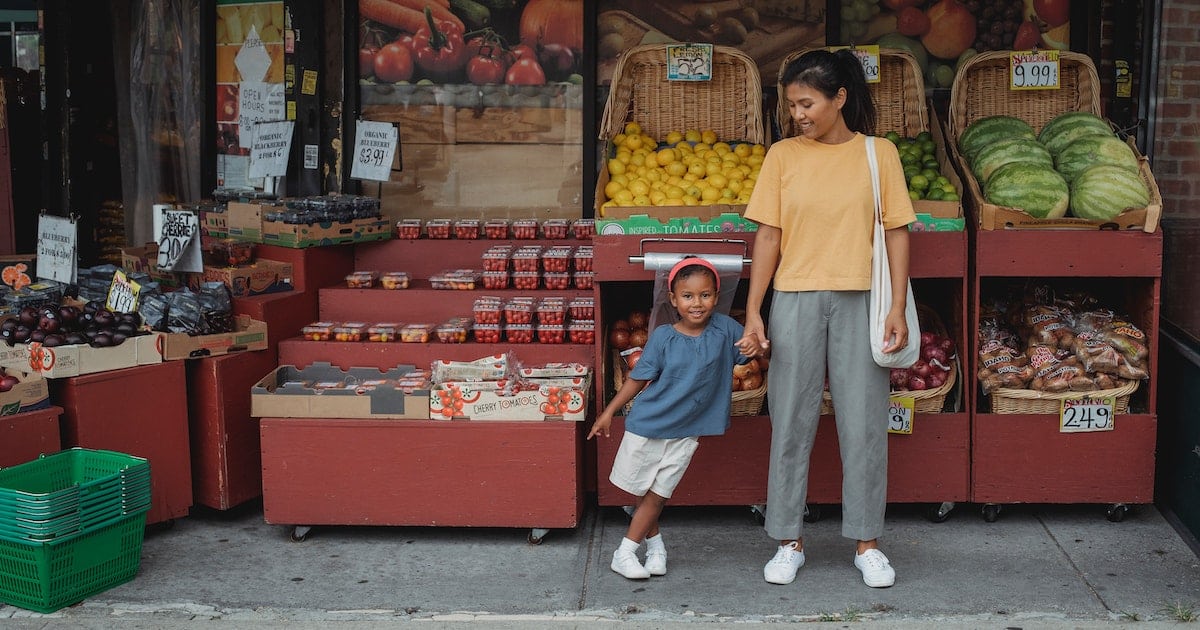 The charts of veganism’s popularity over the last several years have climbed like staircases steadily from left to right, year after year, whether looking at veganism as a diet and lifestyle, as a keyword, or as a growing market trend. While the data online about veganism’s growth is not comprehensive, the Guardian estimates that there are 79 million vegans around the world.

Veganism is a philosophy that seeks to avoid the unnecessary suffering of all sentient beings, practiced as a diet and lifestyle in which individuals choose to avoid ingesting or using products made from animals. It could also be considered a social movement.

There are many different ways to measure the growth of veganism. One way to do so is by looking at how popular the term is on Google Trends. The term’s popularity has increased since 2004, when data first became available, and peaked in January 2020. It first surpassed “beef” as a search term in 2016, and they are now steady competitors for search interest. Veganism caught up with the term “meat” in 2016 and has consistently surpassed it in popularity since.

How Fast Is Veganism Growing?

The countries where the term veganism is most popular on Google Trends are mostly Western or in the Global North: the United Kingdom, Iceland, Australia, Mauritius, Ireland, New Zealand, Canada, Estonia, the United States, and Sweden.

Vegan Population in the U.S.

Though they are growing, vegans are still small in number compared to the entire U.S. population. About 5 percent of respondents were vegan in the Statista Global Consumer Survey on diets and nutrition in the U.S. in 2022. The Vegetarian Resource Group conducted an online survey with The Harris Poll in 2016, 2019, and 2020, and found that about 3 percent of U.S. respondents were vegan.

Veganism in the U.S. is much more prevalent in Black, Indigenous, and other People of the Global Majority (BIPGM) communities than in the general population. About 1 in 12 Black Americans (8 percent) are strict vegans or vegetarians, according to the BBC. Ayse Deniz Kavur reports that African Americans “are the fastest-growing vegan population in the country.” Meanwhile, another poll found that nearly one-third of BIPGM in the U.S. had reduced their consumption of meat in 2019, compared to just one-fifth of white Americans.

Vegan Population in the U.K.

What Percentage of the World Population Is Vegan in 2022?

Is Veganism a Growing Industry?

The worldwide vegan food market grew from $14.44 billion in 2020 to $15.77 billion in 2021 and is forecast to continue growing for the next several years. The expected growth in the vegan food industry is due to an increasing number of people seeking to reduce how much meat they eat. Vegans and nonvegans alike are seeking to replace animal-based foods with vegan ones.

When vegans get together, it can be fun to talk about the latest vegan products on the market or other ways to spend money as vegans. Yet there is a social cost to this behavior. Michelle Carrera writes in “Veganism in an Oppressive World,” that “the increasing importance placed in the consumeristic aspect of veganism” made Carrera feel pushed out of vegan culture in New York City after moving there from Puerto Rico in 2004. Carrera reminds us that focusing on aspects of veganism that require financial wealth can dismiss the needs of vegans of color, who are more likely to be among those eating on a low budget.

In the United States and other areas worldwide, wealth can act as a proxy for race and ethnicity, with inequality stemming from structural racism in housing, bank loans, education financing, and other areas. Structural racism, according to Ayo Magwood, is the codification of societal biases through which powerful people seek to protect their economic and political interests, at the expense of both poor white people and Black people.

Plant-based meats are made by alternative protein companies. Two companies renowned for making burger patties, a staple of fast food in the United States, dominate the field. Beyond Meat and Impossible Foods are the top two contenders for global market value among alternative protein companies, the first estimated to be worth 9 billion dollars in 2021, and the latter valued at 7 billion dollars in February 2022.

Famous people and athletes often serve as inspiring popular role models due to their impressive career achievements. When such famous or high-achieving people, like Natalie Portman, turn out to be vegans, the case for veganism becomes more concrete for worldwide audiences.

One famous vegan is the California-based Latinx labor organizer Cesar Chavez. While Chavez is often referred to as a vegetarian, Chavez’s descendants told Apex Advocacy that he was actually vegan and an advocate for animal rights.

So was Seba Johnson, “the first Black female to ever ski in the Olympics,” who overcame death threats at the age of 14 to compete in the 1988 Winter Games, according to Black Vegans Rock. Johnson even boycotted the 1994 games in Norway to protest against the commercial hunting of whales that had resumed there. Johnson continues to educate the public about veganism and the oppression of human and nonhuman animals.

Why Is Veganism on the Rise?

Growth in veganism can be attributed to several factors, though it is unclear which ones are the most powerful. Popular reasons people support veganism include health, weight management, animal welfare, the environment, and the overuse of antibiotics.

In the U.S., Americans concerned with health and genetically modified foods are more likely to be vegan or vegetarian. Veganism is one of several diet-based movements. People have been finding community with like-minded people as they connect the food they eat to their personal health and wellness.

While there are vegan proponents of using restrictive diets for weight loss, it may not be the best method. Ginny Messina at TheVeganRD.com writes that diets eliminating food types for weight loss “have more in common with fad diet approaches than with a lifestyle approach that focuses on health and enjoyment.” Messina writes that long-term weight loss can be a difficult, full-time job. Therefore, people who try and fail to lose weight as a vegan should have compassion for themselves and not see it as a personal failure.

There is no “one and only guaranteed plan for permanent weight loss” that works for everyone, writes Messina with co-authors Carol Adams and Patti Breitman in “Never Too Late to Go Vegan.” Instead of focusing on losing weight, they recommend that people focus on healthful eating. They also write that weight management can be achieved by reducing one’s overall caloric intake, along with activities such as weight training “to build muscle mass,” and aerobic exercises like walking, running, intensive dance, and biking.

People who identify as vegan typically care about the respectful treatment of nonhuman animals, whether the animals are used in food, fashion, sport, or science (after Cesar Chavez). The idea of abstaining from meat and rejecting animal products has been around for thousands of years in the Global South, but the term “veganism” as it is known today was coined and popularized in 20th-century Europe and Western countries like the United States.

Climate scientists around the world have informed the United Nations that reducing meat consumption in wealthy countries is one of the best things that individuals can do to help curb climate change. One initiative seeking to address this is the Carbon Pricing Food Coalition—companies and organizations in the animal and climate justice space that have called for a meat tax in countries where people are eating too much meat.

Concern about antibiotics is rarely mentioned in major polls and surveys asking people for their motivations for eating less meat. Yet superbugs are a well-known global threat that has arisen and spread thanks to intensive factory farming of animals such as chickens and pigs. Viva, one of the leading organizations in the vegan movement in the U.K., where the vegan population grew by 40 percent in 2020 according to one estimate, makes the case for going vegan by explaining that antibiotics are no longer working to keep humans healthy—mostly because they have been overused in people and farmed animals.

What Role Do Influencers Play in Increased Veganism?

The world’s scientists agree that in the context of climate change, influencers can help community members change their behaviors and create new social norms. Getting wealthy people in the Global North to switch to plant-based diets is a demand-side strategy with “the greatest shift potential” and is an example of how lifestyle changes can, en masse, protect people in the Global South from the ravages of climate change.

In the U.K., social movements—which typically rely heavily on social media to spread their messages—“have promoted shifts to a vegan diet,” but scientists are unclear to what extent people have changed their behavior as a result of those movements. The world’s climate scientists recognize the digital economy as a “template for great narratives, hopes, and fears.” However, scientists do not fully understand the role of social media in influencing the creation and impact of such narratives around climate change.

What is clear, however, is that in the U.K. people are eating less meat, and when they do eat meat they are avoiding “carbon-intensive” beef in favor of poultry. This decline in meat-eating is the result of behavioral, social, cultural, and organizational factors, usually stemming from concern for personal health and animal welfare.

When Did Veganism Become Popular?

In Google Trends, the term “veganism” reached a 100 out of 100 interest score as a search engine term in 2019, after a steady, upward trend beginning in about 2015.

Is Veganism the Future?

Proponents of veganism see it as promoting healthy, sustainable diets that can improve personal health, animal welfare, and climate change. But how veganism is promoted differs depending on who you talk to. Pro-vegan groups within communities of color are more likely than white-led vegan groups to support equitable access to food in low-income communities and improve how farmworkers and food workers are treated on the job, writes Kushbu Shah.

One veganism trend noted by Shah is the formation of pro-vegan resources created by and for People of the Global Majority. Groups like the Food Empowerment Project and Portland Vegans of Color, cookbooks like “Afro-Vegan,” and vegan food blogs such as Jenné Claireborne’s Sweet Potato Soul, are just some examples of the work vegans of color are doing to see each other and to feel seen.

How Can You Become Vegan?

You can become vegan by avoiding eating meat such as fish, chicken, eggs, beef, pork, and other animal-based products as much as possible. Remember to also avoid dairy, including animal-based milk, butter, and cheese. Veganism is an individual practice about maintaining an ever-expanding circle of compassion that can help you reconsider what people think is normal when talking and thinking about animals, including when people use animals in science, sports, entertainment, or to make clothing.

Why Protein Isn’t a Problem for Vegans

How Many Vegans Are There Really in the U.S.?