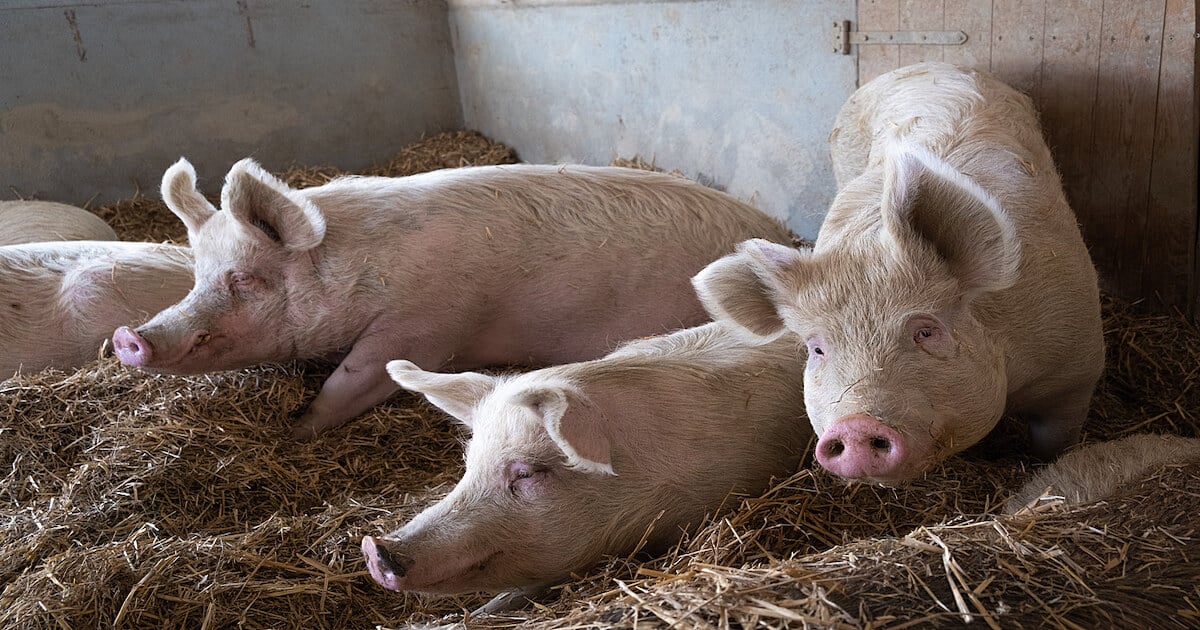 Nonhuman animals are constantly proving themselves to be capable of thought, empathy and intelligence in ways that we never expected. Our new understanding of the minds of animals is fascinating, but these realizations also make it more pressing that we begin reevaluating our assumptions about what constitutes a person.

Because we are human, it is our own intelligence that we tend to use as a yardstick for measuring the intelligence of other species. The main markers of intelligence that we display and test for are the abilities to learn from experience, use knowledge to manipulate surroundings, adapt to new situations and understand and handle abstract concepts. These broad areas represent a vast array of skills and abilities, such as the abilities to learn, remember, memorize, reason, perceive, and solve problems. As a species, we excel in all of these areas and, as a result, we expect other species that we deem intelligent to excel in them too.

Dolphins are well known to be one of the most intelligent species on the planet. They are highly capable of both learning and mimicry.

Dolphins in separate pods have been known to use mud to create traps for fish and collect sponges to use as protection as they search for food among coral. These two examples demonstrate the ability of dolphins to manipulate their surroundings and employ tools to achieve an end.

Further evidence of dolphin intelligence is found in their documented ability to adapt to new situations. Researchers found that during a construction project taking place in their waters, one pod of dolphins adapted by shifting their hunting locations and also the time at which they entered the construction zone to avoid the hours of construction.

Often associated with omens because of their jet-black appearance and distinct call, ravens are extremely intelligent birds.

Ravens have demonstrated their ability to handle abstract concepts and to plan ahead better than human toddlers. In one experiment, these birds planned ahead by up to seventeen hours, choosing a key from an array of objects that could later be used to open a box with a favorite treat inside. The ravens chose the key 90 percent of the time. This demonstrates that the ravens were planning how to get their treat well ahead of time.

Though many people think that pigs are dirty, lazy and not very smart, the truth is that not only do pigs prefer to be active and clean, they are also highly intelligent.

Four pigs housed at Purdue University’s Center for Animal Welfare Science, Omelet, Hamlet, Ebony and Ivory, demonstrated the ability of their species to learn by playing a simple video game. The game consisted of using a joystick to manipulate a dot to hit a blue wall. After hitting the wall, the pigs received a treat. All four pigs displayed skill far greater than would be expected by random chance. In order to play the game, the pigs had to understand that moving the joystick resulted in movement on the screen.

We share 99 percent of our DNA with chimpanzees, so it comes as no surprise that countless hours of research have been dedicated to understanding the intelligence and behavior of our sister species. This research has firmly established that chimps are one of the most intelligent species on earth.

Researchers have long acknowledged the ability of chimpanzees to think in abstract ways. Numerous studies have demonstrated that they can recognize themselves in mirrors, further supporting their ability to wrestle with abstract concepts.

Animals are constantly surprising us with their intelligence. Elephants are one example of animals that we once considered to be fairly slow and lacking in intelligence but who are, in reality, extremely smart.

On a number of occasions, elephants have been known to manipulate their surroundings to achieve their goal. Kandula, an elephant being housed at the National Zoo in Washington D.C., demonstrated the abilities of his species in this area. When taking a walk in his enclosure he decided that he wanted to reach fruit placed by researchers on a bamboo stalk just out of reach from him. To get to the fruit, he did something that he had never done before, moving a block under the tree and using it to reach his target. In short, he manipulated his surroundings to achieve his goal.

A Failure of Science

Scientists judging the intelligence of animals should take into account that all animals have unique traits and ways of experiencing the world. For years, researchers failed to recognize elephants’ skill in manipulating their surroundings and their ability to use tools because of human assumptions about what constitutes intelligence. They didn’t consider that elephants depend on their senses of smell and touch far more heavily than humans or apes when interacting with their surroundings. As a result, they offered elephants only sticks as tools, which elephants can only hold with their trunks, dampening their ability to touch and smell the world around them.

African Gray Parrots are thought to be one of the most intelligent species on the planet, rivaling even apes. Some researchers have suggested that these parrots have a reasoning ability akin to a three- or four-year-old human child.

African Gray Parrots are known to be able to use deductive reasoning to solve problems, specifically determining which of two boxes contains a food reward. They are also able to work together to obtain a desired reward.

Even a cursory exploration into octopuses reveals several instances of them escaping handlers and causing mischief in aquariums around the world. Some have even managed to escape their watery prisons and return to the wild without their keepers being any the wiser. Their skills are less surprising when you consider that they have a larger brain-to-body ratio than any other known invertebrate species.

Octopuses are adept at using tools sourced from their surroundings. Some species are known to carry the tentacles of the deadly Portuguese man o’ war as a weapon, while others collect and carry coconut shells to build shelters for themselves.

With a reputation as the hippies of the animal kingdom due to their free-loving nature, bonobos are one of only a few species that live in matriarchal societies. They are also a very intelligent species capable of empathy toward even strangers.

Bonobos have demonstrated their empathy toward strangers in studies that have shown them completing a task that results in a treat being given to another bonobo. The bonobos chose to do the task more often when there was another bonobo present to receive the treat than they did when there was not another ape present. This outcome suggests that the bonobos were motivated at least in part by the desire to help the other ape.

Among the reasons why rats are so commonly used for research in laboratory settings is their ability to learn from their experiences.

This ability has been harnessed to create a number of different experiments testing their cognition and reasoning abilities. The ability of rats to learn also governs how inhumane tests such as forced swim tests are carried out, as the rats are capable of learning and recalling what the test consists of, thus making retests much more difficult.

Frequently regarded as the rats of the sky, pigeons are often thought of as a nuisance. The reality, however, is that pigeons are extremely intelligent and capable of thought, reasoning, and memory.

Phenomenally intelligent birds, crows are well known for their love of shiny objects. But their talents don’t end with the collection of pretty knick-knacks. They are capable of a form of higher thought, previously thought to belong solely to humans and a select few other mammals.

Recent research suggested that crows are aware of the knowledge that they have and are able to ponder on that knowledge. This ability is how individuals make new discoveries.

Every year researchers are surprised by the intelligence of nonhuman animals. The realization of how intelligent and capable nonhuman species are challenges the way that we treat and interact with them in our daily lives. These discoveries inevitably pose the question of whether an animal that is as capable as a human toddler should spend its life locked in a cage as someone’s pet or be served as dinner alongside mashed potatoes and green beans. Given the evidence, challenging the way that we think about nonhuman animals and the role they play in the world is an essential next step.