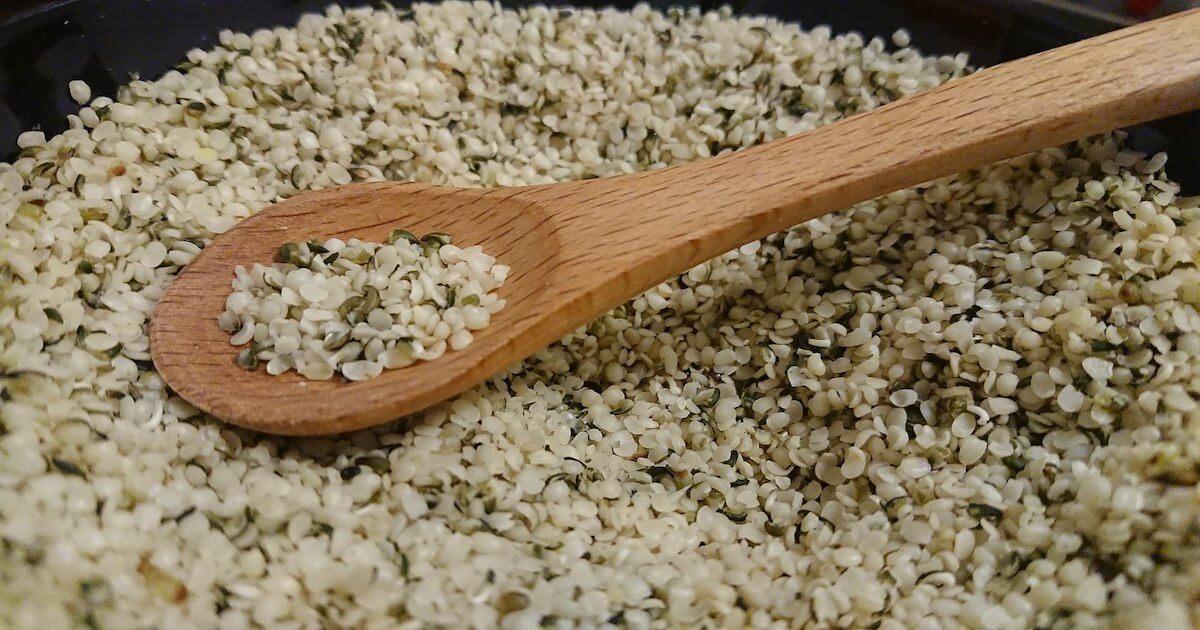 One of the most frequently voiced concerns from the family and friends of vegans is whether the plant-based eaters in their lives are getting all of their nutrients. One set of nutrients frequently cited as lacking are omega-3 fatty acids. Omega-3s are most commonly associated with seafood, but can also be found in leafy greens and other foods that come from plants. Perhaps one of the most significant sources of omega-3 fatty acids is algae, which is where fish get their omega-3 in the first place.

Is There a Vegan Version of Omega-3?

Though most commonly associated with fish oil, there are a plethora of plant-based vegan foods that are rich in omega-3. Whether you decide to sprinkle walnuts on top of a salad, swap out eggs for flax seeds in your baked goods, or take a vegan supplement, there are many different options for incorporating omega-3 into your diet to ensure you are getting plenty of the essential nutrient.

Are Omega-3s Found in Plant Foods?

Omega-3 can be found in a vast array of plant foods. As vegan eaters, one of the concerns we most commonly hear is that we’re not getting enough nutrients from a diet made up entirely of plant-based foods. Omega-3 is one nutrient that doesn’t need to be a cause for concern. It can be found in walnuts, spinach, mustard seeds, and a number of other flavorful and nutritious ingredients that can be added to many of our favorite foods. With so many different foods containing fatty acids that are omega-3s it is easy to reach the daily intake of 1.1–1.6 grams recommended by the United States National Institute of Health for a healthy adult.

Where Do Vegans Get Their Omega-3?

There are plenty of foods that vegans can eat to ensure they are getting the recommended amount of omega-3. Boosting the omega-3 in a meal could be as easy as choosing a specific oil to cook with that is rich in omega-3, such as canola oil, or as delicious as eating plant-based sushi. Peruse the list below for a few of the plant-based foods rich in omega-3 fatty acids and ideas for how to incorporate them into your diet.

Algae is used to fortify a variety of other food products with omega-3s including pasta, tortillas, and even peanut butter. When purchasing fortified foods it is important to check the label for the source of the omega-3 though, as some foods also use fish to add the essential nutrient. Seaweed can also be a great source of omega-3 fatty acids. Incorporating these foods into your diet could include eating lots of plant-based sushi, seaweed salads, or consuming an algae supplement under the guidance of your doctor.

Hemp seeds pack a serious punch when it comes to ensuring you’re getting all the omega-3s you need to stay healthy. Just 3 tablespoons contain 2,600 milligrams of the fatty acids which equates to more than what an adult needs in a day. Hemp can be used to make vegan cheese or pesto to eat on sandwiches or as a pasta sauce. As an alternative to hemp seeds, you could try cooking your food in hemp seed oil to add an omega-3 nutrition boost to your meals. Hemp milk is also available in many grocery stores.

Flaxseeds are an excellent source of omega-3s. In fact, just 1 tablespoon of ground flaxseeds contains 1.8 grams of the fatty acids. A highly versatile staple of many vegan households, flaxseeds can be used to swap out eggs in vegan baking or can be used to make a delicious and healthy pudding.

Having more omega-3s than any other nut, walnuts contain up to 2.5 grams of the fatty acids per 1-ounce serving. Walnuts are great for snacking on by themselves or can be added to your favorite chocolate chip cookie recipe, salads, oatmeal, or even made into a vegan meat substitute.

Are you seeking a great snacking food that also contains a healthy dose of omega-3s? Look no further, each half-cup serving of edamame contains 0.28 grams! Edamame can be added to soups, salads and stir frys or enjoyed steamed with salt and pepper all by itself.

There are 210 milligrams of omega-3s in every cup of kidney beans. Kidney beans are great for throwing into your favorite chili recipe or making a delicious kidney bean stew. You can buy the beans canned for a quick and easy preparation or dried, which is generally a cheaper option great for slow cooking, depending on your preference.

While already a great source of omega-3s, researchers are working on breeding soybeans that will contain as much as 18 to 20 percent omega-3s. This innovation provides an awesome opportunity to pack an additional nutrient-filled punch into stir frys, pancakes, casseroles, and any other dish that incorporates oil for preparation or as a core ingredient.

The world of omega-3 supplements offers a wide array of options for plant-based eaters. Most of the options on the market are made from algae. Offerings include fruit-flavored gummies, capsules made from pectin, and a range of strengths ranging from just over 100 milligrams to well over 700 milligrams. Popping a supplement once a day is a good way of ensuring your omega-3 needs are being met. Consulting a doctor or dietitian is important before supplementing your diet with nonfood vitamins.

Eating Brussels sprouts is a great way of raising your omega-3 intake. Consuming a cup raw, such as in a salad, offers 88 milligrams of omega-3s. The amount of omega-3s present triples once the Brussels are cooked with 270 milligrams of omega-3s present in a cup serving. Though many of us may have been turned off Brussels sprouts by a bad experience at a holiday potluck, there are a number of delicious ways to prepare them to handle their unique taste. You could try crispy firecracker Brussels or throw them in an air fryer for a quick snack.

Perilla oil has huge potential when it comes to contributing omega-3s to your diet, with a whopping 9,000 milligrams in each tablespoon of the oil. To maximize the benefits it is best used as a flavor enhancer or dressing on salads or other foods rather than for cooking.

Canola oil is a great option for cooking at high temperatures, as it contains not only a significant amount of monounsaturated fats but is also 9–11 percent omega-3 fatty acids. Reach for this oil when frying foods or making a boxed cake mix.

One of the most versatile greens, spinach, is a great source of omega-3s. There are 370 milligrams of omega-3s in just 100 grams of the leafy green. Choosing spinach as a sandwich topping, using it to make Trinidadian bhaji, or making it the base for a salad are all great ways to incorporate it into your diet.

Mustard seeds are rich in omega-3s, with 1 teaspoon containing 300 milligrams. Just a small amount of mustard seeds can bring a lot of flavor to a dish. Try recipes such as cauliflower, spinach and chickpeas with mustard seed curry leaf sauce or green beans with toasted mustard seeds and garlic to incorporate them into your diet.

What Are the Omega-3 Recommendations for Vegans?

The National Institute of Health suggests that the average adult male should consume 1.6 grams of omega-3s every day, while adult females should try to eat 1.1 grams a day. For children the suggested intake increases with age until it levels out at adult levels at about 14 years old. Pregnant and lactating people should seek to consume more than females at 1.4 grams and 1.3 grams respectively.

What Are the Benefits of Vegan Omega-3?

In addition to the health benefits of consuming an adequate amount of omega-3s, including ensuring proper function of cells and maintaining energy levels, there are ethical issues associated with the production and consumption of fish oil and other nonvegan sources of omega-3s. The production of fish oil forms part of an extremely inefficient food system, whereby nearly one-fifth of the total amount of fish caught is turned into fish oil or fish meal, much of which goes to feed farmed fish. In addition, the sentience of fish is becoming increasingly clear—they have excellent long-term memories and have the capacity to form emotional attachments to other fish.

The main difference between most plant-based omega-3s and fish oil is the type of fatty acid present. Fish oil contains DHA and EPA whereas plant-based sources contain mostly ALA which has the ability to convert to DHA and EPA. However, this conversion rate is very low at roughly 1 percent. A good way to ensure you’re getting enough DHA and EPA is to choose an algae-based supplement to add to your diet. When deciding how to get your omega-3s it’s important to not only consider your health and wellbeing in conjunction with a doctor or dietician but also to think about the broader ethical concerns surrounding the production of fish oil.

As a vegan eater, whether new or well seasoned, one of the most impactful things you can do is to ensure you are getting the right amount of omega-3s. By doing so, you are demonstrating to friends, family and community members that eating a plant-based diet does not mean giving up health and wellbeing but rather that getting all the essential nutrients your body needs to function is not only possible but delicious when eating fully plant-based.