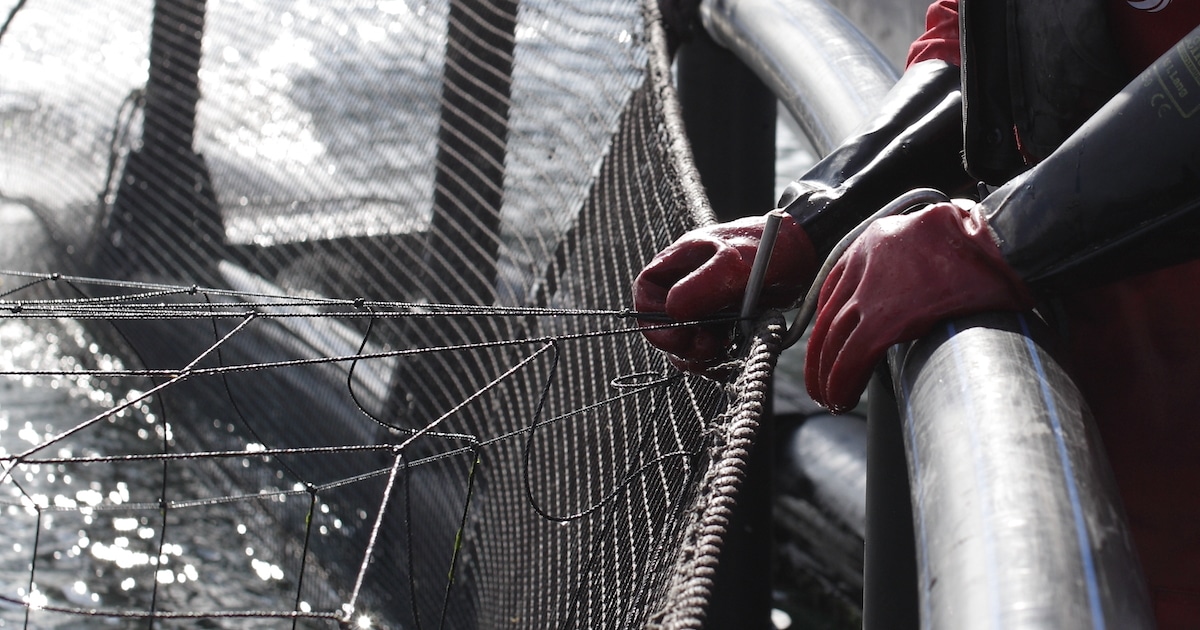 Millions of People May Be Suffering From Cheese Addiction

A new study by Feedback Global reveals that millions of tons of fish caught in the global south are being fed to farmed salmon sold for human consumption in wealthier countries. But this is just one in a long line of crises the industrial fishing industry finds itself at the center of.

The world’s oceans face warming temperatures, declining biodiversity, and other environmental crises, and food insecurity continues to threaten millions of people around the world. The study finds that more than 4 million tons of fish could remain in the sea if they were not caught for the purpose of feeding other fish on farms in the form of fishmeal and fish oil—a practice that the researchers say is exacerbating inequitable food access.

“Salmon farming is a good example of how deeply inefficient and inequitable the global food system is,” Lia ní Aodha of Feedback Global tells the Guardian. “Much of the nutrient-rich fish used to feed farmed salmon is sourced from regions in the global south, where food insecurity is endemic, while the salmon is mainly sold to consumers in high-income markets in Europe, North America, and parts of Asia.”

Not only does a massive amount of farmed fish go to feed farmed salmon, but fewer nutrients are retained in the farm-raised fish. The new report states that in farmed salmon, only 1-28 percent of calcium, iron, selenium, and zinc are retained. When it comes to omega-3 fatty acids EPA and DHA, just 49 percent and 39 percent respectively found in wild fish is retained. Yet, the researchers note, “Scottish salmon is often marketed as high in omega-3 fatty acids.”

The farming of fish–known as pisciculture, a subset of aquaculture–is a rapidly growing industry, and while much of it occurs on small farms, the presence of large-scale farms much like the factory farms we’ve become accustomed to seeing on land is growing. Aquaculture now accounts for more than half of the world’s seafood.

Salmon production, which reached over 2.8 million tons in 2019 prior to a decrease during the COVID-19 pandemic, is a major part of this industry. Salmon farming is among the most common kinds of fish farming, and the business is only expected to grow in the years to come. Take, for example, Atlantic Sapphire: a company working to build the largest land-based fish farm in the world. The company has also been accused of animal abuse for allegedly failing to prevent the deaths of hundreds of thousands of fish.

The effects of industrial-scale salmon farming are far-reaching, extending beyond the fish who may be suffering in tanks or pens and impacting wild fish populations, too. Salmon raised on farms are often exposed to disease and parasites such as sea lice, which can spread to the surrounding ecosystems. Antibiotics used by these farms in an attempt to control the spread of illness among the fish can also spread in the water and to wild fish, putting humans at an increased risk of developing antibiotic resistance.

Then there is the massive number of wild fish used to feed those we farm. A farm-raised salmon must consume approximately five pounds of fish to gain one pound of weight. The authors of the Feedback Global study recommend that in addition to shifting towards aquaculture species “requiring little or no feed,” aquaculture be limited to the use of only fish by-products, rather than fish, to feed farmed species. They report that if these actions were taken in Scotland, one of the world’s largest producers of farmed Atlantic salmon, over 75 percent of the wild fish used in Scottish salmon farming could remain in the ocean.

But this is also a problem that extends beyond salmon farming to aquaculture of other fish species. Nearly one-fifth of the world’s fish catch is turned into fish meal and oil, the majority of those products then going to the aquaculture industry, including to producers who label their farmed fish products as “sustainable,” Mongabay reports.

Even 21 years ago, as fish farming was already growing rapidly, a report by the Ecological Society of America (ESA) warned that some types of aquaculture including shrimp, cod, seabass, tuna, and salmon farming were “on a destructive path that poses a threat not only to wild fish stocks but also to the industry’s own long-term potential.”

The 2001 ESA report continued, “If the goal of aquaculture is to produce more fish for consumers than can be produced naturally, then it will become increasingly counterproductive to farm carnivores that must be fed large amounts of wild-caught fish that form the foundation of the ocean food chain.”

The State of Mink Farming: What Changed During the Pandemic