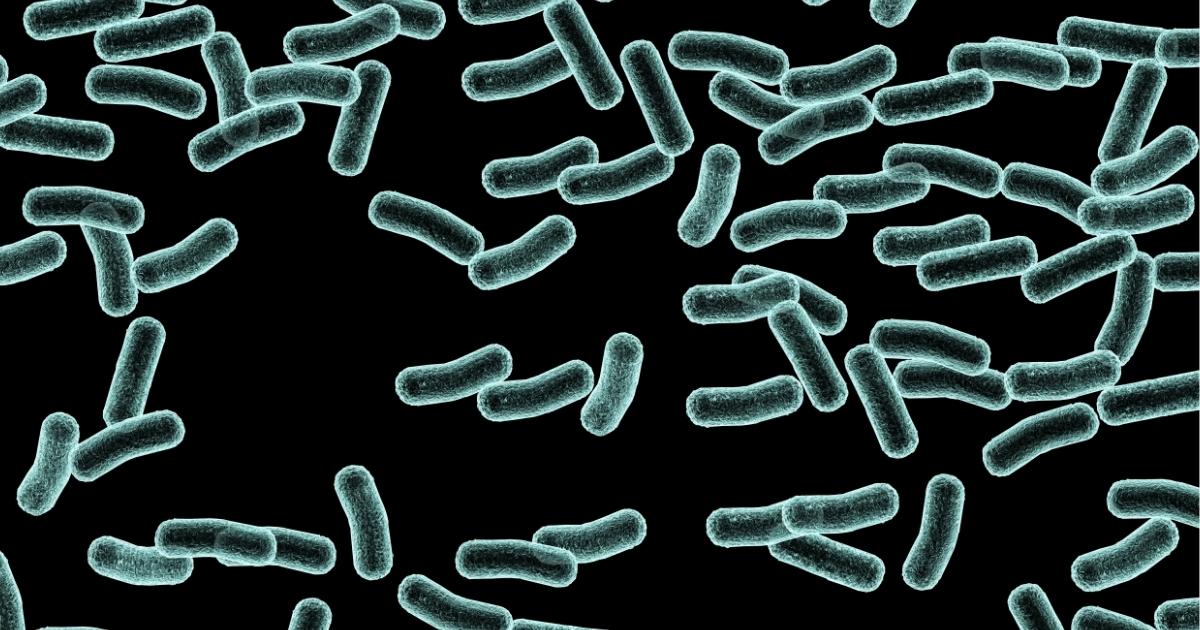 A new study published in The Lancet concludes that in 2019, the deaths of 1.2 million people were the direct result of antibiotic-resistant infections. The researchers, who analyzed data from over 200 countries, also found these untreatable illnesses were indirectly tied to the deaths of as many as 5 million people.

And these numbers are not the only alarming news regarding antibiotic resistance (AR) to come out in recent weeks. Not long after the new year began, an AR gene was detected in U.S. sewage water for the first time. The gene is resistant to colistin, a medication that the Centers for Disease Control and Prevention (CDC) calls a “crucial last-resort option,” increasingly used to treat patients infected with bacteria resistant to multiple drugs.

“If colistin resistance spreads to bacteria that are already resistant to all other antibiotics, those bacteria could cause truly untreatable infections,” warns the CDC. Approximately 2.8 million antibiotic-resistant infections occur in the U.S. each year, according to the CDC, resulting in the deaths of more than 35,000 people. Despite these climbing numbers, the routine use and abuse of antibiotics on factory farms continue, allowing meat producers to boost their revenues while putting the public at risk.

While colistin is not among the antimicrobials approved by the Food & Drug Administration (FDA) for use in farmed animals, it is used in animal agriculture in other countries. In the U.S., more than 120 antimicrobials considered medically important for humans were approved for use in livestock and “actively marketed” to farmers in 2020, according to the federal agency.

Many experts fear that the threat of AR is rising, and drugs that are used in the U.S. meat industry and beyond could also present a risk to public health, creating increasingly difficult to treat bacteria known as “superbugs.”

What’s worse is that we may not even truly know the extent of the risk we’re facing. The FDA publishes information regarding the sale and distribution of antibiotics for use in farmed animals, but the federal agency states that it does not have data regarding how often the drugs are being used and what they are being used for.

And it’s not just in the U.S., where meat consumption continues to reach record highs, that AR presents a threat. With factory farming on the rise around the world, untreatable superbugs could usher in the next global pandemic.

A recent investigation led by animal advocacy nonprofit World Animal Protection found antibiotic-resistant genes in waterways surrounding factory farms in the U.S., Canada, Thailand, and Spain. The organization, which believes these genes came from pig waste, claims that “the superbug crisis poses a threat that could eclipse the COVID-19 pandemic.”

They’re not the only ones sounding the alarm.

The connection between factory farms and superbugs

Factory farms create an environment in which disease can quickly and easily spread. At times, tens of thousands of animals are crowded into filthy and windowless sheds. In an attempt to prevent illness in the animals–and to maximize their growth and, therefore, the farmers’ profits–farmed animals are given antibiotics. But this, too, can create a health hazard.

When antibiotics are overused, animals can harbor bacteria resistant to these drugs, which in turn can contaminate the meat we consume. Drug-resistant bacteria are also found in the water and soil of communities surrounding factory farms.

In 2017, the World Health Organization (WHO) called for an end to the use of antibiotics in healthy farmed animals, emphasizing that by reducing the “unnecessary use in animals” of antibiotics important for humans, we can help to ensure their continued effectiveness.

“A lack of effective antibiotics is as serious a security threat as a sudden and deadly disease outbreak,” warned WHO Director-General Dr. Tedros Adhanom Ghebreyesus. Some researchers even call antibiotic resistance “the next global pandemic”—one that, like COVID-19, is likely to disproportionately affect people of color and marginalized communities. The new study revealed that those living in lower-income countries, as well as children under the age of five, were most affected.

Another recent study estimated that, by 2050, superbugs could kill as many as 10 million people every year. Despite this apparent danger, the vast majority–nearly 80 percent–of antibiotics in the U.S. are given to farmed animals. In 2020, tetracyclines, which are considered to be important in the treatment of infectious diseases in humans, accounted for 66 percent of the antimicrobials sold and distributed for use in farmed animals, according to the FDA. Penicillins, another important class of medications, were next at 13 percent–and many of those drugs, about 64 percent, were intended to be used in turkeys.

In a report published in June of 2020, the National Resources Defense Council (NRDC) claimed that “there’s little transparency or accountability in the beef industry regarding antibiotic use.”

The organization claims there is a “culture of secrecy” in the beef and pork industries that prevents progress toward reducing the overuse of medications that are critically important to human health. Its report also points out that while the use of antibiotics on cattle feedlots is high, illness and death among cattle have still increased.

“The beef industry itself does not report directly to the public on its antibiotic use,” writes NRDC. “Any critical information that exists around antibiotic use on cattle farms or feedlots can be found only by attending talks at the industry’s own meetings or buried in the minutiae of government documents.”

Perhaps even less in the public eye is the use of antibiotics by the fish farming industry. In a 2016 report titled “How Factory Fish Farms Misuse Antibiotics,” Food & Water Watch notes that aquaculture uses a large number of antibiotics including “those important to human medicine.” The organization also writes that most of the antibiotics used on fish farms are passed through the digestive systems of fish and, after being released through their fecal waste, end up in surrounding waters.

On November 21, 2021, Dr. Susan Hopkins, chief medical advisor of the UK Health Security called AR a “hidden pandemic,” warning “we do not come out of COVID-19 and enter into another crisis.” The previous year, a staggering one in five people in the UK who suffered from an infection had one resistant to antibiotics, according to the agency.

One reason AR could bring about a pandemic worse than the one we are currently facing in COVID-19 is the fact that not just one but many different drug-resistant strains could arise with absolutely no warning, leaving our healthcare system to face many untreatable conditions.

This has also remained a threat during the COVID-19 pandemic, warns the CDC, noting that “experts are concerned that the pandemic could undo much of the nation’s progress on antibiotic resistance, especially in hospitals” where more patients are being treated for long periods of time, entire departments are short-staffed, and overburdened healthcare workers may not be able to fully implement the necessary measures to prevent the spread of infection.

The very fact that AR is not one individual illness but an amorphous string of potential illnesses that we must respond to may be making it harder for us to view it as an urgent problem, even as people continue to die from illnesses that are no longer treatable.

While some say drug-resistant infections represent the next pandemic, we may already be facing the fallout. In November 2020, Maria Helena Semedo, Deputy Director-General of the Food and Agriculture Organization of the United Nations, cautioned that we are already seeing deaths from infections that could not be treated even with “our strongest antimicrobial treatments.”

What can we do?

The FDA reports that it is “encouraging the development of new antibiotics” in response to the AR crisis. But many scientists feel that could be too little, too late.

According to the FAO, resistance is rising at a rate faster than scientists can create new antimicrobials, and in the face of this new reality, our only recourse is to keep the medications we currently have as effective as possible. “It is not too late, but time is running out to stop this devastation from worsening,” wrote the agency in 2020 as it also called on our food and agriculture systems to take action to prevent AR.

In response to the new study linking millions of deaths to AR, Dr. Ramanan Laxminarayan of  the Center for Disease Dynamics, Economics and Policy told BBC, “Spending needs to be directed to preventing infections in the first place, making sure existing antibiotics are used appropriately and judiciously, and to bringing new antibiotics to market.”

A few powerful corporations hold much of the control over the use and abuse of antibiotics in the U.S. meat industry, which creates problems for animals, farmers, and workers alike. But for public health specialists, this also presents an opportunity. The JBSs and the Smithfields of the world have a chance to push animal agriculture in the right direction–away from its reliance on antibiotics. The question remains: will they?

Consolidation, writes NRDC, means that “improved antibiotics policies by only a few companies can have an outsize impact on antibiotic use across the entire industry.”

The growing scientific evidence that AR poses a serious public health risk has not yet led the meat industry to take meaningful action to reduce its use of antibiotics. The FDA states that as part of its efforts to address AR, it aims to optimize the use of antibiotics and limit “their use in animals to only when necessary to treat, control, or prevent disease.” But it’s worth pointing out again that the FDA itself says it does not have specific data on the usage of these drugs in farmed animals.

A ban in the European Union, which goes into effect later this month, prohibits the preventative use of antibiotics in farmed animals. Other countries will need to follow suit to affect any meaningful progress in the fight against AR, a public health crisis that has silently born down on us during the worst pandemic in recent memory and will no doubt continue long after.