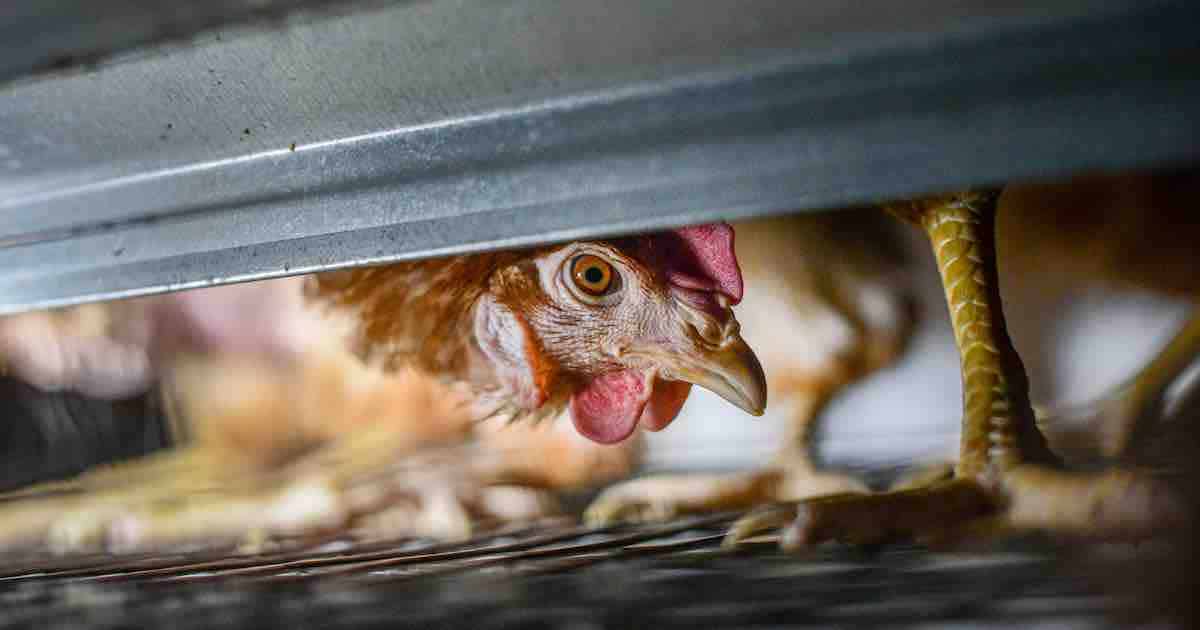 “We Stand at a Crossroads”: Jane Goodall Joins Call for UN to Address Animals

Zoonotic diseases became something of a buzzword in 2020, as the novel coronavirus pandemic wreaked havoc throughout the world. While the precise origins of the virus may never be known, the connections to zoonotic diseases and animal agriculture began to crystalize within the public lexicon, especially as the pandemic unfolded in U.S. meatpacking plants, leading to panic about meat shortages.

The coronavirus pandemic is not the first zoonotic disease to have originated due to humanity’s appetite for animal products. Factory farms—in which virtually all of the U.S.’s farmed animals live—are considered by experts as being breeding grounds for zoonotic diseases, having fostered pandemics that have killed thousands of people. It may only be a matter of time before these ticking time bombs deliver another pandemic to the world.

What Are Zoonotic Diseases

Zoonotic diseases are those that originate in animal hosts and are then passed onto human beings. Pandemics can occur when a disease is able to mutate and pass from person to person, as is the case with COVID-19. There are many examples of diseases which can be transmitted zoonotically. Some of the more well-known include malaria, bird flu, hepatitis E, malaria, and Q fever.

Zoonotic transmission can occur anytime humans come into contact with animals, whether as farmers, consumers, or at a petting zoo.  Zoonotic diseases can be passed from pets to people, such as toxoplasmosis which is passed from housecats through contact with feces. Others, such as tuberculosis (TB), can be passed from animals held captive in zoos, such as elephants. Animals who are immunologically suppressed, which can be caused by factors including stress, are more likely to be carriers of greater levels of disease, thereby increasing the chances of transmission. It is for this reason that factory farms and zoonotic diseases can result in explosive disease outbreaks since factory farms are arguably the most stressful environments for animals.

What Factors Are Increasing Zoonotic Emergence?

The COVID-19 pandemic is thought to have originated in a pangolin, who may have then passed the disease onto a bat, and finally to humans. Zoonotic transmission from wild animals is a big factor in zoonosis emergence.

Bringing land under industrial use is a significant factor for emergent zoonoses, particularly when these lands are rich in biodiversity. Nearly one-third of all newly discovered diseases can trace their origins to activities such as illegal logging, mining, and clearing land for agriculture and cattle ranching. It is estimated that tens of millions of hectares of forests and wildlands are being brought under industrial exploitation every year, exposing people to plants and animals potentially carrying new diseases.

Notably, one of the biggest drivers of land clearing in the Amazon is tied to animal agriculture, thanks to clearing land for cattle ranching and for mono-crops like soy and corn which feed animals in factory farms. And given the increasing globalization of affordable travel, the ability for these diseases to spread fear, and fast, becomes all the greater.

Factory farms bring together several key factors that combine to make ideal birthing grounds for deadly viruses and pandemics. Generations of selective breeding that favor the preferences of human palettes and profit margins, such as chickens growing larger breasts or cows producing more milk, have rendered farm animals nearly genetically identical. Under normal circumstances, a virus must mutate to accommodate genetic variations in individuals, which wind up acting like speedbumps in its ability to proliferate between hosts. With thousands of animals who are genetically identical, however, viruses can spread without difficulty, becoming more virulent in the process.

Another way intensive farming increases the risk of zoonotic diseases comes down to the way animals are treated. In the United States, approximately 99 percent of farmed animals live on factory farms, which means that anyone eating animal products in the U.S. will be consuming products from factory farms whether they realize it or not. Factory farms manage to keep animals healthy and alive long enough to grow sufficiently large or produce enough secretions that corporations are able to turn a profit. However, animals’ ability to survive in factory farms should not be attributed to sufficient welfare regarding their treatment or surroundings.

Animals survive in spite of the conditions at factory farms. Egg-laying hens are often kept in battery cages with barely enough room to stretch out their wings. Female bigs are kept in gestation crates for much of their lives, without even enough space to turn around. Without space to roam, forced to live in their own excrement and within extremely unnatural conditions, and the long, often harrowing trips from factories to slaughterhouses cause chronic stress which can lead to suppressed immune systems. And suppressed immune systems open the floodgates towards disease.

Animals are physically able to endure life on factory farms thanks largely to a constant deluge of antibiotics, which in most cases are applied liberally throughout an animal’s lifetime. Antibiotics may stave off infections, but there is a heavy price to pay.

When disease-causing bacteria are exposed to a drug so often, they are given the opportunity to evolve defenses against it. The result is bacterial strains that are much more difficult, and sometimes impossible, to eradicate within bodies. Over time, drugs become less effective, while people and animals become more susceptible to life-threatening infections.

The World Health Organization has long called this resistance “an increasingly serious threat to global public health that requires action across all government sectors and society.” In 2019, the Center for Disease Control proclaimed that the age of drug resistance is already here.

As bad as factory farming is for animal health, industrial farming practices also pose significant risks to human well-being in addition to the grave risks of future pandemics. As the name suggests, the goal of CAFOs is to house as many animals as possible in very close quarters. Mid-sized broiler chicken farms can house around 125,000 individuals.

The staggering number of animals produces an enormous volume of waste, which is generally difficult and costly to manage properly. Many farms have inadequate treatment plans in place. Open-air waste lagoons of hog farms, for example, can contaminate the air and groundwater for miles around, especially when waste is aerosolized over croplands to act as fertilizer. People in communities with factory farms in their midst frequently suffer from conditions such as asthma, high blood pressure, depression, and likely cancer. The fact that factory farms are often placed in close proximity to lower-income neighborhoods and communities of color makes factory farming an example of environmental racism.

Animal death is an integral component of factory farming; on average, 25 million broiler chickens are killed every single day in U.S. slaughterhouses. Meatpacking plants—where corpses are dismembered, drained of blood, and processed—are another integral aspect of the factory farming system. Killing animals and processing carcasses are considered the most dangerous forms of employment in the United States. It is not unusual for meatpackers to lose limbs of their own on the job. The workforce of factory farms tends to be people of color, with about 38 percent of those employed at meatpacking facilities being born outside the U.S. In other words, people left with few options, thanks to systemic injustices, are driven into this perilous work.

How To Reduce Pandemic Risk

When it comes to factory farms, there is really only one effective solution to reduce the risk of a pandemic: to abolish these facilities altogether. Michael Greger, the author of Bird Flu: A Virus of Our Own Hatching, pointed out in a Vox interview that farmed animals would benefit from social distancing, just like people do. Greger argues for de-intensifying farms, which would mean getting rid of gestation crates, battery cages, vast indoor sheds—essentially, all of the defining features of factory farms.

Ending animal agriculture altogether would go a long way towards eliminating zoonotic pandemic risk, as well as the risks posed by climate change and other impacts on human health. While the world is still a long way from entirely adopting a plant-based diet, this way of eating is becoming more popular in high-income countries like the United States. Since the U.S. is responsible for dreaming up the factory farm in the first place and has long been a global leader in per-capita meat consumption, the country, and particularly higher-income individuals who have access to plant-based options, bear an outsized responsibility to make the shift.

It isn’t an exaggeration to say that factory farms are ideal incubators for zoonotic disease pandemics. Breeding genetically identical animals, many of whom have compromised immune systems can—and has—given rise to virulent diseases. Add to this the fact that virgin forests are being felled to make way for factory-farmed animal feed, and it becomes clear that factory farms are a major culprit of pandemics.