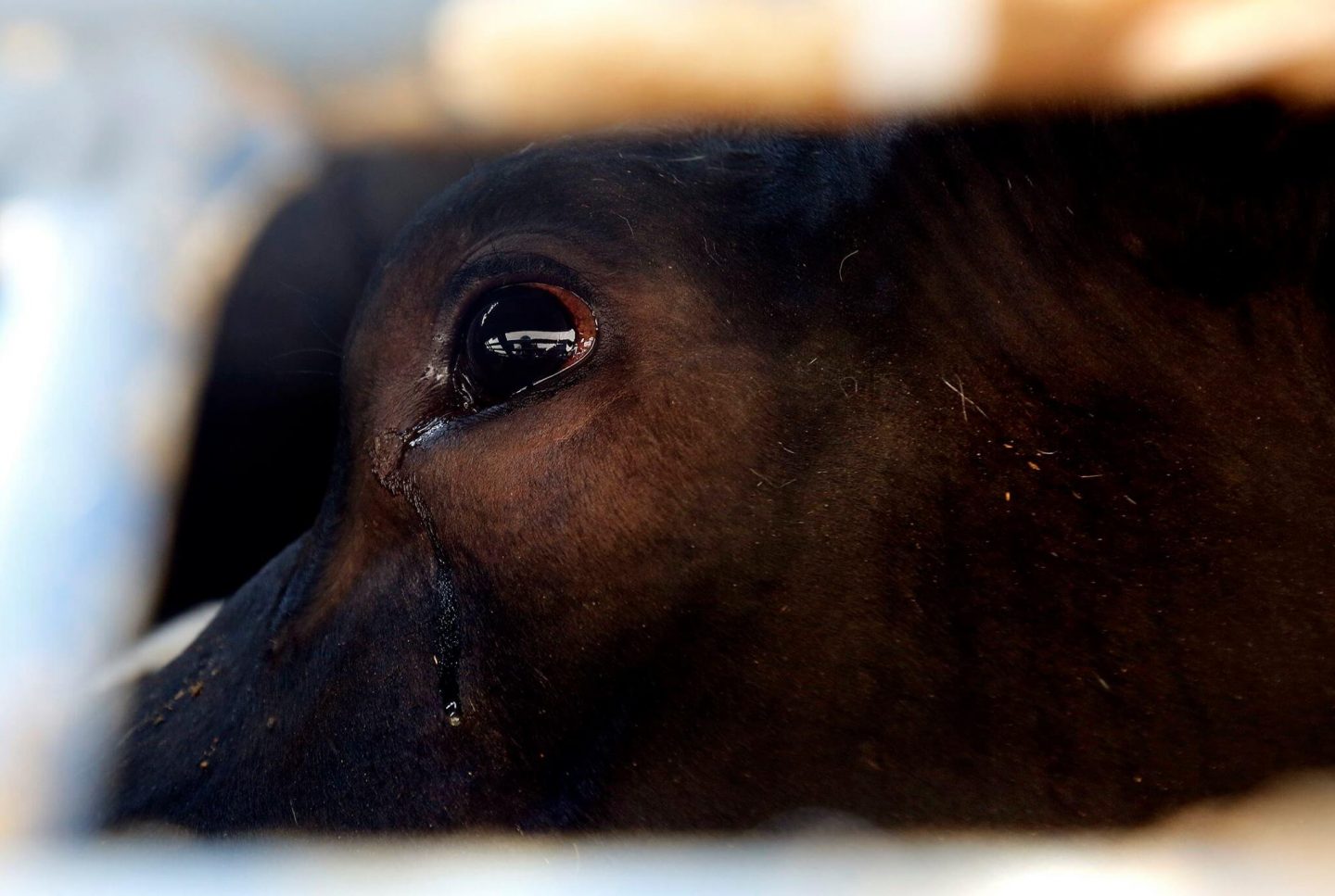 According to a new analysis conducted by animal rights think tank Sentience Institute, around 99% of US farmed animals live on factory farms.

The new analysis uses data from the 2017 USDA Census of Agriculture, which was released on April 11, 2019. The most recent previous data available was for 2012, which showed around 98.66% of U.S. farmed animals lived on factory farms compared to the current figure of 98.74%. The analysis uses EPA regulations for what constitutes a Concentrated Animal Feeding Operation (CAFO) in combination with the USDA data on how many animals live on farms of various sizes.

“Most people are woefully wrong about where their meat comes from. 75% of US adults believe they usually buy humane products, yet only 1% of food animals live on non-factory farms,” said Sentience Institute’s Executive Director Kelly Witwicki in reference to a 2017 poll conducted by the group in collaboration with Ipsos Group.

The analysis notes that CAFO as defined by the EPA and what the public would call a factory farm are not necessarily the same. “For instance, a farm with 37,500 chickens or 3,000 pigs is only considered a CAFO if it meets certain conditions regarding surface water pollution, but farms of these sizes that don’t meet these conditions could still house animals in ways that would be publicly regarded as crowded ‘factory’ conditions.”

According to the latest Sentience Institute analysis, the percent of U.S. farmed animals living on factory farms is…

Factory farmed animals are heavily concentrated in grower states like North Carolina, Iowa, Illinois, Nebraska, and Kansas, where the number of animals often exceeds the number of people in the most heavily farmed counties.

Iowa’s 4th Congressional District, which covers the northwest corner of the state, is home to more farmed animals than people—by a count of 13 million pigs and 37 million layer hens to about 750,000 residents. That’s approximately 17 pigs and 50 layer hens for every person in Northwest Iowa.

In North Carolina’s Duplin and Sampson countries, nearly 82 million chickens and turkeys are packed in among four million pigs. Both counties flooded during Hurricane Florence, covering the state in manure, contaminating the water supply, and posing a serious public health threat to residents nearby. The state spent $11 million disposing of some 3.4 million dead birds, left behind by farmers to drown during Hurricane Florence.

“Despite public outrage at the animal welfare and environmental consequences of factory farming, it is still the predominant system of animal agriculture,” said Witwicki. “The public has been able to push the industry to make some changes in the right direction, for instance by starting to move egg-laying hens out of cages, but we have unfortunately seen little change in the percentage of animals living in factory farms in recent years.”

According to PEW Trusts, in 1950, more than 1.6 million farms grew chickens for American consumers. By 2007, 98% of those farms were gone, even though Americans were eating more chicken. Broiler sales jumped by 8 billion birds (1,400%) over the same time period.

These industrialized growing systems weren’t just producing more chicken. With the help of feed additives, modernized processing plants, antibiotics, and crude disregard for animal welfare, they were producing bigger chickens at a faster rate so they could sell them for less.

Over the course of just 40 days, the chickens reach full size. This unnaturally fast growth cycle and lack of mobility take a toll on their bodies. Many develop lameness and as a result, they are in constant pain.

After the birds’ accelerated growing period—which causes extreme amounts of stress on their bodies—they are sent to slaughter. Tyson Foods slaughters an average of 35 million chickens per week.

“Between the suffering of these animals and the devastating impacts of animal farming on our climate and on the sustainability of food system, this is a moral catastrophe that we can’t afford to neglect any longer,” said Witwicki.

Around 95% of farmed animals globally are chickens and fish, and they generally endure the most intensive farming methods. The Food and Agriculture Organization of the United Nations estimates 532,510,706 fish were raised on factory farms in the U.S. in 2017.

Over the past 10 years, global demand for chicken has steadily increased and with it, Europe’s poultry production centers have become overrun with factory farms. Although farms with more than 5,000 broilers barely represent 1% of the total number of broiler farms in the EU, they account for more than nine out of 10 broiler chickens produced.

Inside chicken farms, birds live a gruesome life covered in feces, overcrowded and unable to walk, often with broken bones protruding from their wings. Many factory-farmed chickens never see the light of day.

“When consumers think about factory farming, they appear to take psychological refuge in the idea of ‘happy meat.’ Consumers feel uncomfortable about eating factory farmed animals, so their minds justify animal product consumption by incorrectly assuming that what they eat was produced ethically,” said Witwicki.

“This illusion reduces the cognitive dissonance that results from caring about animals while eating them. The animal food industry has capitalized on this effect with a strategy known as humane-washing, which uses misleading advertising such as images of animals who look much happier, healthier, and freer than in reality.

Fortunately, there is rapid growth in the plant-based foods sector as well as a nascent industry of so-called ‘clean meat,’ real meat made from animal cells without animal slaughter, which could mean an end to factory farming within my lifetime.”