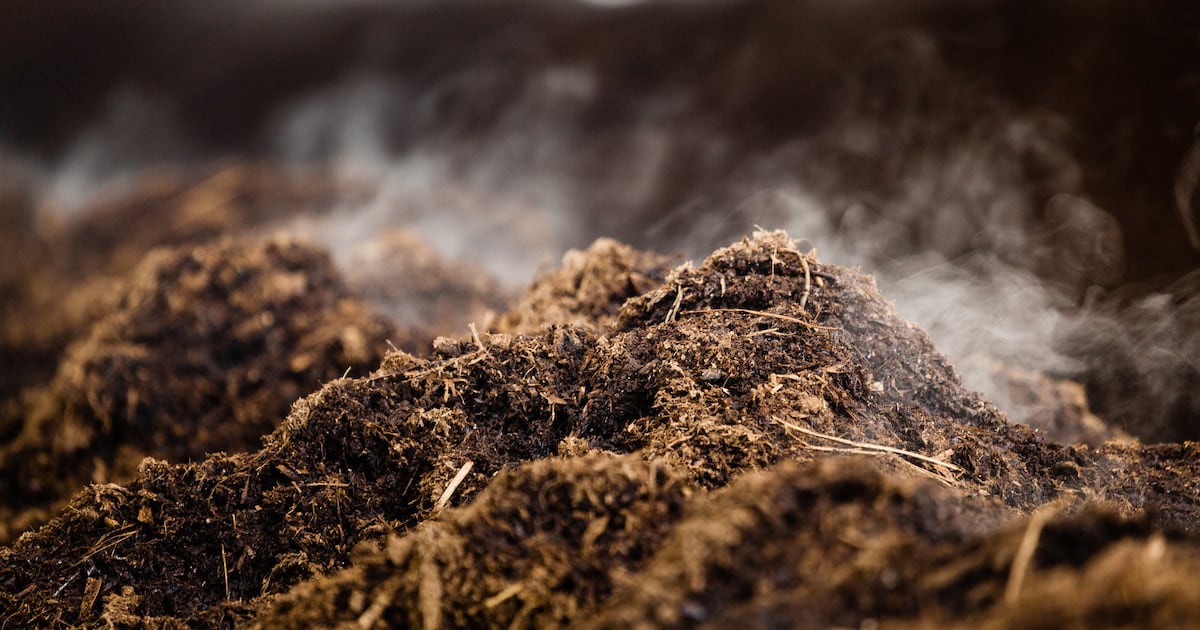 Why This Undercover Investigator Is Helping Others Expose Animal Abuse

Dairy farming often slips under the radar, even though the industry is one of the largest perpetrators of animal abuse in the world. On top of that, the dairy industry is also a rampant polluter of the world’s waterways which are vital sources of clean water for humans and local ecosystems.

So, how does dairy farming cause water pollution? This issue is just beginning to rear its head. In the U.S., fifty percent of dairy comes from the 3 percent of farms that have 1,000 cows or more, with the largest possessing as many as 15,000 animals. The dairy industry is producing unsustainable amounts of untreated manure that seeps into the groundwater, threatening the livelihood of millions of people, eradicating entire ecosystems, and deepening the divide between the industry and its critics.

What Is Dairy Farming?

Dairy farming is the practice of breeding and raising cows to extract their milk and it almost always happens on an industrial scale. The conventional milk cow, the Holstein-Friesian, has been selectively bred to produce excessive amounts of milk. The U.K. average for milking cows is 20 liters a day when lactating, with the most productive individuals producing as much as 60 liters per day.

In the U.S., the average is even higher, at 30 liters. On top of this, cows are often kept indoors in concrete lots for much of or all of the year. Some cows, who are often referred to as free-range or pasture-raised dairy cows, are allowed to graze, but around the world, the majority of dairy cows still spend a significant amount of time indoors.

How Many Cows Live on Dairy Farms?

There are 270 million cows in the global dairy industry. The largest dairy-producing country is India, which has 56 million cows, followed by the EU at 23 million cows. This is compared to 10 million in North America, 12 million in China, and 6 million in Australia and New Zealand.

Conventional dairy farming methods regularly put animals in harm’s way. First, cows are physically exhausted by the heightened level of milk production they endure. These cows would normally live for as long as 25 years in a natural setting, but on dairy farms, they survive for five years or less.

Their lives are marked by immense stress and grief. After the mother cow gives birth, the calf is forcibly removed from her. This is done so that the calf does not consume her milk. The cow-calf separation is traumatic for both parties as mothers and calves share a strong emotional bond for years in nature. The calf’s milk is then sold to humans in the form of milk, butter, yogurt, ice cream, and other popular dairy products.

Female calves return to the herd to become milk cows, while male calves are either killed immediately at birth or sold on to the meat industry to become beef or veal. Some consequently have to endure grueling overseas transportation, which often ends in tragedy. In September of 2020, the animal cargo vessel Gulf Livestock One sunk. Forty people and six thousand cattle drowned.

The conditions that cows are kept in are also a source of considerable suffering. Many dairy facilities have concrete floors, which are harder for cows to stand on and can lead to painful lameness and mastitis, an infection of the udder, as do the crowded and cramped stalls where the cows are forced to live. In the U.S., cows are often treated with growth hormones, which can also cause mastitis.

Lameness is caused by bacterial infections in the hoof “such as hoof lesions, sole ulcers, laminitis, and digital dermatitis.” As many as 50 percent of U.S. dairy cows are lame by the time they were slaughtered, and between 20 percent and 25 percent of dairy cows in the U.K. and the U.S. are lame at any given time. Some cows are also tethered into their stalls, where they may live for their entire lives unable to partake in any natural behaviors or even lie down. Additionally, many dairy cows are fed unnatural diets with limited forage to increase their nutrient intake. However, this causes acidosis in their guts, leading to chronic diarrhea and laminitis.

On top of all these welfare issues is the pollution produced by dairy farming. Dairy farms emit damaging greenhouse gasses like methane and CO2, accounting for 3.4 percent of global CO2 emissions, more than aviation and shipping combined. Methane pollution is also on the rise as the demand for dairy continues to grow.

Yet even more urgent is the immense amount of slurry and excrement these farms produce that contaminate the environment, poison human drinking water, and, in some cases, threaten ecological collapse.

The United Nations has pointed out that 40 percent of the world’s population still lives with water scarcity. This does not help dairy farming’s case, as it is a highly water-intensive industry. A single dairy cow can drink as much as 150 liters of water per day, and that’s ignoring the water used for the crops they’re fed. No wonder agriculture accounts for 70 percent of global water use.

With nearly 40 percent of all crops being grown to feed animals, it is clear that the continued proliferation of animal agriculture, especially dairy farming, is unsustainable.

Dairy farming affects local water supplies primarily through slurry that the farms dump into rivers and local water supplies. And for those of you wondering what slurry is, it’s another word for the mixture of animal waste, manure, and other excrements that gathers on dairy farms.

Cattle produce large amounts of manure and urine. An average dairy cow makes 82 pounds, or 37 kilograms, of manure each day. This huge amount of waste is often simply dropped onto fields as untreated fertilizer and then leaks into the groundwater. Consider the illuminating case of Vermont, a state which only has a population of just over 600,000 people, but produces the equivalent waste of 20 million people from its 120,000 dairy cows. Grasses and soils absorb what they can, but huge amounts of excess nitrates, nutrients, and bacteria continue to seep into the groundwater. Groundwater is also commonly the source of human drinking water.

In Wisconsin, dairy farms are rendering the water in people’s homes unsafe to drink. New Zealand, a large dairy-producing country, is in a similarly dire situation. It is estimated that two-thirds of all rivers there are now unswimmable because of pollution from dairy farms.

Dairy pollution can also take place in more extreme ways. Pipes have been documented carrying slurry straight from a dairy farm and directly into a nearby river in the U.K. The ecological consequences of this pollution are devastating. In New Zealand three-quarters of native fish species are now threatened with extinction due to the toxified waters they inhabit. These polluted rivers lead to the growth of toxic algae that suffocate oxygen from out of the water, killing the fish and animals who rely on them.

On top of manure pollution, the dairy industry also causes damage through the huge quantities of pesticides and insecticides they use to treat the crops that feed their cattle. Again, this results in toxic substances leaching into water sources, poisoning ecosystems, and harming the general public. Even more alarming is the fact that these potentially toxic and cancer-causing chemicals are appearing in dairy products themselves. Ten out of eleven Ben and Jerry’s ice creams tested positive for traces of the pesticide glyphosate in 2017.

The problem of dairy pollution is even more severe in developing regions of the globe, where some of the most vulnerable people live. In 2010, the UN declared that access to fresh and sanitary water was a human right, one that should be upheld globally. But over 2 billion people, one-third of the world’s population, still lack access to safely managed drinking water or live in countries experiencing high water stress and as much as 80 percent of global wastewater re-enters the ecosystem with zero treatment or recycling.

It is abundantly clear that water pollution is an urgent global issue, with many billions affected. The UN has recommended a sustainable diet as a key method of restraining this damage. India reported that 2,700 dairy farms receiving notice for pollution in the area of Delhi alone. Worsening water quality mixed with expanding poverty could sow the seeds for a serious humanitarian crisis.

Industrial dairy pollution is compromising clean water sources in the developed world. Part of any international solution pursued unilaterally or through the UN must be the reduction of dairy farming and animal agriculture alongside the promotion of a plant-based diet.

There are three major components to dairy pollution present in waterways. They are:

Due to the deforestation that farming requires, the soil on often farms is loose and prone to weather erosion that leads to large amounts of earth sliding into nearby rivers. The dirt and other pieces of earth muddy the water and collect on the river bed, killing plants and ecosystems that thrive there.

The most harmful nutrients produced by dairy farming are nitrates and phosphorus. Both are found in cow urine and manure and enters water sources through manure or when the cows are grazing. High nitrate contents in water can stimulate toxic algal blooms, where large clouds of algae grow over rivers, absorbing all the oxygen in the water and suffocating the life that dwells beneath.

Furthermore, a certain level of nitrates in water can have devastating consequences for human health, including blue baby syndrome, a condition fatal for infants. The EU recently reported that around 85 percent of dairy farms across the continent had unacceptable nitrate levels in their groundwater.

The feces that enter water sources from dairy farms are rife with bacteria. Cow feces are, in fact, the reason why New Zealand’s rivers are unswimmable. They are infested with E. coli. As well as making water unsafe for humans, these bacteria naturally kill other organisms and disturb the natural ecosystem.

How Can Water Pollution Be Controlled?

There are several ways to control water pollution from dairy farms. The most pressing is proper manure containment: making sure that manure is properly stored in tanks so that it cannot leach into the ground and using watertight plastics and clay waste liners to protect fecal lagoons from spilling.

Yet this plan seems flawed when spills and breakages of such containers have happened time and time again. In a single incident in 2010, 15 million gallons of manure spilled into Snohomish River in Washington State. Regardless, if current containment methods can be improved, they must be.

The dairy farming industry could also use manure more responsibly, including applying fertilizer only to frozen or dry ground, rather than wet mud after a rain, as the runoff to water sources would then be far lesser. Additionally, farmers can regrow trees around the perimeters of their fields, to prevent sediment from sliding into waterways.

Although water pollution from dairy farms is a grave and destructive issue, there is a silver bullet solution. Forgoing dairy products as part of a vegan diet would undercut the true cause of the water pollution and dairy farming: profit. As environmental catastrophe encroaches and the destruction of ecosystems becomes imminent, millions of families around the world are left without water to drink or swim in.

There is cause for optimism, however, with more people forgoing dairy products than ever. For the time being, our waterways will continue to be filled with the dairy industry’s waste, to the detriment of human health and the health of the planet.