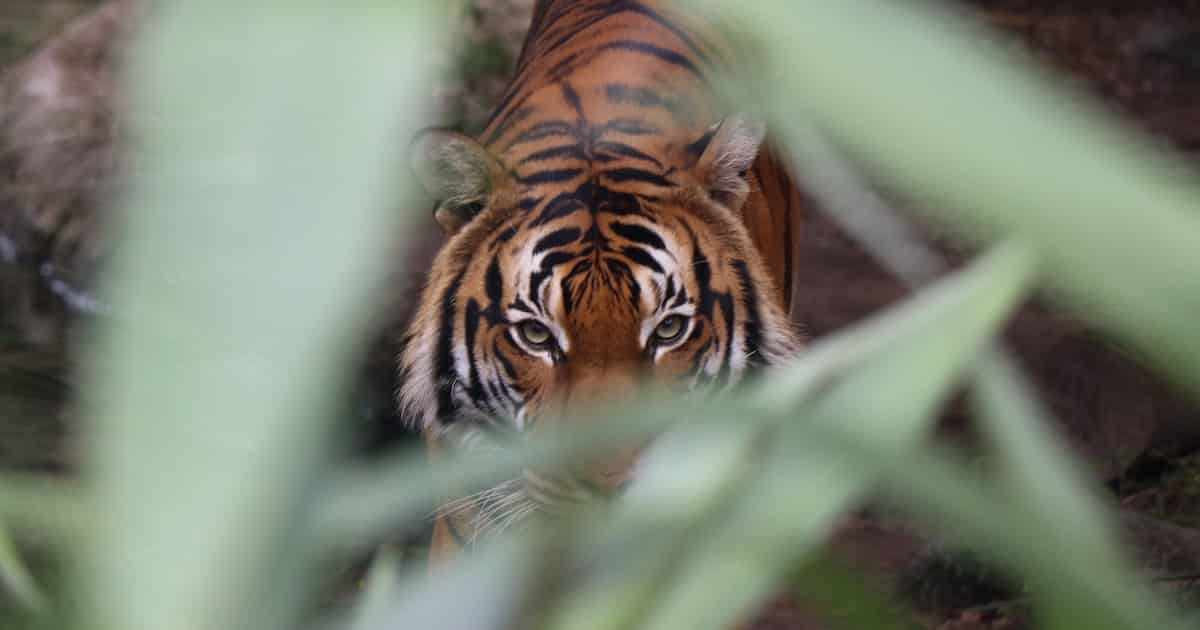 There have been five great extinctions throughout the history of the world. Many experts argue that we are now facing a sixth. These periods of mass extinction have resulted in the loss of 98 percent of all organisms that have ever existed on planet earth. In order for an event to be considered a mass extinction, around 75 percent of the earth’s species need to go extinct over about 2.8 million years.

Past mass extinctions have been due to one-off events such as a volcanic eruption or an asteroid impact or caused by phenomena such as rising sea levels or drastically shifting atmospheric temperatures. The present extinction event is unique because the changes that the earth is experiencing, such as rising water levels and temperatures, are the result of human activity.

Why Are Animals Becoming Extinct?

The current loss of biodiversity that appears to be a sixth great extinction event can be directly attributed to human activity. Since the Industrial Revolution, humans have been using the earth’s resources with little thought for their sustainable maintenance. We use about half of the world’s habitable land for agriculture, and we use ever-greater quantities of the world’s available freshwater resources, far faster than they can be replenished. The way we grow plants and raise animals for food is one of the largest drivers behind species extinction. Prioritizing an ever-increasing yield over sustainability, our food system demands massive deforestation and water use, while creating harmful pollution and still wasting roughly one-third of all food produced.

Up to 273 species could be going extinct every single day. Many of these species have never been discovered and recorded. The species that have been declared extinct most recently include:

Animals That Are Going Extinct

Discovered by humans relatively recently in 1992, wild saola can only be found in the Annamite Mountains between Laos and Vietnam. They are cousins of cattle but look like an antelope with long horns and striking white markings.

Estimates suggest that there are fewer than 350 North Atlantic right whales left. The whales, which got their name from being the “right” whale to hunt because they float when killed, were hunted to the brink of extinction by commercial whalers during the late 19th century. Vessel strikes, entanglement in fishing gear, and noise pollution have prevented them from making a comeback.

Historically, the crocodilian gharial could be found in Bangladesh, Bhutan, India, Myanmar, Nepal, and Pakistan. Today they are limited in the wild to small fragmented populations in Northern India and Nepal.

A nocturnal, flightless bird native to New Zealand, kākāpō have been driven near extinction by introduced predators, hunting, and land clearance. The striking green bird is unique due to its long lifespan, large size, and breeding habits.

The solitary Amur leopard is adapted to living in the Russian Far East. They live between 10 and 15 years and males will sometimes stay with females and help raise the young.

With only about 10 individuals left in the wild, the vaquita is the rarest known marine mammal in the world. Discovered only in 1958, the biggest threat to this porpoise has been fishing activity.

Once prevalent, the black rhino population rapidly declined due to hunting and settlement by European colonizers. The number of wild black rhinos dropped an astonishing 98 percent between 1960 and 1995.

As the last known male died in 2018, the northern white rhino is effectively extinct with only two females left alive. The two remaining rhinos are fiercely protected from poachers in Kenya’s Ol Pejeta Conservancy.

The habitat of the Bornean orangutan has been reduced by at least 55 percent in the last 20 years and populations have declined by about 50 percent over the last 60 years.

The most endangered of the gorilla subspecies, there are fewer than 300 cross river gorillas estimated to exist in the wild.

Also known as Grauer’s gorilla, the eastern lowland gorilla is only found in the Democratic Republic of Congo. The most recent estimates suggest that there are roughly 6800 individuals left in the wild.

The past 25 years have resulted in a population decrease of over 60 percent for the western lowland gorilla. This reduction is largely due to high levels of disease and hunting.

Believed by some researchers to be one of the most endangered turtle species in the world, the hawksbill sea turtle population has declined by about 80 percent in the last century, primarily due to trade in their ornate shell.

With about 75 individuals left in the wild, Javan rhinos can be found only in Indonesia. Though still critically endangered, the population has stabilized due to the work of conservationists and Rhino Protection Units.

In 2004 fewer than 30 Vancouver Island marmots remained in the wild, making them the most critically endangered of Canada’s mammals. Since then conservation efforts have helped increase the population.

In just one generation, the Sumatran elephant has experienced a habitat loss of over 69 percent. Their greatest threats are poaching, loss of genetic viability, and habitat loss and fragmentation.

Found primarily high in the mountains of southwest China, the giant panda is 900 times smaller than its mother when it is born. Population estimates suggest that there are just under 2000 left in the wild.

The only remaining island-dwelling tiger of Indonesia, the Sunda, or Sumatran tiger has a population size of only a few hundred.

With between 80 and 120 mature individuals left in the wild, the Malayan tiger is considered critically endangered.

Due to overfishing of its food supply, the Yangtze finless porpoise, an animal as smart as a gorilla, has been driven to the brink of extinction.

Declared extinct in the wild in their native Brazil in 2000, conservationists are working toward reintroducing 52 Spix’s macaws back into their natural habitat and re-establish a wild population.

The population of southern rockhopper penguins is still in decline although hunting and egg collecting of this species has been halted for some time. This decline is due to a combination of disease, changing food webs, and fishing activity targeting other species.

The Socorro isopod is known to exist only in a handful of captive populations including in the purpose-built Socorro Isopod Propagation Facility fed with water from the spring the isopods previously inhabited, and in the Albuquerque Biological Park.

Known to exist only in two counties in Nebraska, the Salt Creek tiger beetle is one of the rarest insects in the world.

Unlike other chimpanzees, the western chimpanzee lives in open grasslands mixed with dry gallery forests. Considered critically endangered, the greatest threats to its survival are disease, poaching, and habitat destruction.

Most of the red-crowned roof turtles left in the wild live in the Chambal River in central India. The species suffers from high levels of hunting and habitat loss, partially due to water extraction for agriculture.

How Many Animals Are Extinct?

Of all the species that have ever existed on earth, 98 percent are already extinct. There are still roughly 8.7 million species of plants and animals left on earth. Each of these species is critical to maintaining habitat and a well-balanced ecosystem.

Which Animals Will Be Extinct by 2050?

Many animal species are facing extinction within the coming decades, including koalas, should action not be taken to prevent their demise. Scientists suggest that up to 37 percent of species could go extinct by 2050 should swift and decisive action to combat climate change not be taken.

Though the situation facing wild populations of animal species around the world is dire, there are actions we can take to protect them for future generations. Voting for politicians who value species protection is one way to ensure that these animals are given the best chance of survival. Donating time and resources to organizations that support conservation efforts, such as the National Wildlife Federation and the World Wildlife Fund can also have a large impact on efforts to protect species.

Many animals are facing extinction in the coming decades. For others, such as the northern white rhino and the Pinta Island tortoise, it is already too late. If we want to protect those species that remain, decisive action must be taken to combat climate change and protect their habitats. On a personal level, staying up to date on policies that affect habitat destruction and climate change as well as sharing our knowledge with friends and family and on social media is a great way to keep the plight of these species in the spotlight. Another personal action that we can take is to reduce or eliminate our consumption of animal products, as much of the habitat being lost is a result of animal agriculture.