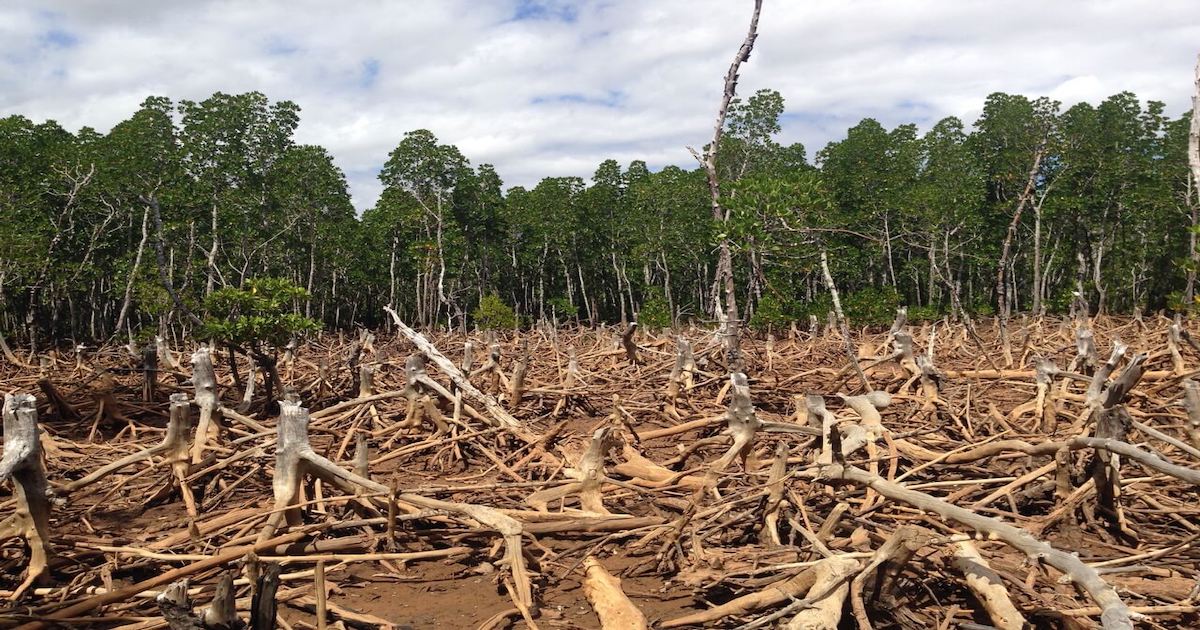 Forests are some of the most biologically diverse areas on the planet, playing host to a vast range of different species of flora and fauna. Unfortunately, forests are also being unnecessarily destroyed, taking with them the homes of many thousands of unique animal, insect and plant species that depend upon them for survival. Thankfully, there are steps that each of us can take to reduce deforestation.

Deforestation is the permanent clearing and repurposing of land that was once a forest. There are many reasons why an area may experience deforestation, such as logging or urban expansion. To understand deforestation, it helps to distinguish between a secondary forest and a primary one. A primary forest is one that has reached maturity. These areas are filled with flora and fauna, and are extremely rich in biological diversity. Secondary forests, on the other hand, are those that have been disturbed. For example, a secondary forest could be an area that is recovering from being used for cattle grazing or other human activity, or one that is presently being destroyed. Both of these are different from areas with tree cover, a category that includes other areas covered by trees, including local parks and Christmas tree farms.

How Does Animal Agriculture Cause Deforestation?

Crops grown to feed farmed animals is another deforestation driver. Raising animals for food is an extremely inefficient source of calories, with every calorie from beef requiring 25 calories to produce. Even chicken, the most calorically efficient meat product, requires 9 calories of feed for every single calorie produced. Because of this inefficiency, vast swathes of land are required to produce food for the millions of animals slaughtered every year, land that in many cases was once a lush forest landscape packed with life.

How Much Land Is Used for Livestock?

In South America, three-quarters of deforestation is directly attributable to farmed animal grazing. Just one meat company, JBS, was responsible for 100,711 hectares (or roughly 389 square miles) of deforestation in the Amazon and Cerrano forests of Brazil between March 2019 and March 2021. Up to 74,701 hectares of that space may have been cleared illegally according to Mighty Earth.

How Many Trees Are Cut Down for Agriculture?

Clearing land to graze farmed animals accounts for roughly 40 percent of all deforestation. This means that if 15 billion trees are being cut down every year, six billion of them are cleared for grazing.

How Many Trees Are Cut Down Every Day?

Every day, over 41 million trees are felled as a result of deforestation efforts.

How Many Trees Are Cut Down Each Year?

Every year, 15 billion trees are lost worldwide. Without these billions of trees and the forests that they come from, thousands of animals lose their habitats and ecosystems come under threat.

What Are the Main Causes of Deforestation?

While there are many causes of deforestation, there are a few that top the list.

At the very top is industrial agriculture, and industrial animal agriculture has a particularly bad impact. Much of the deforestation that occurs in the world’s most sensitive and important forested areas is for animal grazing or the harvesting of crops like soy that are fed to animals until they are old and large enough to slaughter.

Estimates suggest that about 380,000 hectares of forest are cut every year to meet the demand for timber. This timber is used for a number of purposes, including building houses and other structures. On top of this, logging accounts for 60 percent of forest degradation. Degradation is the gradual decline of forested areas that does not result in complete deforestation.

An increased demand for minerals is also driving the mining industry to destroy forests.

Other Causes of Deforestation

Fires are a natural part of the lifecycle of many forests, clearing the way for younger, smaller growth. However, the frequency, severity and extent of forest fires presently taking place are extreme.

The expansion of infrastructure, particularly through methods such as slash and burn techniques, is also driving deforestation. Infrastructure expansion occurs across a number of industries and populations, including individuals fleeing urban areas, cities encroaching on forested land, farmland expansion, mining and other logging activities.

The Amazon rainforest had been protected for decades in Brazil but, in 2018, the government weakened its environmental protections covering the 1.5 million square miles of the Amazon. This led to an increase in deforestation and degradation by industrial agriculture, logging companies and other industries seeking to profit.

Where Does Deforestation Occur the Most?

Some of the countries experiencing the worst deforestation in the world include Honduras, Nigeria and the Philippines. Honduras experienced a 37 percent decline in forests between 1990 and 2005. Half of Nigeria used to be covered by trees, but today about 90 percent of those trees have been cut down. Only 35 percent of the trees that once covered the Philippines remain.

What Are the Effects of Deforestation?

Forests are some of the most biologically diverse ecosystems on earth. In fact, the Amazon rainforest alone is known to be home to more than 10,000 different beetle species, 15 percent of all bird and butterfly species, 427 mammal species and 378 reptile species. Deforestation compromises the fragile ecosystems these species call home.

Mature forests store large amounts of CO2 in the trees, their leaves and the soil. When deforestation occurs, this CO2 is released back into the atmosphere. Scientists have recently concluded that the Amazon rainforest has gone from being a carbon sink to an emitter of carbon dioxide.

In 2008, researchers calculated that deforestation was responsible for 12 percent of CO2 emissions, but this does not reflect the acceleration of deforestation and upward revisions of its emissions that have occurred since that time.

Deforestation disrupts the water cycle, as it reduces the amount of evapotranspiration (the evaporation of water from leaves, land and plant surfaces) that is critical for the normal continuation of the water cycle. Without this process, precipitation patterns change, which can lead to droughts.

The loss of forests means the loss of roots, which hold soil in place and help to prevent erosion. Deforestation also reduces the health of the soil, and the amount of water it is able to hold, making flooding more likely.

How Does Deforestation Affect Animals?

How Many Animals Die From Deforestation?

The impact that deforestation is having on animals is huge. Every single day approximately 135 species of plants, animals and insects are lost due to deforestation, according to reporting in Scientific American. Threatened species include the harpy eagle, Sumatran orangutan, and koala.

What Are the Ways To Limit Deforestation?

There are plenty of policy solutions that have been implemented seeking to curb deforestation. These policies fall into three different categories:

Is Going Vegan Better for the Environment?

Going vegan is one of the best ways to reduce one’s personal contribution to deforestation. Agriculture is responsible for 90 percent of deforestation, much of which becomes land for crops to be grown to feed animals, or land to graze the animals. Reducing, and eventually eliminating, one’s intake of meat, dairy and other animal products means that your diet drastically reduces how much it contributes to deforestation.

Going vegan is one of the most impactful ways to support forests and reduce our personal contribution to deforestation. By choosing to eat plant-based foods, we are forgoing calorie-inefficient meat products that require vast quantities of land and other resources. Choosing to eat more plant-based foods can also have a profound impact on encouraging those around you to try and incorporate foods free of animal products into their lives. The situation for forests and all creatures that depend on them, including ourselves, is dire, but, if we act now by shifting out diets, there is still hope for a future filled with healthy and strong forests full of life and abundance.