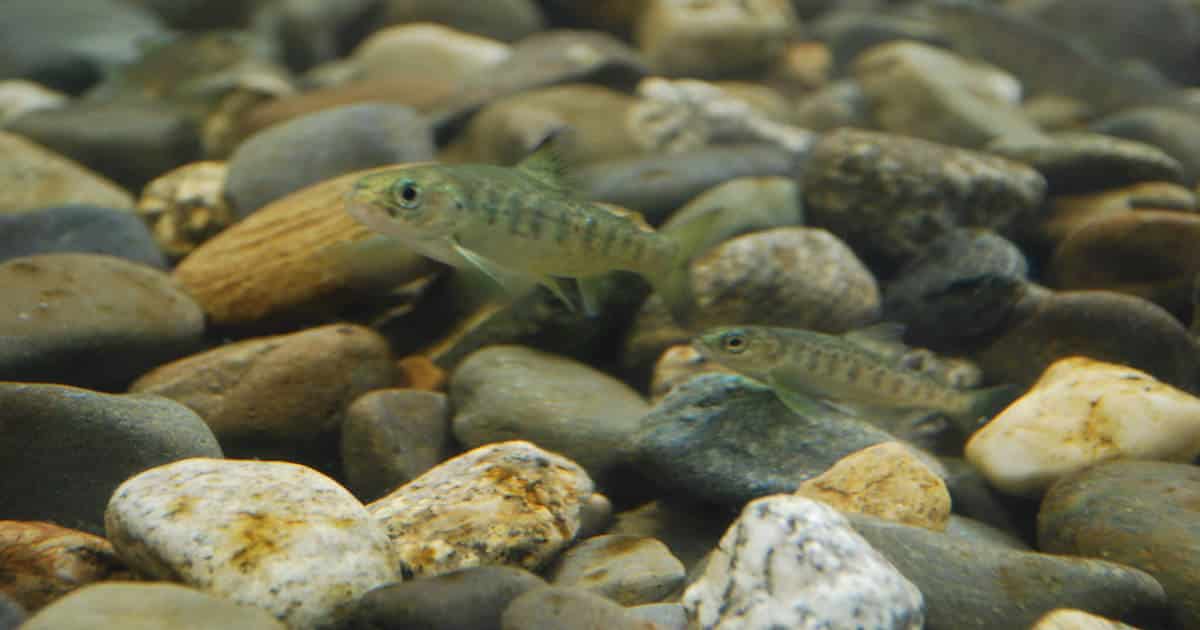 Salmon has long been regarded as a healthy source of protein, but it’s possible to eat a nutritious diet without relying on this popular fish. What’s more, the problems caused by the way salmon are raised and caught — especially the impact of eating fish on the environment — should be considered alongside any nutritional benefits. Promoting salmon as a source of nutrition without this information is a missed opportunity to promote more ethical and sustainable plant-based alternatives.

The standard recommended portion size for salmon is about 3.5 ounces or about 100 grams. This is roughly the size of a deck of cards or a bar of soap. A fillet of raw salmon provides about 142 to 208 calories.

Most people can get the nutrients they need simply by eating a varied plant-based diet, which means that the nutritional benefits of eating salmon can also be achieved by eating other healthful foods. Below are some lesser-known facts about salmon nutrition that could help you find a path to a salmon-free diet, without losing any key nutrients.

Algae and seaweed are the original sources of omega-3 fatty acids for fish and can also be consumed directly by humans. Other sources of the nutrient include walnuts, flax seeds, hemp seeds, edamame and kidney beans.

In a card-deck-size cut of raw salmon, there are about 20 grams of protein. Yet nutrition and dietary experts agree that the best way to get protein is not from one single type of food, but a variety of foods. People do not need to eat animal products in order to get protein, which is abundant in a diet based on grains, vegetables and beans.

3. High in B Vitamins

Vitamin B12 is a nutrient produced by bacteria that’s abundant in salmon. But there are ways for people who follow a plant-based or vegan diet to get this essential vitamin from nutritional yeast, fortified soy milk and vitamin B12 supplements.

Certain grains, fruits and vegetables are just as good as salmon in providing potassium, and in many cases, better. High-potassium foods include potatoes, apricots, lentils, prunes, white beans and tomatoes. Eating one portion of many of these foods — one-quarter of a cup of canned tomato paste has 669 milligrams of potassium — provides you with more potassium than a serving of salmon. Raw salmon has only about 363 to 490 milligrams of potassium per serving.

Selenium is an essential nutrient that is found in many of our foods, but we only need a little bit of it to survive. While seafood can be a reliable source of selenium, Brazil nuts are much richer in selenium than salmon. Other plant-based sources of selenium are couscous, brown rice, whole wheat bread, baked beans, oatmeal, lentils and spinach.

Synthetic astaxanthin is a chemical that is fed to farmed salmon to give their flesh a pink color. Astaxanthin is also produced by algae in nature. Astaxanthin-producing organisms include bacteria, yeast, fungi and microalgae.

Animals do not produce the chemical themselves but get it through their diet. Crustaceans build up this nutrient in their shells and flesh, as seen in crawfish, lobster, and shrimp. When living freely in nature, salmon and trout accumulate astaxanthin in their flesh.

While there are health benefits associated with consuming astaxanthin, there are also some risks. According to WebMD, it may interact with blood pressure medication, and it is unknown whether there are side effects for people who are pregnant or nursing.

Is Salmon Healthy To Eat Every Day?

Many dietitians who recommend eating a healthy diet are careful not to moralize about people’s food choices. They understand that one’s diet can be assessed holistically rather than by the individual ingredients in one’s foods. Yet many people do heed government- and industry-backed recommendations about individual foods, with salmon often touted as a healthy and nutritious protein source for human consumption.

People concerned with animal protection, food safety and ecosystem health have raised concerns that salmon may be less healthy than originally believed, due to increasing reports of plastic contamination in waters. A 2019 study found that seafood is the third-largest source of microplastics for Americans.

How Do Different Types of Salmon Vary in Nutrition?

As Krista Kihlander writes for Sentient Media, “fish are intelligent, wild animals. They think, use tools, have personalities and feel pain very similar to the way we humans do.” Yet, like most farmed animals, they “live and die in crowded, parasite-infested tanks, all so we humans can eat fish.”

Answering the question “is salmon good for you” requires us to grapple with a much bigger question — whether the way salmon is farmed or fished for human consumption on an industrial scale is good for the animals themselves, not to mention the many critical ecosystems in which they live and die.

The hazards of consuming seafood include contaminants such as methylmercury and dioxin-like compounds. Exposure to the latter is associated with cancer, liver problems, thyroid disease, Type 2 diabetes, obesity and overall harm to “cardiovascular, nervous and immune systems, digestion, reproductivity, teeth and bones.”  The risks of methylmercury in the body, including the bodies of fish themselves, include impaired brain development and learning abilities.

Though exact numbers are not known, it is not uncommon for fish from salmon farms to escape into the sea. Because they are bred to grow quickly, escaped fish are genetically different from salmon living freely, and the resulting offspring may not be able to survive in nature. When escaped salmon breed with wild salmon, the latter’s population are at greater risk for disease, which in turn can threaten biodiversity.

Most of the salmon consumed in the world is farmed. On many of these farms, fish feces, pesticides, antibiotics, and excess feed contaminate the local marine ecosystem. Farmed salmon are fed other fish who are also caught and processed into fish meal in a way that has harmed coastal communities in locations like Gambia.

Eutrophication is the term used to describe the harmful effect of excess nutrients that can leach out of farmed fish cages into the open, surrounding waters. These nutrients can lead to algal blooms that in turn deplete oxygen, making it difficult for many forms of marine life to survive.

Sea lice are lethal parasites that can spread to salmon farms because of how tightly packed the fish are in their extreme confinement. Fish farmers may use pesticides to kill the sea lice, which in turn harms not only the lice, but other marine invertebrates up to half a mile from the farm.

According to a 2021 report by Massimo Bedoya for Fish Welfare Initiative, the practice of packing fish densely in fish farms allows diseases to spread more easily within a farm’s population, but also to natural populations surrounding the farm. Diseased wild fish who were infected by pathogens originating from the farm can in turn reinfect the farmed fish.

Antibiotics used on salmon farms to counteract disease outbreaks can also spread to the wild fish surrounding the farms, contributing to antibiotic resistance for diseases that may affect humans.

Even though salmon are a source of nutrients, there are many healthy plant-based options that can replace salmon without contributing to a wasteful and inequitable food system.

That fish feel pain is well-documented. Lynne Sneddon, a researcher at Liverpool University, first identified that fish have pain receptors in 2002. Dinesh Wadiwel, a lecturer on human rights and social and political theory at the University of Sydney, explored scientific inquiry into whether fish feel pain, arguing that “uncertainty within the scientific community over whether fish feel pain, combined with a public attachment to the maintenance of existing fishing practices, produces a somewhat perverse silence in relation to fish welfare.”

Check out Sentient Media’s list of resources for taking action to build more compassionate, equitable and sustainable food systems, which features a section on marine animals.