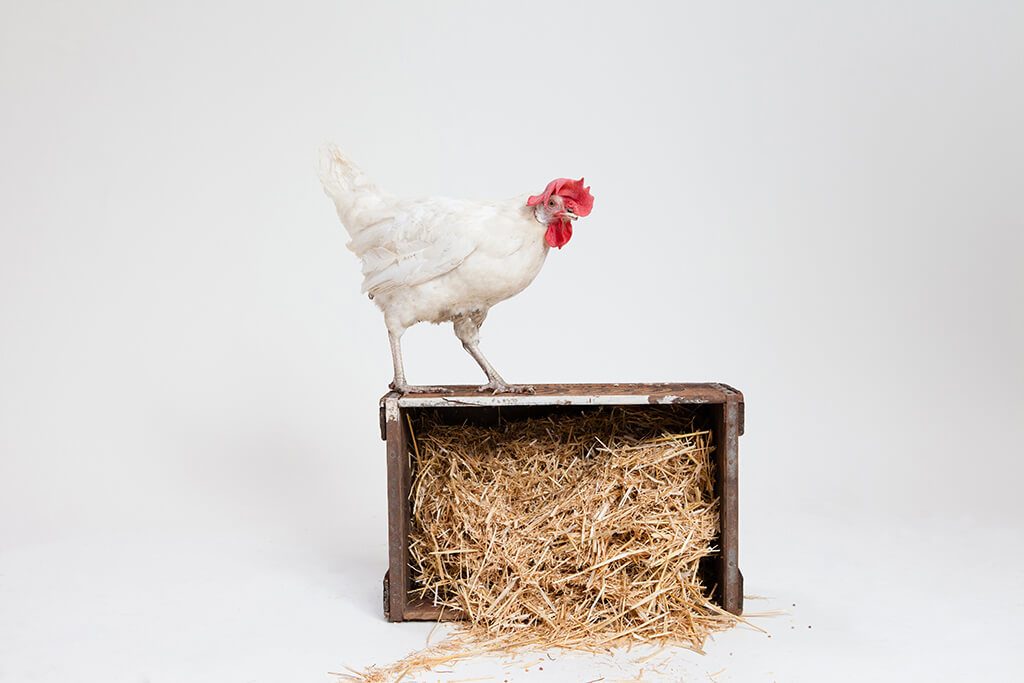 Cowboys Are an American Icon. They Need to Help End Animal Agriculture.

Business is booming for factory farmers in North Carolina. Across the state, there are some 6,800 hog and poultry operations housing more than 525 million animals. That’s one factory farm every 8 square miles–and 52 chickens, turkeys, and pigs for every single North Carolinian.

525 million is a lot of animals to clean up after, and according to experts from the Environmental Working Group (EWG) and Waterkeeper Alliance, concentrated animal feeding operations, or CAFOs, do a horrendous job at containing the mess.

A new report from the environmental protection organizations shows how hard it is to keep animal waste pollution in North Carolina under control when farmers keep building new CAFOs on the same floodplain where two deadly hurricanes made landfall in the past two years, flooding farms and contaminating the local water supply with animal waste.

Since Hurricane Matthew hit the eastern seaboard two years ago, 240 new poultry operations opened their doors in North Carolina–right in the path of Hurricane Florence.

North Carolina residents have the opportunity to drain the 10 billion gallon cesspool of animal waste in their backyards, as state legislators are set to revisit factory farm waste permits later this year.

10 billion gallons is the equivalent of covering the entire island of Manhattan in 2.1 feet of animal waste.

Picture the average pig on a factory farm. It weighs about 300 pounds by the time it’s fully grown. Each hog farm in North Carolina keeps about 8,000 animals on the premises. All told, hog farming operations in the state produce 10 billion gallons of waste every year.

In Duplin County, one of the most intensely farmed counties in North Carolina, animal waste produced by hog farming alone is double that of the entire New York City metro area, according to Waterkeeper Alliance, an environmental protection group that monitors the state’s vital watersheds.

In 1997, the state put a moratorium on new hog farming operations in place to prevent one thing from happening–catastrophic damage to North Carolina’s environment and water supply because of the poor maintenance of densely farmed floodplain. Poultry farming is no different, but industry bullhorns and legislators will tell you otherwise.

According to the new report from the EWG, 60 new poultry operations were added across the state each year between 2008 and 2016.

Over the past two years, that rate doubled. North Carolina poultry farmers added more than 240 new operations between 2016 to 2018. Poultry farmers cram 600,000 birds under roof with no access to natural light, room to move, or fresh air to breathe.

“Policymakers are demotivated by the larger industry power,” said Soren Rundquist, Director of Spatial Analysis with the Environmental Working Group. “[They’re] making policy that’s in line with the growth and expansion of these animal feeding operations.”

The poultry industry is finding a new, flood-prone home in North Carolina.

Per capita meat consumption in America helps explain the growth of industrial poultry farming operations in North Carolina. Americans eat more chicken than any other meat, about 85 pounds per year.

Chicken is quickly becoming America’s meat of choice. Now, two flood-prone North Carolina counties, who have become all too familiar with the consequences of factory farming in the past year, are up to their necks in new poultry farms.

In Duplin and Sampson countries, both of which flooded during Hurricane Florence, covering North Carolina in manure, contaminating the water supply, and posing a serious public health threat to residents nearby, nearly 82 million chickens and turkeys are packed in among four million pigs.

Hog farming has long been a source of conflict for North Carolinians. Their proximity to vital watersheds that supply drinking water to residential areas across the state makes operating them on such a large scale a serious public health risk.

Research shows that even when farmers maintain waste levels in manure lagoons regularly, which they do by spraying excess animal waste onto dry fields, that too can leak into the groundwater, heightening the risk of contamination for North Carolinians’ drinking water.

Moratorium on new hog farms. But not poultry?

In 1997, the hog industry had the same problem. On a steady rise from just over 2 million pigs in 1990 to about 10 million less than 10 years later, the sheer size of the industry (and devastating impact of Hurricane Floyd, which flooded multiple manure lagoons, contaminating the water supply) made it readily apparent that the amount of waste produced by 10 million pigs was putting the community at risk. So legislators placed a moratorium on new hog farming operations, part of the federal Clean Water Responsibility Act. The moratorium is still in effect, and the hog farming industry is still at a standstill. The moratorium at least partially mitigated the risk of environmental damage and water contamination from hog waste. At the time, poultry farms housed just 147 million birds statewide.

But over the past 20 years, the number of factory-farmed chickens and turkeys in North Carolina has ballooned to 515.3 million birds. The number of hogs in the state has remained relatively constant, never exceeding 10 million animals. Looks like moratoriums work, at least in North Carolina.

There is no such regulation for poultry operations. The risk of contaminating the water supply only is only going up. Since 1997, poultry farmers added 368 million more animals to the flood-prone Atlantic Coastal Plain. And the hurricanes keep coming.

One in five of North Carolina’s factory-farmed chickens, turkeys, and pigs live in these two counties

“People are eating more chicken,” said Rundquist. “But in doing so, it’s free reign on these two counties with no acknowledgment of the public health and environmental impact that these facilities have.”

The area is still hog country, home to almost half of all factory-farmed pigs in North Carolina. And according to new spatial analysis from EWG and Waterkeeper Alliance, a lot of new poultry farms are moving in right next door.

As of 2018, Duplin and Sampson are now the top two counties for poultry farming in North Carolina. They were already the state’s top hog producers, with 762 poultry operations and 931 hog operations.

Since the hog farming moratorium took effect, at least 74 poultry farms have been built on the same watershed that flooded during Hurricane Matthew in 2016 and again during Hurricane Florence this past year. Both hurricanes covering Duplin and Sampson counties with millions of gallons of animal waste.

“Most of the poultry industry operates largely with impunity,” said Will Hendricks, staff attorney for Waterkeeper Alliance.

“Unfortunately, there is a lot of geographic overlap of poultry and swine operations, particularly in the coastal plain,” said Hendricks. “That means North Carolina’s rivers, already choking on millions of gallons of pig manure, are now forced to cope with tons of chicken waste, as well.”

The problem with farming on a floodplain

“We’re talking about large piles of manure, in some cases the size of football fields,” said Rundquist. “They’re stacked as high as high as houses. [It’s] not even in an enclosed facility or under a roof, it’s just out in the open.”

“The expansion that’s happening is happening in the worst place it possibly could,” he said.

A shocking 93% of new poultry operations in Duplin and Sampson counties are within three miles of at least 20 other poultry or hog farms.

“There are exacerbated impacts of co-locating these animal feeding operations in this area. [It’s] well known for being a low-lying swamp near the coast that’s often inundated with heavy rains and the hurricanes that we’ve seen in the past couple years.”

The North Carolina Department of Environmental Quality (DEQ) is currently in the process of updating waste permits for hog farms. The new permits may be more rigorous to acquire, said Rundquist. When it comes to the environmental impact of animal waste, North Carolina needs higher standards.

Poultry produces more waste pollution than any other factory farming industry in the state. And its emissions are going completely unregulated.

Farm animals waste is one of the largest sources of nutrient pollution in North Carolina. In fact, factory-farmed chickens and turkeys are now a much larger source of nutrient pollution than hog farms. That’s due in no small part to the rapid, unchecked growth of poultry farming across the state.

Nutrient pollution from hog and poultry farms disrupts vital ecosystems. It causes “blackout” algae blooms that block the sun from reaching below the water’s surface. As a result, plants cannot photosynthesize and fish suffocate due to the lack of oxygen.

Even when it’s not raining, potentially contaminating the water supply, animal waste releases noxious gases that are dangerous to inhale. For infants, the elderly, and people with asthma, high concentrations of ammonia and phosphorous, the two dominant air pollutants from factory farm waste, can be deadly.

Another report from EWG found that as many as 252,070 homes fall within a three-mile zone from an animal farm or a wet manure storage pit.

According to the Basinwide Manure Production Report, poultry waste generated three times more nitrogen, also toxic to humans in high concentrations, and six times more phosphorus than pigs in 2014. Given the rapid growth of poultry farming in the past two years, pollution from animal waste in North Carolina is only going to get worse.

Wait–why are lawmakers regulating the hog industry but the poultry industry?

“The state will say, ‘Well because they’re producing a dry waste and not a wet waste,’” said Rundquist.

The Atlantic Coastal Plain, which includes Duplin and Sampson counties, annually receives more than 40 inches of rain. Over the past 10 years, five major hurricanes battered the North Carolina coast.

At the beginning of the month, DEQ announced a 30-day public comment period to discuss waste permits for factory farms. Rundquist and his colleagues want the poultry industry in North Carolina to own up to its failings. Waste from factory-farmed animals is an environmental hazard and public health threat to all of North Carolina.

“If you’re setting standards for pigs, you can’t ignore the enormous recent growth of the poultry industry that has largely flown under the radar,” said Rundquist.

Farm animal waste is one thing. Waste of life is another.

Farmers mix poultry waste in with carcasses and bedding to form dry litter. The process is extremely disturbing. Every day, chicken and turkey carcasses are layered in a bin on top of the same bedding they slept on their entire lives. Then farmers dump animal waste in the bin.

They store the dry litter in large, uncovered piles before spreading it in farm fields. The process is similar to the spraying technique used by hog farmers. But instead of seeping into the groundwater, dry litter often blows into neighboring backyards or washes into nearby rivers.

Three rivers, the Lumber, Neuse, and Cape Fear, run through the same floodplain dotted with 74 new poultry farms. They could not be in a worse spot.

In 2018, Hurricane Florence flooded 35 poultry operations. More than half of them flooded two years prior. Of the 18 farms flooded in 2018, nine of them were brand new–built on floodplain after farmers watched millions of animals drown in the aftermath of Hurricane Matthew.

Two years later, the state spent $11 million disposing of some 3.4 million dead birds, left behind by farmers to drown during Hurricane Florence.

For more than 20 years, poultry farmers in North Carolina got a free pass. Unchecked by legislators and increasingly unconcerned with the welfare of its animals, the state’s booming poultry industry casts a shadow on America’s appetite for meat. Meanwhile, millions of North Carolinians are left behind to clean up the mess.

525 million is a lot of animals to clean up after, and according to experts from the Environmental Working Group (EWG) and Waterkeeper Alliance, concentrated animal feeding operations, or CAFOs, do a horrendous job at containing the mess.