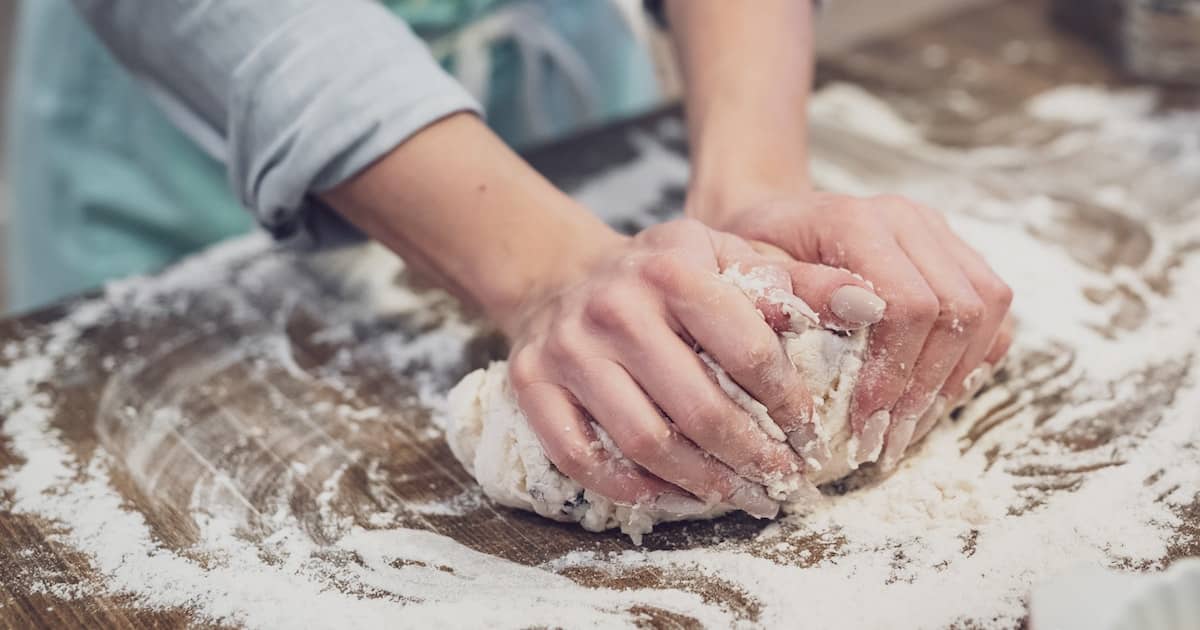 With so many different vegan egg substitutes available, choosing which one to use and how to use it in each baking project can be daunting. Regardless of the recipe, egg substitutes are available that doesn’t cause suffering to chickens or other birds. In fact, it’s likely that you already have a few of these substitutes in your fridge or pantry.

Is There a Vegan Egg Substitute?

There is not just one vegan egg substitute but a whole range of different options. Many are kitchen staples, others are specialty items available at health food stores, and some are replacements specifically crafted to replace eggs—particularly in recipes that use them as a central ingredient, like quiche. In baking, applesauce and pumpkin puree are useful substitutes, while the eggs in egg casseroles can be swapped for JUST egg, Red Mill Egg Replacer, or another specially formulated egg alternative.

How to Substitute Eggs in Vegan Baking

Baking without the eggs from chickens or other birds may seem challenging, but the reality is that swapping out eggs for other food items gives just as delicious results without contributing to the suffering of laying hens on factory farms. Below is a list of some of the options bakers have for making the switch from eggs to vegan substitutes in everything from cakes and muffins to shakshouka.

Applesauce is an awesome replacement in sweet desserts such as cakes and cupcakes. Each egg can be replaced with one quarter cup of applesauce. Keep in mind that applesauce is likely to make the final product denser than if eggs were used. This can be combated by adding one half teaspoon of baking powder to encourage a lighter, fluffier final product.

Aquafaba is produced using the liquid from a can of chickpeas. To use aquafaba as an egg replacer, all a baker needs to do is stir the liquid until it is foamy. Each average-sized can typically holds about eight to 12 tablespoons, which is able to replace two to three whole eggs, each requiring four tablespoons, or four to six egg whites, each requiring two tablespoons. Aquafaba can be used to replace eggs in many baked goods including cookies, brownies, and even quiches. By whipping the liquid a bit longer until it forms stiff peaks, aquafaba can also be used to make marshmallows or meringue.

Himalayan black salt, also called Kala Namak, is an awesome addition for those that love the taste of eggs but not the cruelty necessary to produce them. The salt tastes very similar to eggs due to the sulfur compounds it contains. Adding a pinch to vegan quiches or tofu scrambles is a good way of achieving an eggy flavor. When making this swap it is important to remember that Kala Namak is salt, so any other salt in the recipe should be reduced accordingly or swapped completely to avoid over-salting.

Swapping chia for chicken eggs in baking is an awesome way to boost nutrients, due to the high nutritional value of chia seeds. All you have to do is mix one tablespoon of chia seeds with three tablespoons of water per egg and then let the mixture sit for about five minutes until it thickens and forms a gel. Then use the gelatinous substance in your recipe just as you would an egg. Chia eggs are very versatile in baking and can be used in a vast array of items but are especially useful for pancakes, quick bread, and muffins.

To replace eggs with chickpea flour simply mix two tablespoons of flour with two tablespoons of water and one teaspoon of oil for each egg and allow to sit for five minutes before using. This swap is perfect for a lot of baking recipes, as it won’t change the texture or flavor of the resulting product. But do note that before it’s cooked chickpea flour tastes fairly awful, so licking the batter spoon may not be as appealing with this swap.

Though it requires a bit of preplanning, flaxseed eggs are highly versatile when it comes to baking. Making a flaxseed egg is simple. Just combine one tablespoon of ground flaxseed meal with three tablespoons of water and then let the mixture sit in the fridge for fifteen minutes to set.

The best oats to use when making an egg substitute are instant porridge or fine oats and not old-fashioned rolled oats. Using an oat-based egg replacer is as easy as combining two tablespoons of oats with three tablespoons of boiling water per egg. The mixture can be used as it is once it has cooled and thickened, or blended into a smooth paste. It works best in waffles, pancakes, bread, and other baked goods.

When the goal is to produce a very moist cake or cupcakes, reach for plant-based yogurt instead of eggs. To make this swap replace each egg with one quarter cup of nondairy vegan yogurt of your choosing. Opting for a flavored yogurt over plain unsweetened is also a great way to personalize and spice up a recipe.

Great for substituting into prepackaged mixes, canned pumpkin puree is an easy swap that can replace both eggs and oil. For each egg, a recipe calls for, add in one quarter cup of pumpkin puree. For replacing oil add in a one-to-one ratio, so if a recipe calls for one half cup of oil, one half cup of pumpkin can be added instead. The final product may have a slightly different flavor or color if you use pumpkin as a substitute, so it works best in baked goods such as chocolate cakes that have a dark color and strong flavor already.

When making chewy baked goods such as brownies and blondies, ripe bananas can be used to replace eggs. The general rule is to use one mashed banana of average size to replace each egg.

Silken tofu is a highly nutritious and adaptable egg replacer that can be used to make frittatas, quiches, or baked goods such as muffins and cakes. To make this swap, replace up to four eggs with pureed silken tofu at a rate of one quarter cup of tofu per egg. Though not as suitable for baked goods, firm tofu is a great substitute for eggs in dishes such as egg salad and scrambles.

There are a number of products specifically designed to replace eggs without impacting the flavor or texture of finished recipes. Products are available in liquid or powder form and can be used to make anything from quiches and casseroles to baked goods. Some examples of vegan egg replacers include JUST egg, Follow Your Heart VeganEgg, Simply Eggless, Bob’s Red Mill Egg Replacer, and The Vegg Vegan Egg Yolk.

If swapping pumpkin, bananas, or flaxseed for eggs in recipes doesn’t sound appealing, there are several egg substitutes available in powder form that can be used in baked goods that should create the same flavors and textures as eggs.

Recipes that use vegan egg substitutes to make tasty dishes without causing harm to animals include:

Choosing to replace the eggs in our favorite recipes is a great way to avoid contributing to the suffering of the chickens and birds that produce eggs. One of the first steps is to take stock of what you already have on hand that could be used instead of eggs for all your baking needs. After all, avoiding eggs is as simple as cracking open a can of chickpeas or a jar of applesauce.