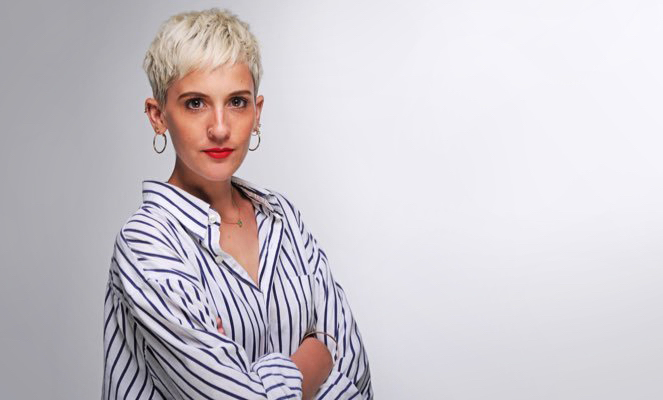 Stop Treating Violence Against Animals as a Game

Like many people, I woke up to the news on Monday that Joaquin Phoenix had made a sweeping speech when he accepted his award for Best Actor at the 2020 Academy Awards ceremony. And like many people, I was moved that he spoke so eloquently about injustice for all marginalized persons including animals. I was, however, disappointed to read Harriet Hall’s hot take the next day in The Independent. Disappointed, but not surprised.

When you have been standing at the crossroads of black liberation, queer liberation, and animal liberation for any amount of time, you know all about the difficult task of convincing allies of social justice that institutional violence against animals and humans does not occur in a vacuum.

The fact that Hall characterized Phoenix’s speech as a “galling juxtaposition” reveals her bigotry toward the other people with whom we share this planet. The perceived exceptionalism of humans in relation to other animals should be the thing that galls her, not Phoenix’s recognition of it. But the myth of our supreme right to dominate everyone else is persistent, and it replicates the very hierarchy that I presume Hall wants to dismantle.

In response to online attempts to educate her, Hall very condescendingly stated, “I’ve been a vegetarian for 15 years and take animal welfare extremely seriously – but comparisons like these do no one any favours and only undermine all points being made. By all means, he could have made them separately, but lumping them together was my problem.”

Her problem was lumping them together? I hate to break this to her, but in the words of Yolo Akili, author of Dear Universe: Letters of Affirmation and Empowerment, “Oppression thrives off isolation. Connection is the only thing that can save us.”

Furthermore, Hall presents her vegetarianism as some sort of misguided allyship. But that allyship earns Hall no cookies. Vegetarianism still robs chicken and cows of their reproductive autonomy. Vegetarianism offers no prohibition against violent exploitation of animals for entertainment or fashion. Hall would be well served to read the tireless work of Carol Adams, who penned The Sexual Politics of Meat some 30 odd years ago, to learn what ecofeminism can teach us about that.

And by shifting the focus to animal welfare, Hall conceals the necessity for animal liberation because welfare relies on the notion that we are entitled to others’ bodies as long as we treat them nicely. Such badge allyship is as fraudulent and toxic as that which white women have been serving up to black people since the dawn of Western civilization.

Badge allyship allows co-conspirators to appear sympathetic while holding the perpetrators’ boots in place. It is the illusion of solidarity by altering the material conditions of our marginalization instead of removing them altogether. Animals care about as much for her token concerns toward their “welfare” as I do about her performative outrage on my queer and black behalf.

But here lies the biggest plot twist. Even if Phoenix did make such a comparison, he wouldn’t be the first. Just two days ago, Chuck Sims Africa was released from prison after an unconscionable 40+ years of incarceration. He was the final member of the radical Philadelphia-based MOVE organization to be paroled. MOVE was a revolutionary black liberation group that advocated for total liberation for all persons, including animals.

Ed Pilkington wrote for the Guardian in 2018, “Black liberation, animal liberation – the two are as one with Move.”

Is Hall equally offended? Is she still galled?

Hall invokes “the injustices of racism, of the experiences of people of colour whose history is steeped in slavery” to express how it trivializes our experiences to recognize that they are shared. But it is dishonest virtue signaling at best, and willful weaponizing of oppression at worst.

Hall condemns Phoenix for mentioning “queer rights, when members of the gay community have been beaten, criminalised and banned from marrying their partners.” Yet it seems that Hall is completely ignorant of the tireless work of authors like pattrice jones, who has written and spoken quite extensively about queering animal liberation.

Could Phoenix be criticized for not elevating the voices of marginalized people who have been saying the same thing for years? Maybe. But we also have criticized straight white men for not doing the work of educating other privileged people like themselves instead of foisting that burden on us. In the moment of his speech, Phoenix did exactly that.

It is a great irony that Hall considers Phoenix to embody white savior complex. While there is no shortage of it in the movement for animal liberation, today the only white savior in the room is Hall. So since Hall is so quick to offer pro tips, here’s one for her: Ms. Hall, please do the homework assignment before coming to class. The body of literature to educate so-called allies on the commonality of oppression is vast. You may speak for other oppressed people who share your contempt for other animals, and that is indeed your privilege. But you do not speak on behalf of all marginalized people. If you have no desire to go about the work of collective liberation, that’s fine. But please get out of the way for those of us who are doing it.

I lose nothing by expanding the scope of my justice to include other animals. Unfortunately, doing so may cause Hall to lose a glass of milk. I hope that that doesn’t distress her too much. After all, several scholars have observed a link between milk and white supremacy, a point that might be lost on Harriet Hall—although such shared oppression was very literally the point made by Joaquin Phoenix.

Author’s note: I submitted this to Holly Baxter, the opinions editor at The Independent who commissioned Hall’s piece. She, unfortunately, did not respond. But she did, however, have time to rebuke and then literally silence everyone on Twitter who disagreed with her and Hall. So here’s a second pro tip: As a white woman speaking on behalf of marginalized people, you would do good not to shut us down when we speak for ourselves. And do not center yourselves in discussions by crying white woman tears about how badly you’re treated as an ally. Your white feminism? It’s showing.

This article first appeared on christophersebastian.info.