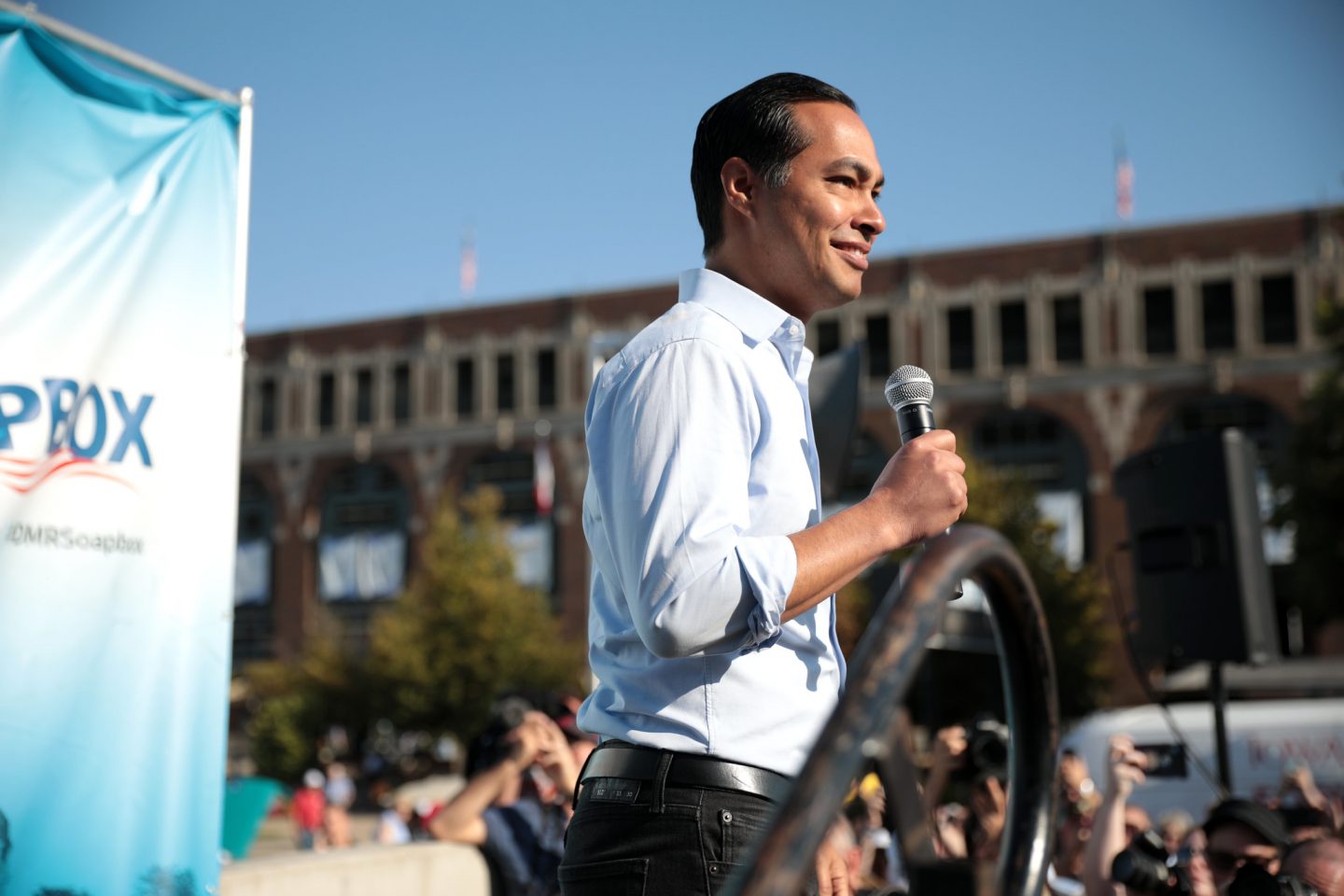 Earlier this week, Julián Castro, who is the former Mayor of San Antonio, Texas, and Secretary of Housing and Urban Development under President Obama, just became the first candidate to endorse animal rights on the 2020 campaign trail. On Tuesday, Castro announced a comprehensive plan to protect animals and wildlife in response to the careless environmental policies enacted by the current administration.

The announcement was met with praise by political tacticians and animal lovers alike. Vox called Castro’s animal welfare plan “good policy – and smart politics.” Coverage of the plan came in from The Hill, NBC, The Los Angeles Times, and a number of other mainstream media publications, all of which included the phrase “animal welfare” or “animal rights” in the headline.

Notably, New York Magazine points out that American politics is significantly behind the rest of the world when it comes to the issue of animal rights. In the UK, every political party other than the Tories has an elaborate animal welfare agenda. In most of Europe, animal rights and animal welfare are standard issues for left-of-center politicians.

“The president does not care about animals and his cruel actions prove it. He has put corporate profits over living creatures and individual fortunes over our future,” Castro told the Washington Post. “This groundbreaking plan will improve the treatment of animals around the country and the world, and undo Donald Trump’s damage.”

Castro is committed to advancing animal welfare – for dogs, cats, and farmed animals. The plan addresses animal welfare and factory farms in tandem, a position rarely taken by big-name politicians. For most of the candidates, Democrat or Republican, animal farming is a non-issue. That’s not to say that it’s not talked about. It’s just not being talked about in the right way.

Candidates like Bernie Sanders and Elizabeth Warren have spoken out adamantly against the rise of factory farming, in vehement support of the return to smaller family farms. They refer to factory farming in the context of more commonly accepted voting issues like labor standards, sustainability, and climate change. But the difference – and it’s a big difference – is that unlike virtually every federal farming policy proposal to date, Castro’s plan directly addresses the welfare of the millions of animals forced to live on factory farms, with the expressed intent of reducing suffering.

No other candidate on the 2020 campaign trail has even bothered to utter the words “animal welfare” in a debate, let alone a policy proposal outright promoting it. Maybe the rest of the field will follow Castro’s lead.

Taking his assault on factory farms a step further, Castro explicitly calls out the “ag-gag” laws that farms use to silence whistleblowers. He also plans to support funding for farms of all sizes to participate in independent animal welfare certification programs that he hopes will improve transparency in the frighteningly opaque animal agriculture industry.

It’s worth noting here that the implications of such legislation are haphazard at best. Most animal cruelty is not addressed by the law, and much, if not all, of that cruelty consists of standard practices made commonplace within the animal agriculture industry.

On factory farms, whistleblowers document animal cruelty and torture with the expressed intent of spreading awareness and reducing animal suffering, not promoting it, and yet they receive barely any protections under the law and the cruelty they expose often goes unpunished. Still, the passage of a bipartisan animal cruelty bill is long overdue.

Stop the unnecessary killing of domestic cats and dogs. Since 1970, the number of healthy dogs and cats euthanized in shelters in the U.S. every year dropped from nearly 20 million to about 1 million today. Castro plans to continue that trend, calling for a stronger Animal Welfare Act and more support for pet-friendly federal policies.

He is especially focused on reinstating appropriate federal oversight of breeding facilities, which the Trump administration has rolled back considerably over the past two years.

Castro’s hometown, San Antonio, is a shining example of what pet-friendly policy should look like. In less than a decade, San Antonio went from a city that killed more pets per capita than any other city in the U.S. to no-kill status, meaning no healthy or treatable pets are killed even when the shelter is full. Castro has a track record as an animal protector and it looks like he’s eager to prove it.

Castro will protect Endangered Species and the environment. Species loss in the Americas could hit 40% in the next 30 years, according to a new report from the Intergovernmental Science-Policy Platform on Biodiversity and Ecosystem Services. 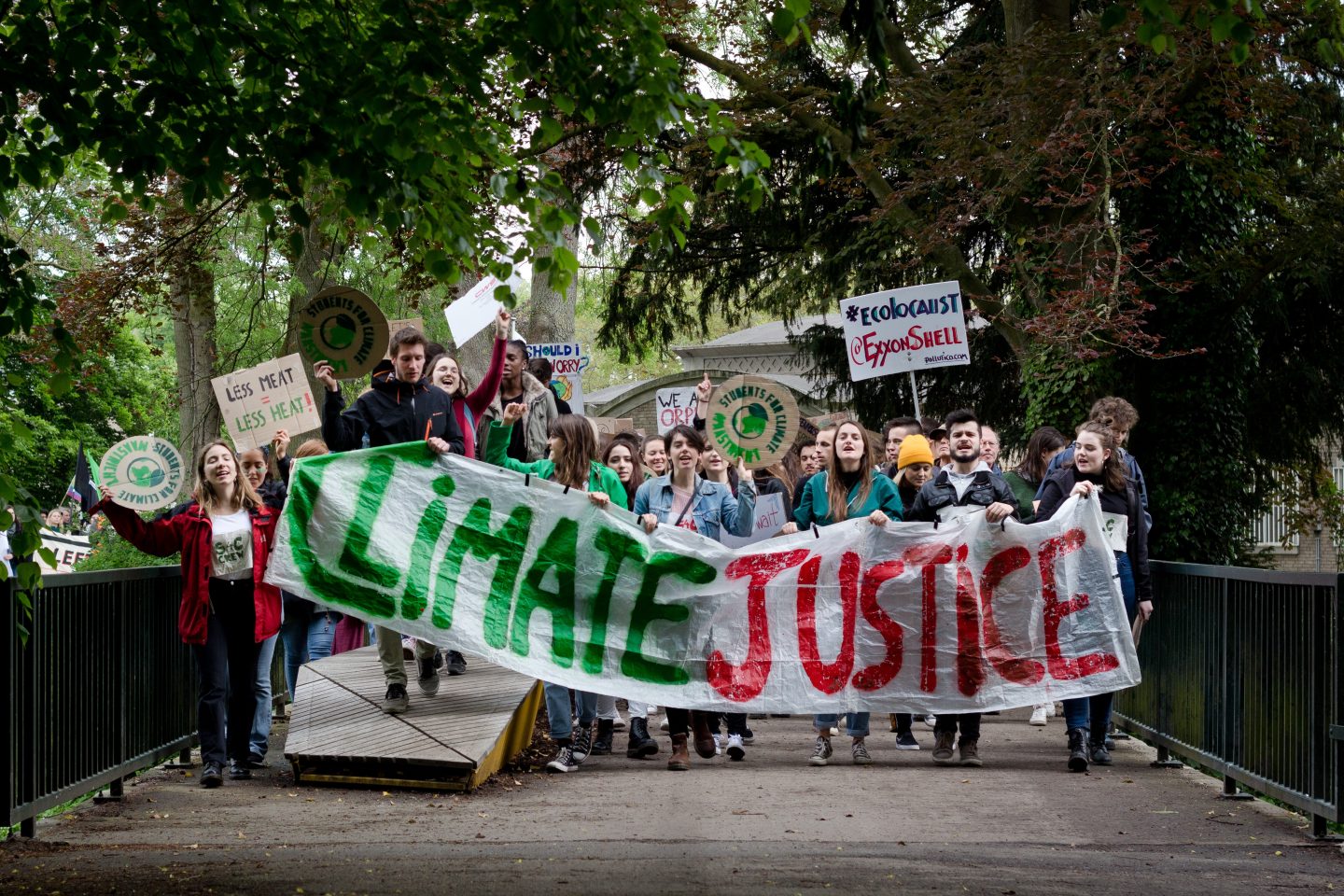 Today, one million plant and animal species are on the verge of extinction, according to a UN report. Castro’s plan will take on the largest drivers of species extinction – climate change, land degradation, and trophy hunting – more directly than any other mainstream political platform to date.

There are 309 threatened species protected under the Endangered Species Act. But since taking office, Trump administration has narrowed the definition of “threatened” to a case-by-case basis, barring the sage grouse and prairie chicken – both of which live on lands where oil companies would like to drill – from the endangered species list for 10 years.

In response, leaders from eight major environmental groups filed a lawsuit against Trump over his attack on endangered species, claiming changes are being made largely to benefit industry groups and landowners. Castro hopes to build off of this momentum.

“I will ensure Endangered Species Act designations and classifications are created based on scientific facts, incorporating both the current and projected effects of climate change, reversing this administration’s actions,” Castro states.

Protect at least 30 percent of America’s lands and oceans by 2030. This is by far the plan’s most ambitious and poignant promise. Since Trump took office, the percentage of U.S. land protected by the federal government shrunk considerably.

Trump’s controversial downsizing of Bears Ears National Monument and Grand Staircase-Escalante represents the largest protected area reductions in U.S. history. Throughout his time in office, Trump has shown a blatant disregard for vital habitats across the country.

Currently, less than 15% of all U.S. land is protected. Castro plans to double this area – from about 470,000 square miles to nearly 1 million square miles of protected land. This will prove to be no easy task, as cattle ranchers and oil drillers threatened to exploit nearly every exploitable corner of the country where there’s a profit to be made.

For starters, Castro wants to restore the Bears Ears and Grand Staircase-Escalante National Monuments to their former size. But he’s not planning to stop there. Castro is looking for any and every opportunity to further protect land and marine areas from fossil fuel companies, cattle ranchers, and other environmentally destructive activities.

To protect the planet from environmental destruction, we must end the leasing of federal lands for fossil fuel exploration and extraction.

“Whether it is the Arctic Refuge in Alaska or national parks in the Rocky Mountains, we should ensure that we protect these lands, their inhabitants, and meet our environmental goals to combat climate change,” Castro’s plan firmly states.

In a Year of Climate Reckoning, Where Does Joe Biden Stand on Climate and Agriculture?