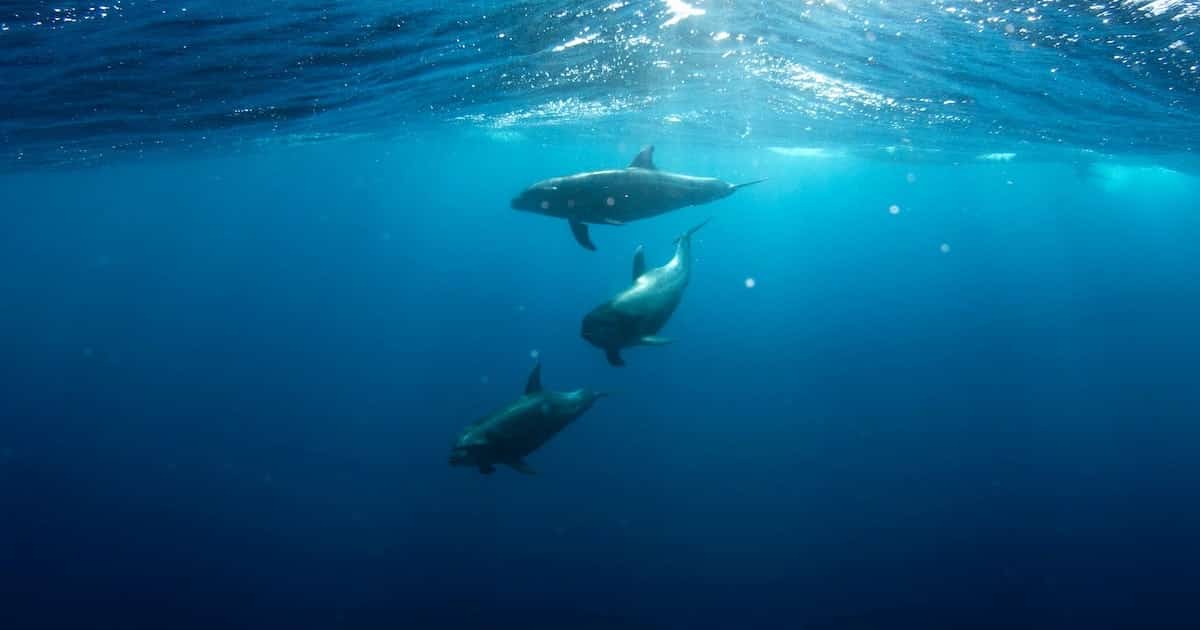 Humans have always been fascinated by dolphins. They are regarded as good luck by sailors and play the starring role in many stories in which they rescue people from drowning or shark attacks. But our fascination with dolphins has had deadly consequences. We lock them in tanks for us to visit, point and gawk at. When we want to see dolphins in the wild we gather on boats that pollute their homes, making it difficult for them to communicate and causing them stress. Dolphins are extremely intricate creatures that can grow to be decades old without the continuous and detrimental mishandling of well-meaning but oblivious humans.

How Can We Find Out the Age of a Dolphin?

There are a handful of different methods that can be used to determine the age of a dolphin. Among the various techniques for aging are those that use teeth, flippers, and a blood or skin sample. For a long time, scientists would either need to extract a tooth or perform radiographs, or x-rays, on the dolphins’ flippers. Tooth extraction is a highly invasive procedure but provides the opportunity for scientists and researchers to estimate age from growth layer analysis. A newer, less invasive, and more accurate way of estimating the age of a dolphin is through the collection and analysis of a blood or skin sample.

What Is the Life Cycle of a Dolphin?

Dolphins spend their lives as part of a pod surrounded by other dolphins. The pod plays a key role in every stage of a dolphin’s life.

A dolphin’s tail is typically the first part of a dolphin to meet the world, which helps to ensure that by the time the baby’s head emerges there is still enough time for them to get to the surface to take their first breath of air. Either the mother or another female member of the pod will push the calf to the surface to ensure they are able to breathe. The baby dolphin will be able to swim and breathe independently within the first few minutes after birth and will then spend the first six months to two years of their life nursing from their mother, depending on their species.

Following weaning, a dolphin will spend another three to eight years with their mother, who will protect them and may assist other female members of the pod with their young.

Somewhere between five and ten years old a dolphin will reach puberty and be able to mate, thus beginning the life cycle over again. Depending on the species, a dolphin may produce offspring every one and a half to three years.

How Long Do Dolphins Live in the Wild?

Though there are many different dolphin species in oceans, rivers, and waterways all over the world, most tend to have a wild lifespan of around 20 to 40 years. Fraser’s dolphins, which can be found in deep tropical waters, live for around 18 years. According to the National Oceanic and Atmospheric Administration of the United States, common bottlenose dolphins live for at least 40 years but some female dolphins reach lifespans of 60 years or more. They spend their lives in harbors, bays, gulfs, and waterways all over the world, swimming miles upon miles every day.

How Long Do Bottlenose Dolphins Live in Captivity?

Bottlenose dolphins in captivity have a mean life expectancy of 28.2 years and a median of 29.2. A life in captivity is vastly different from the one that dolphins would be leading if they were in their natural habitats. One significant difference is the area that the dolphins are able to explore. Outside of captivity dolphins have endless waterways to explore whereas in captivity they have tanks of a limited size, often made up of smooth cement walls and lacking the points of interest present in the wild. Dolphins in the wild also form close-knit pods that share a language and communicate with each other. In many captive settings, dolphins from different pods or even different species altogether are placed into the same enclosures, making it difficult or even impossible for them to communicate with each other, which can cause frustration and stress.

How Old Is the Oldest Dolphin?

The oldest recorded bottlenose dolphin was Nicklo, a dolphin living in Sarasota Bay who researchers had known since she was a calf. She was photographed in 2016 at 66 years old. Orcas are the dolphins that are known to live the longest. One particularly well-known orca was dubbed Granny. She became famous because of how often she would be seen and photographed in her primary residence, in the northeastern coastal waters of the United States, where she was an important matriarch of the endangered southern resident orca community. She was likely an astonishing 105 years old when she was last seen in 2016. Due to a lack of further sightings, she has since been presumed dead.

In addition to natural causes of death, such as old age and certain illnesses, dolphins are being killed by human activity every single day. Some of the greatest threats to dolphins are bycatch, climate change, tourism, overfishing, pollution, noise pollution, habitat degradation, and hunting.

Anything that is caught while fishing that is not the intended target is known as bycatch. Dolphins are frequently caught in the massive nets of industrial fishing vessels and dragged along with the thousands of other fish, marine animals, and objects that are collected. Dolphins are likely to drown or die from wounds while in the nets, or if brought onboard may be thrown back into the water to die from injuries caused by the nets and by fishermen themselves.

A study of dolphins residing in the Shark Bay of Western Australia following a four-degree increase in water temperatures in 2011 found that survival rates dropped by 12 percent and that female dolphins were giving birth to fewer calves, an outcome that persisted until 2017.

Though going on a dolphin sighting cruise may seem harmless, research on the population of dolphins living in Doubtful Sound, New Zealand has suggested otherwise. In the study, the presence of boats reduced restfulness in dolphins and increased behaviors associated with “discontentment.”

By taking too much fish from the oceans through overfishing we are not only trapping dolphins in nets but acting as their competitors and not leaving enough behind for them to consume.

Pollution, whether released into the atmosphere or directly into the water, has a profound impact on oceans and, with them, the dolphins that call them home. Everything from dolphin health to food sources and the ecosystems in which they live are negatively impacted by pollution.

Noise pollution from boats and other underwater sources is detrimental for dolphins who rely on echolocation to communicate and navigate the world around them. Certain dolphins are no longer able to communicate at the great distances they once were due to noise pollution, making hunting more difficult.

One significant step you can take right now to help protect dolphins and ensure each individual is living their life to the fullest is to stop eating seafood. Making the decision to omit seafood from our diets can have far-reaching impacts on dolphins.

By removing seafood from our plates, we are no longer supporting the industrial-scale fishing that leads to the unnecessary and cruel capture and death of thousands of dolphins a year. In addition to not directly contributing to the death of dolphins, we are also not consuming food that they need to survive and disrupting the natural food chain of the world’s oceans. Choosing not to consume seafood could also reduce noise pollution and water pollution as less demand for seafood means fewer fishing vessels dumping waste and making noise.

Another step we can take to reduce the suffering of dolphins is to be responsible tourists. When visiting a destination known for the presence of dolphins, opting out of boat tours and dolphin cruises altogether may result in one fewer boat going out causing stress to the animals. Oftentimes, a pleasant walk along the water or a kayak ride in a quiet area can result in a much more intimate and meaningful sighting. If you are set on seeing dolphins as part of your visit, choosing tours that stay further away from dolphins and thus reducing the likelihood of a direct boat strike is better than selecting a tour that promises to get up close and personal. Choosing to skip attractions such as aquariums or theme parks that house dolphins in captivity is also another great way to be a responsible tourist and avoid contributing to the suffering of dolphins.

There are a number of organizations working to end dolphin suffering that you can support through volunteering, signing petitions, social media interaction, or direct financial contributions. Ric O’Barry’s Dolphin Project is one such organization focused on ending dolphin captivity and retiring or releasing captive dolphins around the world. Another organization working to protect the interests of dolphins is Whale and Dolphin Conservation.