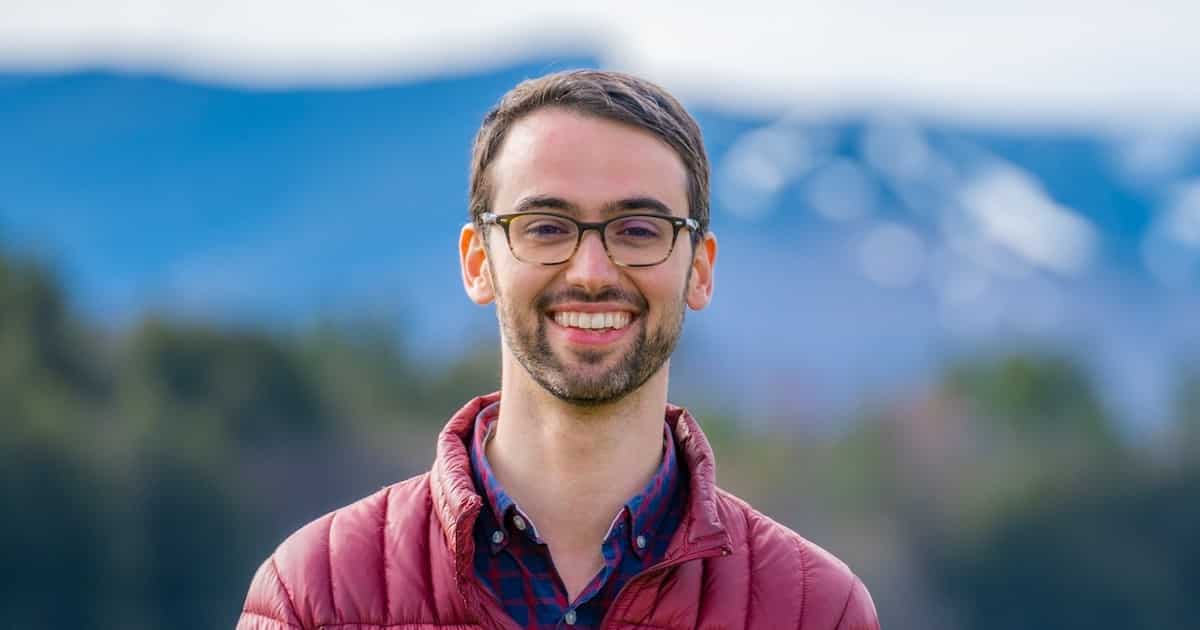 Scott Weathers is a public health consultant and food policy expert running for State Representative in the city of Stowe, Vermont. He is currently Chair of the Lamoille County Democratic Committee and sits on the boards of multiple organizations including the Vermont Sierra Club and Lamoille County Meals on Wheels. Weathers previously worked in policy at the Good Food Institute, a nonprofit working to advance innovation in alternative protein. He is also the owner of Brave Mountain Consulting, working with national and Vermont-based nonprofits on issues concerning food, climate, and public health.

Sentient Media recently spoke with Weathers about some of the most pressing issues he wants to address, including the lack of critical climate protections across the state.

Jennifer Mishler: On your campaign website, you say that “the status quo isn’t working for Vermonters.” What, to you, is that status quo?

Scott Weathers: Absolutely. Well, I think that as someone who’s running for Stowe statehouse seat, I think that it’s critical for Vermonters that we pass paid family leave, we work to fight climate change, and we increase the minimum wage.

And in Vermont, you know, several bills on those issues have failed, unfortunately. Just a couple weeks ago, we saw the Clean Heat Standard, which is a critical climate protection bill, fail by just one vote in the House—and about two years ago, we saw paid family leave fail, again, by just one vote in the House. And this seat is probably our best chance at flipping a district, and so, those are some of the changes that I’m hoping to see.

Jennifer: I know you grew up in North Carolina, where many of the issues you seem to care deeply about like our food system and climate change are so relevant because the meat industry is so deeply entrenched there. So, what drew you to relocate to Vermont and get politically involved in the town of Stowe?

Scott: Yeah, definitely. My partner and I, prior to the pandemic, had been looking for a place to call home. And my partner Mikaela had grown up coming to Stowe and, so, we actually visited Vermont right before the pandemic and discovered, hey, this is somewhere that we really want to move to. And when the pandemic happened, it was just a silver lining for us that we could finally move to live together in the same place because we were doing long distance for so long, and to live in Stowe. So, we decided to move to Stowe—and that’s kind of what, the quality of life, the skiing, the mountain biking, the outdoors, you know, all of that is really what drove us to want to live in Stowe.

I always cared a lot about politics, and I worked on policy issues previously. But I started getting involved through our country democratic committee, so I stepped up and became our County Democratic Chair and was able to meet with legislators. I also joined the board of the Vermont Sierra Club, where I was able to talk about policy issues and meet a lot of legislators statewide, which allowed me to understand policy issues in Vermont and really be able to dig in—which led to me deciding to run.

Jennifer: On your website, you write that “Vermont can power its economy with smart investments in green technologies and more energy-efficient industries.” Which industries are your top priorities?

Scott: Well, I think Vermont’s greenhouse gas emissions are particularly driven by transportation and indoor heating. And so, I think that from a climate perspective, it’s really smart to focus on those two primary sources for Vermont.

Jennifer: Your educational background is in public health. And in 2017, long before the COVID-19 pandemic we are still facing began, you warned in a joint op-ed for the New York Times of the dangers of antibiotic resistance and the harms of factory farming that are “global in nature.” Do you see the public health risks posed by our increasingly industrialized food system as one of the pressing issues of our time, and how do you think this problem can best be addressed?

Scott: Yeah, absolutely. I mean, I think unfortunately our food system has really become a machine, and it puts us all in a bad position. I think our food system puts workers in a terrible position, and increasingly farmers in a position in a cycle of debt. it puts consumers in a position where they can’t always access healthy and sustainable food—and obviously, it’s hurting our planet and animals as well. And so, I think our elected officials can play a really important role in building a new system by investing in alternatives, by encouraging the growth of local and organic food, and building up a system that really supports us all. So I think that that’s something that I really want to work on.

Jennifer: I saw that your mother, too, is a longtime public health advocate. Is that part of what inspires your dedication to that cause?

Scott: Yeah, absolutely. My mom worked on access to family planning and pro-choice issues all her life. And so, she’s a huge inspiration to me and definitely something that pushed me to work in the field of public health.

Jennifer: Can you tell us a little about the work you do at Brave Mountain Consulting, and how it ties into the issues that you aim to address if elected to office?

Scott: Absolutely. I work with a variety of clients, you know, on public health, food, and agriculture issues, mainly with nonprofits both in Vermont and across the country. And so, I think the clients that I have, and through my consulting work, definitely reflect my values and reflect the types of issues that I want to work on.

Jennifer: Is there anything else you want people to know about you or your campaign?

Scott: I would just encourage folks to follow along, you know, you can check out my campaign website, you can find my campaign Facebook page. If folks are interested in donating, they’re more than welcome to do that.

And obviously, as someone who’s plant-based, I really care about the types of values that guide me to this work, and I’m really excited about the work that Sentient Media is doing, and I thought that folks might be interested.

This interview has been edited for clarity.

How to Start Eating Plant-Based: A Beginner’s Guide