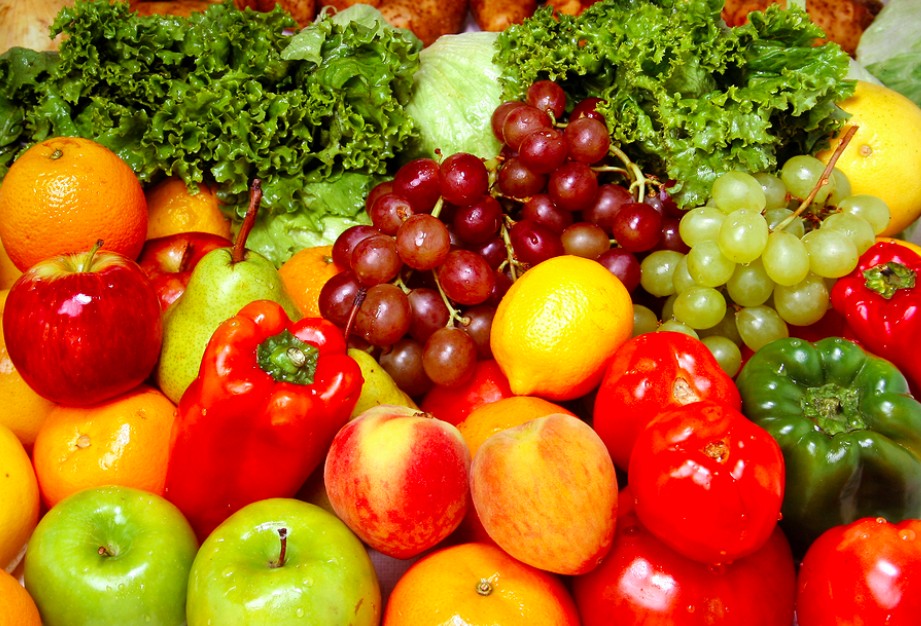 Vegan Snacks to Curb Your Hunger and Stay Healthy

If you’re already a vegan or considering veganism, you might wonder about the benefits and drawbacks of adopting a raw vegan diet. Some consider it an extreme way to live, but it can actually prove healthy.

What is a vegan raw diet and why are so many people championing it? Those are the questions we’re going to explore today.

What Is a Raw Vegan Diet?

You likely already know what a vegan diet involves. Vegans cut meat as well as animal by-products, such as dairy and eggs, from their diets. They also don’t buy or use products that are made from animal parts or tested on animals.

The raw vegan diet takes this lifestyle a step further. For health, nutritional, or other needs, people who eat a vegan raw diet don’t eat cooked food either. In fact, they don’t consume foods that have been heated over a certain temperature, such as 104 degrees Fahrenheit.

Most raw foodists are vegan, as well, though a small subset of raw foodies also eats raw eggs, dairy, and fish.

The raw vegan diet has been around since the early 1800s and continues to attract people around the world. The idea is that raw food retains its original chemical makeup, which means that we might get more nutrients from the food by eating it raw.

However, that’s not the only benefit, nor is it always safe. Before embarking upon a raw food diet, consider consulting a physician or nutritionist to make sure you’re getting adequate nutrition for your body’s unique needs.

Some people who follow raw vegan diets give themselves some leeway, For instance, they’ll eat 90 or 95 percent raw, leaving some room for cooked foods. However, if there’s raw food on offer, that’s what they’ll choose.

The raw vegan diet is considerably healthier than a vegan diet that includes eggs, dairy, and meat. For instance, eating raw or even rare meat can result in serious bacterial infections, from salmonella to e.coli.

Sushi is a common food of choice for raw foodists who don’t eat 100 percent vegan. Raw fish can be dangerous, too, especially for contracting parasites. While experts say it’s possible to eliminate the parasite danger by freezing raw fish or squid, who wants to eat a dead parasite?

Benefits of a Vegan Raw Diet

There’s nothing healthier than fresh fruits and vegetables. Research shows that most people don’t eat sufficient servings of vegetables. Experts recommend between three and four portions per day, though some claim that six or seven servings will provide more health benefits.

However, if you’re heating your vegetables, buying them frozen, or choosing canned varieties, you might not get as many nutrients from your vegetables. The blanching process manufacturers use before they freeze vegetables can remove up to 80 percent of those nutrients.

It’s also true that the nutrient value of any fruit or vegetable begins to decline the moment it’s harvested. Eating fresh fruits and vegetables straight from the vine, with no pesticides or chemicals, provides the most nutritive value.

That’s a big reason why people choose a vegan raw diet. It’s designed to provide you with the best nutrition.

Eating raw vegan meals is also easy. You don’t have to do much prep, so you get more time to spend on work, family, and friends. Grab some carrot sticks and vegan dip for a snack, enjoy strawberries or blueberries for dessert, and fill your meals with raw, healthy foods, including nuts.

Some foods, such as apples, are considered “negative calorie” foods. In other words, you expend more calories eating and digesting the apple than you take in from the fruit. This can be helpful for weight loss as long as you’re getting sufficient calories elsewhere.

Additionally, a raw vegan diet is full of fiber, especially if you focus on veggies. Fiber is essential for keeping your gut health in check, encouraging regular bowel movements, and letting you know when you’re full. Fiber is also heart-healthy, reducing the risk of cardiovascular disease, colitis, and other health issues.

Drawbacks of a Raw Vegan Diet 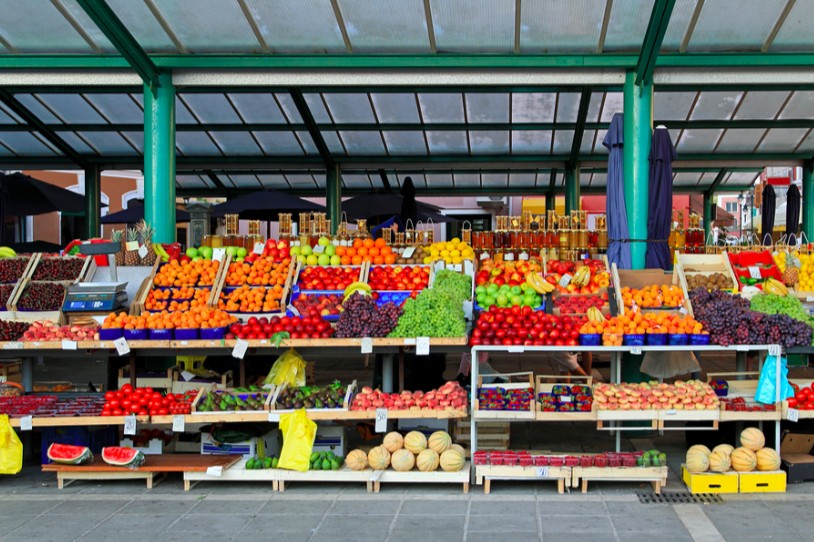 Even if you dedicate yourself to trying new raw foods as often as possible, you might get bored with the raw vegan diet after a while. Your body might begin to crave cooked foods — particularly carbs — and you could struggle to fit sufficient calories into your diet.

As mentioned above, fiber is an excellent addition to your diet. However, some people are sensitive to it, especially if they have any health issues that impact the colon. Too much fiber can result in constipation, bloating, and reduced appetite, among other consequences.

It’s also hard to get sufficient plant-based protein on a raw diet. You need lots of nuts and seeds to counter the loss of protein from cooked foods.

The other drawbacks include difficulty in social situations and while eating out, any problems with disordered eating, and health issues that might require cooked foods in your diet.

As mentioned above, you’ll need to consult a professional to make sure you’re getting what your body needs to thrive. If you’re interested in a raw vegan diet, you might start with the 80/20 version — meaning you eat 20 percent cooked foods — to see how your body adapts. 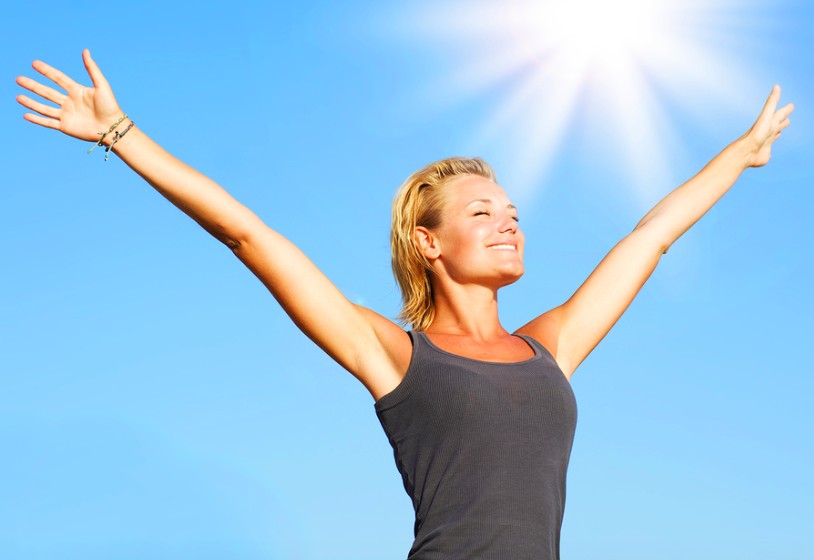 It’s possible to thrive on a raw vegan diet if you’re careful about how you choose your foods. Make sure you get plenty of variety so you’re taking in all the nutrients Mother Nature has to offer.

Let’s look at some of the most important aspects of switching to raw veganism.

Most vegan salads are already raw. They don’t have any cooked ingredients, so they’re familiar. Try adding new things to your salads, such as seeds and nuts, to increase the crunch factor even more and introduce new foods to your body.

Making a salad is also easy in terms of meal prep. Toss everything together and add your preferred vegan dressing. Consider adding some dehydrated fruit or flax crackers for variety.

Generally speaking, fruits and vegetables of different colors have different nutrient profiles. Making your plate as colorful as possible will diversify your vitamin and mineral intake for optimal health.

Plus, you’ll get lots of different flavors to entice your taste buds and help you feel fuller. The acidity of an orange can counter the sweetness of an apple, for instance.

Contrary to what some scholars have said over the years, we need dietary fat to survive. Without fat, your body can’t run at its optimal level.

Invest in a High-Quality Blender

Blending and juicing foods will add more variety to your diet. When you want something soft to eat, you might blend ingredients together to make a smoothie or blended bowl. A blender that allows you to chop and otherwise change the size of foods can be worth its weight in gold.

It’s easy to get stuck in a rut on a raw vegan diet if you don’t get creative. Start to look at foods in new ways to figure out how to add variety to your diet.

Take spinach, for instance. Instead of just heaping it on your salad, use it as a wrap. Use zucchini to make raw hummus, which will add some creaminess to your wrap, and full the spinach “burrito” with chopped vegetables, sprouts, and other favorite foods.

Even if processed foods are vegan and raw, avoid them as much as possible. Processing typically involves high temperatures, for one thing, so something that looks raw might not be. Additionally, processing frequently adds unwanted calories and chemicals to foods.

Try shopping at your local farmer’s market. Roadside stands work just as well. The produce is often fresher when you buy it through these venues, so you’re getting even more nutritional value from what you eat.

Will Eating Vegan and Raw Help Me Lose Weight?

There are a few myths surrounding weight loss and both vegan and raw diets. Eating a vegan raw diet won’t automatically result in weight loss. In fact, you can actually gain weight while eating vegan and raw.

When your diet skews toward high-fat and high-sugar foods, you might pack on the pounds. Eating too many avocados, nuts, seeds, and similar foods can result in too much fat intake. The same goes for sugary fruits, such as bananas and pineapples.

If you’re embarking upon a vegan raw diet, do your research. Find out how much of each food you love constitutes a serving and how many grams of fat, carbs, and protein exists in each one. When you design a meal that’s high in fat, balance it out with high-fiber green, and enjoy sugary fruits in moderation.

How Can I Eat Vegan and Raw at Restaurants?

Some restaurants are devoted to raw foods, though they’re few and far between. You’re more likely to find them on the West coast of the United States, for instance, than on the East coast.

If you know in advance that you’re meeting people at a restaurant, give the menu a glance before you go. Most restaurants have online menus for your perusal.

Check out the side dishes in particular. For instance, the restaurant might serve a fruit bowl. That’s a great source of raw vegan food. The same goes for salads. You can always ask the waitstaff to remove any cooked foods from a salad’s ingredient list.

Eating ahead of time can help, as well. For instance, a fruit cup probably won’t satiate your appetite, so you can enjoy some raw vegetables before you go. That way, you won’t feel ostracized because you’re not eating, but neither will you get hungry an hour later.

Another option is to research raw-friendly restaurants in your area. When you or a friend suggests going to dinner, consider visiting one of those restaurants so you can more easily find something delicious to eat that also aligns with your dietary lifestyle.

Is Juicing a Good Way to Eat a Raw Vegan Diet?

Some people love to juice, while others complain that juices aren’t sufficiently filling. When you reduce fresh vegetables, fruits, and other ingredients to liquid, your stomach doesn’t necessarily register what you’re drinking as food.

Consequently, you get hungry right after you drink a salad’s worth of vegetables.

There are ways to thicken juices, such as by adding ice to the blender, but you still might not feel full enough. Consider adding a few celery stalks to your juice. Munching on them can help you feel fuller.

Consider drinking your juices through a straw. A raw vegan diet can be hard on your teeth because you’re crunching a lot of touch vegetables and eating acidic fruits. Drinking juice through a straw will spare your teeth from exposure to the sugars in the juice.

There’s nothing inherently dangerous about a raw vegan diet. It’s naturally full of antioxidants, anti-inflammatories, and heart-healthy foods. When you don’t cook your meals, the ingredients retain more of their nutritive value.

Raw foodists sometimes encounter struggles with the raw vegan diet. These obstacles vary significantly from one person to another. However, you can adjust your diet to meet your specific needs.

For instance, maybe you’ll only eat 50 percent raw, or perhaps you’ll eat one cooked meal per day and reserve the rest of your meals and snacks for raw foods. Feel free to customize away.

You should know, however, that by eating vegan, you’re helping save animals from terrible fates and to improve the planet. A raw diet simply adds another layer to what you eat, while veganism encompasses so much more of your life.

Have you tried a raw vegan diet?