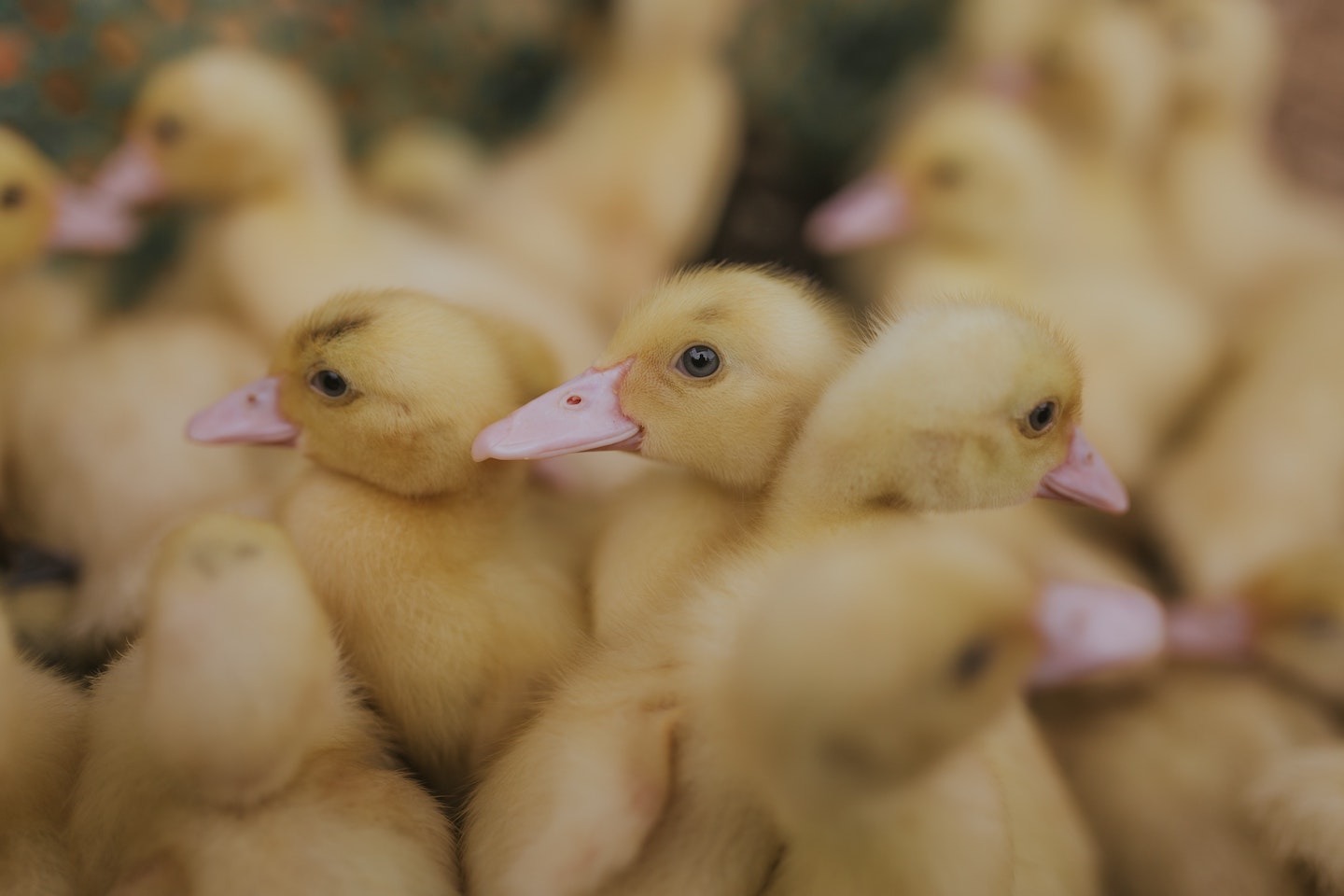 As much of North America first locked down during the COVID-19 pandemic, a new hobby emerged to help while away the hours at home: renting or purchasing baby ducks and caring for them until … well it seems many folks didn’t think about the next part.

Now, a number of animal sanctuaries are reporting that they are overwhelmed with requests to take in lockdown-acquired ducks from people who cannot bear to send them back to the farm to be slaughtered. Others simply cannot continue caring for the animals on their own.

In a perfect world, the process of caring for a farmed animal and then seeking them sanctuary might lend the right person to reconsider their relationship with animals. But, as psychologist and author Clare Mann explains, the disconnect between the animals we love and the animals we eat is very real.

“We walk into the supermarket [and] we don’t see kittens and lambs and living animals,” says Mann. “We see shrink-wrap covering a piece of … food.”

In most cultures, we separate our empathy for the animals we love from the animals we eat. One reason we do this, Mann says, is because making that connection will cause us pain.

A duck-renter in Ontario, Frankie Nelson, says he and his family had no qualms about caring for two ducklings for two weeks and then returning them to an unknown fate. They even ate duck soon after.

“I guess we are able to compartmentalize,” he says. “The difference between the baby ducks and dinner; we didn’t equate the two and we were all ok with it.”

Nelson categorizes himself and his family as “meat-eaters” and says though he knows many vegetarians “who became vegetarian because they couldn’t compartmentalize, we are able to do that.”

But when asked if he would be able to eat the very baby ducks he cared for, he said he would have to “think about that long and hard.”

“We had duck for dinner last night,” he added.

On social media, it is not hard to find posts from people gleefully sharing their rented ducklings followed by photos of meat-filled meals.

“With this spring’s surrenders I did not feel that the compassion to stop eating meat was obvious,” says Kathy Halamka, co-founder of Unity Farm Sanctuary in Massachusetts. “Perhaps that is because fewer people eat duck in the U.S. Cognitive dissonance is still very clear in our surrender situations, as is speciesism,” she adds.

“Children are born without prejudices, but our very first prejudice is what we call speciesism,” explains Mann. “The child learns very early on that they can play with the family cat or dog, but they are having lamb chops for dinner.” Early in life, we create a strong separation between the animals we love and the animals we eat, she says. This separation is reinforced constantly–culturally, socially, and psychologically.

According to Halamka, renting and buying ducklings during lockdown became popular on the social media platform TikTok.

“It was a suggested idea to get ducklings for COVID-time entertainment,” says Halamka. “We had three calls in the spring from young people who had gotten ducklings in the mail for entertainment,” she says. “They all lived in places that did not permit ducks legally, hence they clearly knew that they purchased a living being for a mere six to eight weeks of entertainment.”

Four Pekin ducklings were left in a cardboard box at the sanctuary just last month.

Siobhan Poole from Cedar Row Farm Sanctuary in Ontario, Canada, has been experiencing similar requests. In her case though, the requests are coming in from people who rented ducklings from Woolley Wonderland Farm’s Critter Visits program.

Why does she think duckling rentals have become so popular? “It was the boredom from the pandemic,” she says.

After getting attached to their new friends, many renters are unable to bring themselves to return the ducks. They know what fate awaits them–being slaughtered for meat or sold off for breeding or egg production–so they call Poole. Thus far, she has helped rehome 25 ducklings and is still getting requests today. She says she is now running out of quality homes though and is turning people away.

Neither sanctuary owner reports witnessing any sort of profound change of heart among those seeking sanctuary for their feathered friends. When meeting with them, says Poole, “My first thought is ‘What are you having for supper tonight?’”