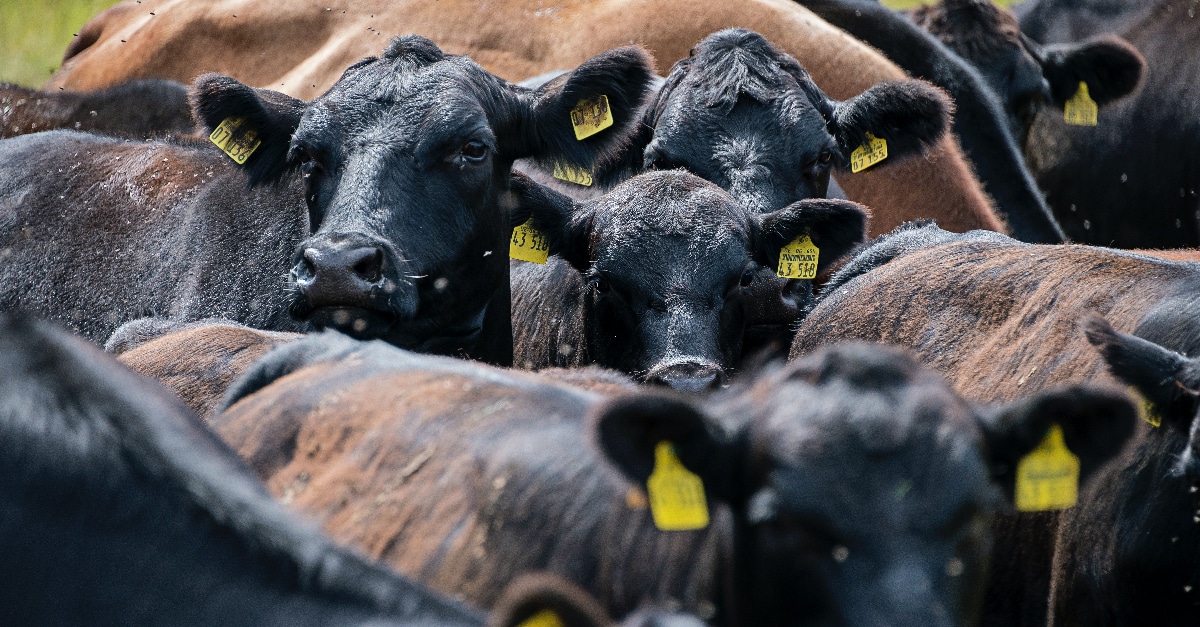 The devastating effects of climate change are impossible to ignore — sea levels rising, temperatures soaring and extreme weather events of all kinds are now commonplace. Many of the factors that contribute to climate change might be difficult for us to control, but there is one action we can take that has the potential to make a significant difference — we can reduce our meat consumption.

Why Is Eating Meat Bad for the Environment?

Meat production accounts for 57 percent of the greenhouse gas emissions of the entire food production industry. It also results in widespread deforestation and loss of biodiversity, and each of these means that it significantly contributes to climate change. This is especially true of meat production from factory farming operations.

As increasing numbers of animals are raised for meat production, vast areas of land are being cleared for the animals to live on and their food to be grown. In the Amazon rainforest for example, 80 percent of deforestation is due to the clearing of land for cattle ranching. The deforestation caused by the animal agricultural industry results in 340 million tons of carbon being released into the atmosphere each year.

Much of the land that is burned and cleared for animal agriculture was once home to a variety of different plant and animal species. When these plants are destroyed and the animals have nowhere to live, this results in a loss of biodiversity — 60 percent of biodiversity loss today can be related to meat consumption. Biodiversity loss has a severely detrimental effect on an ecosystem’s ability to regulate itself, so it both drives climate change and reduces the ability of ecosystems to cope with climate change.

The intensive nature of animal feed production means that areas of land used to produce crops for animal feed lose nutrients over time. As well as this resulting in a loss of soil fertility it means that the carbon dioxide that the land should be able to absorb is instead released into the atmosphere.

Excessive water usage may not be commonly attributed to meat production, but the animal agriculture industry uses massive amounts of water to raise and slaughter its animals.

Feed production for the animal agriculture industry is responsible for a significant amount of this water usage. Producing food for livestock requires almost 20 percent of the world’s fresh water. Many of the slaughter methods used to kill the animals also use substantial amounts of water. In a single Californian slaughterhouse, for example, 4 to 5 million gallons of water are used per day to slaughter its chickens.

Compared to meat-based products, plant-based foods have a much lower water footprint. It takes six times more water to produce 1 gram of protein from beef than to get the same amount of protein from pulses.

The impacts of such extensive water usage include a loss of biodiversity in aquatic ecosystems,  an increase in frequency and severity of droughts, deterioration in safe water security and a reduction in soil fertility.

Meat production significantly contributes to the release of greenhouse gases including carbon dioxide, methane and nitrous oxide. As large volumes of these greenhouse gases accumulate in the earth’s atmosphere, they absorb radiation and prevent heat escaping. This leads to global warming.

Raising farmed animals in such massive numbers is among the key contributors to its greenhouse gas emissions. As ruminant animals they digest their food in a process known as enteric fermentation, which releases methane and nitrous oxide. Both of these are highly potent greenhouse gases, with methane being 27 to 30 times and nitrous oxide 273 times more effective at trapping heat than carbon dioxide over a 100-year period.

The industry is also responsible for the release of greenhouse gases through feed production, transportation of animals and emissions released by the slaughter process.

As forests are destroyed, soil is degraded, water reserves are depleted and large volumes of greenhouse gases are released, animal agriculture is having a devastating effect on our already struggling climate. This means that if current climate goals are to be met, there needs to be significant change in the way meat is consumed.

Why Is Meat Bad for Climate Change?

When protein sources are compared based on their greenhouse gas emissions, beef ranks the highest. The production of just 100 grams of protein from beef is responsible for the release of 49.89 kilograms of carbon dioxide. It also produces methane and nitrous oxide, which are even more powerful in trapping heat than carbon dioxide, when measured over decades.

Should I Stop Eating Meat To Help the Planet?

Taking meat off your plate and making the switch to a plant-based diet is a great way to reduce your environmental impact and contribute to meaningful change. With a widespread shift toward plant-based diets, fewer animals would be raised and slaughtered, greenhouse gas emissions would fall, and the environmental impacts of our food system would be significantly reduced.

Despite the environmental implications of meat consumption, there are some who promote the regular inclusion of meat in our diets. Reasons for this include the nutrients provided by meat, and its place in cultures around the world.

The nutritional value of meat, and the belief that it cannot be replaced in a nutritious diet, means that it is often thought to be essential for health. Different forms of meat have different nutritional values, but are all rich in protein. Many are also rich in vitamin B12 and minerals such as zinc and iron. Yet it is important to note that these nutrients can be alternatively sourced. Vitamin B12 is not naturally present in any plant-based foods, but many vegan foods are B12-fortified and it can be easily supplemented. Good sources of zinc for plant-based diets include beans, chickpeas, tofu, lentils and nuts, and iron can be found in foods including lentils, tofu, kale, apricots and linseeds.

Meat is also considered by some to be an integral part of their culture. Until a few hundred years ago, however, meat consumption took place on a far smaller scale than it does today, and most people relied on plant-based foods for the majority of their nutrition.

The composition of some soils mean they are more conducive to producing grasses than human food crops, and not well suited to arable farming. Cattle can, however, still graze this land, meaning that the land is not being wasted and is still ultimately being utilized for food production. The scale of animal agriculture has grown beyond the use of otherwise idle land though. Currently, nearly 80 percent of agricultural land is being used for meat production. This includes land grazed by the animals themselves, and land used to grow crops for livestock feed.

Arguments against meat consumption are strong enough that the number of people who consider themselves vegetarian or vegan has significantly increased in recent years. One study found that 39 percent of American adults limit the amount of meat they eat and are interested in one day eliminating it from their diets completely.

Regularly eating meat has been associated with 25 different health issues, including cardiovascular disease, Type 2 diabetes and bowel cancer. The risk of developing many of these diseases can be lowered by substituting meat with alternative protein sources such as beans, legumes and tofu. Even switching just some of the meat products you enjoy for a plant-based option can be beneficial to your health. With the increase in availability of plant-based foods seen in recent years, it’s now easier than ever for many consumers to replace meat-based products with healthier alternatives.

Worldwide, over 88 billion land animals are slaughtered every year for food. With increasing demand for meat, animal agriculture is becoming increasingly industrialized, resulting in large numbers of animals being kept in conditions that fail to meet their most basic welfare needs. Many of these animals are slaughtered inhumanely, meaning that the final moments of their lives are spent in physical pain and emotional distress.

The ecological impact of the animal agricultural industry means that its products are far from being sustainable food sources. Meat production uses up resources and releases emissions at a rate that is disproportionate to the nutrition it provides.

The raising and slaughter of animals for their meat is causing widespread environmental impacts. These include loss of biodiversity, large volumes of greenhouse gas emissions and water pollution.

What Kind of Diet Is Best for the Environment?

To limit climate change and ensure global food security it’s vital that dietary change take place on a very large scale. Because of the environmental implications of meat production, the most environmentally friendly diet is one that involves minimal or no meat consumption. One study showed that a global shift to a diet based on plants instead of meat could reduce the greenhouse gas emissions of food production by 70 percent by the year 2050.

Meat consumption has such a significant impact on climate change that one of the best ways to reduce your environmental impact is to replace the meat in your diet with plant-based alternatives. If you’re not ready to make a complete switch yet, reducing the amount of meat you consume is a good place to start. You can also help in the fight against climate change by educating others about the links between animal agriculture and climate change.