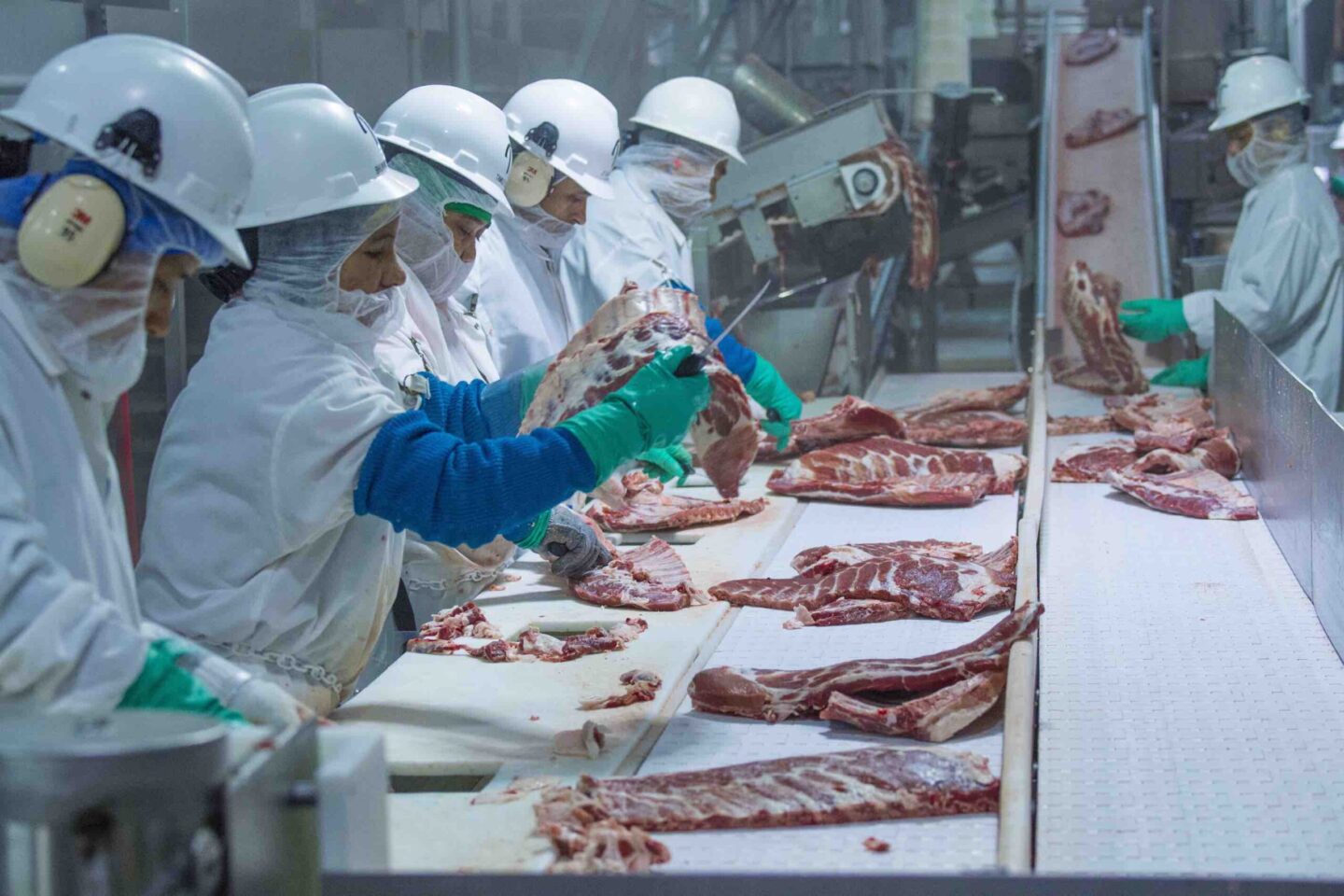 Tyson Foods Kills 2.4 Billion Animals Every Year. Can It Do Good, Too?

A letter sent to Tyson shareholders this morning is the first in a series of actions this week to pressure the company to implement essential worker safety measures needed during the COVID-19 pandemic. The week of action kicks off as the Senate goes into recess without passing legislation requiring the Occupational Safety and Health Administration (OSHA) to implement an Emergency Temporary Standard to protect meatpacking and other frontline workers.

Meatpacking workers nationwide, including those at Tyson, have been fighting for safe working conditions since March. More than 8,500 Tyson employees at 37 poultry, pork, and beef plants in seven states have been confirmed to have tested positive for COVID-19, an infection count more than double that of any other meatpacker. Tragically, more than 25 Tyson workers have died from the virus.

In response to the meat giant’s continued neglect of workers’ safety, 120+ organizations are demanding that Tyson protect workers by:

“I have been organizing workers at poultry processing plants in northwest Arkansas since 2014, and I can tell you there is more to this than a concern for your right to an uninterrupted supply of chicken tenders, bacon, and T-bone steaks,” says Magaly Licolli of Venceremos, a worker-based grassroots organization fighting for better working conditions for poultry workers. “We’re in such a crucial moment right now. For the future of the country, we must think deeply about the meaning of frontline food workers in our daily lives and stand up for their human rights and dignity—because they’ve always been essential, and if they don’t survive, we won’t survive.”

The week of action against Tyson comes on the heels of tens of thousands of letters sent by concerned citizens to the company demanding swift action to protect workers. Tomorrow, environmental, labor, food justice and animal welfare leaders will also stand in solidarity with Venceremos and frontline meatpacking workers in urging Governor Hutchinson to close plants where workers have tested positive for COVID-19. The rest of the week will include petitions, social media, emails, and phone calls calling on Tyson to immediately implement the basic health and safety measures listed above.

“These high rates of COVID-19 infection are just one symptom of the exploitation that Tyson workers have faced for too long,” said Navina Khanna, executive director of the HEAL Food Alliance. “This degree of exploitation is only possible because of the consolidation of the industry—right now, only a handful of companies control a majority of the market, and they are literally writing the rules around worker protections. They are throwing whole communities and the environment under the bus. Trump’s Executive Order has emboldened these companies, and we are here today, across sector and geography, to show this company that there are consequences for their negligence.”

“Tyson’s egregious treatment of workers during COVID-19 is only the latest example of the company showing disregard for its employees, its contract growers, local communities, the environment, consumers, and animal welfare,” said Chloë Waterman, Program Manager at Friends of the Earth. “This week of action gives impacted communities and organizations across sectors the opportunity to stand in solidarity with Tyson workers who are being forced to choose between their jobs and their lives during this pandemic.”

“Even during a pandemic, Tyson has continued to prioritize profits over worker safety, animal welfare, and public health,” said Taylor Ford, Director of Corporate Engagement at The Humane League. “For too long, Tyson has treated both workers and animals as unfeeling commodities, serving the single purpose of supporting its bottom line. The Humane League is proud to stand alongside organizations urging that the industry leader take critical steps to rebuild our broken food system and make meaningful changes for those victimized within its supply chain.”