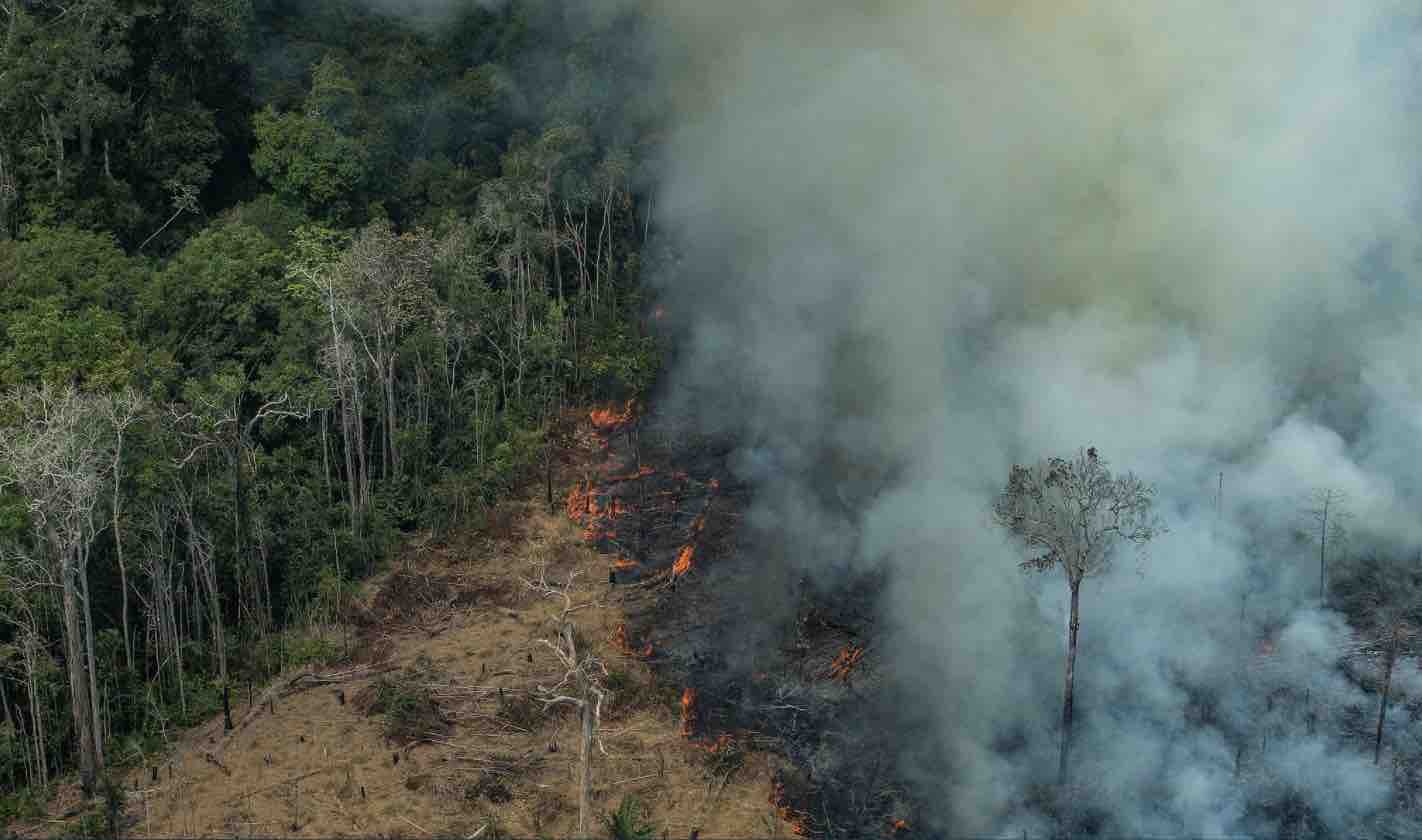 Human exploitation of the Amazon Rainforest is at an all-time high. From the threat posed to indigenous communities, the extinction of countless species, both known and unknown, and consequences stemming from environmental and climatic issues due to extreme deforestation, the repercussions of destroying the Amazon are both global and dire.

And while many people argue that the destruction of the Amazon isn’t anything new, things have changed drastically in Brazil since the election of far-right President Jair Bolsonaro, a man who has a self-appointed nickname of Captain Chainsaw and who has spoken on record numerous times about his desire to exploit the Amazon for profit, regardless of the consequences. The short-sightedness of those responsible, mainly cattle ranchers and soy growers, for such destruction shows that immediate profit far outweighs anything else.

In the new documentary, Takeout, filmmaker Michal Siewierski takes viewers into the world’s largest rainforest to discuss why the Amazon is burning and how global eating habits are responsible.

The main reason the Amazon is being deforested is because of the human consumption of meat. Ninety percent of the fires started in the Amazon are to clear space to raise cattle and 70 percent of the fires are happening right next to areas already cleared for cattle grazing by large meat companies in the region. And the cattle ranchers that have their cows graze on this land end up selling to large global corporations like JBS, the largest meat producer on earth. The beef that was raised in the wake of Amazon fires travels the world, and traces of the mighty rainforest routinely find their way into fast-food restaurants on the other side of the planet.

According to government data, 40 percent of Brazil’s entire cattle population, some 86 million animals, are illegally raised and grazing in the Amazon. That is a 20 percent increase between the years 2008 and 2018. Now, with Bolsonaro in charge, that number is going to increase even more dramatically, as his rhetoric and deliberate lack of enforcement when it comes to environmental laws, emboldens cattle ranchers that seek more land in the Amazon region.

What many people don’t realize is that the Amazon is not designed to be a pasture suitable for grazing cows. It’s also not ideal land to grow soy. The soil in the Amazon lacks the nutrients necessary to grow what’s needed to sustain these agricultural activities, making the need for the excessive use of pesticides that then find their way into the human food supply. Even worse, the pesticide runoff finds its way into local rivers that end up poisoning small indigenous communities that have nothing to do with the consumption of what’s being grown in the deforested areas. Nor do they have a say about what happens to the land that has been in their families and communities for hundreds of years. In fact, just protesting the illegal invasion of their land can result in the death of indigenous activists and protestors.

The environmental cost behind these kinds of unsustainable practices is staggering. Beyond the health problems faced by local communities consuming toxic water and international communities consuming meat that’s loaded with pesticides, government subsidies make it possible for this kind of mass production to exist in the first place. In the film, Vivian Mocellin, a Brazilian journalist and activist, mentions that for every million reais ($185,000) that Big Ag in Brazil takes in as profit, approximately 22 million reais ($4 million) of cost is absorbed by taxpayers, in part to help treat the water supply that is left poisoned by large corporations that can dump chemicals and pesticides with impunity. Even though laws and regulations are in place, there is essentially no oversight and corporations continue with this wasteful and unsustainable cycle.

Until recently, Brazil was on the right path. In the decade leading up to the election of Bolsonaro, there was a major reduction in deforestation and even large meat and soy companies started to make improvements. That all went out the window with the rise of Bolsonaro. Once elected, he made it very clear that the only thing he cared about when it comes to the Amazon is how much it can be exploited for profit. When it comes to the indigenous communities facing ethnocide and the environmental issues stemming from increased deforestation, Bolsonaro has only doubled down on the rhetoric, making ranchers feel untouchable.

Glenn Hurowitz, the CEO of Mighty Earth, sums up the situation perfectly. “The biggest threat to the environment that we have seen from the Boslonaro era so far hasn’t been any specific policy change. Instead, he’s given farmers the sense of impunity that no matter how much they deforest, how much illegal activity they engage in, no matter how many indigenous people they displace from their land, the government won’t take action.” Because of this, the Amazon is burning at a faster rate than ever before.