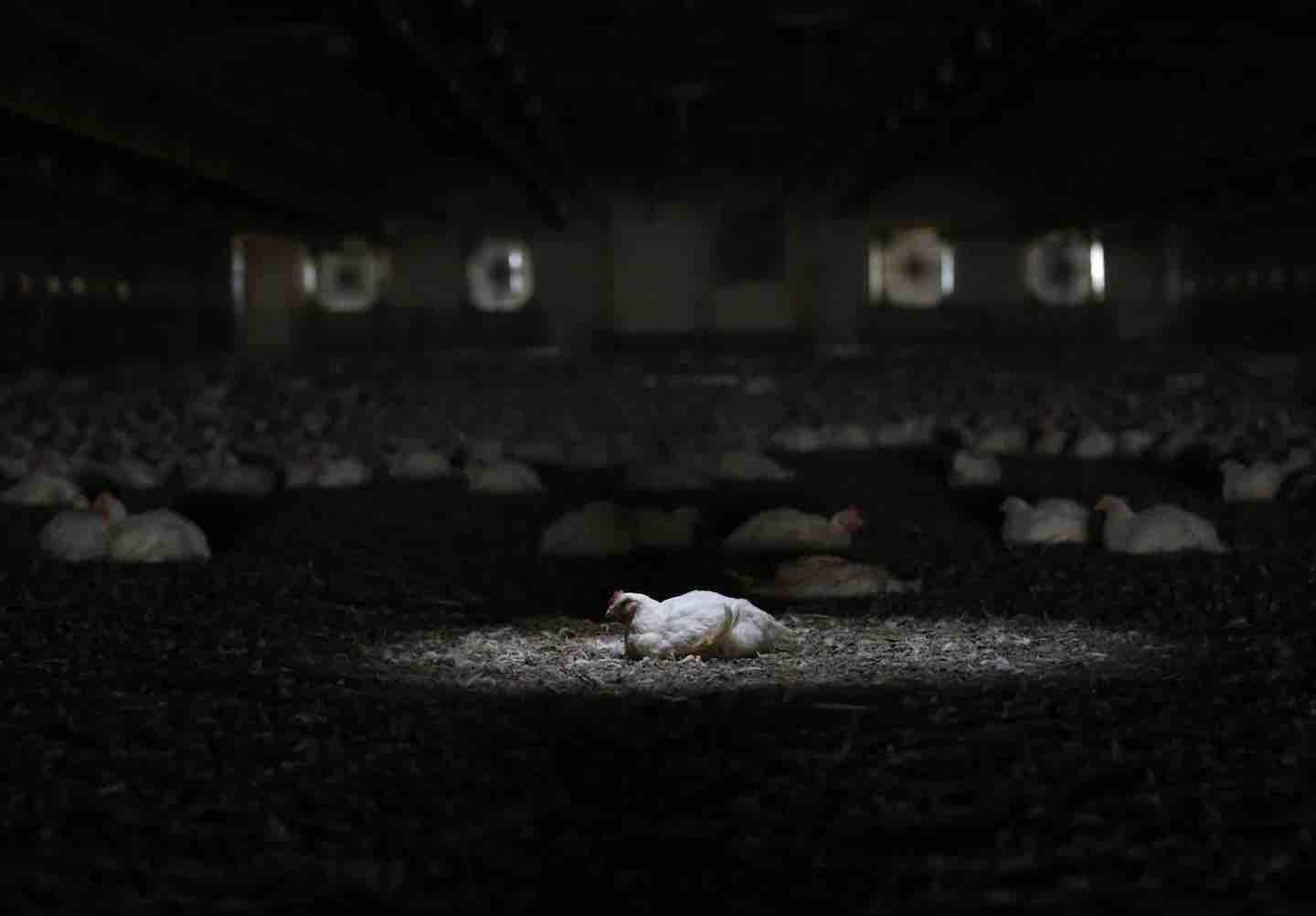 Since the onset of the coronavirus pandemic, millions of animals have been culled at farms across the United States, due in large part to slaughterhouse slowdowns and closures. Now, a coalition of animal and environmental protection groups want the federal government to stop footing the bill.

Led by the Animal Legal Defense Fund (ALDF), the coalition is urging the United States Dept. of Agriculture (USDA) not to provide COVID-19-related funding and compensation for farms that are using what they call the “cruelest methods” of killing farmed animals en mass, also known as “culling.” The emergency rulemaking petition, filed on August 25, states that the mass culls are an attempt by the industry to “protect its profit margins.”

The petition is also a call for government transparency. With the USDA funneling billions of dollars in federal aid into animal agriculture, just how much is being used to kill and dispose of animals? Most of the money, and how it’s being used, is still unaccounted for.

In May, an article in the Guardian warned that millions of animals inside U.S. factory farms would soon face depopulation by gassing, suffocation, or shooting as shutdowns loomed.

That same month, The New York Times reported that mostly large-scale farms supplying major meat companies such as Tyson began depopulating animals. The report also found that in Minnesota alone, around 90,000 pigs had been culled since plants began closing in April.

The AVMA writes, “Dr. Beth S. Thompson, Minnesota’s state veterinarian, said April 30 workers at a JBS plant in Worthington were approaching euthanasia of 3,000 hogs daily and working to increase to 13,000 daily.” ALDF expects these numbers to continue to climb, as the animal agriculture industry has a business model that “leaves no room to accommodate delays in the supply chain.”

On May 19, the USDA announced that as part of its Coronavirus Food Assistance Program (CFAP), it would provide up to $16 billion to farmers and ranchers who had been affected by the pandemic—money in part from the Coronavirus Aid, Relief, and Economic Stability Act.

According to a recent release from chairman of the Senate Agriculture Appropriations Committee, Senator John Hoeven, federal funding for agricultural programs was to be divided into $5.1 billion for cattle farmers, $2.9 billion for dairy farmers, and $1.6 billion for pig farmers.

Some farms may also be eligible for relief through the U.S. Small Business Association’s Paycheck Protection Program or Economic Industry Disaster Loan Program. Under the Families First Coronavirus Response Act, the USDA is also purchasing up to $4 billion in meat, dairy, and produce from farms and distributing the products “to those in need.”

Farms may be receiving other forms of aid through the Natural Resources Conservation Service—part of the USDA—which “offers assistance through the Environmental Quality Incentives Program to help agricultural producers properly dispose of livestock that were depopulated because of impacts from the coronavirus pandemic.” The agency writes that it “helps producers plan and cover part of the cost for disposing of livestock,” through incineration, burial, disposal at landfills, and other methods.

Several of the organizations that signed onto ALDF’s petition also signed a petition submitted to the USDA on July 1, calling for a ban of mass burial and on-site incineration of depopulated animals on factory farms due to environmental concerns. The USDA itself reported the hazards of mass disposal of culled farmed animals posed to human health, animals including wildlife, and the environment.

“A Huge Lack of Transparency”

It remains unclear where the USDA’s funding is going and how it is being used. Cristina Stella, Managing Attorney at ALDF, says that the coalition has not yet received a response from the USDA. The federal agency did not reply to Sentient Media’s requests for comment either.

St. Louis Public Radio reports that Missouri is directing $20 million of federal funding to grants that meat plants can use to expand their facilities and buy new equipment. On August 4, the Montana Department of Agriculture announced that meat processors would be provided $7.5 million in CARES funding. Most of the money will be used to increase processing capacity and cold storage.

The petition urges the USDA to establish an online database of all industry recipients of COVID-19 relief. Stella says “there is a huge lack of transparency” surrounding animal agriculture even outside of these times impacted by the COVID-19 crisis, but that “with stimulus money flowing into this industry, it’s really compounding that problem.”

According to USDA records obtained by the Environmental Working Group (EWG) through the Freedom of Information Act (FOIA), the majority of CFAP aid distributed through June 30 went not to the smallest farms, but the largest.

Last week, the USDA announced that it will send an additional $14 billion to farmers under CFAP so the program can “better meet the needs of those impacted.” The expanded payment program began on Sept. 21.

Stella says that ALDF submitted requests through FOIA as well as the Public Records Act to try to determine where the CFAP money is going, but these processes take a long time, and “the government doesn’t really track what money is being used for, even if it might track recipients and amounts, so it would be really difficult to tell what funds and how much are actually going towards depopulation and specific depopulation methods.”

How Are Animals Depopulated?

Guidelines published by the American Veterinary Medical Association (AVMA) in 2019 describe depopulation as the “rapid destruction of a population of animals in response to urgent circumstances with as much consideration given to the welfare of the animals as practicable.”

This mass killing of farmed animals is typically used in an emergency situation, such as a zoonotic disease present in the animals. But the petition points out that during this pandemic, millions of “healthy farmed animals” are being culled.

It is hard not to notice that the AVMA, whose mission includes “advancing the science and practice of veterinary medicine to improve animal and human health,” only suggests animal welfare considerations that are “practicable” for farmers. The AVMA also notes that because it is not a regulatory agency, it does not have oversight over how these guidelines are implemented. So, those in charge of the farms are left to decide which depopulation method is right for them based on what is the most cost- or time-efficient, and not necessarily what will inflict the least amount of pain on their animals.

One method used is ventilation shutdown, or VSD, in which farmers close barn ventilation systems and turn off fans, sometimes also pumping in hot steam to cull the animals. As temperatures rise, the animals die of hyperthermia.

The American Association of Swine Veterinarians (AASV) writes that VSD may be impacted by factors such as the number of animals and the insulation of the facility. Though it notes that “VSD should only be used in facilities with the capability to adequately increase air temperature and relative humidity to a level that results in at least a 95 percent death rate in less than 1 hour,” animals can sometimes stay alive far longer.

Video of a VSD at Iowa Select Farms sparked controversy. An employee whistleblower spoke with The Intercept about the facility that reportedly began using the practice in April, saying, “The first day they shut off all the fans and turned the heat up and the hottest they could get the building was 120 degrees. After four to five hours, none of the animals were dead. There was an attempt to induce steam into the building, along with the heat and the ventilation shutdown, and that is how they ultimately perfected their VSD operation. Every time they’ve been euthanizing the animals, it’s been a test in a sense.”

The AVMA’s own guidelines cite a case study in the United Kingdom in which there was a “ventilation failure event,” leaving some pigs still alive after 16 hours.

VSD is listed by the AVMA in its guidelines as a method “permitted in constrained circumstances,” although not all veterinarians agree. On June 14, following the news from Iowa Select Farms, veterinarians sent a joint letter to the AVMA slamming AVMA’s ongoing support of ventilation shutdown. The letter reads,

As experts in animal welfare and animal science, we are responsible for setting the standard for how animals should be treated during routine handling and during a national crisis such as COVID. When major corporations can accurately claim that they use methods of depopulation approved by the AVMA, we must ensure those methods are ones that the majority of veterinarians from all branches of the profession can support with a clear conscience… these pigs were not suffering, nor did they have an infectious disease that needed to be controlled. Killing them in this horrific way was unnecessary, yet the corporation could still cite the AVMA guidelines as their protocol for such a barbaric act.

Stella says that ending federal funding of “the most cruel methods” such as ventilation shutdown would be a beginning, but that corporations should really bear depopulation costs. The groups would also like the USDA to “enact enforceable standards that go beyond just what’s allowed for depopulation and to actually meet euthanasia standards, which require consideration of reducing animal suffering and go beyond the industry wanting to protect its bottom line.”

The Case for Depopulation

Mass depopulation is approved by the AVMA and is often chosen with great difficulty by farmers. In April, when two million chickens were to be killed on farms in Delaware and Maryland, Delmarva Poultry Industry stated that “approved, humane methods” accepted by AVMA would be utilized, calling the decision to cull the birds “difficult but necessary.”

“If no action were taken, the birds would outgrow the capacity of the chicken house to hold them,” said the industry group.

The CEO of Iowa Select Farms said the company “exhausted every possible option” before shutting ventilation to cull pigs, ruling out the possibilities of making more room in its barn and donating pork to food banks. The Des Moines Register also reports, “Chris Rademacher, a pig veterinarian from Iowa State University Extension swine veterinarian, said shutting down ventilation is likely the best approach to euthanizing a large number of pigs. It’s safer for farmers than shooting, electrocution, or using other preferred methods, which are more appropriate options when euthanizing a small number of animals, he said.”

“The problem is emblematic of the CAFO [Concentrated Animal Feeding Operation] industry as a whole,” says Stella. “This is an industry that really tries to move animals as quickly as possible through the supply chain, without regard for their health or welfare.”

ALDF has put out a call for whistleblowers, offering ReportAnimalAg.com as a way to confidentially report animal abuse, worker safety violations, and other concerns during the pandemic.