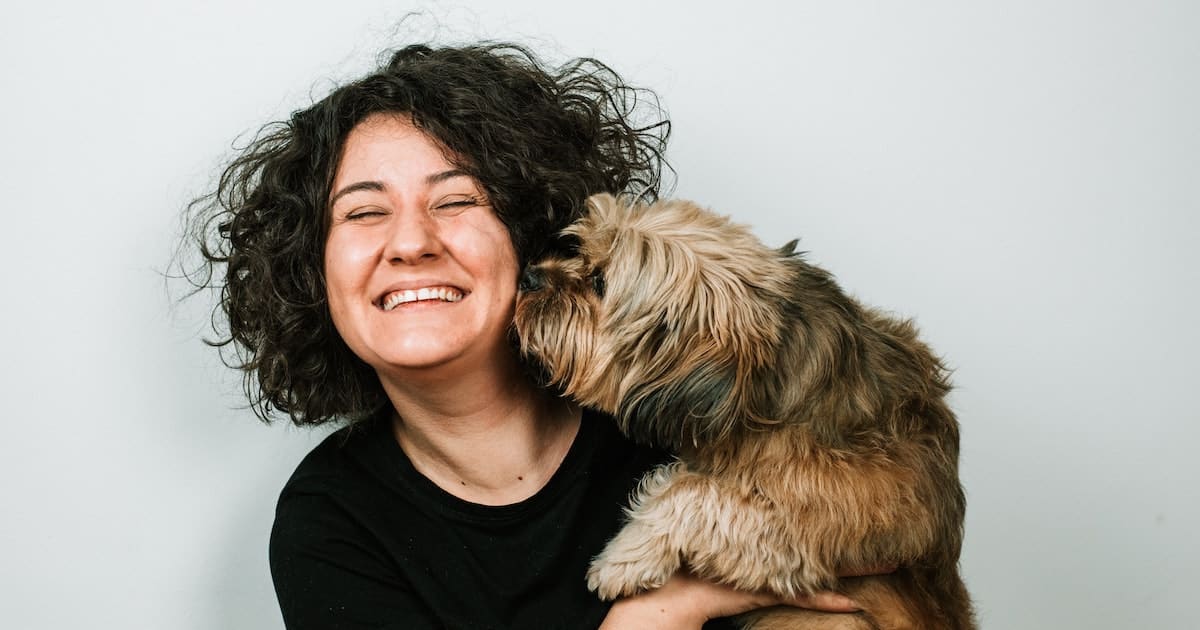 We live in a historical period when animals are leaving our workforce, our entertainment venues, and our plates too, and spending more time in our homes and hearts. But we must grapple with the reality of the suffering that they have long endured, including as pets.

In the late 19th century dogs were routinely drowned as a way of dealing with pet overpopulation and preventing bites that could spread rabies. In the mid 20th century, pets were routinely kidnapped and used for testing or scientific experiments, often without pain medication. While today dogs, cats, and other “pet” animals do enjoy greater protection than they once did, many are still abused, and billions of animals still experience unimaginable suffering on factory farms around the world.

What Is Animal Abuse?

Animal abuse typically refers to either intentional action that causes harm to an animal or a lack of action that results in harm to an animal. Some examples of abusive intentional actions are dogfighting and animal torture. An example of neglectful animal abuse is failing to provide water or shelter to a dog being kept outside. It is important to recognize that the meaning of animal abuse as currently defined by law is not consistent. What might be considered animal abuse in one situation is not in another. For example, regularly expecting dogs or cats to go for 28 hours without access to food or water would likely be considered neglectful, but farmed animals such as cattle or sheep can be transported for up to 28 hours without being provided food or water. The incongruity of what constitutes animal abuse is largely due to differing legal definitions of key terms such as “animal,” “abuse,” and “neglect.” Many laws deliberately exclude the most commonly farmed species of animals. Different sources also differ on what specific actions are considered abusive.

What Are the Types of Animal Abuse?

There are two primary types of improper confinement. The first is shutting an animal in a hot vehicle. In recent years there has been an increase in awareness surrounding this issue accompanied by an increase in legislation addressing it. Presently, 31 states have laws either prohibiting the confinement of animals in vehicles under dangerous conditions (such as heat) or protecting those that break into vehicles to rescue an animal confined inside that they suspect is under duress. The other type of improper confinement considered animal abuse is failing to provide food, water, shelter, and exercise for an animal experiencing extended confinement.

Animal fighting is a cruel practice that typically involves two or more animals being pitted against each other for entertainment. Often the fights will elicit gambling from onlookers. There are a number of different types of fighting, though dogfighting and cockfighting—which involves roosters, are two of the most prevalent. Typically, a dogfight or cockfight will continue until one competitor dies or is unable to fight.

The third type of animal fighting involves a human and one or more animals. A very popular example of this is bullfighting which involves a human bullfighter attempting to subdue, immobilize, or kill a bull—typically by using swords or other weapons.

Animal fighting is illegal in most countries though laws vary based on type.

Animal experimentation consists of using animals to test the viability and safety of drugs and cosmetics. Though there has been an increase in laws regulating or banning the use of animal experimentation for cosmetic purposes, it is still standard practice for medical trials.

Factory farming causes suffering to billions of animals every year. In order to increase the economic viability of meat production animals are packed into filthy cramped spaces, bred for unsustainable and painful growth, and repeatedly impregnated with little or no break from the cycle of pregnancy.

Neglect is a broad term and generally speaking refers to not providing adequate care to an animal, resulting in harm to them. This can include not providing water, having too many animals to care for each adequately, not providing necessary medical care, or leaving an animal outdoors in freezing temperatures.

Beating is a form of intentional animal abuse that can result in legal ramifications in many countries around the world, including in all 50 U.S. states. A study published in the Journal of Veterinary Behavior showed that using positive reinforcement methods, such as giving treats or attention, instead of negative ones, such as beating, generally results in greater welfare for the animal as well as a higher level of attentiveness toward the handler.

Which Species Are the Most Common Victims of Animal Abuse?

When you think about the actual actions taken against animals that cause them harm, the most commonly abused animals are those that are most commonly farmed. This is because the standard practices on factory farms such as tail docking in piglets and beak clipping in chickens would be considered cruel if performed on a pet without direct veterinary oversight. Aside from animals being farmed, other species that face high levels of abuse are dogs, cats, horses, and birds.

According to information from animal welfare groups and local government, in 2018 in Spain there were 138,407 cases of dog and cat abandonment. Yet there were also only 661 cases of dog and cat mistreatment and abandonment detected as such, and only 459 cases resulted in investigation or detainment. This means that less than 1 percent of suspected dog cruelty cases resulted in detainment.

Cats have a long and painful history of being abused, due in part to their common association with witchcraft and evil. Ambivalence toward cats and their suffering has continued much longer than for their canine peers and has spurred their abuse in higher numbers for most types of intentional abuse.

In addition to their role as companion animals, horses are also frequently used to provide services to their handlers. This means that in addition to being susceptible to traditional forms of neglect and intentional abuse, they can also fall victim to use abuse. Examples include overriding—riding a horse too far or fast for too long, transporting without adequate food or water or breaks, and soring. The last involves causing pain to a horse’s limbs to make them walk in a certain manner and is most common in horses that compete.

Pet birds tend to be most heavily impacted by neglect due to the ease with which they can be obtained and a lack of general knowledge about their needs and proper care. Bird abuse and neglect are also fueled by their exemption from many laws protecting animal welfare. This means that even when they are being kept in neglectful and abusive circumstances it is often not considered a crime.

How to Recognize Animal Cruelty

Recognizing animal cruelty can be difficult. If you suspect abuse or neglect is taking place, consider providing resources or speaking with the guardians of the animal if the situation seems safe. Oftentimes guardians are lacking knowledge on proper animal care or the resources to access the care that the animal needs.

Some key physical signs of cruelty to pay attention to include:

Other clues can be gained from an animal’s environment. Check for:

Where Is Animal Abuse Most Common?

Factory farms are where the most animal abuse takes place. The suffering that takes place includes confinement in small spaces, a lack of natural light, castration without anesthesia, suffocation, force-feeding, and a seemingly never-ending list of other tortures.

Why Do People Abuse Animals?

People abuse animals for a number of reasons. Sometimes, as is the case with animal fighting, it is for entertainment. Many hoarders will claim that they are rescuing animals and attempting to help them. Some animals are abused or neglected out of a lack of awareness of proper animal care or a lack of resources to provide for the animals’ needs. Many animals are abused for food production purposes. Every animal abuse and neglect situation is different and should be treated as such.

Perhaps one of the most jarring reasons that people abuse animals is to manipulate the people that love them. By displaying violence toward the animals in a home, abusers are able to maintain control over their victims via both their fear for themselves as well as for the animal’s safety. This correlation has come to be known as “the link.”

The effects of animal cruelty can be both mental and physical. For the animal, abuse and neglect can cause aggression, fear, broken bones, and pain. Animal abuse can also cause mental anguish for those who witness it and can be used to control victims of domestic violence thus exposing them to further physical violence.

Every year there are a number of new animal abuse and neglect cases that are ruled upon in courts across the country. The library of cases available from Michigan State University’s Animal Law Center provides a vast array of summaries of cases. Situations range from stabbings to neglect of stolen animals from all across the United States.

South Dakota became the final state to include a felony provision in their animal cruelty law in 2014. This means that in all 50 states there are circumstances that could cause an animal abuser to be tried with a felony instead of a misdemeanor—resulting in greater penalties.

In 2016, the federal government began tracking animal abuse as its own offense instead of being lumped in with “other” crimes in their nationwide crime reporting system. However, only about one-third of the country’s population is in a community that uses the system to report crimes. Though the data s not complete, initial results have suggested that there is one case of animal cruelty for every 33,000 people.

How to Report Animal Abuse

If you suspect animal abuse or neglect is taking place in your community, you can reach out to your local shelter or animal control agency. The professionals working at these facilities should then be able to refer you to the appropriate authority or to any other resources that may be able to help in the situation. They can also provide additional guidance on how to proceed.

Animal abuse is a sad reality across the globe. Every species of animal has been impacted by abusers. Thankfully, together we can help alleviate the suffering of animals at the hands of humans. Contributing to organizations such as Beyond Fences can help reduce the number of animals chained in yards or wandering the streets. Pets for Life helps provide veterinary care and spay and neuter surgeries for pets living in poverty. Donating your time or other resources to your local animal shelter can help provide the best possible care to animals in transitional housing between homes. Another option, if available in your community, is to foster the pet of someone fleeing a domestic violence situation so that they are able to leave without fearing for their pet’s safety. Every animal should know a life free of pain and suffering. Together we can make that dream a reality.

Animal Cruelty: What You Can Do Right Now to Prevent It