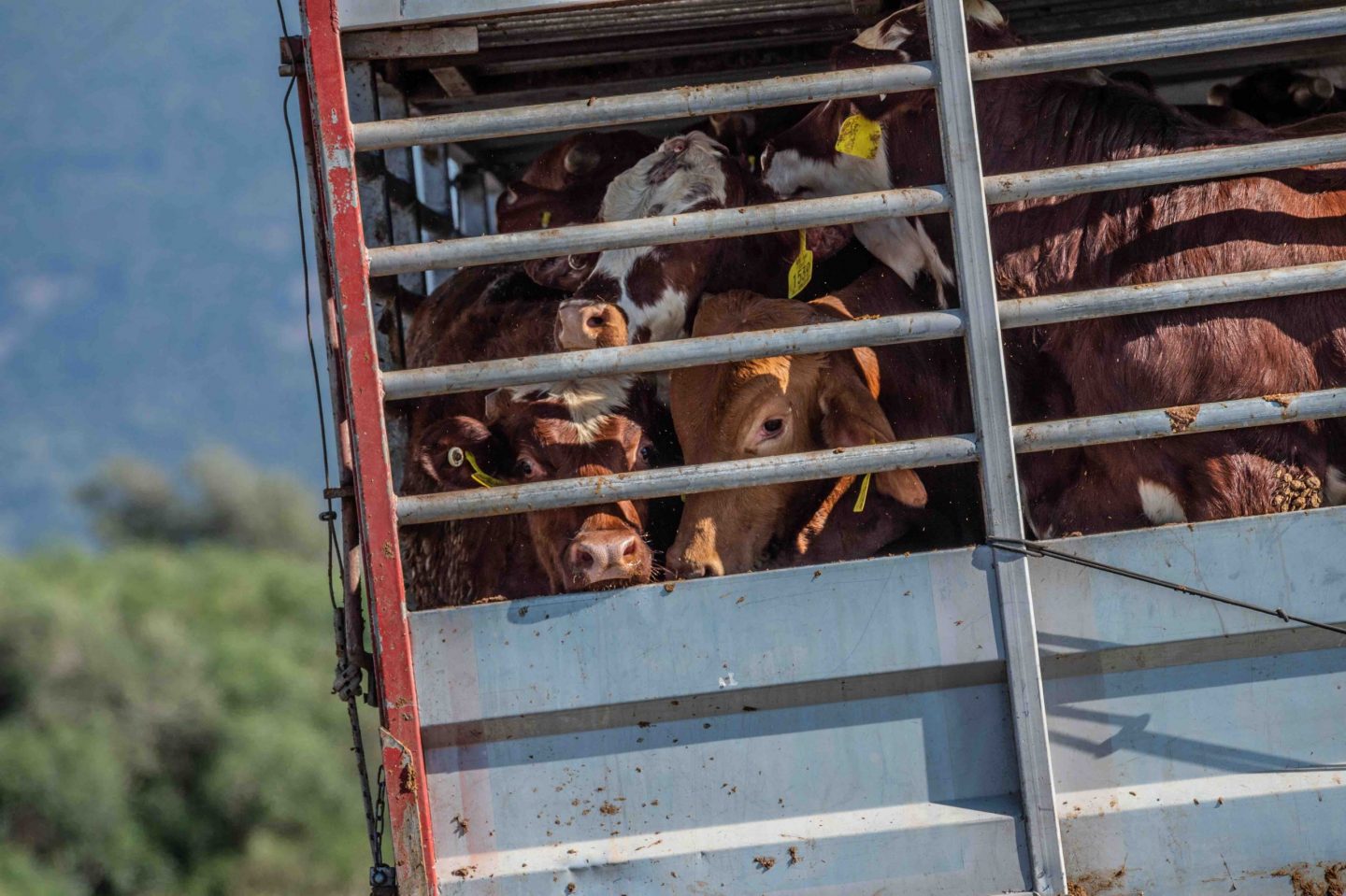 UK animal welfare campaigners who saw a vote for Brexit as an opportunity to end live farmed animal exports are perplexed by recent government efforts to defend the trade.

Told for years that European Union laws prevented a British ban on live exports, campaigners reasoned a pro-Brexit vote to leave the EU was the solution. That belief was backed by promises from Prime Minister, Boris Johnson. In June, Johnson reiterated his promise to ban live exports as soon as Britain officially leaves the EU on December 31st this year.

But an upcoming court case is spreading doubt about those promises. The case, taken by British welfare group Compassion in World Farming (CIWF), seeks to end the export of unweaned calves from Scotland. A win, said CIWF lawyer Peter Stevenson, could have repercussions throughout the EU.

The problem for campaigners is that both the British and Scottish governments have taken recent steps to oppose CIWF’s case—due to be heard again in October—effectively protecting live exports.

On the British side, Stevenson said, opposition to CIWF’s case comes in an official document, submitted to the Scottish court by the Department for Environment, Food and Rural Affairs (DEFRA). In Scotland, the government has appointed a barrister to fight the case.

Campaigners abhor live export for many reasons but top of the list is the experience of farmed animals in transport. Calves and sheep exported from the British port of Ramsgate spend many hours in ‘roll on, roll off’ trucks taking them from collection points to the port, onto ferries, and then to different parts of Europe.

For calves, the misery is compounded by a lack of liquid milk replacer. Other concerns include the rate at which the trucks fill with feces and urine, poor access to water, extreme heat in summer, cold in winter, cramped conditions, and the risk of injury or trampling.

Asked about the apparent contradiction of promising an end to live export, while fighting CIWF in court, DEFRA refused to comment on an ongoing legal case. In an email, however, a DEFRA spokesperson said the British government “has committed to improving the welfare of animals during transport and ending excessively long journeys for slaughter and fattening.”

A Scottish government spokesperson replied in a similar vein, saying it “would not be appropriate to comment while legal proceedings are ongoing.” The email added that “our preferred policy intention is not to support unnecessary long journeys involved in the export of livestock.”

Asked if she remained optimistic about ending live exports, despite the opposition to CIWF’s case, Platt said yes. “We never give up hope. There is great political will to end this. Boris Johnson wants to end it. And his partner Carrie Symonds and his father Stanley Johnson.”

She added that CAWF is equally hopeful that Brexit will lead to further animal welfare initiatives, notably bans on imports of fur and foie gras.

Other protesters variously described government opposition to CIWF’s case as frustrating, strange, illogical, or hypocritical. One, who asked to remain anonymous due to fears of retaliation by farmers or live export companies, wondered whether politicians had gone soft. “I understood that with the Brexit vote, the ban on live exports might not be immediate. But now they are defending [the CIWF case] in court. We think they are trying to wriggle out of it, or they lied,” the protester said.

The protester is one of many regulars at the Ramsgate demonstrations, which can draw crowds of up to 100 people. The demonstrations are organized by KAALE – Kent Action Against Live Exports. KAALE’s secretary is Yvonne Birchall. She too voted Brexit in the hopes of ending live exports.

Speaking the morning after a July 9th Ramsgate protest, Birchall said that despite government opposition to the CIWF court case, she believes a ban will happen. “Boris won our votes on the promise of banning live export. If he breaks that he won’t get re-elected by us,” she said.

There are other reasons for optimism, added Birchall. One of those is an amendment to the Agriculture Bill that could ban live exports for slaughter and fattening tabled by Baroness Fookes, Conservative Party member and Life Peer in the House of Lords. “We think there will be cross-party support for that.”

Birchall said the previous night’s protest had been tough. “[The police commander] was very aggressive. The lorries [carrying animals to the port] came round the roundabout [where the protesters stand] at high speed – too quick for the conditions and the number of people. Our video team started to film, as we always do, and then the police were trying to stop us. That does not normally happen. I was shocked.”

Birchall added more details in a Facebook post and told Sentient Media she had a “sneaking suspicion” the police were trying to prevent filming “because we have been finding so many things wrong.”

Responding to Birchall’s criticisms, Kent chief inspector Alan Rogers said while police understand the “depth of feeling” protesters might have, they are “impartial and officers have a duty of care to keep everyone safe.” Rogers added that officers are specially trained “to respond proportionately to peaceful protest, prevent crime and disorder, and allow businesses to go about their lawful trade.”

The lawfulness of trade is, however, exactly the issue protesters want to see examined in court, using the evidence—provided to CIWF for their case—collected over many years by what Birchall calls KAALE’s “machine of people” that bear witness at the port.