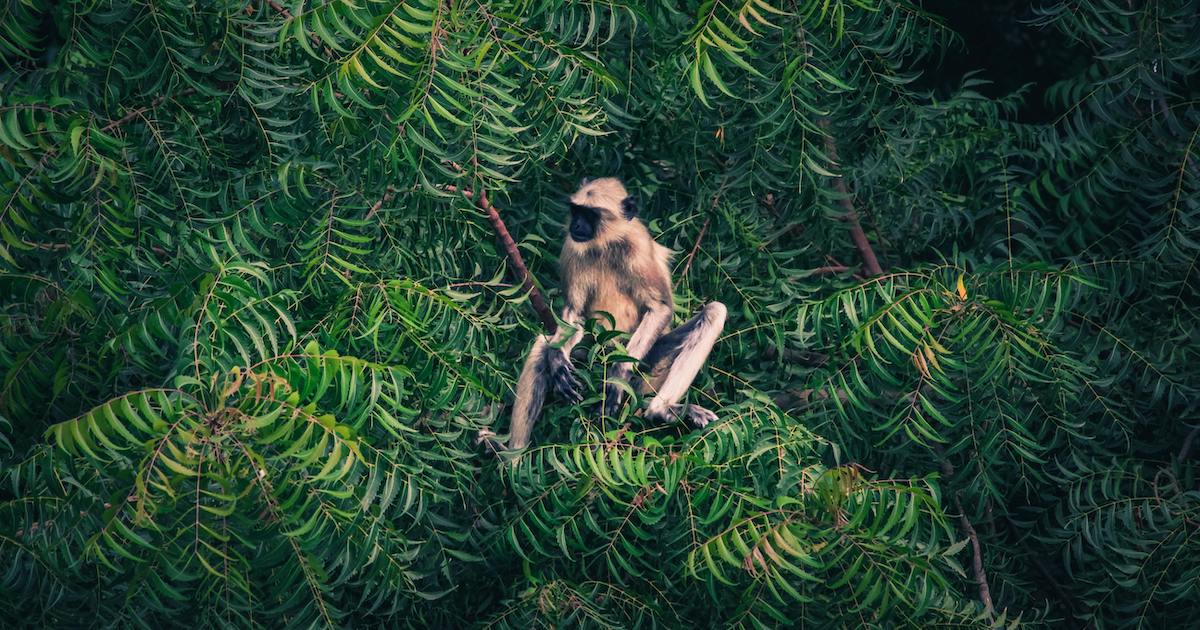 As temperatures soared in New South Wales, Australia, in the summer of 2018, flying foxes began dropping from the trees, dead. Around 23,000 of the bats—a third of the population—succumbed to an ongoing heatwave. The following year, the same thing happened again.

Climate change is already impacting every species on the planet. There is as much at stake for nonhuman beings in what steps are taken to cut greenhouse gas emissions as there is for humans. Yet animals have no say in how and when climate action happens. A number of thinkers have begun to envision ways of including nonhumans in political decision-making, arguing that excluding animals and nature from these processes has created our current environmental crises and that the antidote is to give them a political voice.

It’s “criminal,” says Sue Donaldson, research associate at Queen’s University, “that the human response to the climate crisis—in which animal abuse is a leading cause, and in which animals will constitute the overwhelming majority of victims—pays no heed to animals in their own right, but only in passing reference as generators of methane, or providers of ecosystem services.”

Along with philosopher Will Kymlicka, Donaldson wrote Zoopolis: A Political Theory of Animal Rights a decade ago, delineating the types of societal membership different animals should have—citizenship for domestic animals, sovereignty for wild ones, and denizenship for the ‘liminal’ animals like pigeons and squirrels that live as part of human society but are not domesticated—and what rights and obligations these tiers entail between them and humans. The book sparked the ‘political turn’ in animal ethics; ever since, the question of whether or not, and to what extent, animals should be able to participate in politics has generated significant debate among philosophers and political theorists.

Political representation of animal interests has in fact been on the rise since Zoopolis was published. Globally, there are now a number of political parties advocating on behalf of animals, particularly in Europe. The most successful is the Netherlands’ Partij voor de Dieren (Party for the Animals), which holds seats at various levels of Dutch government and one in the European Parliament. These parties lobby for better legislation to protect animal welfare and for some limited rights, such as for battery cages to be phased out of animal agriculture and for animals not to be farmed for their fur.

But the recent theories of how animals can participate in politics go quite a lot further than advocacy for incremental welfare reforms, seeking instead to bring nonhuman perspectives more directly and centrally into politics. In the view of some scholars, the urgency of the climate and nature crises in fact demand this radical reimagining of democracy, given that the cessation of the relentless exploitation of animals and their habitats and protecting and restoring nonhuman life are key to effective climate action. The time may have come to stop simply making decisions for animals and listen to them instead. We may even learn something; as Donaldson says, “animals have a great deal to teach us about living in good relationships with each other and the land.”

Listening to their voices

The basis for excluding animals from the political realm tends to rest on the idea that animals don’t have the right capacities to engage in democratic practices—they can’t reason or speak in the way humans can. But disability and childrens’ rights theories starkly reveal the flaws in this thinking. Children and people with cognitive disabilities have the right to political representation even if they cannot participate in democracy in the sense of formulating and expressing reasons and voting at the ballot box. As Donaldson points out in her recent paper “Animal Agora,” the limitation here is with the conception of democratic participation that privileges “a much narrower set of ‘normal adults’ with ‘normal’ cognition who speak through ‘normal’ modes of communication.”

And the evidence is mounting that animals do actually speak, deliberate, and reason. In her 2019 book When Animals Speak: Toward an Interspecies Democracy, philosopher Eva Meijer draws on a number of scientific studies showing that animals communicate with members of their own and other species and that they even act politically, for example, in collective decision-making. On this basis, Meijer makes the case for “interspecies deliberation” that would require humans to learn to understand what animals are saying.

Scholars are developing a number of ideas for how to hear and represent animal voices in politics. In “Animal Agora,” Donaldson argues that humans can “enable” animal participation in democracy and engage in deliberation with them by “creating and modifying different kinds of environments and opportunities in response to animals’ interests…” The paper focuses on domesticated animals in local private and public contexts, but these are the places where bigger decisions, such as those relating to the climate crisis, should be anchored. “We should decide as many things as possible in local contexts where animals can participate,” she says, “and be creative about how to feed input from this level up and down the chain of different levels of government.”

We get an idea of what this could mean in practice from her imaginary example of an animal agora, or “renewed public commons,” which are “co-created” with animals and so provide for animals’ needs as much as humans’. In a real-world example of what such a space could look like, a town council installed a sprinkler system in a park in Singleton, NSW, which is used to cool down flying foxes nesting in the trees during heatwaves in the Australian state. Though the flying foxes are not domesticated animals and may count as liminal or wild ones on Donaldson and Kymlicka’s account, the installation of the sprinkler system for the benefit of the bats shows humans responding to the interests of animals with which they share a public space as the climate warms.

A new governing body for the planet?

Climate action goes far beyond local or national contexts and will have consequences for wild animals with whom we do not have the same opportunities for engagement as we do with domesticated or liminal animals. How could we bring them into decision-making processes generally and those regarding the climate crisis? “We should view our relationships with wild animals in terms of ‘nation to nation’ politics,” says Donaldson, pointing to the way Indigenous communities in North America have “long viewed wild animal communities as ‘treaty peoples’ with whom humans can engage in diplomatic relationships which respect their sovereignty and self-determination while recognizing that we all participate together in reciprocal relationships with the land and each other.” But she points out that achieving animal sovereignty remains a long way off. “Over time, as we learn how to engage in such political communication, we can imagine this feeding into big international discussions such as [UN Climate Summit] COP26. But we do not yet have systems of political communication in place, or even the skills and knowledge needed to design such a system.”

But some scholars are starting to come up with ways to give not just animals, but whole ecosystems a voice in international decision-making processes on the climate and environment. In a recent book chapter, political theorists Stefanie Fishel, at the University of the Sunshine Coast in Australia, and Anthony Burke, at the University of New South Wales, propose two innovative structures for global environmental governance: a United Nations “Earth System Council,” similar to the Security Council, with most members drawn from a “Global Ecoregion Assembly,” made up of 15 regional assemblies covering the Earth’s major biomes.

“Our institutions are profoundly anthropocentric,” says Fishel, noting that even the ones ostensibly meant to address environmental issues, like those participating in the UN Climate Summit COP26, are “failing us. They’re not meeting the targets. They’re not being realistic and truthful about what’s happening. So we can’t keep muddling through with these institutions.”

Like Donaldson and Meijer, Fishel and Burke believe humans have not been listening properly to what other species and indeed whole Earth systems have been telling us about the dire state they are in. “The demand that the non-human must either speak our political language or remain mute was always cast in the wrong direction,” they write, “it is we who must learn the Earth’s language and reimagine the polity in its idioms.” They acknowledge that “some form of proxy representation” for the Earth’s systems is required and suggest that communities deeply “entangled” with a place, such as those indigenous to the ecoregions, would be key members of regional assemblies.

These ideas are not just being debated in the pages of academic journals. Influential climate activists like Greta Thunberg and George Monbiot have been calling out the inadequacies of our politics to deal with the climate crisis for some time already. Fishel and Burke’s Earth System Council and Donaldson’s animal agora are compelling visions for how to adapt politics to the mammoth task at hand. As Fishel says, “Let’s get better at having a democracy that can add in the richness of our planet in such a way that we can be more responsive to it.”

Animals Have Some Legal Protections. Here’s Where They Fall Short.