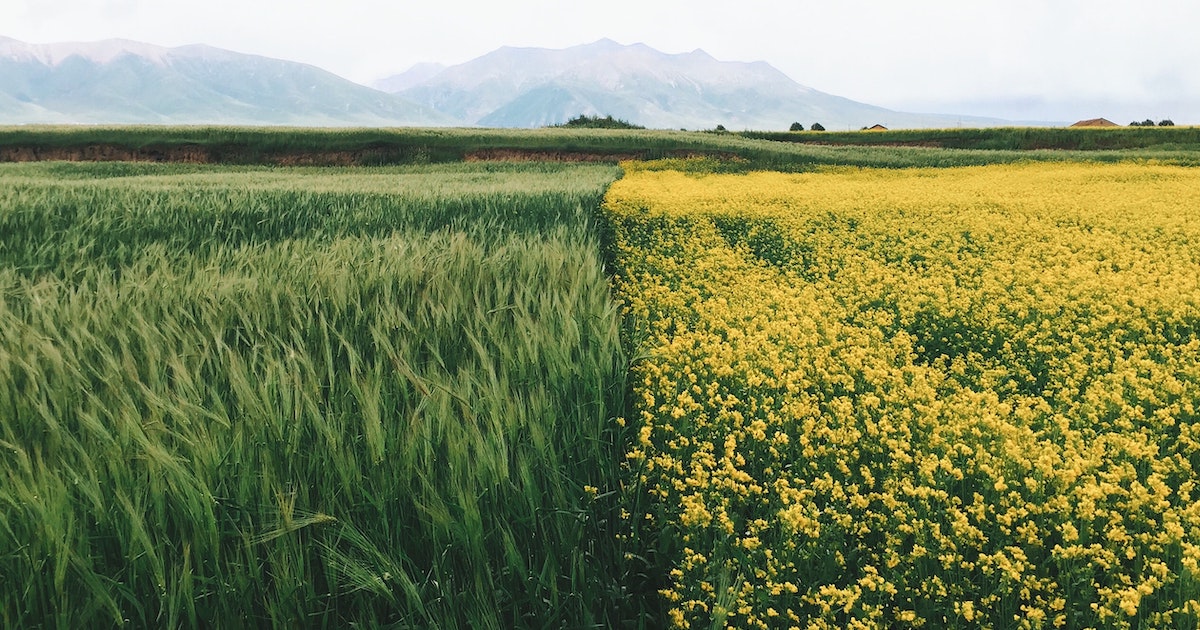 Biochar technology offers many significant benefits to proponents of regenerative or sustainable agriculture. Inspired by ancient Amazonian soils called terra preta, biochar has been presented by its most enthusiastic advocates as a panacea for global warming. This is perhaps an overstatement of its capabilities, yet it has considerable potential and could be a valuable tool in the fight against climate change.

Biochar is organic matter which has been heated at incredibly high temperatures in a very low oxygen environment. This engenders a process called pyrolysis, or decomposition, which turns the organic material into a black, crumbly substance similar to charcoal. Human beings have been using pyrolysis to treat organic material since the days of Ancient Egypt.

One of the other characteristics of biochar is that it has a very high and stable carbon content, and optimal levels of micro and macro elements like zinc, copper, potassium, and magnesium. It is also highly porous, filled with condensed, sturdy aromatic structures.

What Is Biochar Made From?

Biochar is made from organic matter and can consist of a variety of different things. They tend to be made from bio-wastes of the forestry, food, and agriculture industries. Popular sources of biochar include pellets, tree cuttings, wood chips, distiller grains, press cakes from the oil and juice industry, bagasse, rice husks, and crop residues. Biochar can also be made from animal agriculture waste like poultry litter, bones, and dairy manure.

Is Biochar Good for Soil?

There is good evidence that mixing biochar with soil is good for soil health across numerous dimensions. These include limiting nitrate leaching and nitrous oxide emission, which are persistent pollution problems caused by animal farming. Biochar may also improve soil’s physical and chemical properties. It also enhances nitrogen fixation, limiting the presence of pathogens, and creating habitats for healthy microorganisms. However, the extent to which biochar truly improves soils, which types of soil it improves, and to what effect is still being researched and remains relatively unclear.

What Is the Difference Between Charcoal and Biochar?

There are differences between biochar and charcoal. The first difference is just a difference in application. Charcoal usually refers to carbonized biomass used for cooking, whereas biochar is applied to soil and used in agriculture or gardening. The second difference is that biochar can be made from a wide variety of different substances, from wood to grains, bones, chaff, or manure. Charcoal is more commonly made from wood.

What Are the Benefits of Biochar?

Adding biochar to soil can improve soil structure. Soil structure is measured across a few matrices including, aggregation, water retention, and porosity. Biochar can help improve soil health in all three of these areas, as discussed below.

By facilitating the presence of micro-organisms, biochar improves soil aggregation. Soil aggregates are clusters of soil particles vital to the root health of plants. Applied biochar can bond with various minerals contained within the soil, and these bridges of nutrients are beneficial to soil health. Biochar also improves the water retention of soil, which can help prevent runoff, and increase available resources for crops. However, these promising results all bear the caveat that research is still limited, and the effect of biochar varies dramatically between soil types.

Biochar can be effective at reducing soil acidity, although this does vary as some biochars are more alkaline than others. For example, researchers found that whilst biochar made from rice husks had little effect on reducing soil acidity, another biochar made from cacao shells was effective, and thus increased crop yields. The same study showed that over a period of time the biochar’s effectiveness diminished, which poses questions about the long-term efficacy of such a treatment.

However, one study did find rice husk biochar to be effective at reducing acidity in soils with toxic levels of aluminum, as well as finding wood biochar to have consistently positive effects.

Nitrous oxide is a poisonous gas and a contributor to global warming which leaks from animal manure, which is often spread on fields as fertilizer. Studies have revealed that a variety of different biochars, made from both poultry manure and wood, can reduce nitrous oxide emissions from different types of soil. This is due to the increased sorption capacity of biochars through oxidative reactions in the soil.

Cornell University also discovered that no matter the soil or the origin of the biochar, biochar reduced nitrous oxide emissions by an average of 55 percent.

The porous structure of biochar provides many small habitats for microorganisms to flourish in, and these microbes improve soil health and ecology.

Research supports the effectiveness of biochar at retaining nitrates in soils and preventing them from leaching, where they can often poison water sources and pollute the wider environment. The reduced nitrogen leaching was attributed to several of biochar’s characteristics including the fact that it improved soil’s water retention, limiting the run-off of nutrients. Biochar also fosters greater microbial diversity in the soil, which was found to further reduce nitrogen leaching.

How conductive biochar highly depends on the extent of its decomposition. Biochars produced at higher temperatures tend to be more conducive, as to biochars made from wood rather than manure. Biochar conductivity can help soils reduce or mitigate various contaminates and contribute towards general health.

The source of the conductivity in biochar is salt crystals, which can be a problem. Some plants are very salt-sensitive, and applying biochar to their soil could stunt or damage their growth.

There is evidence that biochar provides some homes for healthy microorganisms, yet the evidence that it improves general microbial health, especially over a short period of time, is contested. One study found that biochar did not benefit microorganisms in soil for the first three years it was present. Other studies have been more optimistic, suggesting that biochar stimulates soil ecosystems which aid carbon sequestration. The microbial role in nitrate sequestration is discussed above.

However, it would appear that although biochar largely does improve the microbial health of a given soil this will vary given on the type of biochar and soil and that its effect is not as important as land management practices. For example, adding heaps of biochar to a field will not improve microorganism quantities in the soil if the field is otherwise subject to intensive tilling and pesticide treatment.

How to Use Biochar to Improve Soil Quality

How Much Biochar Do I Add to Soil?

The standard amount of biochar is about 5 or 10 percent biochar and 90 or 95 percent soil, although these amounts depend on a few variables. Firstly, if you are growing certain plants that enjoy acid conditions, like rhododendrons, then applying biochar may not be a good idea at all. Mixing biochar with another substance can produce far greater environmental outcomes than utilizing the biochar alone. Biochar is often blended with compost before application.

In one study, adding potassium to biochar resulted in it sequestering 45 percent more carbon dioxide. Biochars will have the most dramatic effect on low-quality or sandy soils. If you already have healthy, nutrient-rich soil adding more and more biochar will not significantly improve its productivity.

How Long Does Biochar Last In Soil?

Biochar lasts in soil for an exceptionally long time, between 1,000 and 10,000 years. It suffices to say that you should evaluate carefully whether or not biochar will work for your soil and the crops you plan to grow, as it will be exceedingly hard to remove from the soil if you change your mind.

Where to Buy Biochar

Local garden centers and agriculture stores will sell small amounts of biochar for home or garden use. For industrial amounts, you can contact biochar suppliers, who will sell it by the tonne.

How to Make Biochar

Conservation burning of woody material is an environmentally friendly way of creating biochar. Burning wood debris is an ancient conservation technique, widely utilized by Australian aborigines in the form of fire-stick farming. By using the debris at the end of these burns as biochar, people can recycle the debris and make efficient use of their resources.

Flame cap kilns are a much more effective way of creating biochar, and a sure way to create high temperatures and a high rate of decomposition. This is because it is a contained environment, which can more easily reach the low levels of oxidation required for high carbon biochar, and it also creates fewer smoke emissions than a conservation burn.

Biochar is an intriguing, innovative substance that holds much potential as a tool for eco-friendly and regenerative agriculture. However, it certainly has its limitations; as transformative and applicable as biochar may be, it will have little effect on the overall sustainability of our food system if agricultural practices otherwise remain the same.

Biochar may well be a vital instrument for change, but only as a component of a wider paradigm shift that incorporates the interests of animals, ecosystems, and the world at large.

The Promises and Pitfalls of Regenerative Agriculture