Octopuses look extraterrestrial but are not alien in any way, shape, or form. We need to be mindful that referring to octopuses as “alien” may be facilitating their exploitation.

Octopuses look extraterrestrial but are not alien in any way, shape, or form. We need to be mindful that referring to octopuses as “alien” may be facilitating their exploitation.

In a new CBS News piece entitled Untangling the Mysteries of the Octopus, correspondent Chip Reid interviews Sy Montgomery, author of The Soul of An Octopus. As Montgomery gushes about the intelligence and beauty of Rudy, a giant Pacific octopus who was confined to a small tank at the New England Aquarium before he died, she claims that octopuses are “one of the most alien” creatures on earth. Right on cue, CBS inserts old film footage depicting octopuses as monsters, emerging from the depths of the sea to swallow ships whole. And herein lies the problem: octopuses are not aliens. Not even close. They are invertebrates. And the continued depiction of them as otherworldly is not only scientifically misleading but dangerous, as it promotes their exploitation in invasive terminal research in labs all over the planet. At the same time, these outlandish depictions permit a kind of ethical “gerrymandering” of welfare considerations for octopuses in research.

Octopuses are indeed endearing, intelligent, and beautiful creatures, but they are not alien in any way, shape, or form. They are one version of life on this planet. And intelligent animals on this planet have emotions and motivations. Claims about their “alien nature” facilitate their exploitation by giving weight to false claims that they are so different from us that they could not possibly share humans’ properties of mind, like feelings.

Research on captive octopuses is ramping up globally. Cephalopods—including octopuses, cuttlefish, and squid—have several alluring characteristics that make them targets of intensive scientific interest and exploitation. These characteristics include a “distributed” nervous system with one centralized brain and smaller “brains” in each of the eight arms; a highly sophisticated, flexible aptitude for changing chromatophores (pigmented skin cells) quickly; the capacity to regenerate lost limbs; and the ability to recode their own genetic information within messenger RNA.

The Marine Biological Laboratory in Woods Hole, Massachusetts, has one of the largest, if not the largest, “collections” of octopuses in the world. Moreover, the Massachusetts laboratory breeds octopuses in captivity, in what is called cephalopod mariculture, by “culturing” and developing octopuses to create “cephalopod model systems” for biological and biomedical research. The program’s purposes are to decode cephalopods’ genetic sequences and manipulate that genetic code to produce variants of normal animals. The variants are then used as models for researching everything from human disease to artificial intelligence.

Despite the growing industry of highly invasive and harmful research on octopuses, the animals lack protection under the Animal Welfare Act or any other U.S. animal welfare legislation. Invertebrates as a group are not covered by any animal welfare laws in this country. The European Union, by contrast, provides similar protections for cephalopods and vertebrates in research.

As an example of the kind of research done on octopuses in the U.S., in a series of experiments conducted to determine if octopuses “tend their wounds,” nine octopuses were subjected to crush injuries of their arms. First, the researchers temporarily deactivated the animals’ cerebrums, using anesthesia, and then removed some of their arms. Later, once the animals were awake, they applied electrodes to the stumps or crush sites. The octopuses’ responses included holding the injured areas against their bodies or curling other arms around the injured arms. Yet the researchers remain reticent to acknowledge that the octopuses in their studies felt pain, despite the fact that these kinds of “tending behaviors” are often argued to be evidence of pain in vertebrates. Tending behaviors are referred to by octopus researcher Jennifer Mather as self-monitoring, implying that they are consciously performed. Mather in 2013 reviewed several lines of evidence indicating that cephalopods share the experience of pain with vertebrates and even mammals.

In the CBS News video, octopus expert Roger Hanlon waxes eloquently on the creativity and intelligence of octopuses yet denies that they exhibit “human-like emotions.” But by this denial, he denies them any kind of emotion. Hanlon’s convenient gerrymandering of opinion is a common way that vivisectionists navigate the ethical maze of claiming that the animals they study are smart and interesting enough to warrant well-funded research but not smart and interesting enough to be the subject of ethical considerations, which may limit what they can do to the animals in their labs.

So apart from researchers’ manipulations of the facts, the language, and the rationales for experimentation—who are octopuses? Are they so completely “alien” that we cannot possibly share experience with them? Octopuses are soft-bodied, eight-limbed members of the big-brained class Cephalopod within the phylum Mollusca. Cephalopods first appeared in the fossil record about 500 million years ago. That is a long time ago and, as such, one could view cephalopod and vertebrate evolution as examples of alternative pathways to complex intelligence on earth. And, indeed, cephalopods and vertebrates have developed some very different ways of “being in the world” that are scientifically interesting. To be sure, at numerous levels, cephalopod brains are very different from mammal brains—but, at the same time, many shared characteristics have been conserved over these hundreds of millions of years. And what is not similar due to common origin may still be similar through functional analogies—that is, the same outcome is achieved through evolutionarily different (alternative) ways.

Octopuses look “weird” but, like us, they are bilaterally symmetrical, having two eyes and four pairs of arms. Their complex brains consist of two major hemispheres, just like ours. Because they have “smaller brains”—one in each arm—connected to the central brain, extensive discussion has occurred about how “unified” their experiences are. But octopus expert Peter Godrey-Smith conjectures that an octopus experiences only one self, positing that, “These arm activities may be too simple and too far from having self-like properties to be centers of experience of their own. Instead, the situation might be one where there is a single subject of experience, but one that is more or less extensive at different times—one that incorporates more or less of the animal’s body.”

In fact, humans and other animals also have “small brains” outside the central brain. These clusters of neurons are called ganglia. And, just as in octopuses, our ganglia often serve functions that are not coordinated by our brains. For instance, we have “little brains”, i.e., ganglia, in our abdomens, yet we do not feel that our consciousnesses or selves are divided between our brains and abdomens. We each have a unified sense of self. Why wouldn’t the octopus?

A close look at the large octopus brain reveals fundamental similarities with the vertebrate brain. The vertical lobe of the octopus brain organizes information flow and long- and short-term memory, which are stored in other parts of the brain. Some octopus researchers maintain that these neural functions allow the octopus to possess cognitive abilities akin to those of birds and mammals. Developmental studies show that the embryological organization—also known as the “‘Bauplan”’ or generalized structural body plan—of cephalopods’ and mammals’ brains and bodies bear a resemblance to each other. Vertebrate brains each have a major neuro-secretory center called the hypothalamus (which secretes different chemicals under different circumstances) and octopus brains have similar neurosecretory centers employing similar molecules as in the hypothalamus. Many neurotransmitters—the chemicals involved in neural transmission—are shared across cephalopods and mammals, as the chemicals that neurons use to “talk” to each other are highly conserved (similar) across life on earth. Further, a recent review of cephalopod and vertebrate brains outlines numerous potential similarities in the form of both homologies and analogies—defined as, respectively, similarities due to shared origin and similarities due to similar function—including those which may be involved in consciousness and pain.

We need to be mindful that the trope of being “alien” can be used to facilitate the exploitation of octopuses and other cephalopods. Octopuses can contort their bodies to fit into narrow holes and crevices—but they are not capable of enduring the weirdly-shaped conceptual space into which we humans are forcing them. 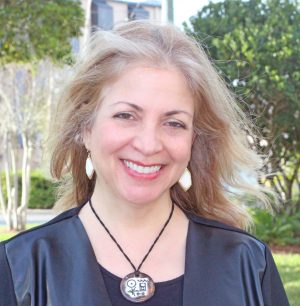 Lori is the Founder and Executive Director of The Kimmela Center For Animal Advocacy. She holds a Ph.D. in biopsychology from the State University of New York at Albany.