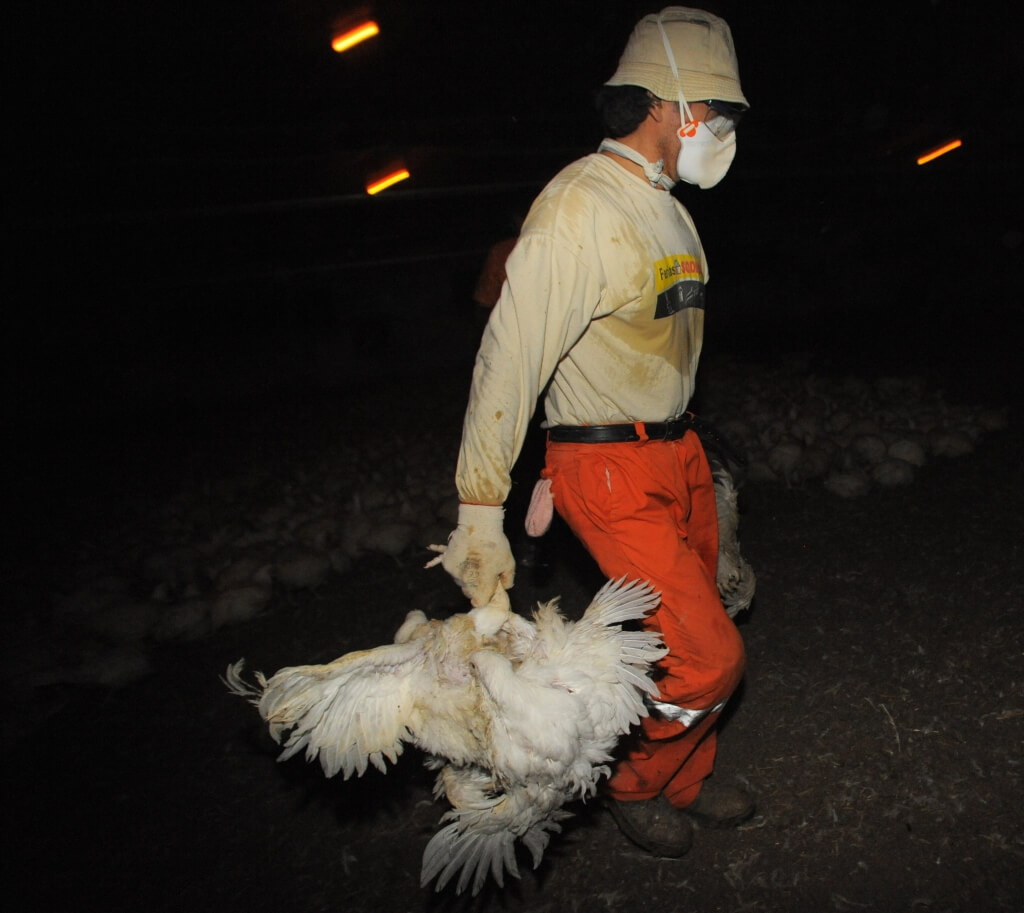 It comes as no surprise that industrial animal agriculture and its top producers are routinely found responsible for animal welfare violations and inhumane standards during undercover investigations. But it is surprising that these same producers must recall their products, not just because of pathogens like Salmonella, but physical debris that can maim consumers.

Chicken producers have shown time and again that they care more about high quarterly profits than their consumers’ health and safety. In January, wood contamination in chicken nuggets caused Perdue Foods to recall about 68,244 pounds of gluten-free chicken nuggets. At least three consumers have since found wood in their nuggets and filed complaints with Perdue.

According to the U.S. Department of Agriculture’s Food Safety and Inspection Services (FSIS), there has yet to be confirmed reports of injury or sickness from eating the chicken nuggets contaminated with wood. The FSIS has classified the recall as a Class I Recall, which signifies “a reasonable probability that the use of the product will cause serious, adverse health consequences or death.” The agency is concerned that some consumers have still these chicken nuggets in their freezers.

For those at risk of consuming contaminated Perdue chicken, the recall is isolated to Perdue Simply Smart Organics Gluten-Free chicken breast nuggets. Possibly contaminated items will have a “Best If Used By Date” of 10/25/19 and UPC product bar code 72745-80656.

The FSIS urges customers not to eat these products, but instead to return or replace them.

An expert on food safety issues Felicia Wu, Ph.D., a Michigan State University professor, highlights that wood chips and metal shards can end up in food products due to a piece of machinery breaking off “anywhere along the chain for processed foods.” To avoid health risks, Professor Wu recommends cutting out highly processed foods altogether.

Despite some companies’ deployment of X-ray machines to scan for contaminants, the Director of the Regulatory Affairs of the Food and Food Industries program at Northeastern University, Darin Detwiler points out that wood might be harder to detect with an X-ray machine. Detwiler reports that “this is nothing new,” since lots of chicken recalls occur “due to rubber, plastic, glass, metal shavings and physical debris that can cause harm.”

To Perdue Foods’ executives, chickens are tools made of protein and, more importantly, material investments that they expect to turn a high profit.

Perdue Foods reported $6.7 billion in total sales for 2016. Unfortunately, we cannot be sure that Perdue Foods values the health of consumers above its healthy corporate profits.