Meet the Nigerians who are challenging tradition: from innovative plant-based chefs to conservationists who rescue wildlife from meat markets and poachers, allowing them to thrive in safety.

Meet the Nigerians who are challenging tradition: from innovative plant-based chefs to conservationists who rescue wildlife from meat markets and poachers, allowing them to thrive in safety.

Lagos—Standing at a live animal market in Lagos, Nigeria, Chinedu Mogbo was faced with a difficult decision. Buy a pangolin to save that animal’s life or watch someone else buy the pangolin and know that the animal would meet a gruesome end. He would face criticism either way. There was no good decision, only one that was less bad.

So he bought the pangolin.

“People tell us that, yes, paying for it, you’re supporting the trade,” said Mogbo. “And I said I know these things. But I’ve stood there before many times, and I stare sadly with my camera recording. When I do nothing, what happens? In the short space of 10 minutes, sometimes, they kill it there.”

Mogbo is the director of the Green Fingers Wildlife Initiative, a sustainability and conservation organization located in Lagos. Green Fingers rescues wildlife from the hands of poachers, meat markets, hunters, and fishermen, and brings these animals to a safe space where they can thrive.

That safe space is the Green Fingers wildlife zoological and botanical gardens, a home for dozens of species faced with the threat of extinction due to habitat destruction and poaching. Here, these animals don’t just live in peace, they thrive. The garden is open to children, animal lovers, and researchers tasked with learning as much valuable information as they can in order to save these animals from disappearing forever. 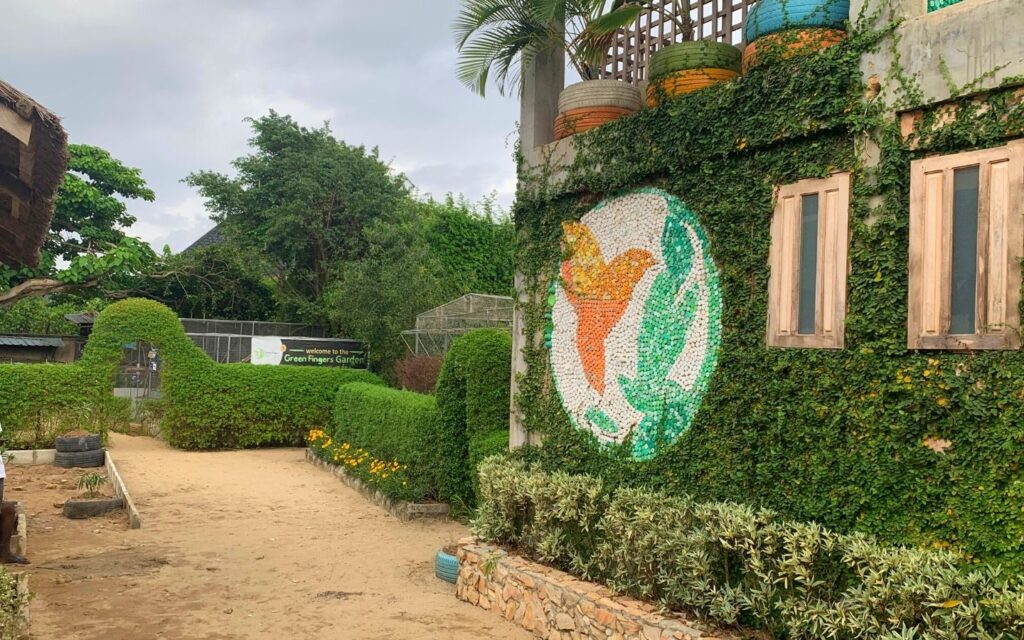 Green Fingers also uses its resources to educate the public on the need for wildlife conservation for environmental reasons and human health. As Mogbo observed, with the narrow separation between the human species and other animals, more diseases are now jumping from animals to people. But education is much easier said than done because many Nigerians lack the foundation for understanding these issues.

Words like ‘critically endangered’ and ‘threatened’ are not ones that the average Nigerian knows. And that’s not being hyperbolic, they literally don’t understand what they mean.

Mogbo recounted a recent conversation with a seller at a live animal market. When he mentioned an animal was endangered, she thought that he meant the animal was dangerous to her. If someone doesn’t know what it means to be endangered, then there’s no possibility of them knowing it means that the animals they’re used to seeing will soon be gone. Given this sobering reality, where does education even begin?

Mogbo said that at Green Fingers they start with the children. Within the formal school curriculum, there is very little information about conservation. So Green Fingers tries to incorporate conservation into children’s lives as young as possible so they are empowered with knowledge that will help them understand their roles as custodians of the environment in adulthood. Adults, however, are a different story.

Many Nigerians see wildlife as potential food. It’s a cultural norm. Everything that moves is edible. Of course, live markets are against the law. But laws are only as good as the people enforcing them. Some sellers have been in operation for so long that their businesses have been passed down from one generation to the next. According to a seller, after 20 or more years without interruption, it would be laughable if the government suddenly took interest.

In fact, the government’s approach to enforcement starts at the wrong end of the process. Instead of prioritizing animals when they are alive, they focus on policing body parts after an animal is dead. Stories emerge of agents confiscating pangolin scales being trafficked internationally, but the damage has been done. Scales are worthless to a pangolin who was already killed for them.

Still, education and poor government regulation are only two parts of the injustice. It’s difficult to blame people at live markets who lack knowledge or food security. Mogbo takes greatest issue with the hunters themselves.

What has really driven this market is greed. I stand on that. It’s greed because you go to the wild, you pick up an animal that doesn’t belong to you—doesn’t belong to anyone really—you pick it up and you come and make profit on it. You call high amounts of money for people buy these things off. It’s really sad because I would think that you, rather than eating it, you’re coming to sell it to get money […]

Watching his face, Mogbo’s frustration was clear. Deforestation caused by logging and subsistence farming has stolen over 95 percent of their land. Due to habitat loss, Nigeria’s national bird can scarcely be found in their country. 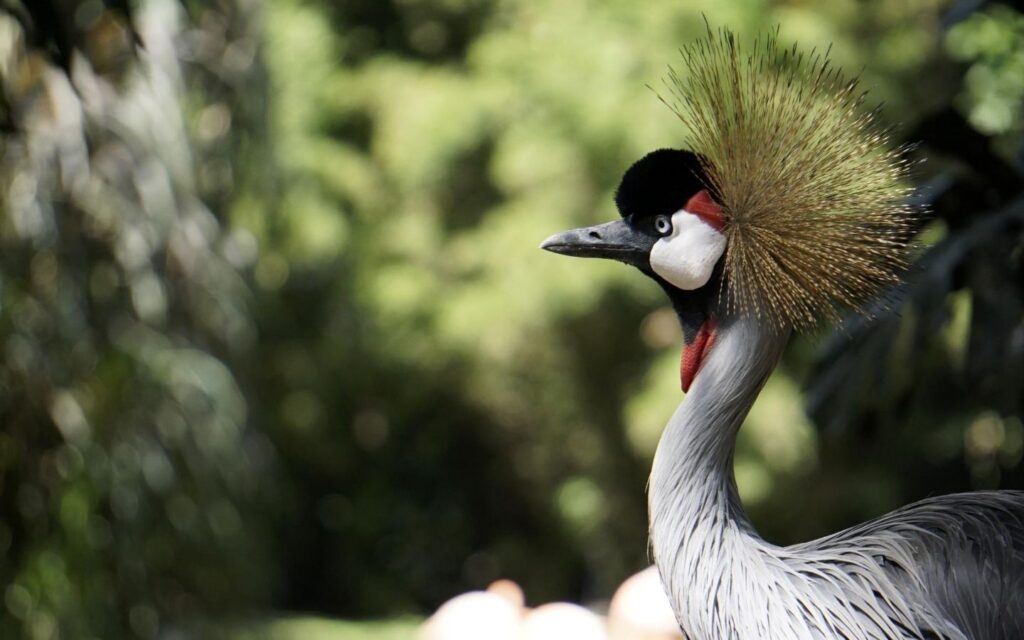 However, hope is not in short supply. Because the scourge of unemployment threatens many Nigerians, creating jobs in conservation creates an economic incentive for people to save animal species. Also, many Nigerians are forming new food traditions that alter their relationships with animals.

Tomi Makanjuola, known online as the Vegan Nigerian, uses her platform and her profile to help people transition to a plant-based diet.

Although it is unconventional for Nigerians to consider a meal complete without the meat, she said that is a fairly recent phenomenon in their history based on their experiences of watching people consume large amounts of meat in the global west. Conversations about what is Nigerian culture are incomplete without recognizing that Nigeria is rich in plant-based culinary traditions. 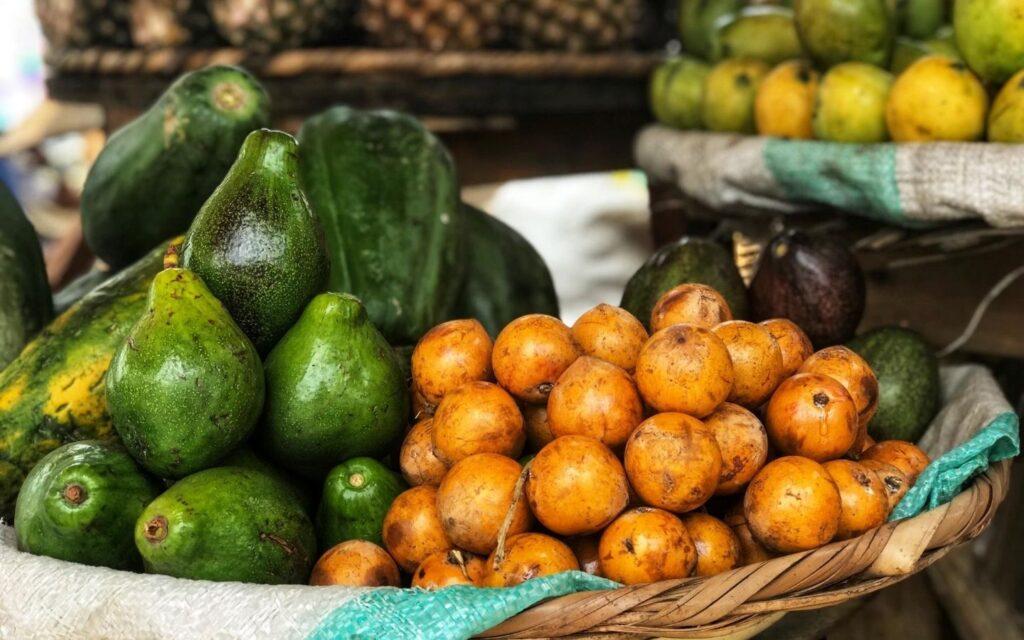 Food blogger Itua Iyoha runs the website Eat Right Naija. According to PRI, she realized meat has not always been central to Nigerian eating.

“People say things like, this is how white people eat and this is not how we eat in Nigeria, that kind of thing,” she says. “And I just let them know that, first of all, the recipes that I share are not quote-unquote white people food, they are Nigerian food, and then secondly, our traditional foods are very much plant-based.”

“Look at it from a different angle,” said Makanjuola. “We are blessed with an abundance of amazing plant-based ingredients that grow naturally and we already include those in our dishes. So making the leap to a plant-based diet is not so alien and it is entirely possible.”

This article forms part of a bi-weekly column from Christopher Sebastian targeting animal issues from a pro-Black perspective. 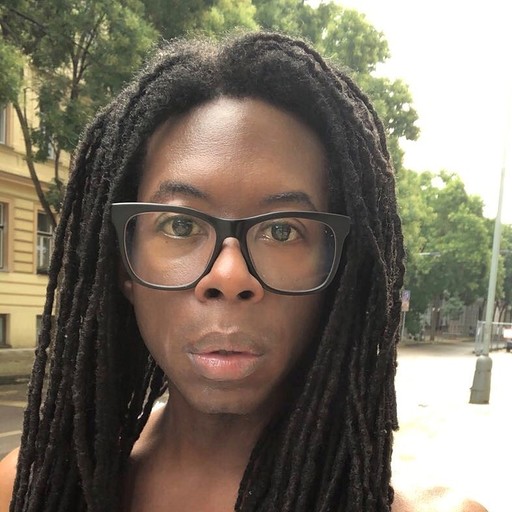 Christopher is the director of social media for Peace Advocacy Network. He also sits on the Advisory Council for Encompass, co-founded VGN, and lectures at Columbia University on power, oppression, and privilege. Follow him at www.ChristopherSebastian.info.