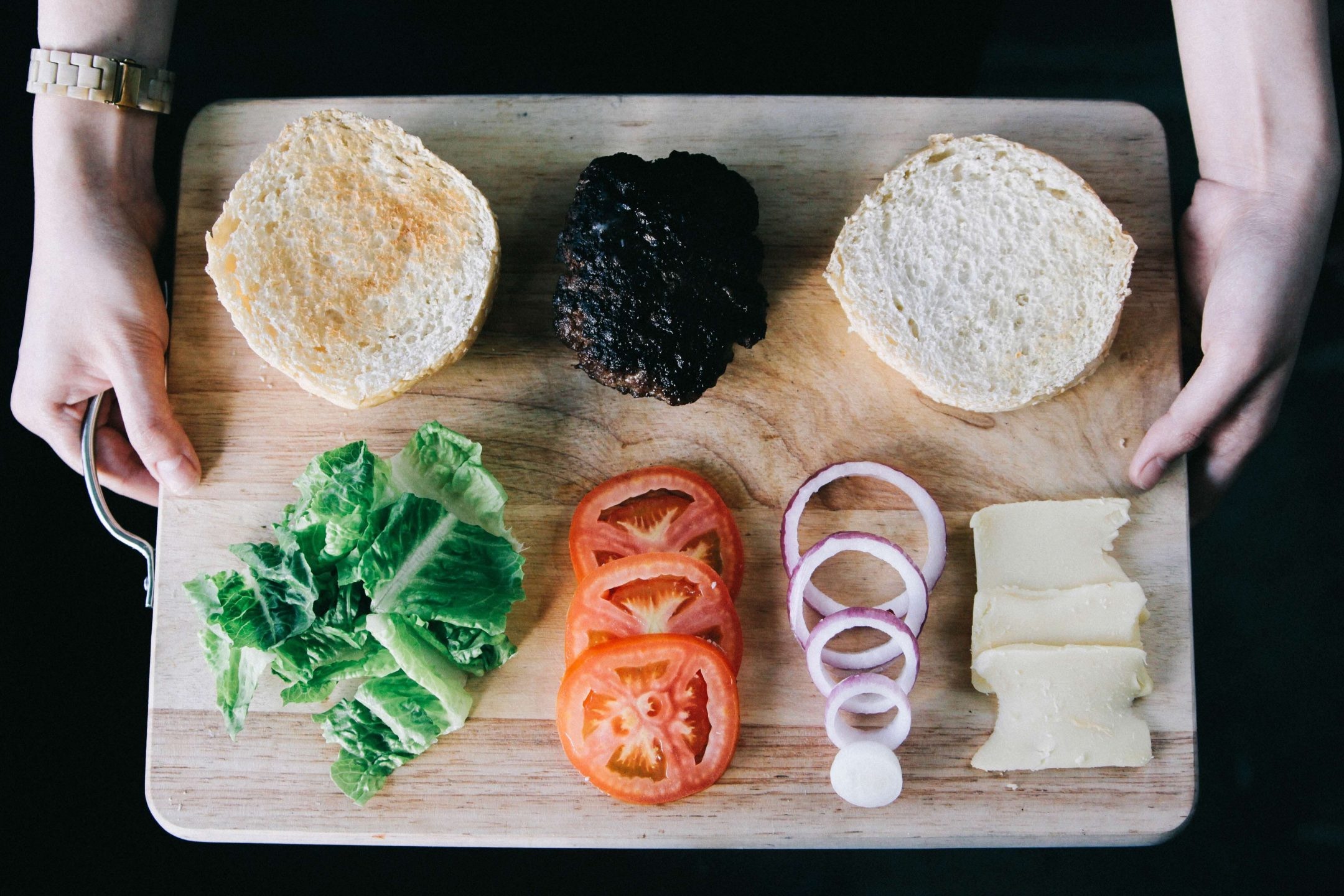 Upcoming Film: The Rise of the Animals

The Climate A List recognizes the world’s most sustainable companies every year. Each of the companies on the A List–and it’s worth noting, not everyone passed with flying colors–are committed to environmental stewardship.

According to the Carbon Disclosure Project, which puts out the Climate A List, companies representing more than 50% of the global market cap are developing constructive approaches to climate change, water security, and deforestation. But what about meat?

Meat is one of the largest and most commonly ignored polluters on earth. If we’re talking about corporate sustainability, we have to talk about animal agriculture. Companies choose to serve meat to their employees, and it’s destroying the environment.

The purpose of CDP’s Climate A List is twofold. First, the group wants more companies to be transparent about how their global business is serving (or failing) the environment. CDP scores businesses from A to D-. They promise that each score adjusts to the needs of the market and the mounting urgency of the climate crisis. Companies currently reporting to CDP now represent over 50% of the global market capitalization.

Second, CDP is focused on created global leaders in sustainability by measuring impact in three major categories: climate change, water security, and deforestation. This includes the company’s ability to effectively communicate progress and best practices with stakeholders and other companies.

WeWork led the way, banning meat from their offices last year. Should animals be off the menu?

So far, reports like the Climate A List still exclude meat from their assessment. Soon, though, most companies won’t have a choice, because if animal agriculture belongs somewhere, it’s on the list of industries that are not sustainable.

Should animals be off the menu?

In 2012, former Citibank executive Philip Wollen gave an emboldened speech about a visit he made to one of his client’s slaughterhouses titled, “Should Animals Be Off the Menu?”

Given the damage animal agriculture does to the climate, it’s an interesting question, particularly when put in the context of corporate sustainability. Should companies sponsor the destruction of the planet amidst the tacit assumption that they are okay with the animals suffering to put meat on their plates?

There’s no easy answer to this question, but Wollen says this, in part, about how companies can reflect a more compassionate worldview by choosing to take me off the menu.

“The world has changed. Ten years ago, Twitter was bird sound, www was a stuck keyboard, a Cloud was in the sky, 4G was a parking place, Google was a baby burb, Skype was a typo, and Al Kider was my plumber. Victor Hugo said, ‘There is nothing more powerful than an idea whose time has come.’”

Here’s how CDP’s scoring breaks down

The CDP report is part record card and part tool for engagement. It’s meant to help stakeholders to identify and engage with companies that do not take action towards a more sustainable future.

“Being a leading global food company means being responsible stewards of natural resources,” chief sustainability officer of General Mills Jerry Lynch told Manufacturing.net. “If we want to be around for another 150 years, we must reduce our environmental impact from field to fork.”

General Mills made it onto the 2019 Climate A List. This past year, more than 650 investors with over $87 trillion in assets requested companies like General Mills to disclose data about their environmental impacts.

In the meantime, General Mills invested $17 million in Urban Remedy, a California-based plant-based meal kit startup, and $40 million in vegan yogurt and cheese company Kite Hill. Because there’s truly no better to way to say “I care about the environment” than plant-based food.

“This begins by being aware of environmental risks and managing them with incredible care and consideration,” said Lynch.

While companies like General Mills seem to have their priorities in line, not all do. Much of the report is dedicated to the problems food and agriculture companies face in achieving measuring environmental stewardship.

After all, agriculture, including the impacts of water and land use and deforestation, is responsible for producing a quarter of the greenhouse gases on earth.

Climate change and the problem with eating meat

At an all-time high, the global livestock population just hit 28 billion animals. The livestock animal population has decreased in size over the past 20 years. Herd sizes will continue to grow if food and agriculture companies don’t start focussing on plant-based solutions.

Contrary to popular belief, the movement away from animal proteins towards plant proteins will increase the global protein supply.

Substituting beans for beef on a national scale could meet up to 75% of America’s greenhouse gas reduction target. Oh, and that’s with absolutely no loss of protein to the food system, according to university scientists from around the world.

Obstacles. Convincing the average consumer to give up beef–or even eat less of it–heralds another world of problems. Countries are currently drafting climate mitigation plans, called Nationally Determined Contributions, that will go into effect in 2020. But they only represent part of the solution.

Yes, animal agriculture needs to be a part of national climate mitigation policy. But for societal-level changes to take hold, it needs to be written into the charters of large corporations as well.

Livestock agriculture, particularly cattle farming, is extremely water intensive. Before you can raise animals, you have to grow their food. At scale, livestock production requires much more water than the water requirements of the plants themselves. Cutting out meat is one less mouth to feed—if you will.

One pound of beef requires 1,799 gallons of water to produce, and one pound of pork needs 576 gallons. One pound of soy takes 216 gallons, and corn requires 108 gallons. Each of these products is essential to the industrial food system at the movement. But that can (and will have to) change.

In places like Arizona, Oregon, and Washington, industrial agricultural operations are leaving residents without enough water to drink.

Most water on factory farms is not used to hydrate animals

Farm animals produce a lot of wastewater. The flushing systems used to wash feces from dairy farm floors require 150 gallons of water per cow every day.

Between cleaning up after the animals and processing them during slaughter, factory farms use a majority of their water. Hydrating the animals is surprisingly a very small part of the water usage on factory farms.

Wastewater from factory farms is so polluted with antibiotics, hormones, and bacteria that it cannot return to the water system. Still, wastewater from factory farms is at risk of returning to the local water supply. Usually, it is held in massive manure lagoons up to several football fields long. But the lagoons are not spill-proof and they’re certainly not hurricane proof, as we learned earlier this year.

During Hurricane Florence, millions of gallons of wastewater from factory farms flooded the North Carolina countryside, at risk of contaminating the groundwater.

Heavily polluted with manure and chemical fertilizers, rivers and lakes turn into literal cesspools (or “dead zones”) where nothing can live when spills like this happen. Most often, though, farmers contaminate the local water supply by a practice called spraying. Farmers spray excess wastewater on fields to keep the height of their lagoons at acceptable levels. This water can—and does—make its way into the local water supply, creating more headaches and more wastewater from factory farms.

This year, deforestation in the Amazon reached a decade-long high, in large part because of an increased demand for soy to feed factory-farmed cattle. Rainforests in Brazil, Colombia, Peru, and Venezuela are suffering similar habitat destruction.

In order to grow enough food for animals, house them, and let them graze, animal agriculture represented 65% of global land use since 1960.

Livestock farming occupies about 80% of total agricultural land, and about one-third of global arable land is used to grow feed. In short, livestock requires a lot of land. Industrial farming operations need heaps of corn and soy to feed nearly 10 billion animals every year–just in the U.S. Globally, that number comes out to 56 billion animals raised on factory farms every year.

More often than not, corporate interests are able to seize control of forested areas and clear them to create more farmland.

Plus, cows need space to graze. As a result, livestock farming takes up 41% of all land in the U.S. That’s a herd of about 100 million animals with more than 1.5 million square miles dedicated to raising them for food.

Bottom line. Echoing the words of Victor Hugo, “There is nothing more powerful than an idea whose time has come.” For meat eaters, the time is now.