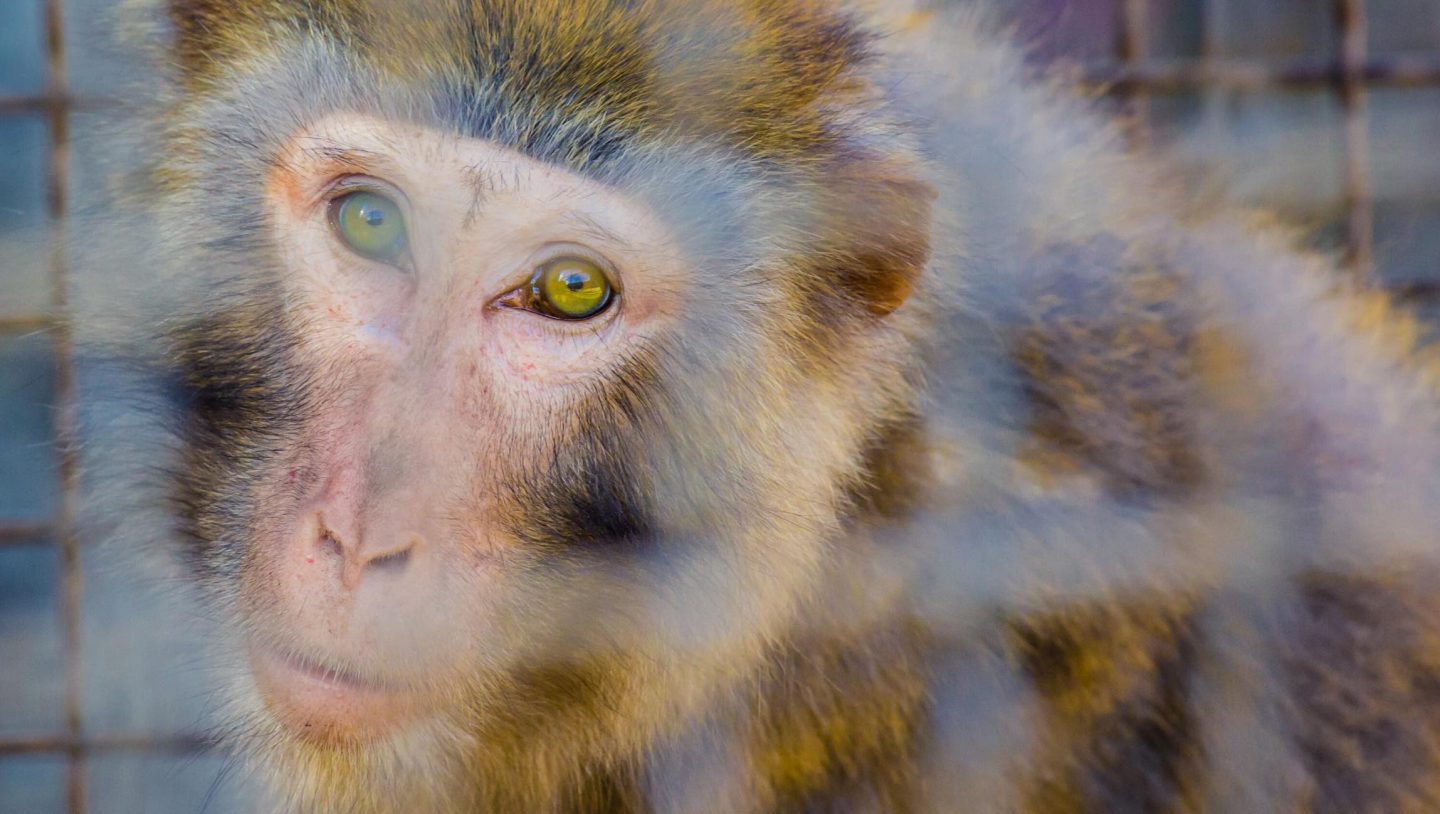 No animal, human or non-human, wants to spend their life in captivity, being poked, prodded, and tested on for the benefit of human beings. Locked away in cages and observed from behind glass walls, research animals suffer immeasurably. Now, the students at Harvard Law School’s newly minted Animal Law and Policy Clinic are stepping in.

On behalf of the New England Anti-Vivisection Society (NEAVS), the Animal Legal Defense Fund (ALDF), and the International Primate Protection League (IPPL), Harvard Law School’s new Animal Law and Policy Clinic filed a lawsuit last week against the United States Department of Agriculture (USDA) for its failure to respond to the groups’ petition to improve standards for the psychological well-being of nonhuman primates used in research.

In May 2014, the groups submitted their petition to the USDA, requesting the agency to promulgate standards for the psychological well-being of primates similar to those adopted in 2013 by the National Institutes of Health (NIH) for chimpanzees used in federally funded research. Recognizing that non-human primates, like humans, require environmental enrichment for their psychological well-being, those standards require primates to be housed in social groups, with access to the outdoors, and opportunities to forage for food, climb, build nests, and make choices about their activities.

The petition has gone five years without a decision from the USDA. Now, the groups are suing the USDA for its lack of action on the proposed animal welfare standards. The suit was bought in the United States District Court for the District of Massachusetts under the Administrative Procedures Act (APA), essentially compelling the agency to make a decision.

The case is the first filed by Harvard Law School’s new Animal Law & Policy Clinic, which was recently launched, and operates like a public interest law firm that teaches law students how to advocate on behalf of animals. Harvard Law School students Brett Richey and Boanne Wassink prepared the complaint for the Plaintiffs with the help of the Clinic’s Director Katherine Meyer – who is a nationally renowned animal law expert. Meyer was the lead attorney in the Endangered Species Act case against the Ringling Bros. circus that raised public awareness about the treatment of Asian elephants. This public awareness led to the circus ending the use of elephants in 2016.

The groups hope to use this momentum to address the lack of adequate and enforceable welfare standards for research primates. This past year, more than 100,000 primates were used in labs across the United States – 40,000 more than the number that was being used the year after NEAVS and the Animal Legal Defense Fund first petitioned the USDA in 2014, according to a press release from Harvard Law School’s Animal Law & Policy Clinic.

Most of the primates being held or used in experiments in the United States are macaques. Baboons and marmosets are also commonly used by research facilities. According to a recent NIH report, rhesus macaques comprise 65% of all planned non-human primate use, followed by cynomolgus macaques (15%), baboons (5.5%), and marmosets (3.1%).

“It is necessary that all non-human primates used in research receive the environmental enrichment they need,” said Christopher Berry, Senior Staff Attorney for the Animal Legal Defense Fund. “The USDA’s failure to implement appropriate standards protecting primates’ psychological well-being is causing animals to suffer in isolation and without adequate enrichment.”

The proposed standards, like those adopted by NIH for chimpanzees, would ensure “ethologically appropriate physical and social environments,” which means “captive environments that do not simply allow, but also promote a full range of behaviors that are natural” for these primates.

Primates in research facilities commonly engage in abnormal behaviors – called stereotypic behavior. These include rocking, swaying, repetitive circling, over-grooming to the point of permanent damage to their skin, biting themselves, banging themselves against the cage, and other forms of self-harm and self-mutilation. These behaviors are not natural for primates and are the result of extreme and prolonged psychological distress. As the Petition explains, such stress can also have negative impacts on the scientific validity of the results of such research.

“There is overwhelming evidence demonstrating the psychological capabilities and needs of primates, the ethical responsibilities of humans towards them, and the implications of psychological well-being (or lack thereof) of primates used in research to obtain scientifically valid research results that benefit humans,” said Nathan Herschler, Executive Director of NEAVS.

The groups seek to have the USDA grant their petition and begin promulgating standards that will ensure the psychological well-being of all primates used in research, as Congress directed the agency to do in 1985 when it amended the Animal Welfare Act – a law that was enacted to “ensure the humane treatment” of all animals used in research, exhibitions, and the pet trade.

In response to the groups’ 2014 Petition, the USDA received over 10,000 comments from the public urging the agency to grant the groups’ request.

“We are bringing this case to compel the USDA to put in place clear, enforceable laws that will ease the burden of suffering on non-human primates, some of our closest relatives in the animal kingdom,” said Brett Richey, a second-year student at Harvard Law School. “These animals deserve our protection.”