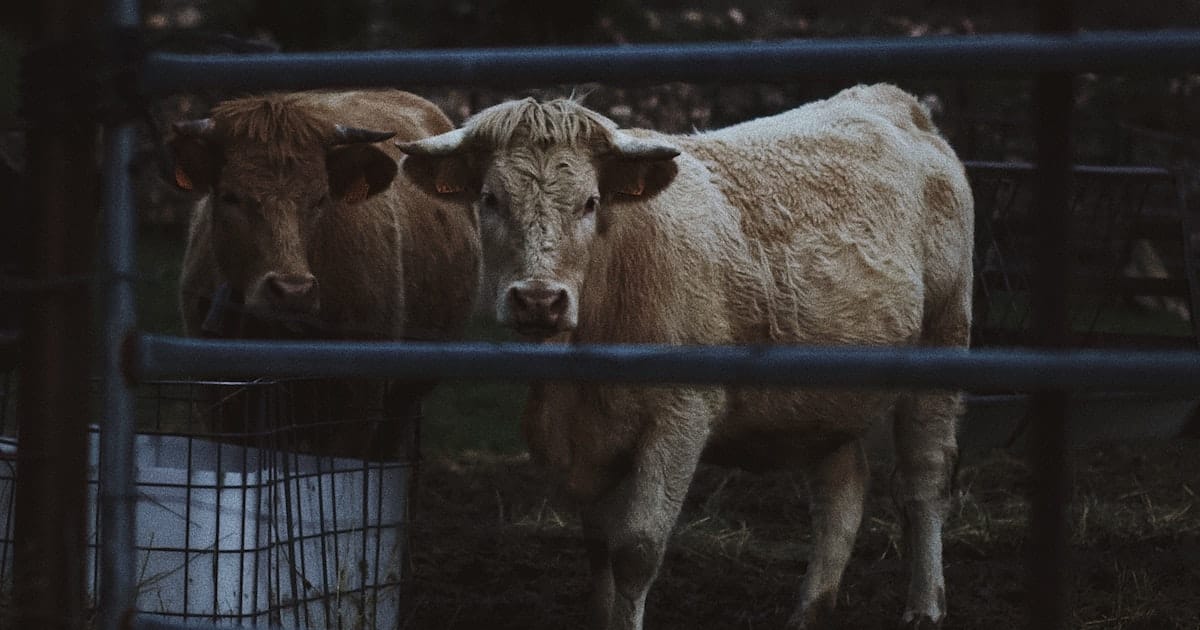 Inside the Dark World of Rabbit Farming

The meat and dairy industries have a much bigger part to play in the climate crisis than most people are willing to admit. Despite the urgency of the issue, animal agriculture’s contribution to the climate crisis is often overlooked for hotter topics like fossil fuels and transportation and often goes entirely unmentioned in mainstream discussions of the climate crisis. Watch this video to learn more.

Greenhouse gases (GHGS) make up a small portion of Earth’s atmosphere, but even slight changes to the amount of GHGs profoundly alter Earth’s climate. To avoid irreversible climate change, we must limit global warming to under 1.5°C.

Experts have explored ways to reduce our carbon footprint. A carbon footprint is the total GHG emissions of a person, corporation, or country. Reducing our carbon footprint is critical to minimizing climate change impacts. To avoid irreversible impacts, we must limit CO2 in the atmosphere to below 430 parts per million (ppm). This number is currently at 417 ppm, and is increasing by around 2.5 ppm every year. This gives us about 6 years to avoid 1.5°C of global warming.

Phasing out fossil fuels and protecting ecosystems is key to reducing emissions, but experts say changing our food system is even more pressing.

Industrial animal farming is a major part of this food system since 83 percent of the world’s farmland is used for animal agriculture. According to independent environmental scientist Nicholas Carter, it generates at least 37 percent of global GHG emissions and also causes significant pollution of air, soil, and water. Factory farming drives land-use change and biodiversity loss—all of which depletes Earth’s natural carbon sequestration capabilities which increases the likelihood of irreversible climate change.

The number of farmed animals is predicted to double by 2050. Half of all food-related emissions come from beef and lamb. Beef and dairy farming are also a major source of methane, which is 72x more effective at trapping heat compared to CO2. Meaning that continued methane emissions will greatly accelerate warming towards 1.5°C.

A large amount of farmland is used to grow crops for farmed animal feed. This kind of industrial monocropping is known to increase GHG emissions. Natural habitats are cleared to create grazing lands, which causes even more emissions. The top 5 meat and dairy corporations emit more GHGs than ExxonMobil, Shell, or BP.

We have a number of ways to reduce our carbon footprint including using fossil-fuel-free transport and electricity or choosing long-lived products and reusable packaging. Because animal farming is responsible for so many of these emissions, we can significantly reduce our carbon footprint with a sustainable, plant-based diet. We can do this today without the need for technological progress. This decreases GHG emissions and protects the environment. Offering the most effective path to mitigating the impacts of climate change.

Another Failed Attempt to Greenwash Beef