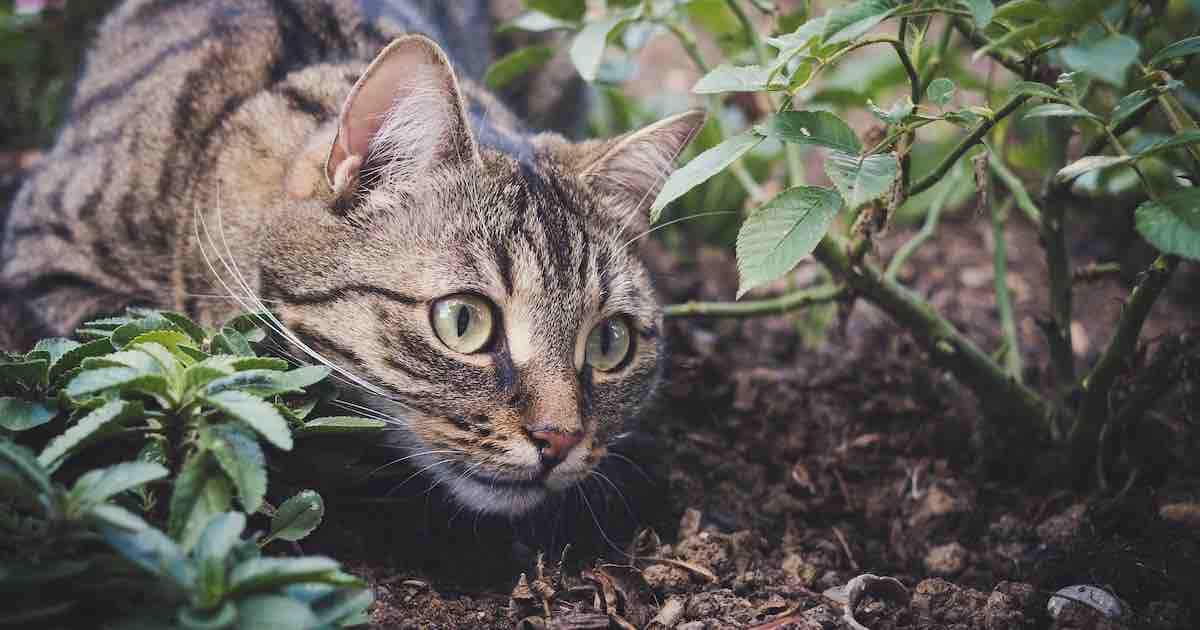 “We can’t make the cat come to work,” Indiana meteorologist Jeff Lyons joked after his cat Betty wriggled out of his arms during an April weather forecast. He’d wanted to feature her on-air after her surprise cameo in a previous at-home broadcast went viral. But in stereotypical cat fashion, Betty seemed to want fame on her own terms—when Lyons picked her up for an encore appearance, she flicked her tail and struggled to escape him.

Betty the weather cat is not the only feline recently in the spotlight, for reasons both heartwarming and unsettling. Friends, colleagues, and strangers’ cats are increasingly visible during the now-ubiquitous Zoom calls and live-streaming videos. Cats are in the news, too; a study published in March confirmed that cats can catch the coronavirus that causes COVID-19. Researchers caution that humans who contract the virus should isolate not only from their families but also from their feline companions. Scientists conducted this research by purposely infecting and then euthanizing cats in a lab, and similar testing continues in attempts to develop a vaccine. The pandemic is exposing a contradiction: though many cats are beloved companions, others are being used for human purposes.

Domesticated animals rely on humans for optimal wellbeing, and cats are no exception. Some experts suggest that the mutual benefits of relationships between humans and domesticated animals have caused their social and genetic co-evolution. Cat-human interactions appear to have started 5,000 to 10,000 years ago, when cats began clustering near human settlements because their grain farms and stored food were attracting mice and rats. Compared to their wild ancestors, modern domesticated cats show several genetic and social changes related to reward-seeking behavior, such as receiving food from humans in return for controlling rodents. The gene changes, which are also involved in behaviors like memory and fear, suggest cats have undergone domestication—at least to an extent.

Some experts argue that cats are not fully domesticated. Cats’ major companion animal counterpart, dogs, may have begun undergoing the domestication process tens of thousands of years sooner than cats. Being more recently domesticated, cats still retain much of their wild ancestors’ aloofness and desire for independence—stereotypical traits helping to spark pandemic jokes that while our dogs may be glad that we’re home all the time, our cats are wondering when we’ll go back to work. To comfortably live with humans, domestic cats must be socialized to do so while very young, and they are more likely than dogs to survive without humans if abandoned. Cats sometimes even breed (or are bred by humans) with their close wild relatives, such as the African wildcat. Their relative closeness to wild cats is what causes some experts to define cats as only “semi-domesticated,” making cat-human relationships uniquely complex.

The ethics of modern-day cat ownership raise questions with no neat answers. In North America, companion animals like cats are considered property rather than legal persons, which gives humans complete agency over them. Booming cat populations resulting from their domestication means humans regularly spay and neuter cats—a violation of their bodily autonomy that is nonetheless widely considered necessary in the face of a pet homelessness crisis. “Cat people” may be torn between prioritizing cats’ safety and respecting their instincts and preferences, as cats are generally safer indoors but many strongly prefer being outdoors. Humans often leave their cats alone to go to work, but many cats are social and may suffer separation anxiety—particularly if they can’t interact with other cats. Designer breeders may select for genetic traits that “improve” cats’ appearances yet negatively impact their health. Persian cats, with their flat faces, are susceptible to breathing problems, and “kangaroo cats” are intentionally bred with underdeveloped forelegs so that they sit upright. These designer cats, whether purchased from breeders or adopted, are likely to require special medical attention for their health problems. Relationships with companion cats are ethically complicated, even for the most conscientious cat caretakers.

Like all domesticated animals, cats are vulnerable to cruelty, neglect, and abandonment that includes and surpasses the socially-normalized consequences of their domestication. Though anti-cruelty laws apply to pets in many states, the Humane Society of the United States (HSUS) notes that successful prosecution of such offences remains rare. Domestic cats are regularly abandoned and killed: in the US, humans annually surrender more than 3 million cats to animal shelters, which, by HSUS’s estimate, euthanize 70 percent of them. Adopting abandoned and stray cats from rescue organizations means saving animals who may not otherwise receive second chances, but only around one-third of cats entering new homes are adopted from shelters. Despite advocacy campaigns, the tragedy of unwanted cats persists, and the problem goes beyond an excess of shelter surrenders; every fall, rural areas in Canada experience an increase in kittens abandoned on roadsides. Domestication puts cats under human control and prioritizes human interests, leaving some cats more vulnerable to unwanted consequences than others.

Free-roaming cats—domesticated felines who escaped, were abandoned, or were born in the wild—often cannot comfortably exist without human support. Because their populations result from prior human interference with their species, free-roaming cats are a byproduct of domestication and are not native to any ecosystem. Numbering approximately seventy million in North America, these cats lead shorter lives than companion cats with human caretakers and are often at risk of sickness, starvation, and freezing to death. Along with outdoor companion cats, free-roaming cats may alter their local environments in undesirable ways, such as by killing songbirds and bats who would otherwise help to control potentially disease-bearing mosquitoes. Municipal trap-neuter-vaccinate-return (TNVR) programs support free-roaming cats by improving their quality of life: they catch, sterilize, vaccinate, and release free-roaming cats so that they can no longer create populations of additional at-risk cats. Studies have shown that TNVR programs are effective at controlling free-roaming cat populations in a humane, non-lethal way, allowing outdoor felines to thrive as part of human communities. City-dwellers in some municipalities who want to help free-roaming cats can register local colonies and participate in colony caretaker workshops to learn how to facilitate the TNVR process. Legalizing and encouraging TNVR in all jurisdictions would mean giving free-roaming cats the support and independence they need. Many city-dwelling cats are free-roaming and need protection as much as domesticated feline companions do.

As humans attempt to support both domestic and free-roaming cats, many other animal species are also impacted by the existence of cats. One highly contentious but well-publicized study estimates that outdoor cats in the U.S. annually kill as many as four billion birds and 22 billion mammals, such as mice, rats, shrews, and rabbits. There is no doubt that cats kill wildlife, but some researchers suggest the study is flawed and point out that such research unjustifiably vilifies free-roaming cats by framing them as “pests” who damage native wildlife populations. Animal advocates may also be concerned about species like chickens who are killed for cat food, typically in controversial and unsustainable factory farming operations. Start-ups like Wild Earth are working to produce pet food using lab-grown “clean” meat, but until non-animal-based meat alternatives are available at scale, feeding cats poses an ethical predicament for people who care about the lives of all animals. Since cats are carnivorous predators, they significantly impact ecosystems both directly and indirectly.

The pandemic is giving felines like Betty the weather cat an unlikely chance to show off their endearing and quirky personalities to the world. Though cats may not be perceived as showing dog-like “loyalty” to humans, and despite large free-roaming populations, they are ultimately dependent on humans for their welfare. Regardless of the true extent of their domestication, the existence of cats—whether companions, strays, or free-roaming—raises ethical dilemmas with no easy solutions. Meaningfully addressing these issues requires humans to acknowledge and honestly discuss the impacts of feline domestication on cats themselves, other animals, and the environment. As long as humans continue to keep cats as companions, we can make every effort to enrich their lives as much as they do ours, while also striving to minimize the negative impacts of their domestication.