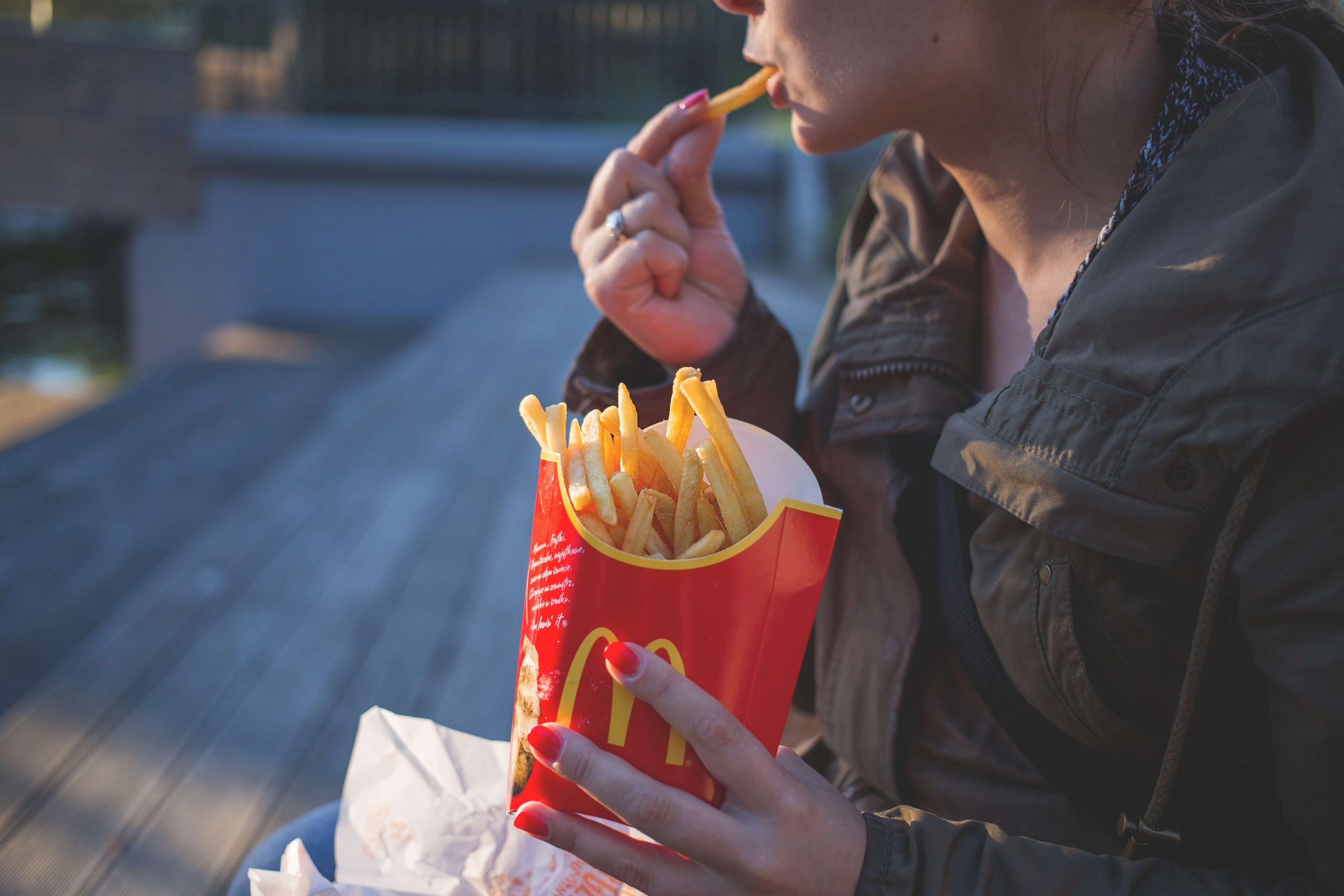 Follow the Feathers: Why Down’s “Humane” Claims Can’t Be Trusted

This month Burger King announced that it will be rolling out the Impossible Burger, a plant-based option, in its stores nationwide after the completion of a pilot program in St. Louis. The move comes as White Castle and Carl’s Jr. have both adopted plant-based burgers, appealing to a new demographic of consumers concerned about meat’s cruelty and environmental impact.

McDonald’s, which only serves plant-based burgers at its headquarters in Chicago, should wake up and hear the music. Stockholders will be disappointed to know that the firm’s executives are ignoring giant shifts in public opinion, as they continue dragging their feet on adopting a plant-based option. Meanwhile, nearly 160,000 customers have petitioned the company to add a healthy, meatless option.

Acosta, a leading marketing agency, has found that nearly one in every four millennials is now vegan or vegetarian, and one in every three who still eat meat consume more than four vegetarian dinners every week. And yet McDonald’s does not serve a single vegetarian option in the United States: even the fries and hash browns have beef tallow powder, a reality that cost the corporation millions in lawsuits as consumers sued it for lying.

But McDonald’s should not only look at existing demand– new laws have the potential to increase the price of cruelly sourced and cheap meat. In 2016, a whopping 78 percent of Massachusetts voters approved one of the nation’s most expansive animal rights law to date.

The ballot question will one day be remembered as the beginning of the end for corporations who abuse animals. It bans the importation of products relying on cages that prevent pigs, chickens, and calves from “lying down, standing up, fully extending their limbs, or turning around freely.” The law was unique not in substance but range. All producers, even those outside of the state, must adhere to the law by 2022 if they wish to sell their animal products in Massachusetts.

California’s Proposition 12, passed last November, goes to even greater lengths, banning the sale of meat and eggs from producers that fail to provide animals with basic rights to space. Even with this clear, national mandate to treat animals more humanely, the biggest fast-food chain in America is ignoring consumer opinion at its own risk: McDonald’s is falling behind.

McDonald’s has also refused to work with the Humane Society of the United States and the Humane League to enact common-sense welfare reform, even as protests by animal protection groups have spread across the country.

Chickens in McDonald’s supply chains are kept in complete darkness, extremely confined spaces, and are genetically engineered to grow so quickly that they often collapse from disease. While claiming a transparently weak victory, McDonald’s has admitted that they will not give chickens light more light for another six years, and that the move will only affect 70 percent of its supply chain.

As news of this treatment has spread under the phrase “I’m Not Lovin It,” even among audiences who fiercely avoid knowing where their food comes from, it is no surprise that animal protection groups are gaining steam.

And with global leaders like Germany’s Environmental Minister Barbara Hendricks banning meat at official functions and the United Nations officials calling for sustainability taxes on meat, investors should wonder whether meat-heavy companies like McDonald’s are pursuing a profitable long-term strategy. Meat taxes, in particular, are more popular than once thought, and evidence is mounting that the dynamic effects of the tax would save millions of lives, according to peer-reviewed research by Oxford University food scholars.

It’s clear that global and domestic opinion is shifting rapidly. Investors who willing to put jest aside to consider the long-term outlook of McDonald’s strategy won’t like what they will find. The corporation should be scrambling for reform while it still can.