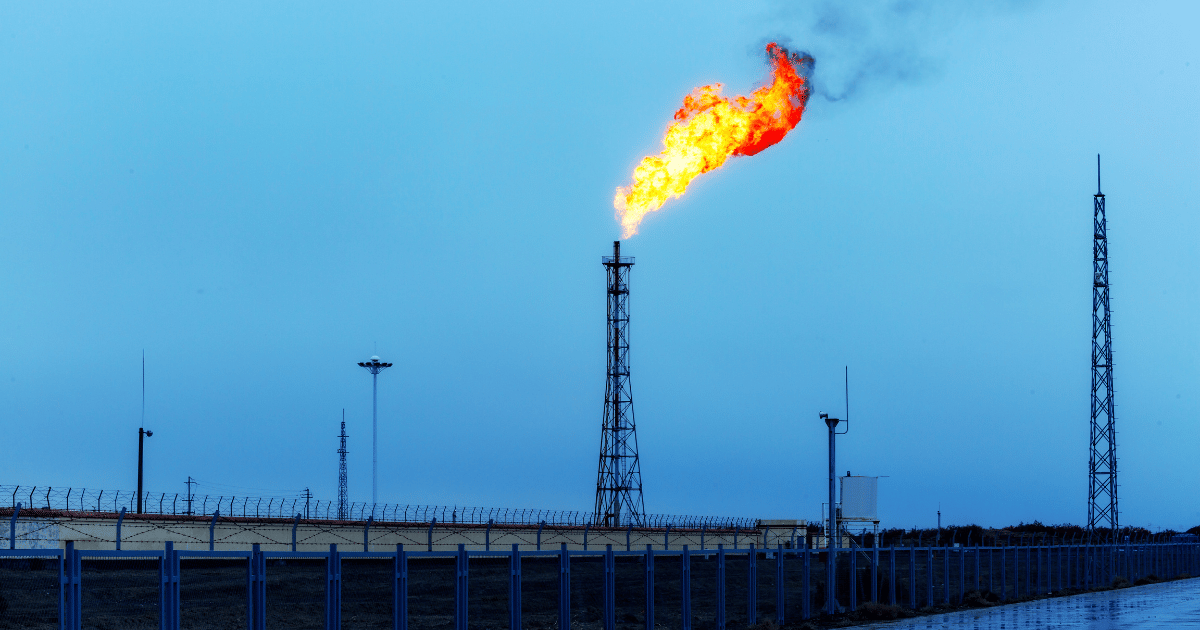 Methane is one of the most significant pollutants in the planet’s atmosphere, second only to carbon in abundance. While it doesn’t last as long as carbon dioxide, it’s anywhere from 25 to 80 times more powerful, depending on the scale of measurement. As a result, climate scientists say reducing global methane emissions is an essential component of climate action that can have a powerful short-term impact.

Methane, or CH4 is a hydrocarbon that is highly efficient at trapping heat that’s released into the atmosphere from both natural and human sources. It’s also the second most abundant greenhouse gas after carbon dioxide, according to the EPA.

Natural sources of methane include wetlands, termites and other biological processes. Human activities that contribute to methane emissions include livestock and rice production, landfills and the burning of fossil fuels.

Is Methane a Pollutant?

Yes. Although short-lived, breaking down over the course of decades rather than centuries,  methane is a potent greenhouse gas and a major contributor to climate change. Methane both traps heat in the atmosphere itself, and leaves carbon dioxide behind as it breaks down through oxidization, which further contributes to global warming.

Is Methane a Primary or Secondary Pollutant?

How Is Methane Emitted?

Methane is emitted from industrial processes, natural gas and oil systems and livestock, especially ruminant animals like cows that belch methane when they digest food in their rumens, or stomach chambers. Landfills, dairy and hog manure and rice production are also significant sources of methane emissions.

Where Does Methane Pollution Come From?

Agriculture is responsible for nearly 40 percent of methane emissions, with animal agriculture the biggest emitter. One cow can release “between 154 to 264 pounds of methane gas per year,” according to the EPA. Cows, sheep and goats belch a lot of methane, because they are ruminant animals that digest food in multi-chambered stomachs. They’re able to digest all sorts of foods inedible to humans, but the downside is they belch methane as they digest. Livestock manure is also a source of methane emissions, typically from factory farm waste slurries and lagoons. Burning dung for household purposes also releases methane and black carbon.

About 35 percent of human-caused methane emissions are from fossil fuels. A significant quantity of methane is released via producing and transporting coal, oil and natural gas. Of these emissions, 23 percent result from oil and gas production, extraction and processing, and 12 percent from coal mining.

About 20 percent of methane emissions come from landfills and poor waste management. When waste breaks down in landfills, it produces gas that contains methane and carbon dioxide.

How To Detect Methane Emissions

Researchers use enclosure or chamber techniques to measure methane emissions released from landfills and other waste, as well as cows. A Methane Alert and Response System was recently launched at UNFCCC’s 27th Conference of Parties (COP) and will use a satellite-based system to detect and tackle methane emissions globally.

Recent studies also show that the current models used to measure methane emissions in the animal agriculture sector may need a revamp to more accurately analyze methane emissions, which could be higher than predicted.

How Much Methane Is in the Atmosphere?

According to 2021 estimates, methane averaged 1895.7 parts per billion in the atmosphere. At first glance this number does not seem that big — about 0.0001895 percent — but these small concentrations are big increases from what came before and can have significant effects.

From pre-industrial times, Earth’s atmosphere has seen a jump of 162 percent in global methane emissions in the atmosphere. Moreover, emissions during 2021 were 15 percent larger than the average recorded between 1984 and 2006.

How Long Does Methane Stay in the Atmosphere?

Methane only stays in the atmosphere for about 12 years on average. However, its potent heat-trapping effects are more significant in the short term.

How Does Methane Cause Pollution?

One way methane causes pollution is by contributing to smog formation. Smog comprises air pollution, including ozone, nitrogen oxides and volatile organic compounds (VOCs). Methane reacts in sunlight with nitrogen oxides and other pollutants to form ground-level ozone, which can cause respiratory problems, damage crops and other vegetation and even contribute to premature death.

Another way methane contributes to pollution is through its role in climate change. Methane traps heat in the atmosphere more effectively than carbon dioxide. But this is not a question of which gas is worse; methane and carbon dioxide contribute to climate change in different ways. Methane acts quickly and powerfully — it traps a lot of heat over a short span of time. While methane is continuously being replaced in the atmosphere as it breaks down, carbon dioxide levels gradually increase, locking in warming effects for the long-term future.

How Bad Is Methane for the Environment?

The global temperature is already at least 1.1 degrees warmer than pre-industrial times, and climate scientists have warned about devastating consequences should it reach the 1.5-degree Celsius mark. This will include a dangerous rise in sea level, more abrupt weather patterns, increased frequency of floods and droughts, and changes to food crop patterns resulting in global hunger. In this context, human activities that play a prominent role in methane emissions are extremely bad for the environment.

What Problems Does Methane Cause?

Methane is responsible for up to 30 percent of Earth’s warming. In the U.S. alone, oil and gas companies release 13 million metric tonnes of methane into the atmosphere annually.

Methane has other impacts too. Because of its global warming potential, the heat trapped by methane has propelled the melting of arctic ice. When this ice melts, it releases methane gas from reservoirs that were previously sealed by the ice. This, in turn, will raise methane emissions even more.

What Are the Health Effects of Methane Emissions?

The production of ground-level ozone due to methane causes about 1 million premature deaths every year. Policymakers usually ignore methane’s impact on air pollution, because it is not a direct pollutant. However, recent climate models have suggested that methane contributes 35 percent of the tropospheric ozone burden.

Adverse effects of methane-induced ozone pollution on human health include asthma, reduced lung function and chronic obstructive pulmonary disease. As the role of other contributors to ozone is decreasing due to better regulations, methane’s role in adverse health effects will continue to rise unless we take action.

The U.N.’s Global Methane Assessment estimates that for every million metric tons of methane emissions reduced, the world can prevent the following:

How Can We Reduce Methane Emissions?

Methane emissions from global food production alone could use up the world’s budget for limiting warming to 1.5 degrees or even 2 degrees of temperature rise.

One fundamental solution starts with the food we consume — shifting to plant-based diets and reducing food waste. By turning to plant-based diets, we actively eliminate livestock farming, the single most significant source of methane emissions in agriculture. By reducing our food waste, we save the time, energy and resources invested in producing food, as well as the potential methane it could release in landfills.

Conversations around food emissions usually take a back seat to fossil fuels. Yet we should consider both our direct fuel consumption and our diets and use of food systems if we want to reduce our personal contributions to climate change. The International Monetary Fund’s staff climate notes highlight that shifts to renewable energy sources and plant-based diets are needed to reduce methane emissions.

If we raise fewer animals for food and other products, we can also significantly reduce the emissions of other greenhouse gases like nitrous oxide.

As one of the primary stakeholders in the food system, farmers have a role to play in reducing methane emissions.

For animal farmers, industry-side solutions include giving livestock feed additives that might reduce their methane emissions, but researchers have pointed out that feed additives have limited efficacy and will be difficult to scale. Some livestock farmers are transitioning to growing crops and alternative proteins, which could be a powerful tool for reducing meat consumption.

Given how immediate and rapid the effect of methane is in trapping heat and propelling climate change, reducing methane emissions are an urgently needed form of climate action.

The concentration of methane gas in the atmosphere is increasing at an unprecedented rate. This means that cutting methane emissions is necessary to rapidly reduce climate change and its devastating effects on the planet.

How Much Methane Can We Really Cut?

What Is the United Nations Doing To Help Limit Methane Emissions?

The United Nations is spearheading conversations about methane-induced climate change and proposing emissions limits for nations to slow down the rise in global temperatures.

For example, climate scientists and activists have hailed the Global Methane Pledge as an essential first step by the United Nations to address the critical rise in methane emissions and its impact on climate change. However, in most of these initiatives, agriculture has taken a back seat.

More initiatives are needed to propel countries toward adopting farmer-friendly and planet-friendly policies that focus on plant-based diets and lifestyles.