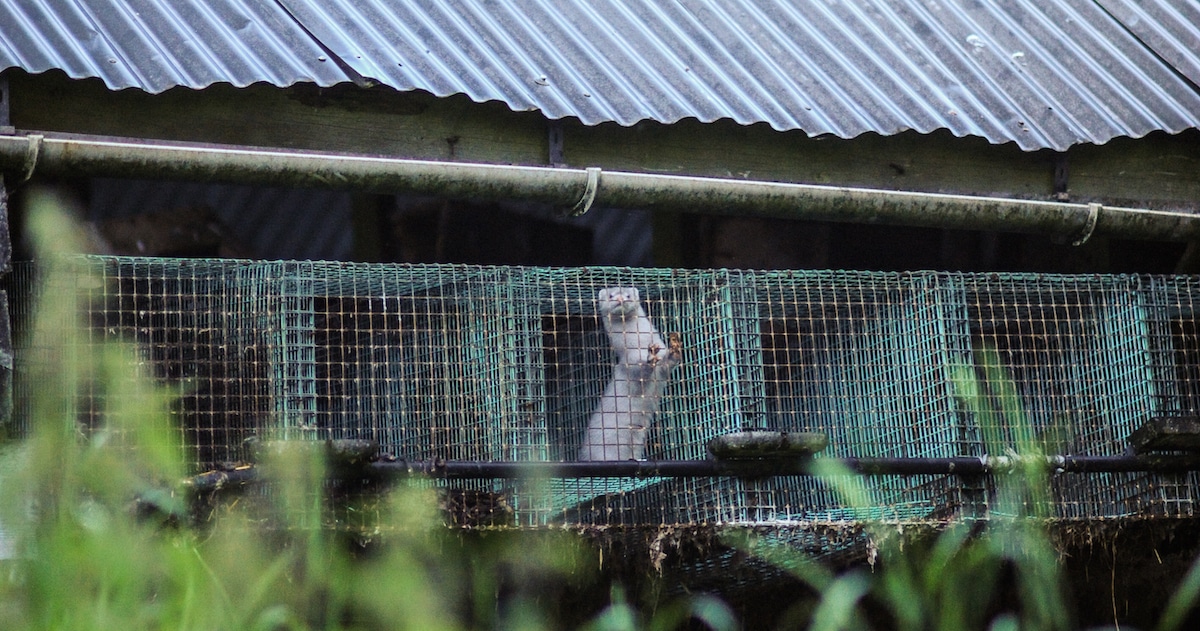 At the beginning of November, Denmark’s health authority State Serum Institute (SSI) raised the alarm over a mink-related mutation of coronavirus that could threaten the effectiveness of newly developed vaccines. To stop the strain’s spread, Denmark’s Premier Minister Mette Frederiksen ordered the nation’s entire mink population to be culled. Danish Members of Parliament have since refused to legalize the cull, while representatives from the mink farming industry still expect the industry’s imminent end.

Following SSI’s warning, the Danish government placed seven areas of North Jutland where the fur industry is concentrated under lockdown. The region shut down public transport and public venues while preparing to mass test more than 280,000 residents. Following the reported outbreak, Norway introduced a ten-day quarantine for all travelers from Denmark, and the United Kingdom banned travelers from entering the country via Denmark entirely.

Around the world, minks have become reservoirs of the virus after first catching the zoonotic disease from humans. Six countries—Denmark, Italy, Spain, the Netherlands, Sweden, and the United States—have reported COVID-19 infections on mink farms. Since April, minks on at least 68 Dutch and 220 Danish fur farms have tested positive for COVID-19, and millions of infected mink have been culled since the onset of the pandemic. However, the infection route can also go the reverse way, when minks infect humans with potentially altered strains of the virus.

According to the World Health Organization (WHO), health officials have identified 214 human cases of mink-related SARS-CoV-2 variants in Denmark since June 2020, including a strain referred to as “Cluster 5.” Unlike other variants, Cluster 5 carries a combination of mutations scientists have not observed before. In North Denmark, SSI detected 12 cases of humans infected with the Cluster 5 variant—eight of whom had links to the local fur industry. After reviewing SSI’s data, the WHO called for further study and urged governments to enhance surveillance of COVID-19 in places where humans interact with animals who are susceptible to infection.

Denmark is the world’s largest mink fur producer, with 12 to 13 million mink skinned annually on around 1000 Danish farms. In 2019, Denmark recorded 2.49 million female breeding minks. The entire population is estimated to include up to 17 million minks. In their natural habitats, mink are solitary, semi-aquatic animals who roam territories as large as 741 acres. But on European mink farms, minks are kept in 35x11x17-inch battery cages made of mesh wire, often in unsanitary conditions, unable to avoid social contact or perform their natural behaviors. Depriving minks of water to swim is known to cause them roughly the same level of stress as food deprivation, and frustration regularly drives minks to self-injure or attack other minks.

The method of killing minks before skinning is the same as the Danish Veterinary and Food Administration uses to cull minks. Minks are placed into killing boxes and gassed with carbon dioxide. Due to their semi-aquatic nature, minks can hold their breath over long periods and sometimes survive gassing. On November 9, Danish animal advocacy group, Dyrenes Beskyttelse, filed a complaint after the emergence of a video depicting an ongoing cull on a mink farm in North Jutland. The video shows a surviving mink stuck between dead minks trying to wriggle free as workers try to squeeze the lid of the killing box shut. The company responsible for collecting and burning the culled minks, Daka Denmark A/S, also reported instances of live minks sent to incineration plants.

The government’s hasty decision to cull healthy minks in all regions of Denmark has been dubbed “minkgate” and come under scrutiny for lacking a legal basis. Members of opposition parties accused Frederiksen of unlawfully depriving mink farmers of their livelihood without considering alternatives. The Danish PM has since apologized for the breach of the law but stood by her decision and mentioned plans to assist former mink farmers transition to new careers.

Denmark’s mink fur industry has been on the decline for years. A government report shows that mink farms had 4,000 full-time employees and an average profit of 3.3 million kroner (360,881 USD) in 2013, compared to only 2,600 full-time employees and an average deficit of 0.7 million kroner (76,550 USD) in 2019. According to Fur Free Alliance, an international coalition of animal protection groups, most EU citizens find it unacceptable to farm animals for their fur, including 55 percent of Danes.

The mink-related coronavirus mutation in Denmark is another example of how animals farming risks pandemics by facilitating the emergence of zoonotic pathogens. Pathogens like COVID-19 spread quickly on farms, with thousands of susceptible animals kept in crowded and unsanitary conditions. “Mink are very easily infected by the coronavirus, and once it’s there, [the virus] spreads at the speed of light,” said Kaare Molbak, Denmark’s top epidemiologist, asserting that the industry “represents far too high a national health risk.”

A team of scientists led by the Universities of Bath and Sheffield further identified the overuse of antibiotics overuse and low genetic diversity common in intensive farming as significant risk factors. The study classifies modern animal farming as an ideal environment for pathogens to thrive and spread globally through trade networks.

According to a report by the Intergovernmental Science-Policy Platform on Biodiversity and Ecosystem Services (IPBES), humanity has entered into an era of pandemics due to ecological destruction and unsustainable consumption. The report calls for “a seismic shift in approach from reaction to prevention” and estimates that the cost of reducing risks to prevent epidemics is a hundred times less than the cost of reacting to ongoing pandemics.

Scientific warnings like Molbak’s and IPBES’ report might have been what Mette Frederiksen had in mind when she declared that her government had to take more considerations into account than the Danish mink fur industry’s interests. The cull continued and on November 10, a week after the nationwide order, Tage Pedersen, head of the Danish mink breeders’ association, estimated that more than two-thirds of the country’s mink had been killed.