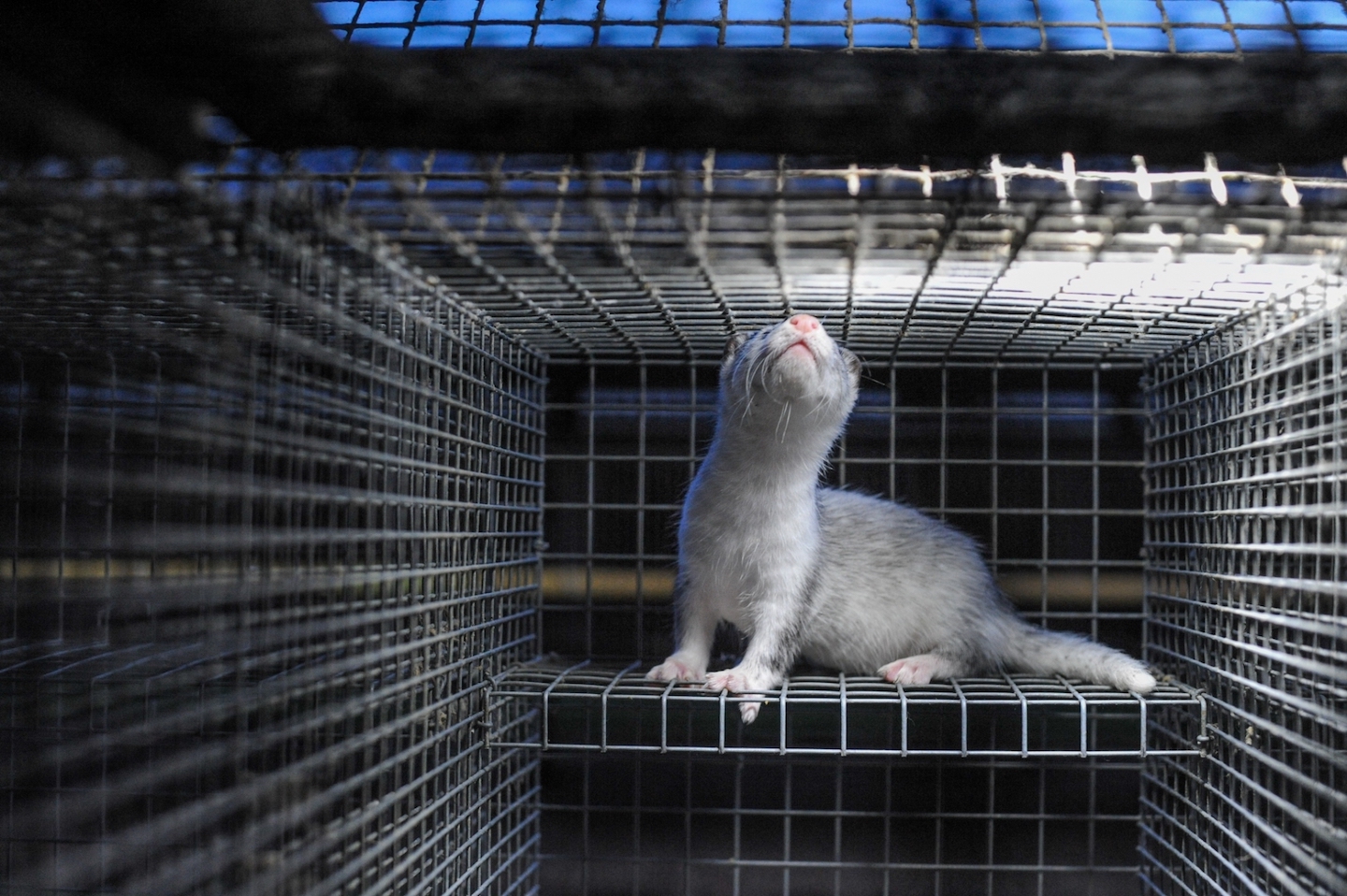 On August 27, 2020, the Dutch national news service NOS announced an early end to all mink farming in the Netherlands. In response to burgeoning coronavirus cases originating on the farms, the Dutch government agreed to accelerate the permanent ban of mink farms, initially scheduled for 2024, to March 2021.

The Netherlands is the world’s fourth-largest producer of mink fur, behind only Denmark, Poland, and China. The decision has the potential to save up to 13.5 million mink from slaughter.

According to Humane Society International, an estimated 2 million mink have already been preventatively culled following the outbreak of coronavirus on 41 fur farms since April.

At least two farmworkers are “extremely likely” to have contracted the coronavirus from mink, which makes this the first case of humans passing the virus to animals who then transmitted it back to humans. The mink could have potentially contracted the virus from farmworkers through dust particles in the barn where the mink are kept, according to researchers.

At the beginning of June, authorities in the Netherlands began gassing tens of thousands of mink, including pups, as COVID-19 permeated Dutch mink farms. According to Science Magazine, the mink outbreaks are “spillover” from the human pandemic—a zoonosis in reverse that has given scientists in the Netherlands an opportunity to study the transmission between species.

The virus is also infecting farmworkers in the U.S. According to data collected by the Food & Environment Reporting Network, as of August 21, at least 772 meatpacking and food processing plants and 100 farms and production facilities have confirmed coronavirus cases. To date, some 56,510 meatpacking, food processing, and workers have tested positive for COVID-19, and 241 have died.

Earlier this month, the United States Department of Agriculture (USDA) said that mink at two farms in Utah tested positive for the novel coronavirus, the first such confirmed cases in the animal in the country.

“Meat processing is labor-intensive and employs a large number of people,” Federation of the Dutch Trade Union Movement spokesman John Klijn told Nieuwsuur, “and the sector is extra vulnerable because 80 percent of the workforce are migrant workers who live together and travel to work in small buses. If you then spend the day in a place where social distancing is not possible, then you are asking for problems.”

Keeping animals in confined spaces also appears to accelerate the spread of COVID-19. “The animals are in cages with wire tops and closed walls between them,” veterinarian Wim Van der Poel told NPR. “So it probably spread through droplet or aerosol transmission, from the top of one cage to another, when an animal is coughing or heavily breathing.”

In June of 2020, the Dutch government voted to permanently close mink fur farms that were shut down due to COVID-19 outbreaks among workers and animals. A nationwide ban was proposed in 2013 with a target of a total ban by 2024, but rapid coronavirus outbreaks have expedited the process with a new termination goal of early next year.

As part of June’s voting, Dutch MPs passed a motion to not allow restocking of the 17 fur farms that had already culled their mink due to coronavirus. A ban on the commercial breeding of animals known to be susceptible to coronavirus was also passed to prevent reservoirs of the virus from forming, which includes mink farms. Additionally, officials passed a motion asking the government to compensate mink farmers as an incentive to close their farms early, ideally by the end of 2020.

Following yesterday’s ruling, by March 2021, all remaining mink operations will be bought out by the government. Mink on unaffected farms will be slaughtered for their pelts in November this year, but breeders are not permitted to restock, meaning many of these fur farms will close forever.

“This signals the end of suffering for millions of animals confined to small wire cages on fur farms in the Netherlands. We commend the government on its decision to end this incredibly cruel and completely unnecessary industry and protect citizens. With 41 fur farms and an estimated 2 million mink now having been infected, the risk of keeping these virus reservoirs operating is far too great,” Dr. Joanna Swabe, senior director of public affairs for Humane Society International/Europe, states from Amsterdam.

“There has never been a more compelling time for the Netherlands to shut down this industry for good,” she said.

The Fur Industry Is Getting Desperate and It Shows

NYC Fur Ban: The Beginning of the End for Fur Industry