Since the pandemic began, sales of chickens to homeowners have been dramatically increasing. But is raising backyard chickens really any more ethical than supporting factory farming?

Since the pandemic began, sales of chickens to homeowners have been dramatically increasing. But is raising backyard chickens really any more ethical than supporting factory farming?

Toilet paper, disinfectant wipes, hand sanitizer, and…live chickens? Although one of these is not like the others, panic-buying related to COVID-19 is inspiring consumers to purchase living, squawking chickens in record numbers.

Unease about food security is leading more people to begin raising backyard chickens. Food stockpiling trends and supply chain disruptions on farms and in food production plants, coupled with a widespread desire to avoid grocery stores, are helping to drive the recent increase in backyard chicken purchases. Simultaneously, stay-at-home policies are allowing many people more time to act as caretakers, teach children about animals, and work on large projects, such as building chicken coops. Google searches for the term “live chickens” recently spiked to the highest point in five years. The Milwaukee Journal Sentinel and NPR report that, since the pandemic began, chicken hatcheries across the United States are seeing dramatic increases in chick sales to individuals. “We’ve never seen anything like this [increase] and I’ve been here since 1964,” asserts Nancy Smith, owner of a Montana hatchery.

Although backyard chickens are sometimes also regarded as animal companions, most owners are primarily interested in the edible resources that they can provide. Unlike typical “pets,” chickens are generally classified as “livestock” and are marketed as such by the hatcheries that breed them. Chickens are categorized as either strictly “egg-laying” or “dual-purpose”—meaning that they frequently lay eggs and can later be slaughtered for meat. Both egg-laying and dual-purpose hens are biologically altered to enhance the specific traits that are most desirable to humans.

Many caretakers of backyard chickens raise the birds explicitly to be killed and eaten. John Monaco, President of the American Poultry Association, tells NPR that raising backyard chickens for meat has been a continually growing trend for the last five to 10 years. Hatchery owner Kendall Fox adds that the “Freedom Ranger,” a “slower-growing colored broiler,” is his hatchery’s most popular “meat bird” breed. Chickens used for their meat are selectively bred to gain weight at an unnaturally rapid rate. They are typically killed upon reaching weights of five to seven pounds—which is considered full size—at just six to eight weeks old. These birds are slaughtered just before they become too large to sustain their own bodies and die “naturally” of heart failure. Whether reared in factory farm environments or backyards, chickens raised for their flesh are subject to the same early and grisly end.

Other chicken owners only want to ensure their continued access to fresh eggs. But even keeping chickens just for their eggs can be problematic or ethically questionable, as the complexities of modern-day chickens’ biology are widely oversimplified in order to justify humans’ consumption of their eggs. Egg-laying chickens, whether raised in backyard coops or confined to factory farms, are the product of generations of selective breeding designed to maximize egg-laying frequency. The wild red jungle fowl hen, the original species from which modern egg-laying hens were domesticated, normally lays 10 to 15 eggs per year, solely for reproductive purposes. By comparison, modern domesticated hens are bred to produce more than 300 eggs annually.

Regardless of the environment in which they are raised, chickens exploited for their eggs almost always die prematurely. The most common cause of death for backyard hens are rarely-diagnosed but extremely common reproductive diseases, which are made likely by the birds’ shared, altered biology with industrially-farmed hens coupled with their decreased likelihood of early slaughter. Although humans view egg-laying as hens’ singular purpose, it is only one facet of any hen’s life. Hens don’t start laying eggs until about six months of age, and begin laying fewer eggs after two years; they stop altogether after five to six years, at which point many owners of backyard hens consider their continued existence to be a moral dilemma. Some owners do not hesitate to cull the unproductive members of their flocks, while others simply abandon their hens once they stop laying eggs. Ideally, chicken flocks should consist of one rooster for every ten hens, yet chicks are born at a roughly 50:50 male-to-female ratio. Chicken owners who cannot ensure that the male chicks hatched under their care find truly safe homes—which are rare, as breeding chickens for egg-laying results in an excess of unwanted roosters—may resort to killing them or deliberately leaving them vulnerable to predation. Backyard chickens, for a variety of reasons, are often destined for the “killing cone” or some other form of slaughter.

Raising backyard chickens, at best, bypasses the industrial egg and poultry industries. Factory farms produce eggs and fatten chickens under highly efficient, artificial conditions that are abusive and fatal to the chickens. During the breeding process, which occurs at industrial hatcheries, hens’ fertilized eggs are prematurely taken from them to be hatched in incubators. Male chicks of egg-laying varieties are immediately killed, commonly by asphyxiation or maceration in a grinder, while female chicks are raised to become laying hens. Hens are typically stuffed together into small wire “battery cages” that give each hen less space than a standard sheet of paper. Hens who no longer profitably lay enough eggs are either gassed to death and discarded in landfills or rendered into commercial pet food or industrial ingredients. Chickens destined to be eaten suffer from organ failures and deformities that result from being forced to grow to disproportionate sizes; with very limited space, their bones are often broken by being crushed among their peers. Factory-farmed chickens of all breeds spend their whole lives in filthy conditions, greatly increasing their risks of infection and disease. The U.S. poultry industry every year exploits more than 300 million hens for their eggs and kills 9 billion chickens for their flesh.

Some backyard chicken owners argue that the birds, when cared for properly, can be ethically sourced and kept. Prospective chicken owners who wish to avoid purchasing from hatcheries may choose to rescue unwanted chickens. Some chicken owners are even people who otherwise abstain, for ethical reasons, from consuming animal products; these “veggans” make dietary exceptions for eggs produced by hens who are bred at home, adopted, or rescued—and never slaughtered. Veggans reason that backyard hens, unlike their counterparts in factory farms, are able to engage in normal chicken behaviors such as socializing with fellow chickens, dust bathing, brooding, and raising their own chicks. Veggan chicken owners typically strive to provide loving homes for the chickens whose eggs they consume, believing that the chickens’ production of eggs—under the right conditions—does not directly harm them.

Vegans, who do not consume eggs under any circumstances, may still choose to provide homes for chickens. Because hens have been bred over generations to overproduce eggs, to a degree that heavily taxes their bodies, vegan chicken owners focus on reducing the birds’ reproductive imbalances, rather than further exacerbating these imbalances by taking and consuming their hens’ eggs. Vegan chicken owners can improve their hens’ quality of life and alleviate their human-caused biological disadvantages by a few different methods. A hormonal implant can address reproductive complications by shutting down a hen’s ovulation for a few months at a time; caregivers may also feed hens’ own eggs back to them to replenish lost nutrients. (Constantly removing hens’ eggs from them triggers further overproduction and is an underlying cause of calcium deficiencies and reproductive disorders.) Caring for chickens in this way, over generations, would allow the birds’ ovulation frequency to return to their ancestral “norm” of no more than 15 eggs per year—healthier for chickens but incompatible with humans continuing to eat their eggs.

Chickens are sentient creatures, which necessitates that caretakers accurately understand and meet the birds’ needs. Backyard chicken owners must provide proper enclosures, food, and enrichment opportunities to maximize the chickens’ quality of life. Domesticated chickens require predator-proof, water-resistant, and well-ventilated chicken coops that include nesting boxes and roosts; chickens also need access to well-kept outdoor areas in which to roam with at least one other chicken. Like any companion animal, chickens have specific physical and emotional needs that require long-term commitments from their owners. Backyard hens who are not slaughtered can live for up to 20 years. The decision to raise chickens is not one that should be taken lightly.

The rearing of backyard chickens can provide the birds with greatly improved living conditions and avoids supporting factory farms. Slaughtering backyard birds for their meat is scarcely more humane than killing them in slaughterhouses, while keeping hens for their eggs is a controversial practice with its own ethical quandaries. Treating any animal as “livestock” rather than as an individual, sentient creature is speciesist at best and blatantly exploitative at worst. Pandemic-related purchases of these birds must be carefully considered and combined with proper planning for their long-term care. Hens and roosters need and deserve owners who love them unconditionally, rather than only valuing them for the protein that they provide. 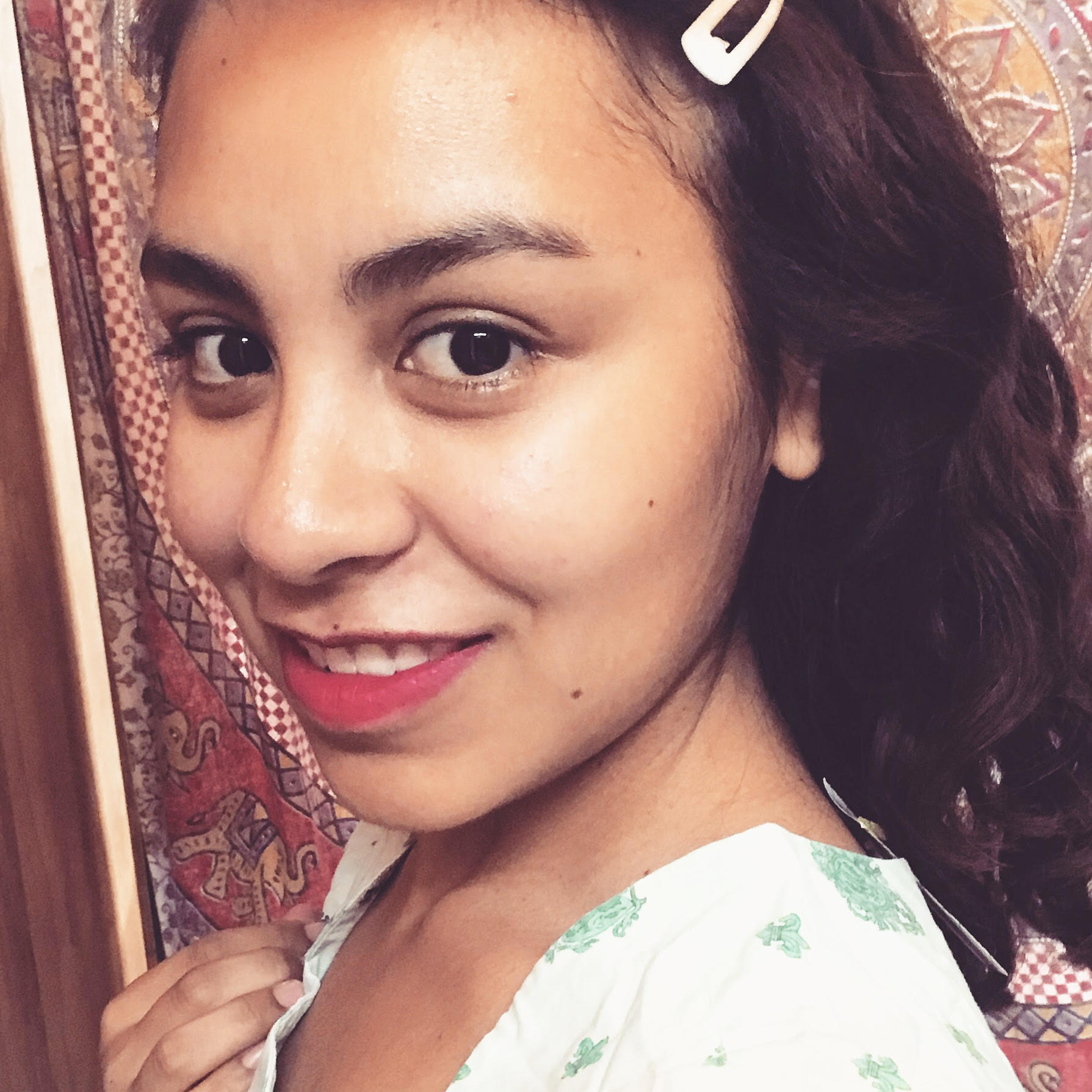