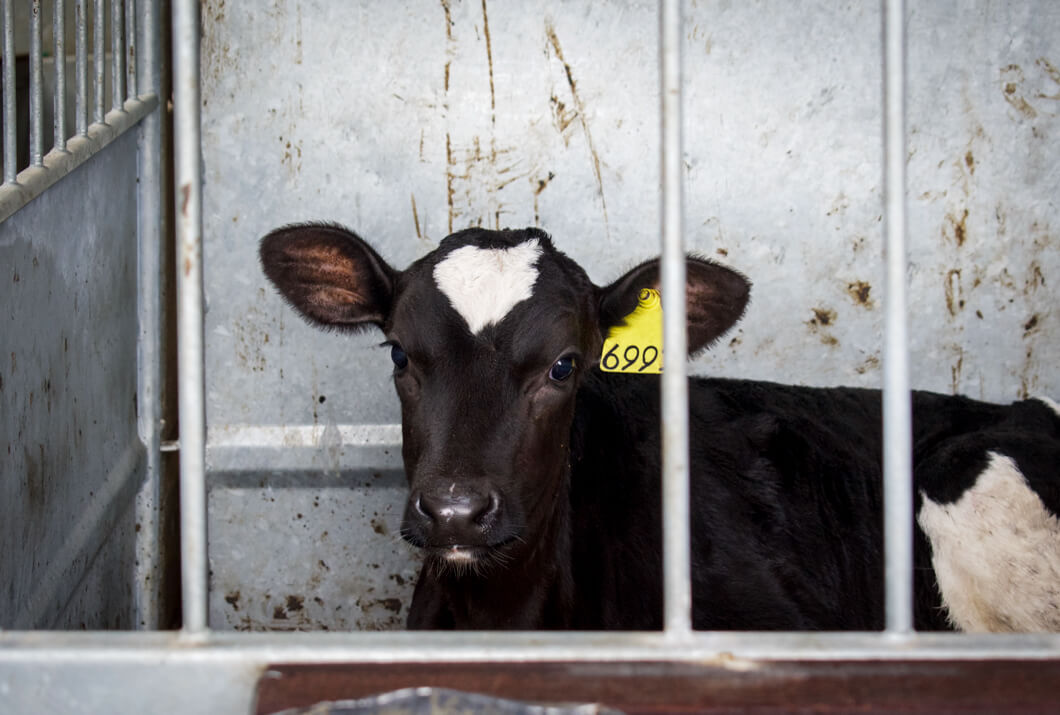 Since 2018, Amy Jones and Paul Healey have stepped inside some of the most horrific animal farms around the world. Their ongoing project, Moving Animals, focuses on the animal agriculture industry through their work as documentary photographers, videographers, and activists. Their work has been featured on the Independent, UNILAD, and Daily Mail. Last week, the Guardian released footage from one of their investigations into a pig slaughterhouse in Cambodia, where over 600 pigs are killed every night.

Sentient Media spoke with the photographers about their latest investigation, how their approach to photography is changing, and why it’s so important to document animal suffering.

Moving Animals: Before starting Moving Animals, we both worked for PETA UK, where we saw first-hand the impact footage and photographs can have when it comes to advocating for animals. We decided to launch Moving Animals as a way to add another voice to this vital form of advocacy.

Taking part in The Save Movement vigils also encouraged us to seek out other ways to raise awareness. Witnessing animals arrive at a slaughterhouse is haunting—all you can do is watch as the truck drives them through the doors to where their lives are going to end. There’s nothing you can do to save them, in fact, the law actively prevents you from doing so.

The best way, we believe, to help fight against this injustice, is to sway public opinion, and so we work hard to ensure that our visual content is covered in some of the most engaged-with and far-reaching platforms. We hope that every view our content receives allows others to look through a different lens: one which views animals as individuals, not “commodities” or “property”.

SM: How do the “big ideas” around animal suffering—like helplessness, prejudice, and injustice—feed into the rest of your life and work?

MA: Every week we meet animals who are suffering at the hands of humans, and we briefly experience a kind of “connection” with the animal we’re documenting; it might be the moment a caged chicken angles her head to get a good look at you, or it might be a calf moving towards you to try to lick the camera lens. It’s these moments that always feel so personal and memorable because we see their individual personalities.

Witnessing this much suffering on a frequent basis can be incredibly draining. But all we can do is try to focus on what good the visuals can do—we can’t stop those individual animals from being killed or exploited, but we can try and change people’s attitudes and mindsets, in the hope that one day animals aren’t used as commodities.

SM: How has your approach to photography changed since starting Moving Animals?

MA: Initially, we just intended to document what we came across on our travels, like animals forced to work in sweltering conditions, or the plight of injured street dogs, but it quickly turned into something much more. From seeking out slaughterhouses and documenting undercover, to visiting fish markets in the middle of the night, the project has taken over our travels—we now travel for Moving Animals, and so the project has since expanded and flourished in so many ways.

We’re particularly drawn to documenting the animals used in the food industry, particularly as their suffering is intentionally hidden from view. By showing people what really goes on behind closed doors, we hope that little-by-little this oppressive system will begin to break down.

SM: What are you working on right now?

MA: We’ve just released an investigation with The Guardian into a pig slaughterhouse in Cambodia, where over 600 pigs are killed every night. Workers operate in pairs: one worker uses a metal rod to pummel the pig’s head, before the other slits the pig’s throat. Witnessing such brutality towards these animals has undoubtedly taken something from us that we can never get back, but it has also strengthened our resolve to keep documenting, and telling the stories that need to come to light.

During our investigation, we were also struck by the emotional violence inflicted on the slaughterhouse workers—our footage showed one worker repeatedly look away as his colleague slit the animals’ throats. Tellingly, the worker who slits the pigs’ throats is paid more than the others.

The walls of the slaughterhouse are also formed by apartment buildings, and so for many of the families living there (and their young children), their only window directly overlooks the killing floor. The proximity was shocking: these crowded apartment rooms are filled with the stench of animal feces, and the residents’ sleep is punctuated by the screams of dying animals throughout the night.

There’s a reason that the animal agriculture industry actively fights to keep its practices hidden: what animals and people are forced to experience in a slaughterhouse is fundamentally vicious. And so we try to use our camera to fight back and expose the violence.

MA: Absolutely. We’ve met so many activists and vegans, ourselves included, that have particular images or footage that they’ve seen on the internet and said, “That’s it. I’m not eating meat anymore,” or “I’m not going to wear leather anymore.”

During our time in India, we visited several “leather towns,” which produce a large percentage of the world’s leather. We were able to visit and tour three of these processing farms, but their no camera-rules meant that we couldn’t document anything.

What we witnessed there was terrible, for both humans and animals: in two out of the three leather factories, we saw clear abuses of human rights—workers had no protection for their hands or lungs as they worked with dangerous tanning-chemicals for hours on end. And thousands of animal skins were stacked around the factories—some still containing the partly severed heads of donkeys, cows, and other animals.

The images are still branded into our own minds, but we are unable to show what we saw to others. With awareness of animal rights increasing (which is incredible), there can be increased scrutiny on those attempting to document such practices.

And yet we believe it’s so important to keep trying because visual media is a vital tool for conveying the experiences of non-human animals. The chicken waiting to be slaughtered may not be able to tell us that she values her own life, but a photograph can show her fear and her fight to avoid the blade. Photos and visual media helps to bridge this gap between the animals forced to stay silent behind closed doors and the consumer who is unaware of the suffering in every animal product that they consume.