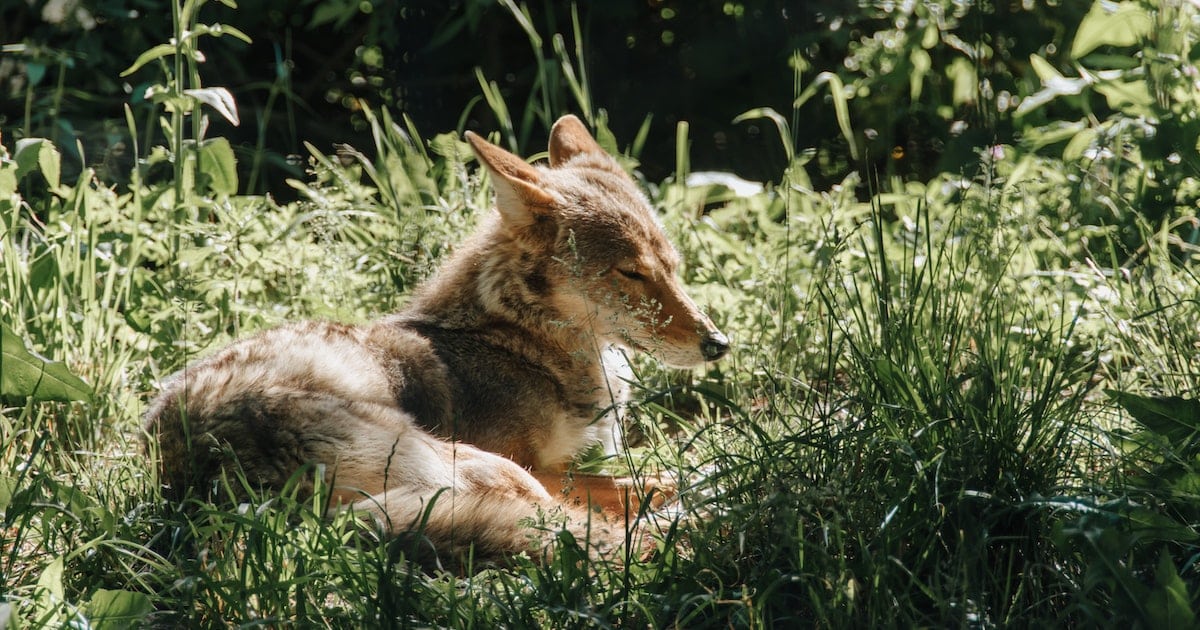 More than 50 state and national organizations have joined forces in a coalition to end wildlife killing contests targeting coyotes, wolves, bobcats, and other species. The coalition was launched by Project Coyote and the Humane Society of the United States (HSUS), which estimates that around 60,000 animals were being killed in contests annually prior to the COVID-19 pandemic.

Currently legal in 40 U.S. states, wildlife killing contests offer prizes “for killing the most, largest, or smallest animals” and claim the lives of thousands of animals each year, says the National Coalition to End Wildlife Killing Contests. The coalition aims to bring what it calls “a barbaric bloodsport” to a halt.

While the ethics and sustainability of hunting are already in question, killing contests push the sport a step further, turning a hunt into a competition with higher stakes and bigger prizes. Animal advocacy organizations are not the only ones who oppose them. Hunters have also spoken out against killing contests, concerned about the damage it may do to the public image of hunting.

Killing as a contest

The Humane Society of the United States (HSUS) estimates that one contest can draw in more than 600 participants. There is usually a fee to enter a contest, which will likely span a weekend and culminate in a count and weighing of the bodies of the animals killed. The organization also notes that contest sponsors are often gun shops or hunting equipment manufacturers, who “frequently donate guns or hunting gear” as prizes.

In April, Rene Ebersole reported that the killing of wildlife in the U.S. “became a game” in “increasingly controversial” competitions that are sparking cries for bans. The most profitable killing contest today is the West Texas Big Bobcat, which takes place three times each year. In January of this year, a team of three hunters won a top prize of over $43,000 for killing a bobcat weighing 32.5 pounds. “For the cat to qualify, the team also had to kill five foxes or coyotes,” reports Ebersole.

HSUS likens these tournaments to dogfighting and cockfighting but emphasizes that while those “blood sports” have been “condemned as barbaric and outlawed in every state,” wildlife killing contests on the other hand appear to be becoming more popular.

Killing competitions irrevocably damage vital ecosystems, with no goal other than maximizing the number or size of animals killed. Scientists even warn that killing contests are not and cannot be effective forms of population control, even if stated otherwise.

“There is no credible evidence that indiscriminate killing of coyotes (the most common targets of killing contests) or other predators effectively serves any genuine interest in managing other species,” reads a Project Coyote joint letter signed by more than 70 scientists.

Targeting the smallest and largest coyotes, for example, means that juvenile and pregnant animals are often killed. Although coyote populations tend to rebound quickly, coalition member Animal Legal Defense Fund (ALDF) writes that when mother coyotes are hunted, “pups are orphaned and packs are disrupted and displaced.”

Some hunters believe killing contests are a stain on hunting’s reputation. Project Coyote calls it “a death of ethics” in hunting, writing that hunters are “being called out by their own” as activities like killing contests and “predator derbies” cause hunting to lose “its appeal and credibility among the overwhelming majority of Americans who do not hunt.” According to a 2016 survey by the U.S. Fish and Wildlife Service, 11.5 million Americans call themselves hunters, representing about three percent of the U.S. population.

Coyotes are the most common target of killing contests. PennLive reports that most of the contests in Pennsylvania are focused on coyotes alone because, as Marcus Schneck puts it, the animals are members of “a hated species among some hunters and farmers because of its overblown reputation as a predator on species such as deer, turkey, rabbit, pheasant, and livestock.”

The federal government has long had its sights set on coyotes as well. Wildlife Services, a division of the USDA, whose self-described mission is to resolve human-wildlife conflicts, reports killing more than 64,000 coyotes in 2021. In what animal advocates have called a “war on wildlife,” the agency targets coyotes and other predators mainly to protect the interests of the ranching industry.

In March of last year, Wildlife Services wrote that among other objectives, it seeks “to reduce or eliminate more than an estimated $232 million in livestock loss due to predation,” adding that coyotes “reportedly kill more than 300,00 head of livestock annually and injure even more.” The agency advises livestock owners to report these losses directly to the agency’s office in their state or district, which is responsible for following up on any possible threats.

In August, HSUS program manager for wildlife protection Katie Stennes reported that according to USDA data, “all carnivores combined—including coyotes, wolves, and cougars—are responsible for less than 0.5 percent of cattle and sheep losses in the U.S.” The predominant mortality risks for livestock, Stennes reports, come from disease, weather, and other factors unrelated to predation.

Despite the many threats they face, coyote populations in many states are thriving. But advocates know they still have a harsh reputation to overcome.

‘A lack of public awareness’

Killing contests often happen unseen by the public, which is surprising since they often result in hundreds of animals killed. Yet, animal advocates say that more awareness is desperately needed if they are to succeed in halting these particularly gruesome tournaments.

“One of our greatest impediments to bringing an end to wildlife killing contests is a lack of public awareness,” Camilla Fox, President and Executive Director of Project Coyote, said last year upon the release of the film “Wildlife Killing Contests.”

Undercover investigations have become an important tool in the effort to increase public awareness of killing contests. In January 2021, a HSUS investigation revealed that 315 coyotes and foxes were killed in a 45-hour Virginia contest. Stickers and license plates at the event bore phrases like “Coyote Hearse” and “Yote H8R.”

Still, Fox sees reason for hope. “We believe that, like cockfighting and dogfighting, which have been banned in the U.S. because of their unconscionable cruelty, we will bring an end to wildlife killing contests,” she says. A majority of the U.S. public already appears to be in favor of a change. A 2022 survey of voters from across the nation found that 80 percent of respondents were opposed to wildlife killing contests.

A wave of bans

Growing opposition to wildlife killing contests is prompting many states to ban the contests completely. In 2014, California became the first state to ban killing contests targeting coyotes, foxes, bobcats, and other species considered to be “furbearers and nongame mammals.”

“This ruling sets a trend for the nation,” said Fox. A series of other bans on killing contests quickly followed. To date, a total of eight U.S. states have bans or restrictions in place, and in April, a new bill was introduced, opening the door for a possible nationwide ban.

The Prohibit Wildlife Killing Contests Act of 2022, which would ban the contests on public lands within one year of passing, was introduced by Congressman Steve Cohen (D-TN) and 15 cosponsors, with the endorsement of Project Coyote and many other organizations.

“Congress should pass this legislation quickly so we can finally spare our native animals from these ruthless kill-fests,” said Stephanie Kurose, a senior policy specialist at the Center for Biological Diversity, another of the coalition’s member organizations. “It’s time for us to end the mass slaughter contests of America’s wild carnivores once and for all.”