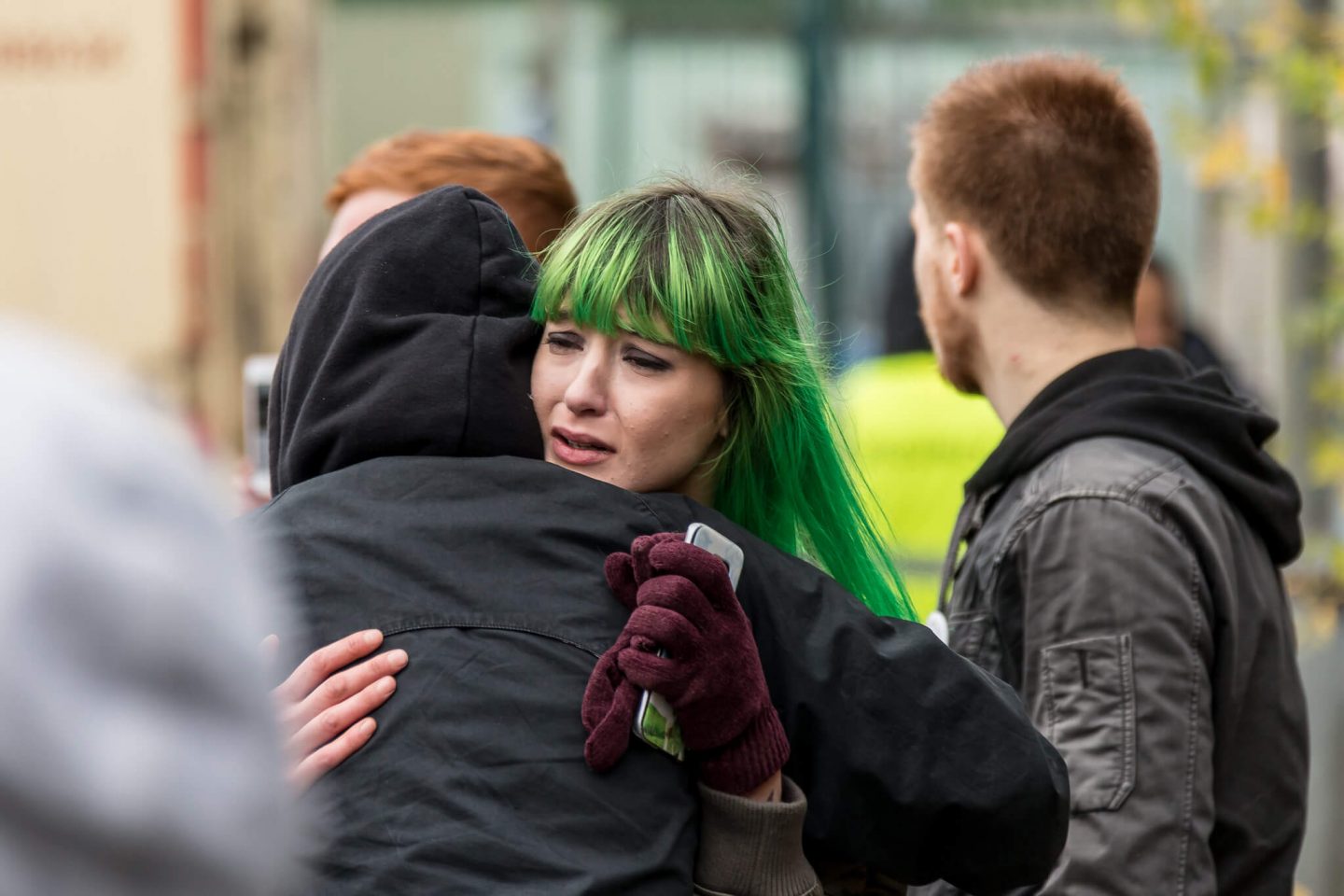 The Ethical Vegan Versus a Plant-Based Diet: What Is the Difference

On Monday, Australian police arrested 40 vegan activists during a peaceful, nonviolent protest in Melbourne. Activists blocked traffic during the city’s busiest hours, part of a wave of action in three states, while others targeted abattoirs in the middle of the night to protest cruelty to animals on factory farms.

Activists also gathered outside slaughterhouses in cities across the country—Corio, Pakenham, Toowoomba, and Bacchus Marsh—holding signs that read, “You are being lied to. Watch Dominion.”

The demonstration marked the one-year anniversary of the release of Dominion, an Australian film documenting the horrific ways in which animals are used and abused by humans for the production of meat, dairy, eggs, and leather. In the 48 hours following the series of coordinated protests, Dominion was viewed 55,000 times.

Prime Minister Scott Morrison called the protests “un-Australian” and declared his unrelenting support of the country’s farmers, who he deems are under attack. “The commonwealth is open to supporting them to show these green-collared criminals that you don’t get to go and pull the rug from under our Aussie farmers,” said Morrison.

“If you watch the footage you will understand why we had to be there,” Delforce told local news outlets. “The simple fact is that what’s happening to an animal on farms and in slaughterhouses is intentionally hidden from consumers, but we believe they have the right to know.”

Millions of Australians are asking for more transparency from livestock farmers. Farmers want to shut them up.

Over the past eight years, AussieFarms, producers of the film Dominion, collected public data on the exact location of factory farms, slaughterhouses, and other animal exploitation facilities across Australia. The comprehensive, interactive map launched in January. The organization hoped the map would force the animal agriculture industry–which prides itself on secrecy–to be more transparent.

AussieFarms sought only to share information already available to the public. “We believe in freedom of information as a powerful tool in the fight against animal abuse and exploitation,” the group states on their website.

Morrison and the farmers that support him have repeatedly condemned the AussieFarms map as an invasion of privacy. “When they are using people’s personal information, details about their homes, it’s not just their farm, it’s their home, it’s where their kids live and grow up,” Morrison told reporters in Tasmania.

Since the protests in Melbourne on Monday, the Morrison and the Australian government proposed a new law aimed specifically at AussieFarms. Under the new law, people who encourage trespassers by posting the location of an agricultural business on the Internet could face up to a year in prison if found guilty, the government said. As the hacker-activist community continues to grow, nearly all social movements start in one corner of the Internet or another. This new law would make direct action–when activists show up at farms they saw on the Internet to demonstrate, in some cases halting operations for as long as they can while rescuing as many animals as they can–unlawful and increasingly unsafe.

In February, a confrontation between Western Australian dairy farmer Jason Parravicini and two Direct Action Everywhere activists at a farm in Harvey got heated. Parravicini approached the activists’ car, demanding that they stop filming his farm. He then left the car window and went inside the house to fetch a shotgun. He fired two rounds in the air that he alleges were meant to scare off any “vermin” that might be threatening his animals.

AussieFarms has already explicitly stated that they do not condone or encourage the use of the map for illegal purposes like trespassing. But when activists stormed farms and abattoirs this week to protest factory farming, Morrison had a protest of his own. “[Farmers] are being targeted in the most mercenary way by an organization that can only think of itself and not think to the real damage that is being done to the livelihoods of these hard-working Australians,” he told Reuters.

Meanwhile, Australian farmers are doing real harm to about farm animals every day. According to Animal Clock, 1.4 billion animals have been killed for food in Australia so far this year–and counting. The animal agriculture industry in Australia, including the beef cattle, dairy, sheep, pig and poultry industries, account for about half ($30 billion) of the gross value of Australian agriculture as a whole. About 70% of this value comes from slaughtered animals, the other 30% from milk, wool, and eggs.

Despite being incriminated by Morrison and the farmers he’s protecting, Delforce said he would rather go to jail than take down the Dominion Movement website.

“They painted all vegans as extremists.”

As tensions continued to build, Morrison began using the phrase “vegan vigilante” to refer to any one of Australia’s 2.1 million vegans who might be so included to speak out against systemic animal cruelty. Generalizations like that are dangerous because what applies to a few people rarely applies to everyone, and novel phrases like “vegan vigilante” often get picked up by the mainstream media, with or without reason.

For Michael Dello-Iacovo, former CEO of Effective Altruism Australia and Ph.D. candidate in space science at the University of New South Wales, veganism is far from an extreme. He approached Monday’s protests the way he approaches science: open-minded, ready to explore, change his mind, admit fault, try something new.

The protests in Melbourne were peaceful and civil. While they were widely criticized, it is of no doubt in my mind that if the same actions were taken to advocate for humans, they would be acceptable to the public.

“I make it a rule to never assume that an action has a positive impact just because it has positive intentions,” said Dello-Iacovo, a member of the Animal Justice Party (AJP) in Australia who is a candidate in the 2019 New South Wales state election held in March for the electorate of Heffron. He says the 55,000 views Dominion tallied in 48 hours after the protests spoke for themselves. Animal rights campaigners across the country joined together to raise awareness about animals suffering on factory farms–and people listened.

“Even this election cycle, I can’t really think of anything outright from mainstream media that was outright negative about [the Animal Justice Party],” he said. The AJP got some great press, actually, running more female candidates than any other party in the New South Wales state elections last month.

But positive coverage is still hard to come by. As Dello-Iacovo put it, the media’s reception of veganism is really mixed. “Recently, one of our major TV channels did a 20-odd minute segment on vegan activism and they just slammed it.”

The coverage wasn’t positive, to say the least. “It was really quite negative,” said Dello-Iacovo. “They painted all vegans as extremists.”

Morrison spun Monday’s coverage of nonviolent protests in Melbourne as an unwarranted attack on factory farms by a group of torch-bearing vegan vigilantes yelling rape, slavery, and bloody murder. “While they were widely criticized, it is of no doubt in my mind that if the same actions were taken to advocate for humans, they would be acceptable to the public.”

Scott Morrison thinks that caring for animals and protesting to protect them is un-Australian, but I can’t think of anything more Australian than protecting those who can’t protect themselves. What an insult to our country and people.#auspol @ScottMorrisonMP #vegan #protest

On Thursday, the AJP announced they will have candidates running for all 10 Lower House seats and two Upper House seats in the upcoming election. Election day is May 18, and most polls predict Morrison will lose.