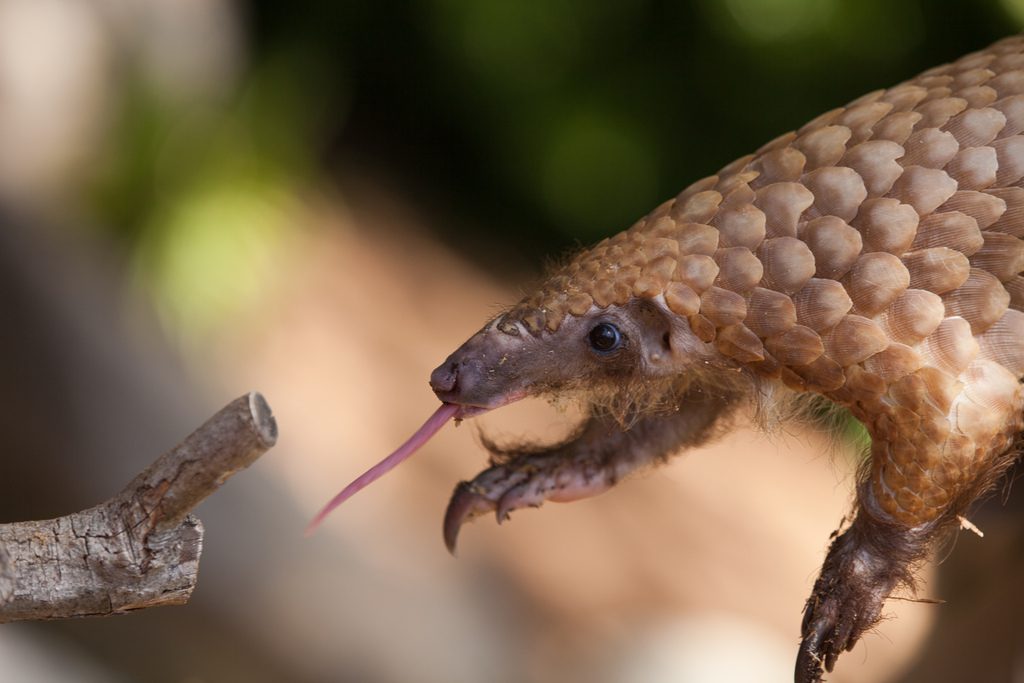 Journalist Rachel Love Nuwer reports from the front lines of the cruel trade of the world’s most exotic creatures in Poached: Inside the Dark World of Wildlife Trafficking (Da Capo 2018). Follow hunters through the forests they poach and stories they tell themselves when they pluck a wild animal from its natural habitat.

“Pangolins will be extinct soon,” one hunter remarked. “But they carry a price like gold.” In Vietnam, the scaly skunk-like creatures are considered a delicacy and used in medicine. They’re worth about $450 each in a part of the world where the average household earns $1,000 a year. Much of China and Southeast Asia grew up understanding that everything had a medical use or function, including consuming wild animals.

But what would we really gain from an end to the illegal pangolin trade? Hundreds of thousands of these animals are trafficked for consumption every year. As we begin to recognize the need for alternative sources of protein, hopefully, we understand the need for less animal suffering, too. Put very simply, the end of illegal pangolin trade would mean one more animal is free from the suffering grip of humans.

Bottom line: The illegal trade of animals in Vietnam alone has put 130 species on the critically endangered list. Poached tells a compelling story of what those animals meant to the people that hunted them—and how that can change.