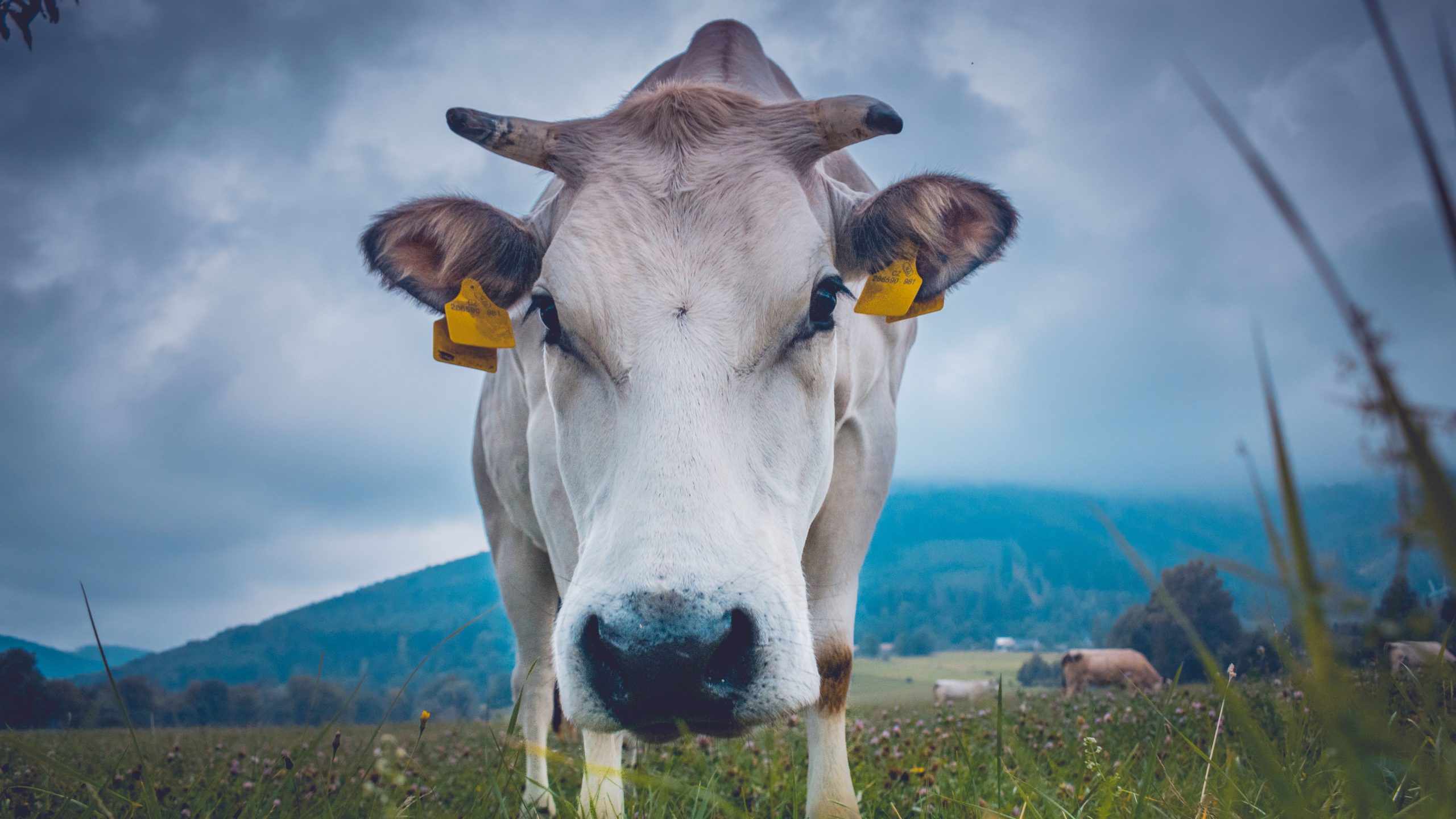 Cargill’s latest investments in robotics is a three-wheeled corralling robot that cost $40,000, which the company says reduces the stress of cattle.

The company, very strangely, calls the robot an “innovation in… welfare of farm animals.” As the history of animal agriculture illustrates, investments in efficiency rarely lead to increases in animal welfare. There is no reason to believe that a robot incapable of compassion would be any different.

Cargill’s other claim is that using the robots will protect human workers from the animals. Animals do not enjoy being confined and are often aggressive towards their handlers. But even at this early stage, the price point of the robot shows that it is a cost-effective replacement for human workers.

Meanwhile, lack of space in the Netherlands is prompting experiments with floating farms. The world’s first one claims that the “cows will live in a garden-like environment to ensure the highest standards of animal welfare.” But it is unclear whether or not cows will respond well to living on a raft. The facility is fully automatic, and the milking will happen robotically.

Of course, what is not mentioned is that all dairy cows, in order to lactate, are first forcibly impregnated. Their calves are removed immediately after birth. The milk they produce for their young is taken by humans. But will this change in habitat lessen the need for antibiotics? Will it give the animals more space to move? Will it realize any of their instinctual behavior or otherwise help them live lives with less suffering?

These new investments aim to make animals, even more, a cog in the machine. One wonders whether the companies should invest in robotic cows and synthetic milk instead. Then and only then could they make claims about animal welfare that we could perhaps agree with.

A problem too big for robots

Let’s review the all-important term here: animal agriculture. There are over 100 billion farmed animals alive today. That’s more than 10 times the number of humans in the U.S., where most humans live with enough space to flap their figurative wings. But given this luxury, we still condemn 99% of farmed animals to spend their entire lives on industrial, large-scale factory farms in miserable conditions.

But factory farms don’t tell the whole story. We often leave fish out of the animal welfare debate, perhaps because of their distance from the average human being.

Anywhere between 37 and 120 billion fish are killed on commercial farms each year, with another 2.7 trillion caught and killed in the wild. On factory farms, fish have almost no protections.

Warning: This video from the first large-scale investigation of intensive fish farming in Europe is disturbing. Some fish survive out of water for hours covered in ice on their way to the slaughterhouse. It shows fish thoughtlessly scooped out of nets and thrown into plastic containers, where slowly asphyxiate. Some of them miss the bin and flap to death on the floor. If they’re still breathing, they die by blow to the head.

It seems hard to imagine a future where all these symptoms of the industrial food system miraculously disappear.

The fundamental difference between “harvest” and “slaughter”

Okay, time for a very simple analogy. Robot herders are to animals as tractors are to wheat. Yes, both devices significantly change the way humans harvest food. Wait. Stop right there. That claim breaks the most fundamental rule of animal welfare.

“Anytime anyone uses ‘animals’ and ‘harvest’ in the same sentence, you gotta call out that B.S.” @vegan announced on Twitter. “Killing animals for food is ‘slaughter.’ Any other word is a dishonest attempt to mask the reality of what’s happening.”

Now, to tread ever-so-lightly forward, if robot herders are to animals as tractors are to wheat, then all they’re going to be very good at making the processes more efficient. They’ll help farmers produce more in a shorter amount of time. And if robots are anything like tractors, ultimately, the fear is that they’ll move the perceived responsibility from human hands to spinning blades.

That’s not necessarily the most humane in the way animal advocates understand the humane treatment of animals, just further removed. Robots might shorten the wait on the way into the slaughterhouse, but they can’t fix animal agriculture’s animal welfare problem unless they convince a nation of meat eaters to stop killing animals for food.

That might not be as hard as you’d think. Half of Americans surveyed would rather go vegetarian than kill their own meat. Some even went as far as to say they’d change their diets right now and become flexitarians. See how people in your state responded.

The sooner we stop trying to optimize animals’ lives to produce even the most “humane” meat, milk, and eggs for human consumption and start treating them like sentient beings, the better.

Proposition 12 in California would establish new cage-free housing requirements for baby veal calves, mother pigs, and egg-laying hens. The ballot initiative looks similar to California’s first “cage-free” initiative from 2008. Proposition 2 requires space for farm animals to move around freely, lie down, stand up, and fully extend their limbs. The major difference here is that Proposition 12 specifies the number of square feet needed for each animal.

As you can imagine, “room to spread out” was open to interpretation, especially when the animal has wings. To be exact, Prop 12 would guarantee 43 square feet of floor space per calf by 2020 and 24 square feet for pigs by 2022.

Prop 12 might not fix all of the welfare problems with animal agriculture either, but as we say, progress is progress.