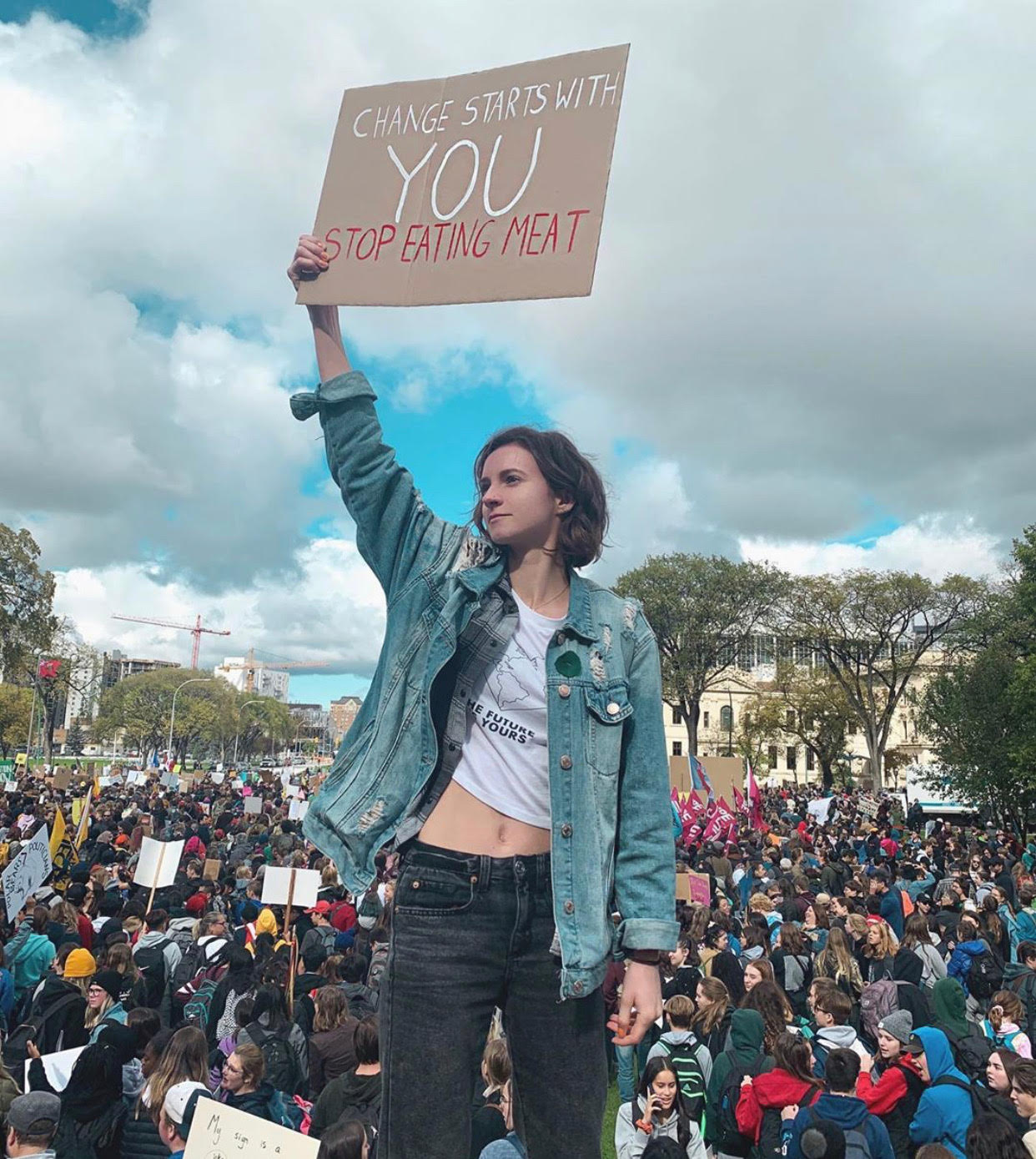 VIDEO: Inside an Italian Pig Slaughterhouse

“Greta is vegan for the planet. Are you?” read my sign at the Climate Strike this past Friday. There were many clever signs, some promoting wind power, some bike-riding, the majority simply quipping that the world is on fire and that someone should do something about it. Kids and teens, adults, and seniors joined in unison to scream about “climate action! When do we want it? Now!” There were many demands made throughout the day. Few solutions on offer, though. Except, there was my sign, and my friend’s sign, asking how an environmentalist could not be vegan. Other vegans scattered through the crowd, sharing information on the environmental harms of animal agriculture, offering a very real, attainable and immediate form of climate action that each person could go home and partake in right now, without awaiting governments or CEOs to make a move: go vegan! My friend was told her sign was “ignorant,” though. And the faces that read my sign ranged from confusion to disdain. Some parents pulled their kids away.

It seems that even with such mounting scientific research and media coverage pointing to animal agriculture as a leading contributor to greenhouse gas emissions, water pollution, deforestation, wildlife and biodiversity loss, the kids, and their parents, still need some schooling.

So take a seat, class! 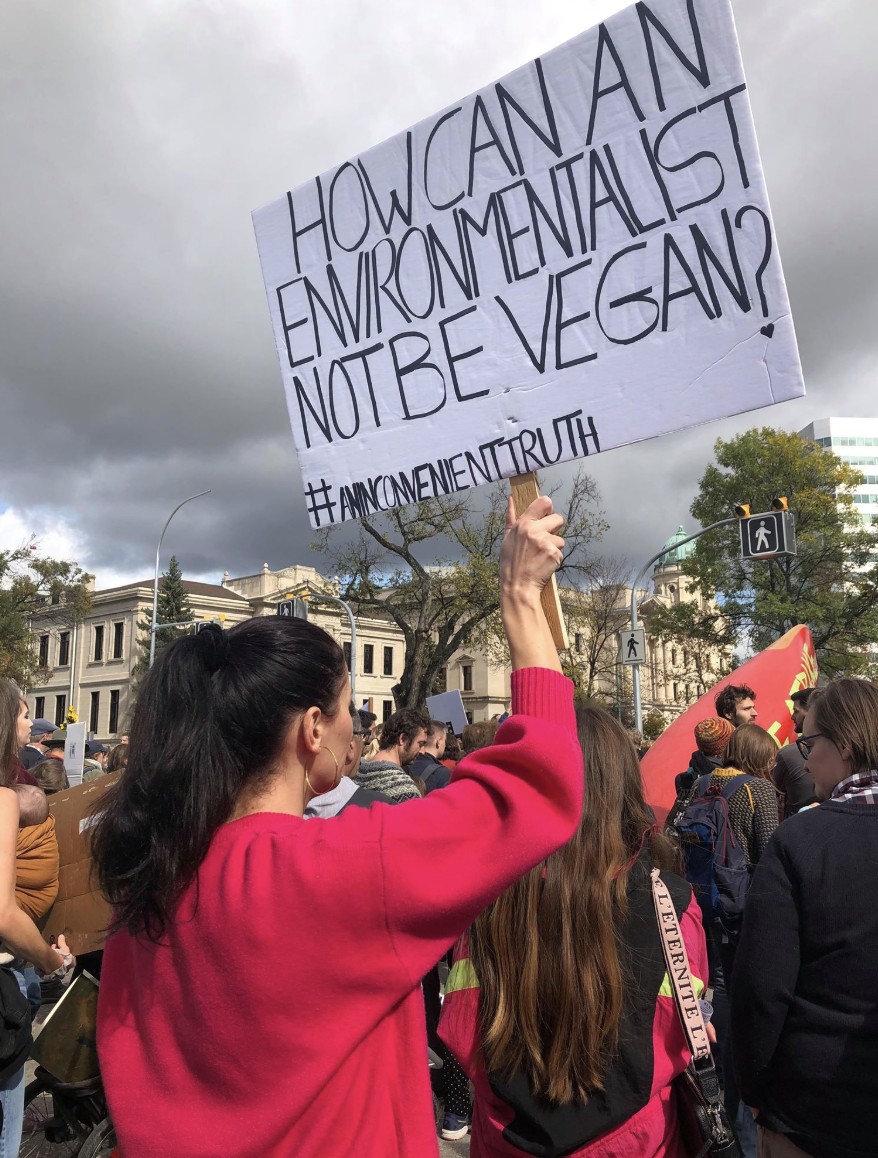 If you want climate action now, switching to a plant-based diet is the obvious next step to help your precious planet. By opting out of consuming meat, dairy, and eggs, you would reduce your carbon footprint by up to 73 percent. You would cut your water footprint by at least half, and you would prevent the breeding and brutal slaughtering of another animal every single day. The impact, says University of Oxford scientist, Joseph Poore, would be “far bigger than cutting down on your flights or buying an electric car.”

And if everyone went vegan, 75 percent less land would be required to feed everyone, meaning many lands could be re-wilded, and ecosystems and wildlife could be restored.

Not to mention, as we learn more about the sentience of animals –how they can experience terror and feel pain– and about the inherent cruelties of modern animal farming, ending our financial support of their suffering is a power move not only for the planet, but also for the future supply and demand of animal products. Econ 101: stop buying meat, dairy, and eggs now, and fewer animals will be bred into needless misery later.

That’s right, you hold that much power, right on your plate.

And be not afraid, parents, the American, Canadian, and British dietetics associations, the Canadian Pediatric Society, and many other nutrition authorities the world over, all agree that a well-planned vegan diet can be perfectly healthy for people in all stages of life, including childhood and adolescence. Well-planned is the key, and thankfully with an abundance of information right at our fingertips, and more plant-based products becoming available by the day, going vegan is now easier than ever. And more necessary. So be proud parents, of raising such responsible and compassionate individuals.

Of course, going vegan isn’t the be-all and end-all of climate action (there’s more that even seasoned vegans could be doing), but as far as immediate individual action goes, it’s about as great a start as you can get.  So don’t look away, climate strikers, read the signs, consider for a moment just why Greta is vegan, and the impact you too could be making, for the planet, the animals, and your health, by going vegan.

Don’t just scream about it. Do something.